June 12, marks 23 years of flight for the Boeing 777. The program for this aircraft was initially launched in October 1990 with an initial order from United Airlines.

N7771, the first aircraft, took off at 11:45 a.m. on June 12, 1994 for the very first time, powered by Pratt and Whitney PW4074 turbofans. The aircraft which performed the first flight now flies for Cathay Pacific as B-HNL.

The first flight was operated by Boeing Commercial Airplanes’ Chief Test Pilot, John E. Cashman, and now-retired Boeing executive, Kenny Higgins. Cashman stated, “The whole 777 program has been the highlight of my career.” Both pilots successfully flew the test aircraft for 3 hours and 48 minutes, marking the first flight of the Boeing 777.

After the aircraft’s first flight, Boeing delivered the first 777-200 to launch customer United Airlines on June 7, 1995. The airline initially placed an order for 34 Pratt and Whitney powered aircraft, valued at $11 billion, in October 1990. N777UA, the launch frame, still flies for the Chicago-based carrier today.

Since the beginning of the new aircraft program, the 777 has been labeled a success. Between 1990 and 1994, the aircraft received 112 orders. Today, the 777 continues to be one of Boeing’s best-selling models as it has received 1,911 orders to date, with 1,484 aircraft delivered.

Shortly after the 777-200 entered service on June 26, 1995, Boeing authorized the production of the larger Boeing 777-300. Three years later in June 1998, Cathay Pacific received the first 777-300. This variant of the aircraft has been the most successful, with over 815 aircraft ordered and 725 delivered. Airlines around the world continue to use “the triple-seven” to fly long-haul transoceanic flights every day.

Part of the aircraft’s success can be attributed to Boeing working with major airlines to create a design they liked. The aircraft was built with input from eight major airlines: including All Nippon Airways, American Airlines, British Airways, Cathay Pacific, Delta Air Lines, Japan Airlines, Qantas, and United Airlines all played a role in helping develop the aircraft. 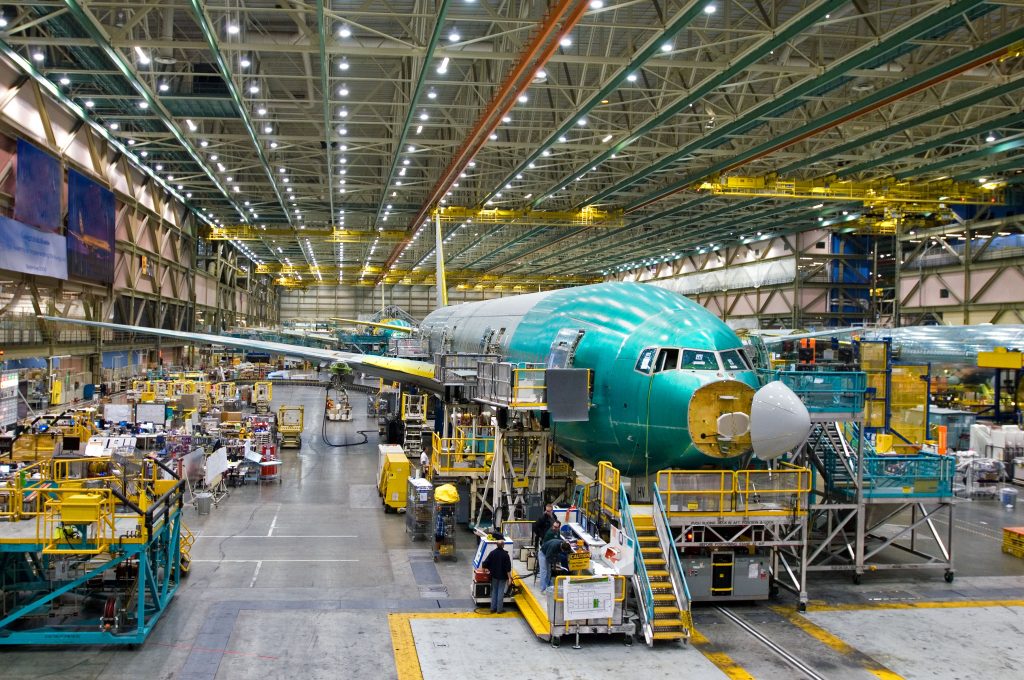 A look at the 777’s nose and door factory (Photo: Boeing)

Emirates operates the largest 777 fleet in the world, with 158 passenger and freight aircraft. The aircraft makes up for over half of the airline’s fleets and operates short, medium, and long haul routes.

As airlines have started looking to replace aging 777s, Boeing recently announced the new 777X aircraft. The brand new aircraft has been designed to be the largest and most efficient twin-engine jet in the world, featuring 12 percent lower fuel consumption and 10 percent lower operating costs than its competitor. The aircraft currently has 306 orders for the -8 and -9 variant.

As the Boeing 777 continues to be one of the safest and most successful aircraft flying in the skies today, the aircraft will continue to create new milestones and developments in the world of aviation.