Delta’s first A350 in paint on the flightline (Photo: Jujug Spotting)

On Wednesday, Delta’s first Airbus A350-900XWB emerged from the paint shop near the manufacturer’s facility in Toulouse, France dawning the carrier’s paint scheme. This is the first of 25 frames that the Atlanta-based airline currently has on order.

The paint job is another step in the right direction as the airline prepares to take delivery of their first A350 in July replacing older widebody jets, including the iconic Boeing 747. Delta’s first A350XWB, registered as F-WZGP, completed its maiden flight on May 23, 2017 in Toulouse. The aircraft is expected to wear the registration N501DN when it arrives in the U.S. 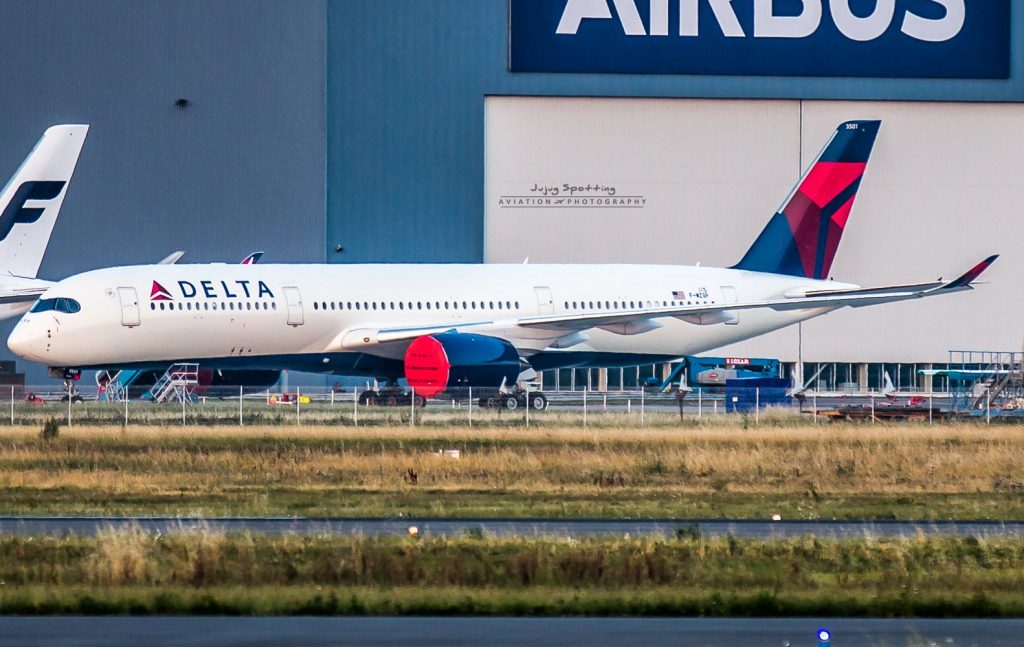 Delta’s first A350 in paint on the flightline (Photo: Jujug Spotting)

Last month, the carrier deferred 10 A350-900XWB orders while purchasing 30 additional Airbus A321 aircraft. These airplanes were slated to be delivered in 2019-2020 but are now delayed by two to three years.

“We appreciate the partnership of Airbus, Rolls-Royce and GE Aviation as we exercise what’s best for our business, our employees and our customers,” West added.

With the upcoming Airbus A350-900XWB delivery, Delta will become the first operator of the type in the U.S.

Editor’s Note: All images in this story are courtesy of Jujug Spotting