Whether or not early reviewers favorably view the Apple Watch, 2.3 million customers with pre-orders have left major international airlines competing to create the best app available for the new device.

A long list including American Airlines, Delta, United, JetBlue, British Airways, Air France and more have all been slowly updating their Apple iPhone apps to incorporate notifications and other features on the new watch. Each airline has gone about designing the app in their own way, but all serve the same purpose of providing needed information and changes to customers in the quickest way possible. Common features across apps include the ability to check in for flights, see gate changes, and connection details.

JetBlue’s Director of Digital Commerce, Maryssa Miller, stated, “We were very thoughtful about the Apple Watch experience and how it differs from the smartphone app. We looked for every moment in time we could to make the experience simpler for the user and hope to see an Apple Watch or two with our app in flight as early as this weekend.” 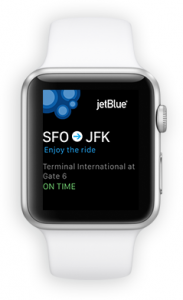 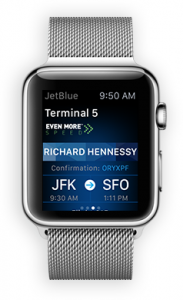 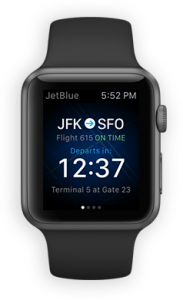 The Apple Watch, with a price range of $349 to $17000, aims to open up a rapidly expanding wearable industry in a time when airlines are navigating through the decision process of whether or not new technology truly benefits its customers and translates into further income and customer loyalty. With offering an app that caters toward a wide range of customers, each airline is hoping to further its reach into customer demands and better the overall flying experience.

While the majority of major carriers have been quick to adopt the Apple Watch and have been updating their apps, both Southwest Airlines and Virgin America instead have chosen to delay app development for the watch at this time. Southwest has previously chosen to slowly make advances in its technology, with one such example being the update to support Apple Passbook nearly two years after the majority of its competitors. Passbook enables customers with iPhones to save their boarding passes on an app and then use them instead of a normal printed ticket. In the meantime, domestic and international airlines alike have jumped on board and committed to supporting the continued development of apps for the Apple Watch, including Emirates.

“In today’s connected world, mobile technology plays an increasingly important role in the overall travel experience of our passengers,” commented Alex Kingge, Senior Vice President at Emirates. “The Apple Watch platform allows us to connect with travelers on a more personal level by providing real time information throughout their journey.”

Ultra-Low-Cost Carrier (ULCC) refers to a carrier that doesn’t offer any amenities or services with their fares. ULCCs often receive harsh and significant criticism here in the U.S., and I have made every effort to avoid traveling on them until this point. However, I have been curious about why people…