Boneyards and M.R.Os Series (Part One): An Introduction and Some Common Questions

A lot of curiosity has been growing recently, from not only our team, but also our audience on what exactly happens behind-the-fence at boneyard airports. Throughout the near future, our team will be digging deeper to find answers to your questions through inside source Richard Averitt, who is employed at an M.R.O. company. 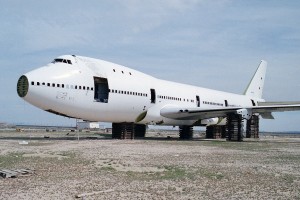 What parts are the most valuable in the market?
Avionics and Quick Engine Change (QEC) items are a safe answer, but I know the AvGeek will want specifics. The starter, IDG, and FADEC will be some high-value items below the pylon while primary displays, flight management units, and inertial navigation units are other valuable parts. Oh yeah–don’t forget that APU either. 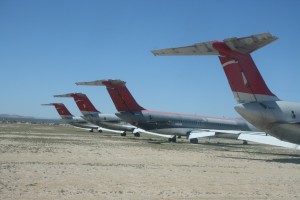 The costs of bringing an aircraft in?
Assuming you are tearing a plane down at your facility, you’re mostly concerned with the costs of the ferry flight.

How many are still capable of flying?
Depends. Some are stored and some are slated to be torn down. If they flew there, then there’s a way to fly them out for a certain period of time.

Is there a difference between a boneyard and storage facility?
It depends on the fate of each particular aircraft. However, no. Most facilities are one in the same.

Why are some boneyards so tight on security?
Because most are active airports and have to keep it secure just like any other airport. Each part that come off each plane is also worth something. With

people coming and going each day, they try to keep tabs on a lot of people – which can be very challenging. Lastly, sometimes you don’t want the competition to see your new airplanes which may have just landed. 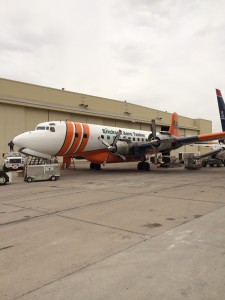 There’s more to say. My answers are based on our GYR facility and 777’s. There’s a lot to explain behind each answer.

Editor’s Note: Do you have a question that you’d like answered? Send the author an email at [email protected]

International Airlines Group (IAG) announced its Q2 results on Friday that indicated progress in the consortium’s recovery from the pandemic. The parent company of the U.K. and European airlines including British Airways, Iberia, Vueling, Aer Lingus and LEVEL revealed an operating loss of €967 million ($1,148 million) that compares to…

Considered as the most popular leisure airline of Germany, Condor Flugdienst GmbH has made the decision to order 16 Airbus…