When it comes to “AvGeek beach paradise” only one airport and beach usually comes to mind: St. Maarten and Maho Beach. The thrill of being near aircraft as they fly into Princess Juliana Airport makes St. Maarten a must for any aviation enthusiast.  However, an airport in Bermuda provides a small, isolated beach near L.F. Wade International Airport and it might be the best alternative to the St. Maarten experience. Bermuda is located about 1000 miles northeast of St. Maarten and is British instead of a French-Dutch split. 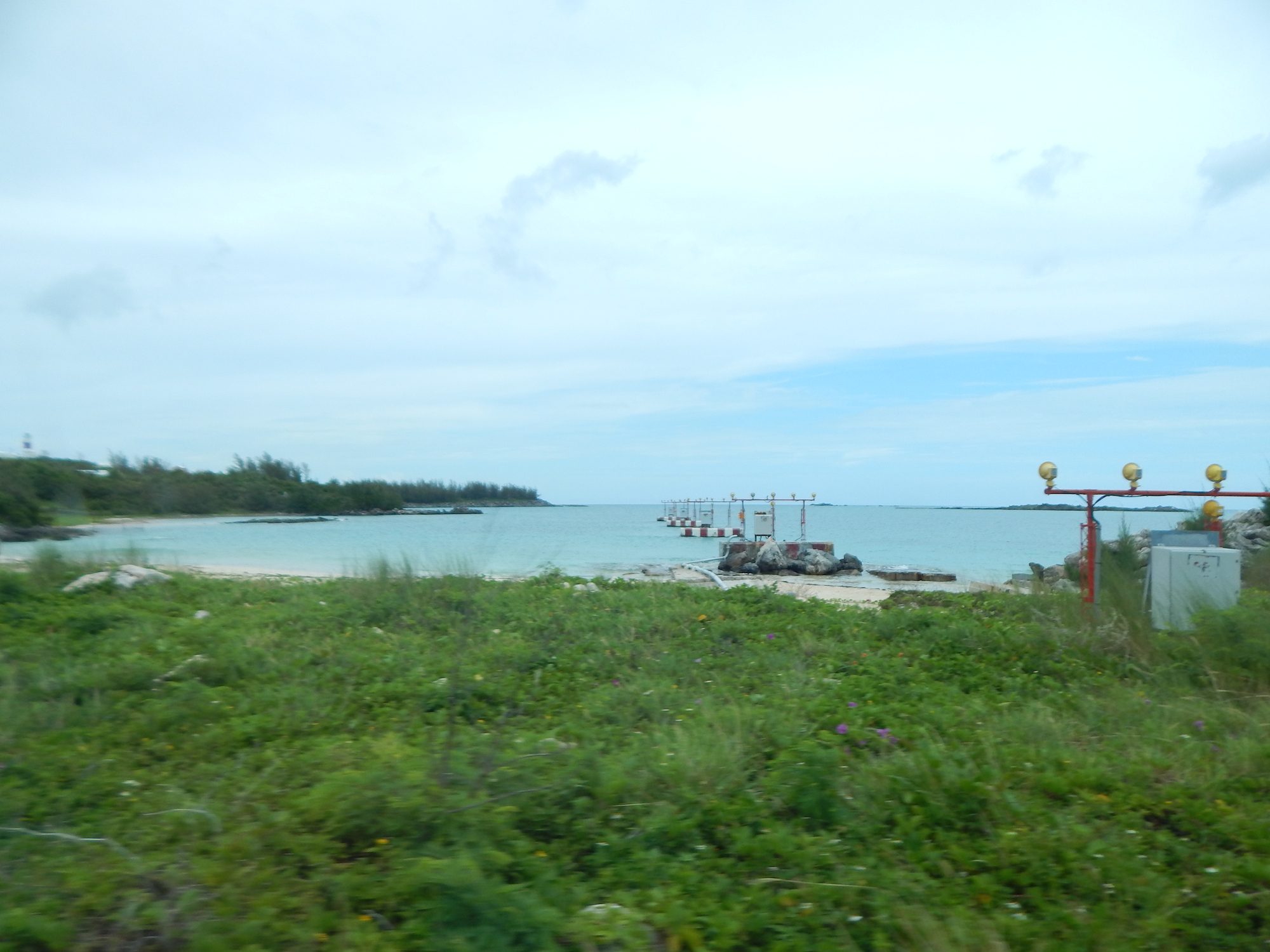 Bermuda’s secret beach is named Annie’s Bay, and although not as close to the end of the runway as Princess Juliana or as crowded, aircraft at Bermuda’s L. F. Wade International Airport can have some low approaches. Annie’s Bay is located 1,000 feet to the east side of the airport’s lone runway 12-30.

The beach, although smaller than Maho Beach, comes equipped with landing lights and a small gravel lot for you to park your scooter (since it’s impossible to get a car as a tourist in Bermuda) or you can take a cab along with a small grassy area if you want to avoid standing on sand. The airport is located on the northern end of the island, with Annie’s Bay being isolated away from any restaurants or restrooms. The closest place for food and housing is in the town of St. George, north of the airfield on a different island. The airport’s location is across the island from the cruise ship port, so road traffic is lighter and more navigable than the south side of the island on port-in days. A larger beach, Clearwater Beach, located south of Annie’s Bay also offers side shots of approaches. A small hill north of the airport also allows for views of the runway and a paralleling taxiway without a fence obstruction.

Bermuda, being a more expensive and smaller island than St. Maarten, sees less traffic than Princess Juliana does. Bermuda saw 900,000 people travel through its airport, compared to St. Maarten’s 1.6 million. Flights in and out of Bermuda are dominated by US carriers too, with American, Delta, jetBlue, and United flying most of the flights to and from the British island. British Airways serves the island from the European side, with a Boeing 777 being flown in once a day around 5 pm. The Canadians also appear in Bermuda, with WestJet and Air Canada flying to Toronto. Most of Bermuda’s other traffic is private jets, with wealthy or prominent people flying their luxury jets into L.F. Wade Airport, specifically Michael Douglas, who is part Bermudan and owns land on the island. Bermuda only has one cargo flight right now, with Canadian airline CargoJet flying one Boeing 727 into the airport daily.

Bermudan security can be a bit picky when it comes to planespotting, however. The airport was previously a NATO and British military base and can still see some military traffic, with US and British Lockheed C-130s, Boeing 737s, and C-17s making appearances from time to time. Omni Air also operates some charters into the airport, sometimes for military purposes. Although these aircraft bring a little more variety, this also leads to some police being less willing to have planespotters around the airport, but most cops are nice and will understand what you are doing. Like most airports around the world, Bermuda’s airport is surrounded by a fence on all sides.

The airport is surrounded by water on all four sides, and is lower than its surrounding land, so planespotting can happen on all sides, but some sides might be obstructed by road traffic. The terminal is not visible from Annie’s Bay or Clearwater Beach, but the executive ramps are.

Although not as popular or as thrilling as the low approaches at it’s Dutch/French counterpart, Bermuda’s Annie’s Bay should not go without mention. The experience of having a whole beach to yourself to planespot is something that rarely happens at St. Maarten with its popularity spike over the last 15 years, especially with more  cruise ship traffic. By no means is Annie’s Bay better than St. Maarten, the airplanes are lower and more frequent at SXM and that makes the thrill better, however, if you find yourself in Bermuda or just craving a “quiet” beach to planespot, then L.F. Wade International Airport is the place for you.