Just 13 years after the Wright brothers took their first flight, beginning the age of flight, Bill Boeing takes his first airplane for its initial flight. Boeing incorporated the Pacific Aero Products Company, on July 15, 1916 then renames it to Boeing Airplane Company the following year launching what will become one of the world’s largest multinational corporations in aerospace and defense.

Almost every week you see a new order for aircraft sent to Boeing for either commercial or military aircraft for millions of dollars. Though in 1917, the first major order came in for the new company. The Navy ordered a Model C, which was a seaplane trainer and then a few years later the Model 40 which was also Boeing’s first passenger airplane.

For many of the early years, Boeing focused on military aircraft. Spanning several wars, the demand was high to produce bombers and fighters. With incredible success, the B-17, B-29, and B-47 proved Boeing was here to stay. Famously, a B-29, The Enola Gay, dropped the atomic bomb on August 6, 1945.

Beginning in the late 1940s, commercial jetliners were starting to take shape and Boeing was not going to miss out. By 1954, Boeing’s prototype jetliner, the 367-80 began testing which quickly led to the widely popular 707. The 707 outsold all of its competitors and was the victory that the company needed to break into the commercial market.

The next major announcement was the plan to build the 747. Arguably the world’s greatest aircraft, Boeing was making a huge gamble that the first widebody jetliner was going to be a success and nearly bankrupted the company. For the remainder of the century, Boeing went full-throttle into production of commercial airplanes that are now a staple for every airline, including the 767, 757, and of course the 737 which became and still exists as the world’s best selling aircraft. Today, new Boeing planes are delivered daily to customers all over the globe providing safe passenger travel and military resources.

Boeing’s main production facility is in Everett, Washington and corporate headquarters are located in Chicago, Illinois. This recognizable name has been able to stand the test of time for 100 years battling everything from competitors, unions, and risky projects. They have always come out on top and it will continue to be exciting to see what will come next from Boeing.

On the day of the 100th Anniversary, July 15, Boeing held a special Centennial Celebration for employees and retired employees at the aptly named Boeing Field in Seattle, Washington. Attending the first of a three day celebration was a very special experience from the point of view of an AvGeek, especially one that has grown up in Seattle with Boeing being the local manufacturer.

I started my drive down from my hometown to Seattle’s Boeing Field, not to be confused with Seattle-Tacoma International Airport. I arrived at the media parking lot and was quickly checked in with the Boeing press wranglers and put on a van to the main event, being held just outside the Museum of Flight. After a second check-in we received our official Boeing Media passes and were walked to where we were to be set up during the presentation that would be given later in the day. We spent the first hour and a half with an escort on the flight line taking photos of the event and the wonderful 7 Series line-up that was presented at the event. Seeing every 7 series airplane, starting with the 707 and ending with the 787, is an amazing experience that is very rarely seen. The full line-up consisted of an Omega Tanker 707, a Delta Air Lines 717, the first 727 ever produced (featuring a retro United livery), a special 100 year Alaska Airlines 737, a Cathay Pacific Cargo 747-8F, a United Airlines 757, a FedEx Cargo 767F, an Emirates 777, and an ANA 787.

After our free time was up, we were taken up into the specially set up grand stands for the centennial presentation. We got into position and watched the thousands of Boeing employees and families file in and take their seats. In front of us was a small stage and a large screen showing historic videos from Boeing.

The presentation officially kicked off with a low pass of Boeing’s newest military project, the KC-46 tanker. An opening speech was given by the company’s CEO, Dennis Muilenburg, thanking the employees and presenting a video that unfortunately had sound difficulties. Mr. Muilenburg was followed up by Bill Boeing Jr.’s wife who also thanked the company’s employees for allowing Bill to do what he loved. A few other employees also gave speeches including Ray Conner, the CEO and President of Boeing Commercial Airplanes, an intern, a Boeing employee who was at one point in time a refugee from the Civil War in Sudan. Every speaker spoke about the Boeing family and how mucheach one of them has been affected in some way by the Boeing family. The show was completed with another video, this time looking forward into the next 100 years of the company. The event was closed out with a fly by of Boeing’s newest commercial aircraft, the Boeing 737 Max 8.

Check out the photos: 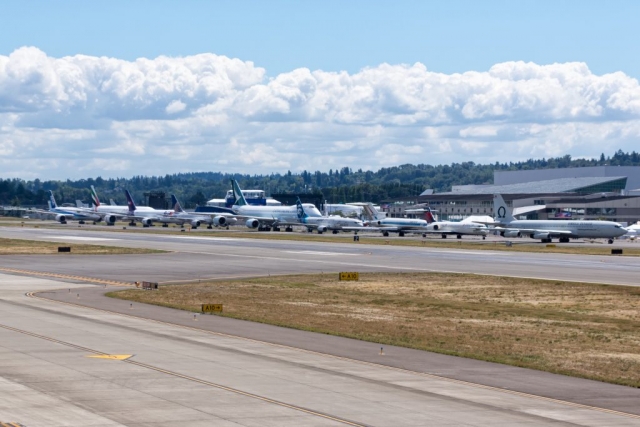 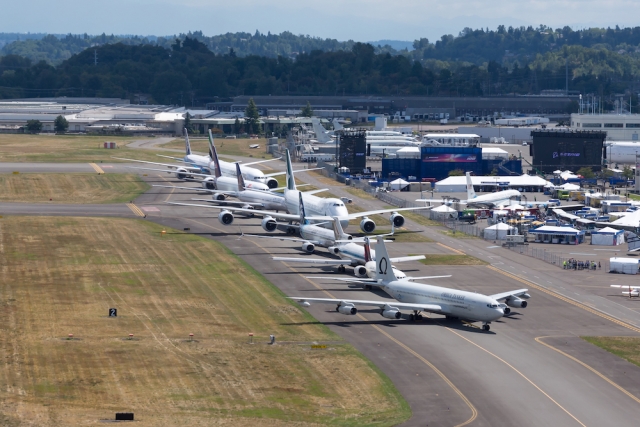 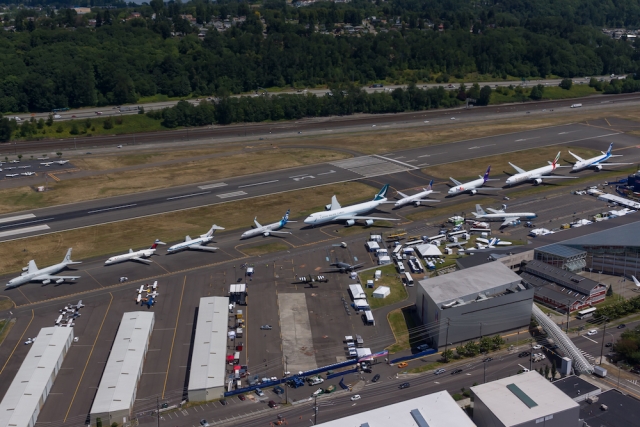 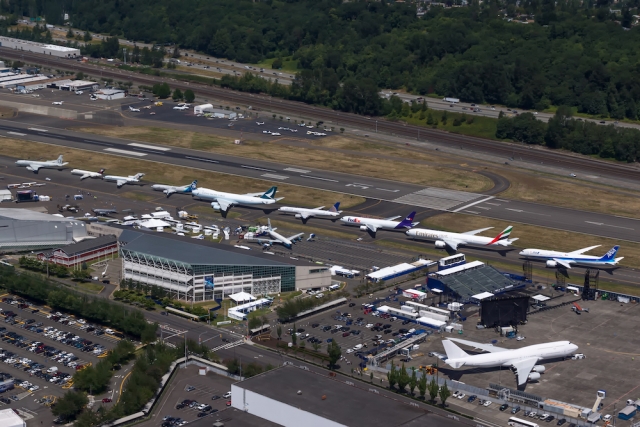 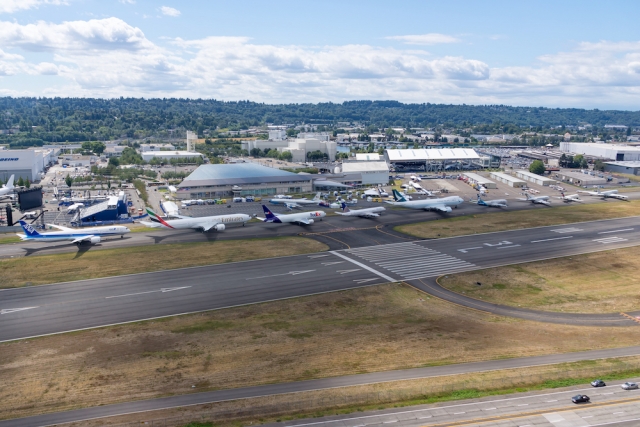 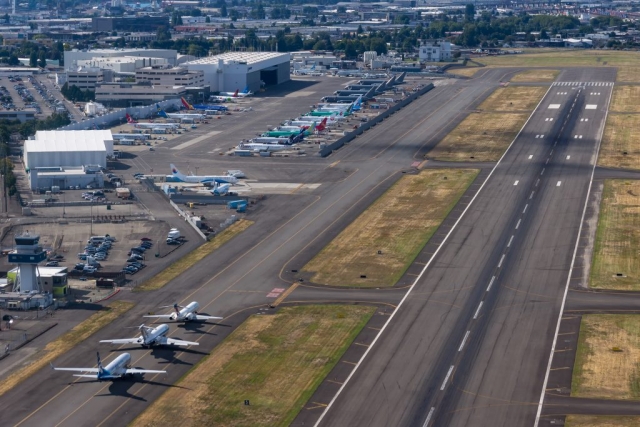 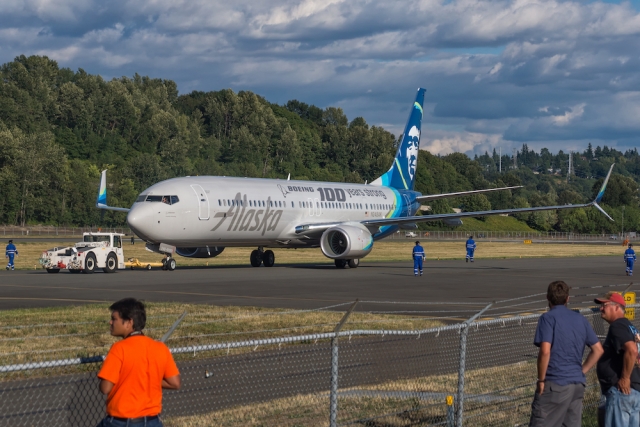 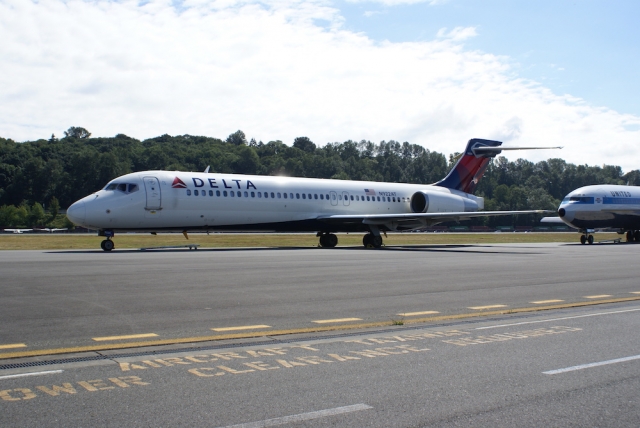 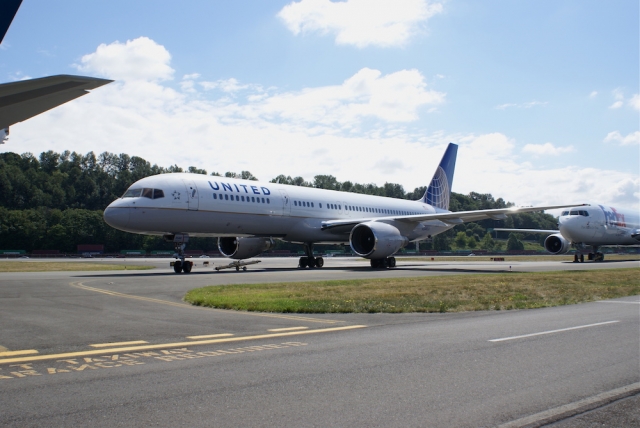 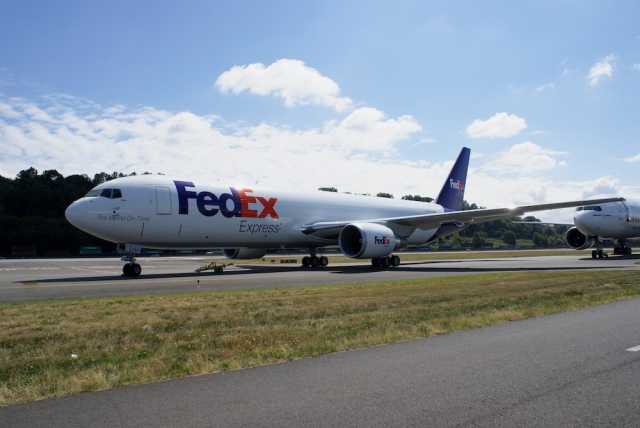 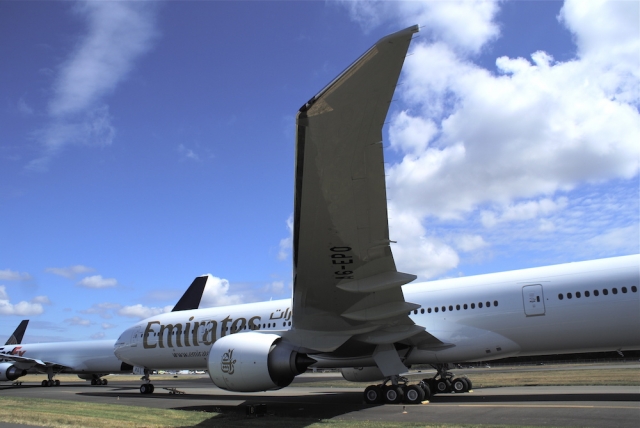 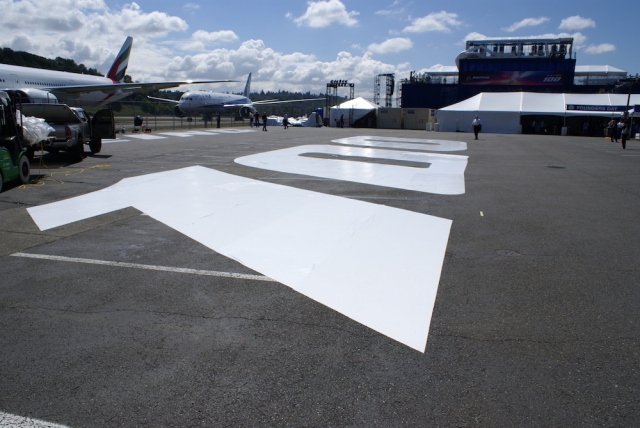