The first airline of Cyprus took off for its inaugural flight 69 years ago in April of 1948, after being established just a few months before in September of 1947. The airline started off with three Douglas DC-3s and continued to expand with the addition of more aircraft and new routes during the 1950s. By 1958, British European Airways (BEA) had taken over all operations of the airline.

Cyprus Airways began transitioning to an all Airbus fleet by the 1980s with its first Airbus A310 arriving in 1984 with eight A320s arriving at the end of the decade in 1989. During this time period, the airline also experienced record profits and carried over half a million passengers. The 1990s continued to show growth for the airline, with over a million passengers flying them every year by the mid-90s.

During the new millennium, Cyprus Airways introduced a redesigned livery as it renewed its fleet once more. Two new Airbus A330s replaced their aging A310s and some other smaller Airbus aircraft were also added to the fleet. In 2003 the airline also founded Hellas Jet, a charter airline based in Athens. This new airline served destinations in Greece and Europe but it never turned a profit.

After continuous financial issues for over nine years, the airline ceased operations on Jan. 30, 2015. Since the airline’s closure, a new airline named Cobalt Air commenced operations from Larnaca International Airport with a fleet of four Airbus A319 and A320 aircraft. Cobalt Air also flies to destinations in Greece and seven other nations in Europe. 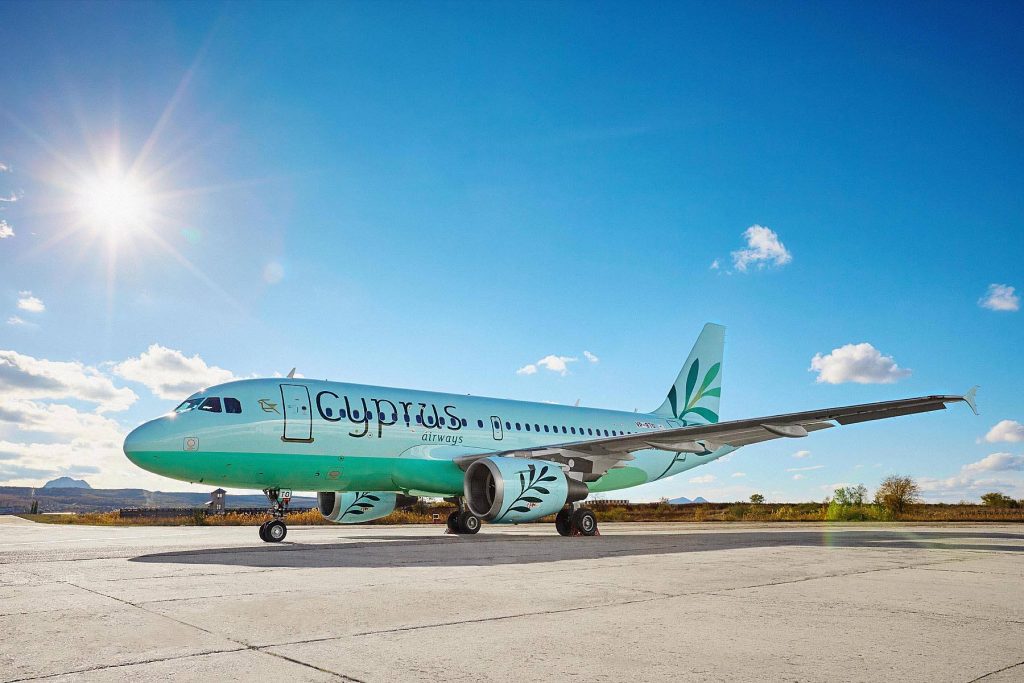 In July of 2016, a new Cypriot start-up airline Charlie Airlines won the rights to use the name and brand of Cyprus Airways for a period of ten years. Russian carrier S7 airline holds 40 percent of the start-up and will provide two Airbus A319 aircraft so it can start operations. Unlike the old Cyprus white livery with a blue tail featuring a bird, the new start-up features a light blue and azure blue fuselage with an olive branch on the tail highlighting the island’s colors and symbols.

While the old Cyprus Airlines no longer flies, the new one officially obtained its Air Operator Certificate (AOC) on Tuesday so it can begin operating passenger flights soon.