As airlines continue to struggle through the virtually nonexistent travel associated with the coronavirus pandemic, they are looking for as many places as possible to cut down on costs in an effort to save money. Many airlines have grounded large portions of their fleets, including inefficient jumbo jets that they would be unable to fill or aging aircraft that burn excessive amounts of fuel.

Now, American Airlines and Delta Air Lines are taking drastic steps to retire the planes that are costing them the most money. American is retiring five aircraft types, while Delta is retiring legendary McDonnell-Douglas planes sooner than planned.

Let’s start by taking a look at the aircraft American is retiring. It has already completely retired its Embraer E190 and Boeing 767 fleets, which it had planned to retire by the end of 2020. Meanwhile, it is accelerating the retirement of its Boeing 757s and Airbus A330-300s as well as retiring 19 Bombardier CRJ200s operated by regional carrier PSA Airlines. 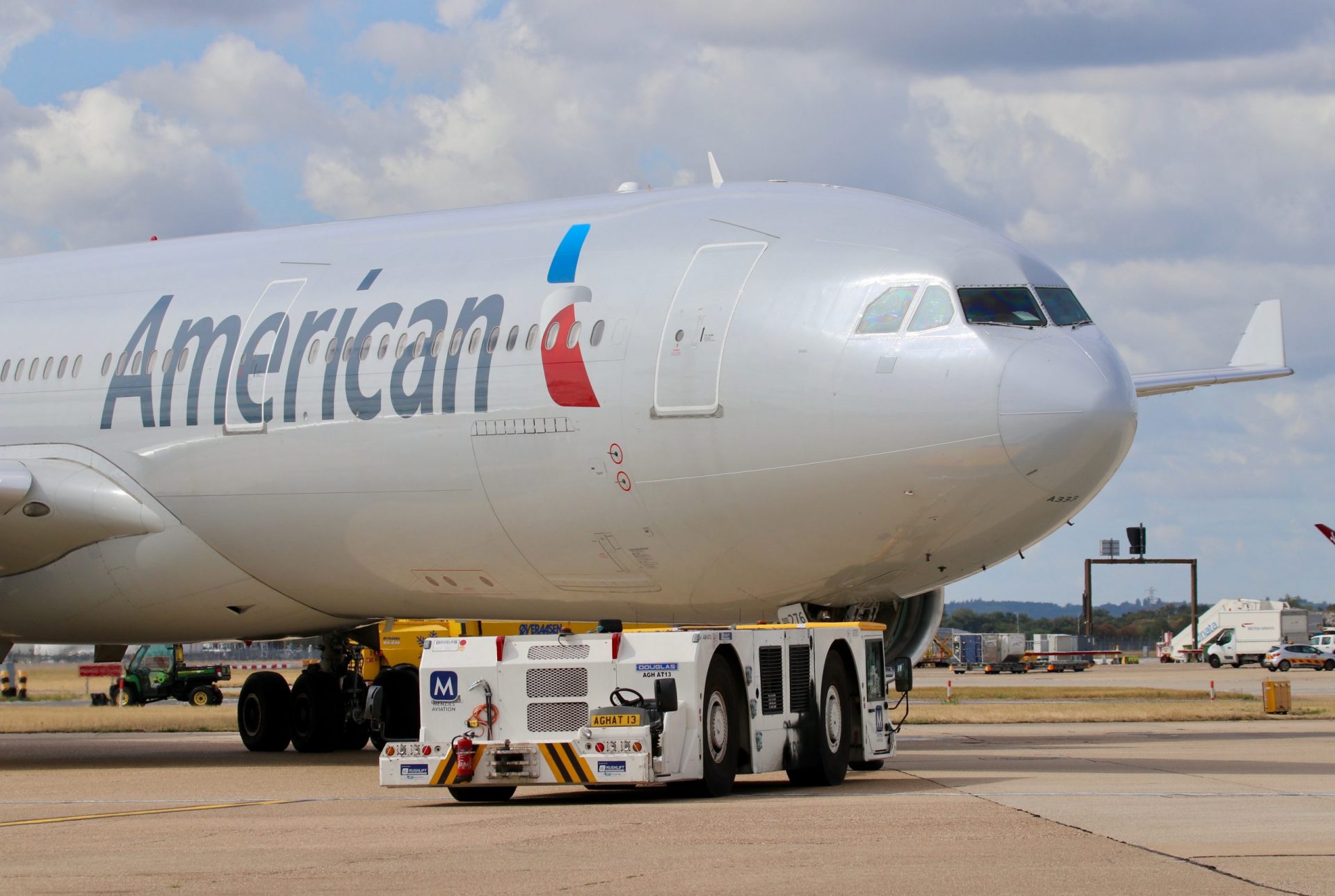 An American A330-300 pushing back (Photo: AirlineGeeks

American has operated the A330-300 since 2000, when US Airways took delivery of the type before merging with American in 2013. The nine planes American operates mainly flew trans-Atlantic routes, and they served the occasional domestic service.

The 757 originally entered American’s fleet in 1989, but America West, which was officially integrated into American as part of the US Airways merger, took the type in 1987. The carrier had 34 757s in its fleet at the start of the year which mainly flew mainland domestic and Hawaii routes as well as some transatlantic and Latin American routes. 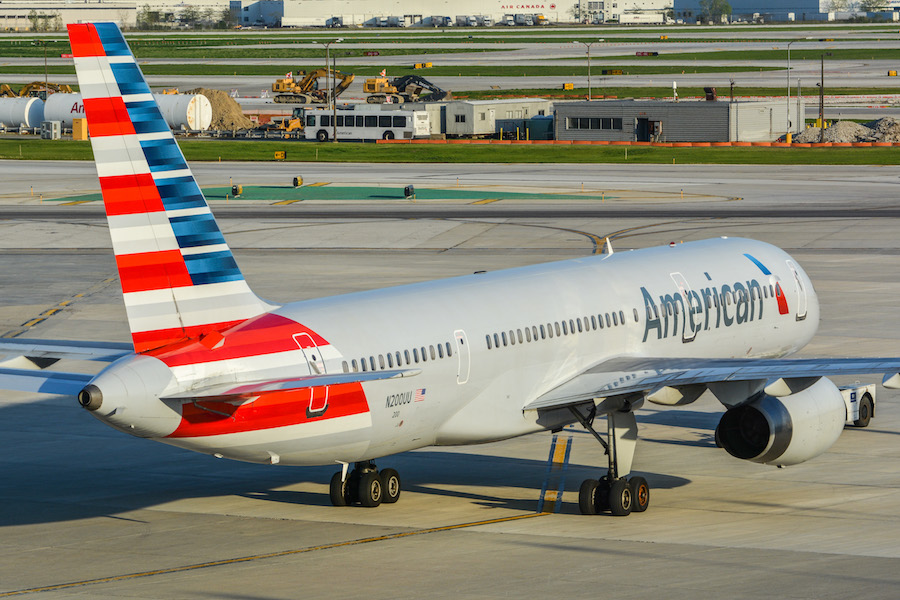 The 767 has been a part of mainline American’s fleet for the longest time of any of the aircraft being retired: it first flew with the airline in 1988. American had 17 of the planes in its fleet at the start of the year. Like the 757, the 767 flew a variety of trans-Atlantic, mainland domestic, Hawaiian, and Latin American services.

Like the A330, the E190 joined US Airways’ fleet in 2006 before that carrier merged with American. At the start of the year, American had 20 of the planes in its fleet. It flew entirely domestic services and offered special support to the American Airlines Shuttle service.

PSA Airlines took its first CRJ200 in 2003, and it operated 19 of the airplanes on Jan. 1. It predominantly served east coast routes, especially those originating from or going to American’s hubs in Charlotte, N.C.; Washington, D.C. and Philadelphia.

American is also retiring 22 of its 46 Embraer ERJ-140s in an effort to cut costs.

“The whole point of simplifying fleets is to drive the cost structure [down] to where it needs to be,” said Derek Kerr, American’s CFO, during the airline’s quarterly earnings call on Thursday.

Meanwhile, Delta is accelerating the retirement of its MD-88 and MD-90 aircraft. Both types, which would have left the fleet at the end of 2020, will be out of the fleet by June. Delta reports that it had 47 MD-88s and 29 MD-90s in its fleet in February prior to the largest passenger dropoffs.

“Delta continues to evaluate its broader fleet plan and will consider additional aircraft retirements to focus on a modern, more simplified fleet going forward,” the airline said in a press release.

The MD-88s are the oldest airplanes in Delta’s fleet with an average age of over 25 years. The airline has been in talks with multiple manufacturers, including Airbus, Boeing, and Bombardier, to find suitable replacements for the aging jets since 2011. 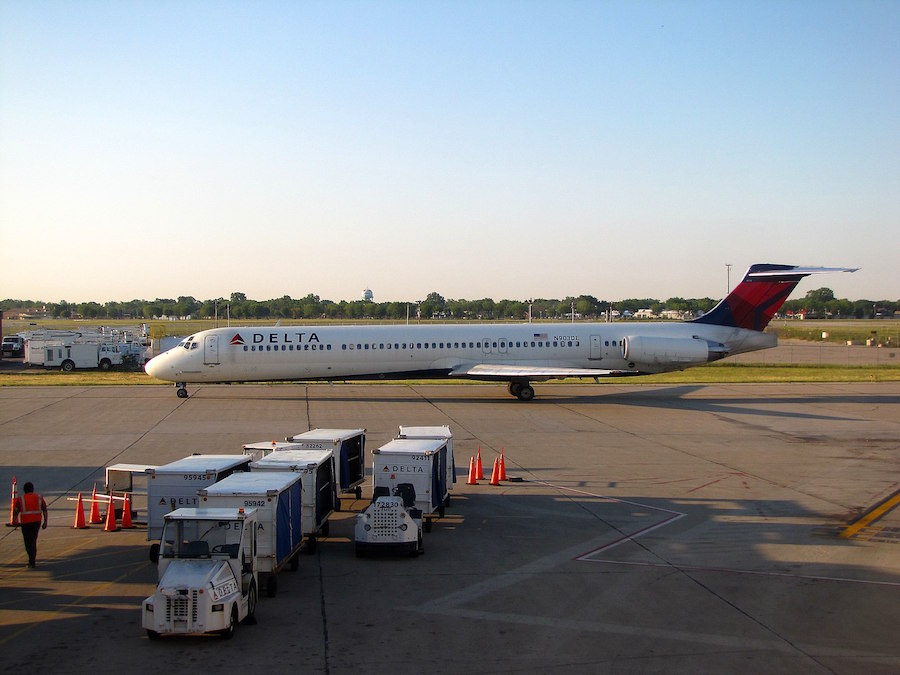 Retiring old aircraft has benefits besides cutting fuel costs. When airlines retire fleets, they have more space to replace them with newer planes that already have counterparts in the airlines’ lineup. This helps airlines to streamline their operations into a select number of aircraft types, reducing training and maintenance costs since the airline only needs to train crew and order parts for a small number of aircraft. It makes finding replacement parts easier and gives pilots more opportunity to maintain recency on regularly scheduled services, leaving simulators open for essential training, further cutting airline costs.

Industry analysts project that the aviation industry could see fleet consolidations around the world in the coming years as airlines retire their old planes and strive to cut costs as much as possible. This could prove problematic for new manufacturers like COMAC who will have to convince airlines to trust the dependability of their planes and make massive fleet changes, potentially with less potential for the manufacturers to prove their airplanes’ dependability in revenue service. It could also be an issue for Boeing’s 737 program, as airlines may begin moving toward Airbus fleets that passengers may be more willing to fly due to the Boeing 737 MAX’s safety issues.

It’s unclear when the aviation industry will rebound from the Ccronavirus crisis. The consensus is that the industry will be able to reach pre-coronavirus levels, but it may take four to six years to convince passengers, especially those traveling for nonessential purposes, to get on an airplane again.

Airlines and airports alike will certainly institute new health procedures to prevent the spread of diseases in the future, but what these procedures will be is still unclear. For the time being, carriers like American, Delta, JetBlue and Frontier will require all passengers on their flights to wear facemasks, while other carriers have required them for crewmembers.