Canada Prepares Federal Aid For Airlines Under One Condition

As the world responds to another spike in coronavirus cases, the airline industry is becoming more and more desperate for federal aid. While U.S. carriers were offered $50 billion in aid money via the CARES Act back in March, their partners to the north are still waiting on a bailout.

However, it looks like Ottawa is ready to talk. According to Global News, Canadian Transport Minister Marc Garneau announced on Sunday he has prepared a federal assistance plan, but it comes with one condition: airlines must provide cash refunds to all customers whose flights were canceled due to the pandemic.

In a statement, Garneau pointed out that passenger numbers are down nearly 90% and dozens of routes have been suspended. One effort to combat the financial effects of the pandemic has been to offer vouchers or credits for canceled flights instead of cash refunds.

However, Garneau has deemed the voucher refunds as an “interest-free loan to airlines” and that customers are “rightly angered.” This is because vouchers and credits can only be used on a specific airline and can only be redeemed if that carrier is still around after the pandemic. Furthermore, in times like these when finances are stretched thin, many people would rather have cash, which can be used for necessities, than an airline voucher. This is especially true when vouchers have restrictions or expiration dates, making them more difficult to use. 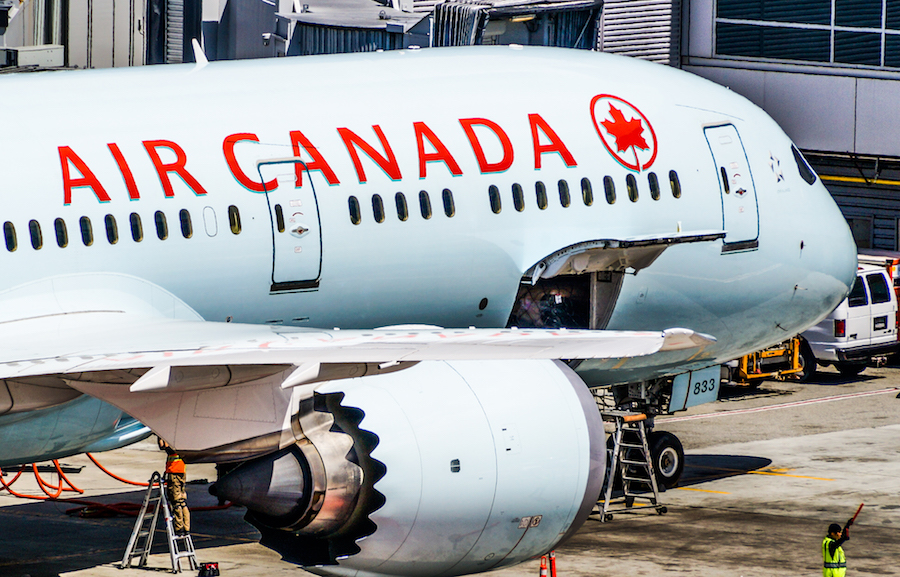 While the industry’s desperation for cash preservation is understandable, banking customer money for services not rendered is unacceptable. Between March and August, 8,000 complaints were made to the Canadian Transportation Agency, most of which pertaining to refunds. Moreover, passengers have filed class-action lawsuits and created three petitions, which garnered over 100,000 signatures, to get their money back.

“Before we spend one penny of taxpayer money on airlines, we will ensure Canadians get their refunds. Regional connectivity is important to Canadians travelling now and in the future,” Garneau’s statement said. “We will ensure Canadians and regional communities retain air connections to the rest of Canada, and that Canadian air carriers maintain their status as key customers of Canada’s aerospace industry. Any assistance the Government of Canada provides will come with strict conditions to protect Canadians and the public interest.”

Although Garneau is holding Canadian airlines accountable, his announcement comes after months of pressure from Members of Parliament (MPs) and passenger rights activists. In June, Garneau actually defended the airlines’ decision to offer only vouchers and credits, explaining that he was trying to protect the carriers from collapse.

“I’m encouraging the airlines to provide the best possible compensation to their passengers when circumstances permit. Some of these airlines are not in a position to do this at this time,” Garneau said at the time.

However, it is now apparent that Garneau has changed his tune. If Canadian airlines agree to fulfill the condition required, the government is ready to offer assistance to “include loans and potentially other support to secure important results for Canadians.” The aid will be in addition to the Canada Emergency Wage Subsidy, which was offered to Canadian employers who had seen a drop in revenue due to the pandemic. Those eligible for the Canada Emergency Wage Subsidy can receive a subsidy to cover employee wages backdated to March 15.

Responses to the Announcement

In October, WestJet became the first Canadian airline to offer cash refunds to passengers whose flights were canceled due to the pandemic, including basic fares. Refunds for flights canceled by WestJet and Swoop began Nov. 2 and are expected to take six to nine months to complete.

The airline was quick to respond to Garneau’s Sunday announcement, stating, “We will evaluate this afternoon’s statement from the Government of Canada and will await greater clarity on what support for the aviation sector might include. As we determine how to proceed in the best interests of our guests, our people and the communities we serve, we won’t be making any further comment.”

Meanwhile, Alberta Premier Jason Kenney supported Garneau’s airline aid plan, saying, “Here in Alberta, the impacts have been felt disproportionately given that we are home to WestJet’s head office, one of our most important employers. Alberta is also home to two of Canada’s busiest airports and we are keenly aware of the economic impact that airlines have, employing thousands of Albertans directly, and contributing to our tourism industry, the fourth-largest employment sector in the province, creating jobs for 127,000 Albertans.”

Kenney has also called on the government to create a rapid-testing plan for airports nationwide, a program being test in Alberta at Calgary International Airport and Coutts border crossing. He explained that rapid-testing would reduce the 14-day quarantine requirement for entering the country and boost the tourism industry.