The morning of Wednesday, Dec. 16, began with news from the United Kingdom’s Supreme Court after it decided to overturn a previous court appeal blocking the expansion of London Heathrow Airport. Prior to today, the expansion was put on hold, again, after the Court of Appeal said the expansion didn’t meet up-to-date U.K. climate targets.

Explaining its decision to overturn that ruling, the Supreme Court said the U.K. government’s airport strategy was legitimately based on previous climate targets that were agreed at the time. Whilst this outcome is a step in the right direction for the long-awaited expansion, any physical construction of the third runway is still distant in the future. Because of today’s ruling, Heathrow can now seek planning permission as well as requiring to host a public inquiry explaining why the expansion is necessary.

The constant expansion of Heathrow has been debated for years, with the last major upgrade being the creation of Terminal Five, which was completed in 2008. In terms of a third runway, this was first floated back in 2003 when the Future of Air Transport White Paper produced in parliament suggested a third runway at Heathrow, and a second runway at London Stansted, to meet the rising demand of U.K. Air Traffic. 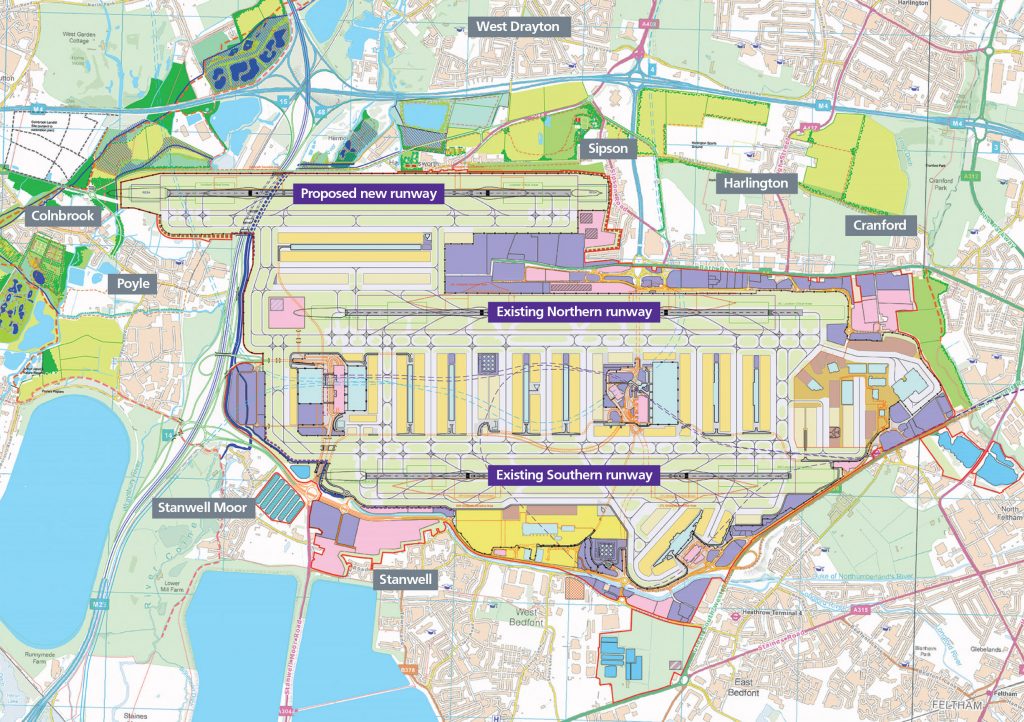 But since then, the idea of expanding the airport has become a political hot potato, with neither of the two major political parties wanting to oversee any expansion which will almost definitely result in villages and homes flattened to make way for the new runway. U.K. Prime Minister Boris Johnson vowed to not let the expansion project go ahead. As Mayor of London, he famously said he would “lie down in front of those bulldozers and stop construction” whilst attempting to convince voters to elect him as the local Member of Parliament for Uxbridge, located just north of London, back in 2015. In 2018, when the U.K. Parliament held a vote on the matter, he scheduled a trip to Afghanistan, allowing him to save face from making a decision to either side with his government or with the people he made promises to.

This year in February, just prior to the covid-19 pandemic taking full effect, the Court of Appeal judged any future expansion as illegal, conflicting with the Johnson government’s climate change policies. At the time, the government said they would not challenge the decision. The case was brought to the Court of Appeals by local councils affected by expansion, environmental groups and the current London mayor Sadiq Khan.

Following this decision by the Supreme Court, Heathrow Airport said, ” This is the right result for the country, which will allow Global Britain to become a reality. Only by expanding the U.K.’s hub airport can we connect all of Britain to all of the growing markets of the world, helping to create hundreds of thousands of jobs in every nation and region of our country.

“Demand for aviation will recover from Covid, and the additional capacity at an expanded Heathrow will allow Britain as a sovereign nation to compete for trade and win against our rivals in France and Germany. Heathrow has already committed to net zero and this ruling recognizes the robust planning process that will require us to prove expansion is complaint with the U.K’s climate change obligation, including the Paris Climate Agreement, before construction can begin,” it continued.