United Airlines and start-up company Boom Supersonic have announced an agreement for up to 50 supersonic aircraft to be delivered from 2029 onwards, potentially making United the first airline in the world to receive a passenger supersonic jet since Concorde.

According to the joint press release, both companies will be working together to achieve the “demanding safety, operating and sustainability requirements” that United will expect prior to delivery. Initially, the airline will take 15 aircraft, with options for another 35 later on. The deal for the initial 15 is understood to be valued at $3 billion, with each airframe costing $200 million apiece.

We're the first U.S. airline to sign an agreement for @boomaero's ‘Overture’ airliners which are expected to be net-zero carbon and connect 500+ cities in nearly half the time. Taking off in 2029: https://t.co/aTeMBwXa10 #BoomSupersonic pic.twitter.com/GOeag9c1HF

The Overture aircraft, built by Denver-based manufacturer Boom Supersonic, will be able to seat between 65 to 88 passengers, depending on airline requirements. The aircraft will be powered by three Rolls Royce engines without the iconic afterburners that Concorde offered and fly at a speed of Mach 1.7 with a range of 4250 nautical miles at a cruising altitude of 60,000 feet.

United hopes the aircraft will appeal mainly to its business travelers, with Boom expecting the aircraft to half flight times on certain city pairings. Mike Leskinen, vice president of corporate development at United said in a press release, ” It has a tremendous amount of value for a big chunk of our high-end business customers,” Leskinen said. “We’ve got our eyes firmly on New York to London for inaugural service and we will evaluate opportunities beyond that.”

The announcement comes only a week after another supersonic venture was canceled. Aerion Corp, a company based in Nevada, abruptly announced the discontinuation of its business supersonic jet program, citing the lack of capital required for the development. 93 orders were made to the company for its 12 passenger AS2 jet valued at around $11 billion.

Boom hopes to be able to replicate the success of Concorde but without the staggering costs that saw the iconic aircraft from operating. The Overture aircraft is expected to be the first large commercial aircraft to be net-zero carbon from day one, optimized to run on 100% sustainable aviation fuel. Whereas Concorde’s only consistently profitable route was London-New York, Boom expects it to be able to operate up to 500 profitable routes, according to Boom CEO Black Scholl. 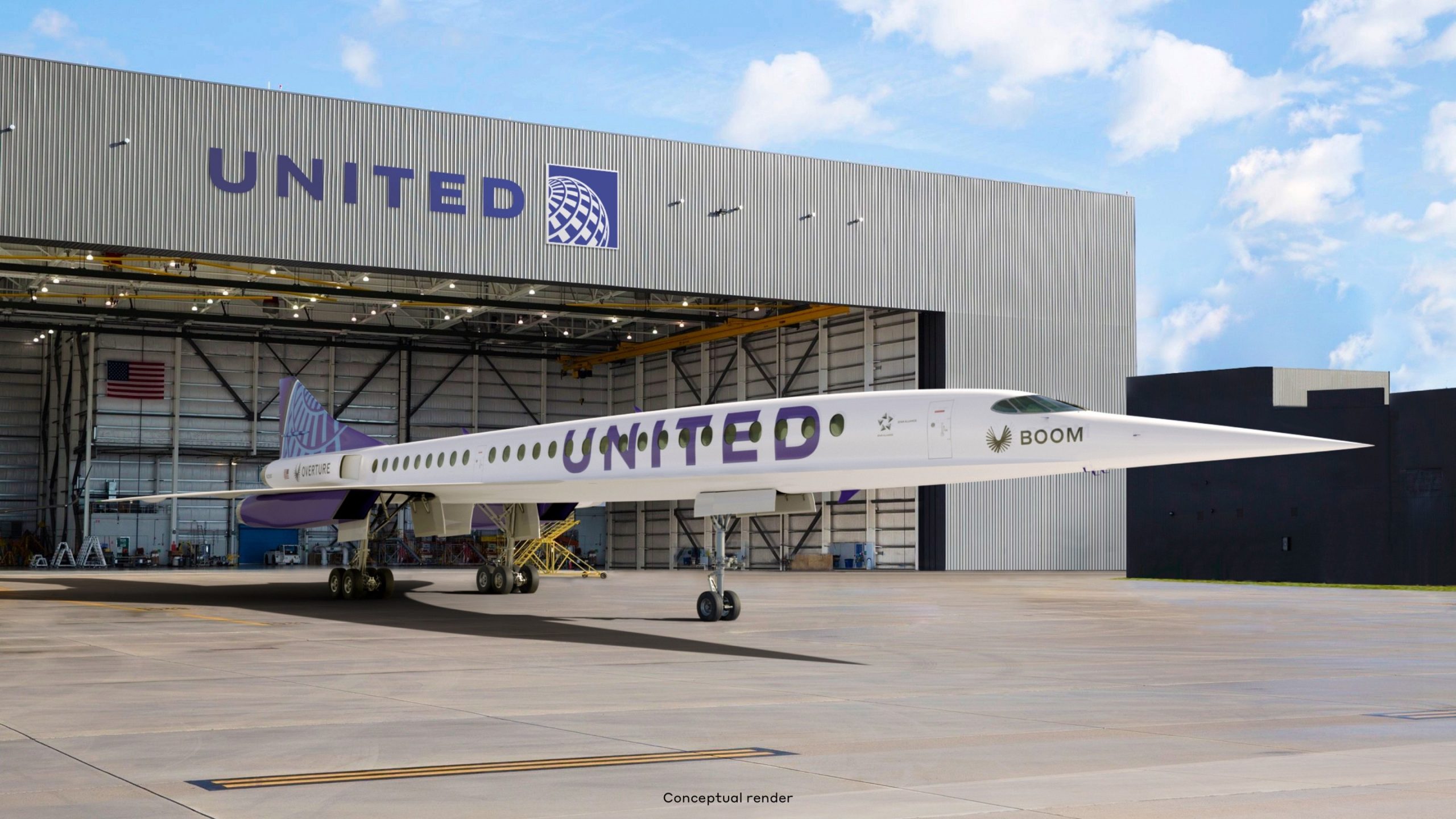 A mockup of Boom’s supersonic aircraft in the United livery (Photo: Boom Supersonic)

Adjusted for inflation, a round-trip ticket on Concorde from New York to London in the 1970s would today set you back almost $20,000. Scholl thinks the economics behind his aircraft would mean a price of $5000 is now possible.

United CEO Scott Kirby said, “Our mission has always been about connecting people and now working with Boom, we’ll be able to do that on an even greater scale.”

Last October, Boom unveiled a smaller demonstration model, the XB-1, which the company expects to begin test flights later this year. Production commencement of the Overture aircraft is penciled in for 2023.