Colorado-based Denver Air Connection, or DAC for short, has had a very successful year. In just the past year and a half, it went from just four passenger destinations to nine, and the carrier is not done yet. Between May and August of 2020, it added Clovis, N.M.; Thief River Falls, Minn.; and Minneapolis St./Paul. This past summer it added Pierre, S.D.; Watertown, S.D.; and Chicago O’Hare to its network. 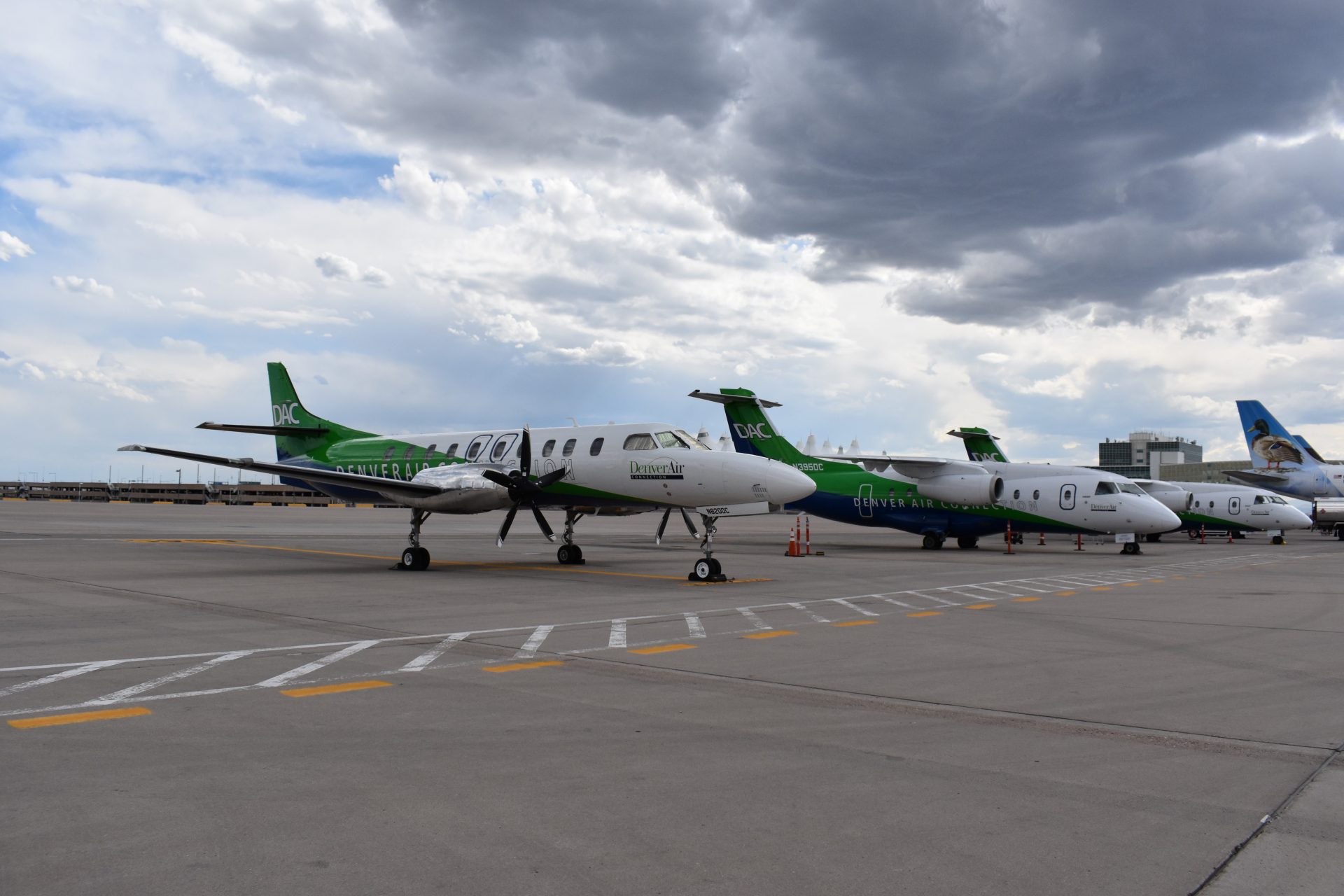 Clovis, Thief River Falls, Pierre, and Watertown are all Essential Air Service, or EAS, contracts that the carrier has won. The cities of Clovis and Thief River Falls won the contracts from San Francisco-based Boutique Air. In Pierre and Watertown it won the contracts from Utah-based SkyWest although SkyWest is still serving those cities without subsidy, the SkyWest flights are flown under the United Express brand. In this update, it will be announcing two more new cities to add to the carrier’s growing route map, Ironwood, Mich. and Phoenix Sky Harbor, bringing its total number of destinations up to 11 across eight states. 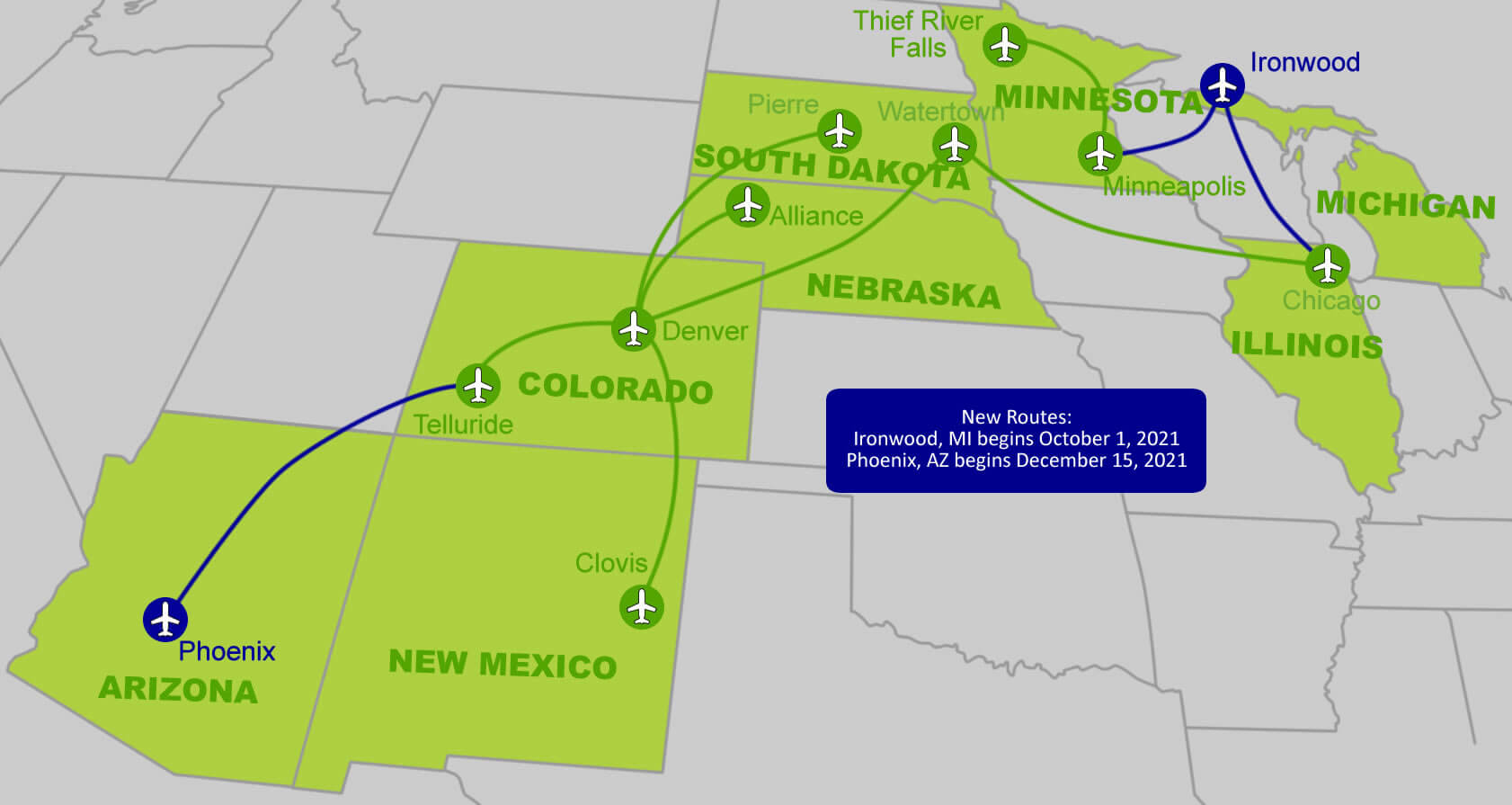 DAC has secured yet another EAS contract, this time in Michigan’s Upper Peninsula in the city of Ironwood. Current carrier Boutique Air has decided to terminate its contract after two incidents on the route during this past winter season, the first being a wheel falling off one of its aircraft on approach to Chicago O’Hare, and the second being the cargo door in the passenger cabin opening while on takeoff roll. The city of Ironwood asked the DOT to rebid the contract for the community after the two incidents, and DAC was chosen.

The carrier will not change the destinations offered from the city and will fly to Minneapolis St./Paul and Chicago O’Hare. The flights to Minneapolis and Chicago will each operate once every day of the week making a total of 12-weekly round trip flights. Although neither destination will have flights on Saturdays, meaning that there will be no available flights out of the city that day.

Denver Air Connection’s website doesn’t show what aircraft will be operating each route although we reached out to the company and it did say they would fly primarily the 50-seat Embraer E145 out of Ironwood. This is odd as third-party booking sites such as Kayak and Orbitz are still showing the 30-seat Dornier 328Jets operating the flights to Minneapolis and the 50-seat Embraer E145 operating the flights to Chicago O’Hare, but that will most likely change as the inaugural flight gets closer. The flight to Chicago O’Hare leaves Ironwood at 12:55 p.m. and the Minneapolis flight leaves Ironwood at 3 p.m.

Boutique Air’s last day of service to Ironwood will be Sept. 30, with DAC beginning service the next day, Oct. 1. It will operate six weekly flights to each Chicago O’Hare and Minneapolis St./Paul, for a total of 12 weekly round-trip flights. Boutique operates 18 weekly flights but on considerably smaller eight-seat Pilatus PC-12’s. Assuming none of the flights are canceled, Boutique has roughly 144-weekly seats into Ironwood, but the new flights on DAC will be using primarily 50-seat Embraer E145’s according to the company.

This means that if DAC does not cancel any flights and all flights are all operated by the 50-seat Embraer E145 jet, the airline will have roughly 600-weekly seats in the city, which represents more than a 400% increase in available seats from Boutique despite having fewer departures per month.  Even in a worst-case scenario where every single flight is operated using the 30-seat jet, that would still bring more than double the number of monthly seats Boutique currently does. 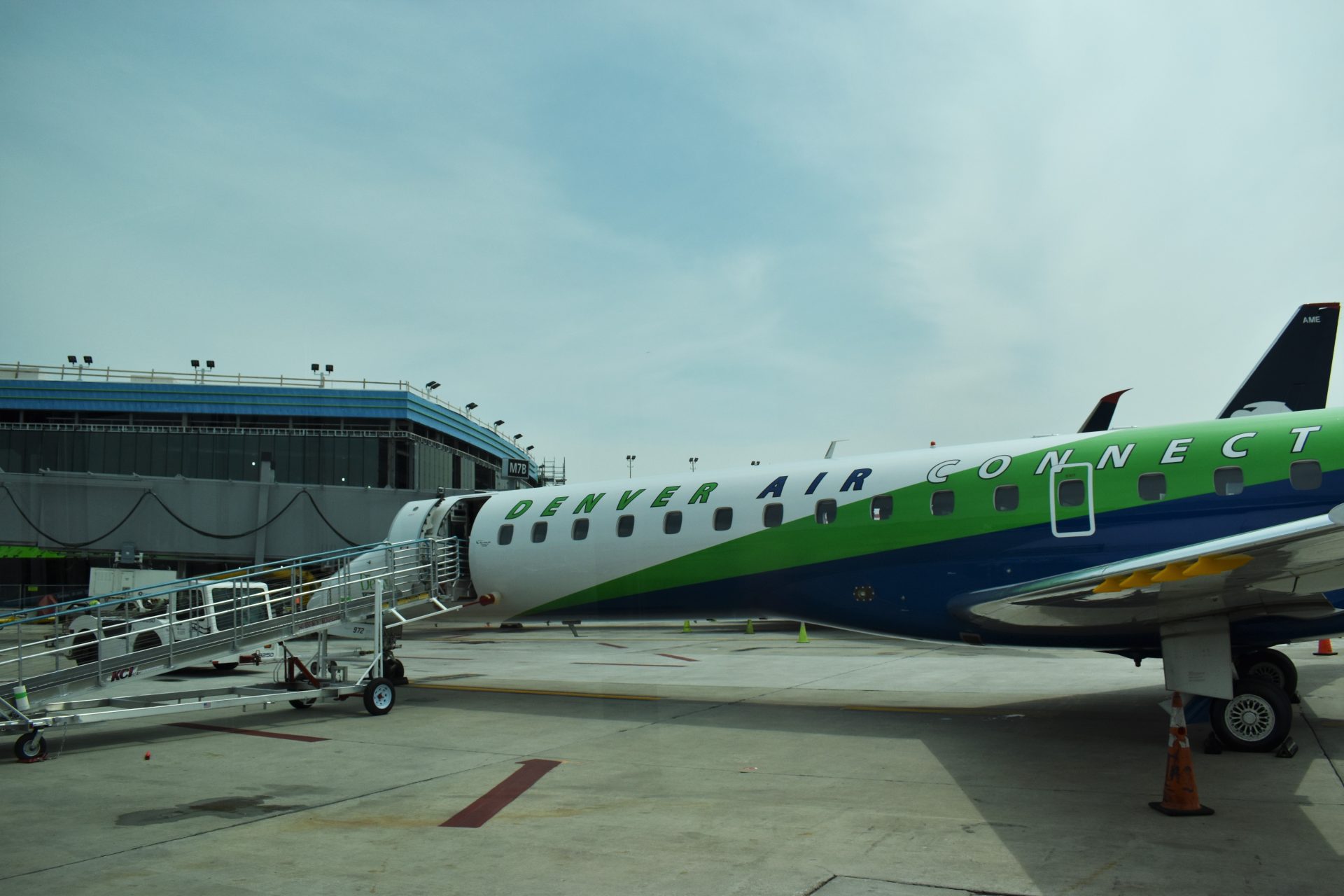 DAC will be expanding to its fourth large airport and not only that, but this will be the southernmost and westernmost destination the airline will serve and for parts of the year they will operate flights in three different time zones. Flights to Sky Harbor will operate from Telluride, Colo. a wealthy ski village high in the Rocky Mountains, Telluride Regional Airport is the highest elevation of any airport with commercial airline service in the United States, and the second-most overall in the country coming in at 9,078-Feet or 2,767-Meters.

Flights will operate between Phoenix and Telluride once a day beginning December 15, 2021, and will complement the carrier’s current Telluride flights out of Denver. The way the flight times line up, if someone was inclined to do so they could fly between Phoenix and Denver with a connection in Telluride. All flights to Telluride will be operated using the 30-seat Dornier 328Jet, a high-winged jet that is perfect for mountain flying. It is still too early to know what terminal and gate they will be operating out of at Phoenix Sky Harbor.

This will be the first time that Telluride has received nonstop flights to Phoenix since America West Airlines operated a flight between the two cities in the early 2000s. However, the route was halted shortly after the airline’s merger with U.S. Airways. The airport also had flights to both Kingman and Prescott, Ariz. with Great Lakes Airlines before it collapsed. Boutique Air also offered one-stop flights to Phoenix out of Telluride with a connection in nearby Cortez, Colo., but the carrier has not operated flights to Telluride since late 2019. 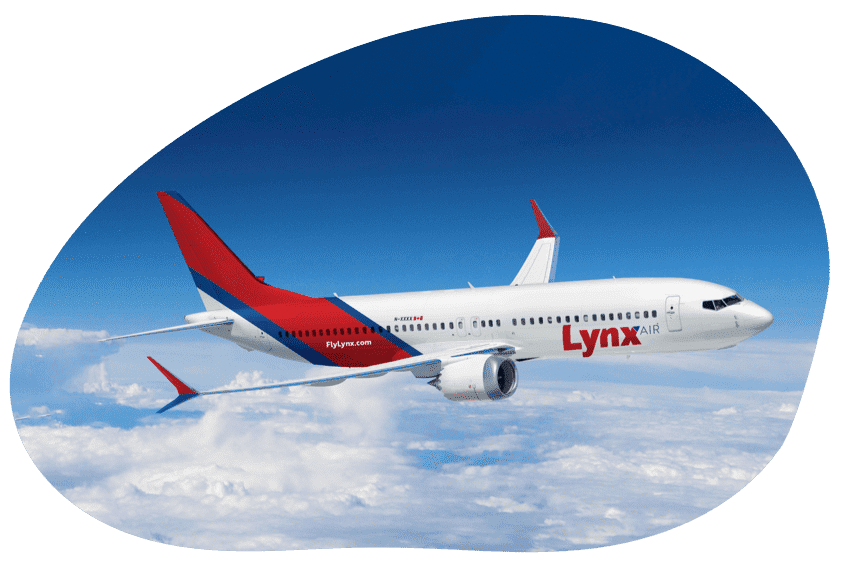