Onboard an Emirates A380 at the Dubai Airshow (Photo: AirlineGeeks | William Derrickson)

Boeing came away from a day at the Dubai Airshow with the headline news for the first time on Tuesday as the American aircraft manufacturer inked a deal with Indian startup Akasa Air for 72 Boeing 737 MAX aircraft.

“We are already witnessing a strong recovery in air travel, and we see decades of growth ahead of us,” Chief Executive Officer Vinay Dube said at the Dubai Airshow. 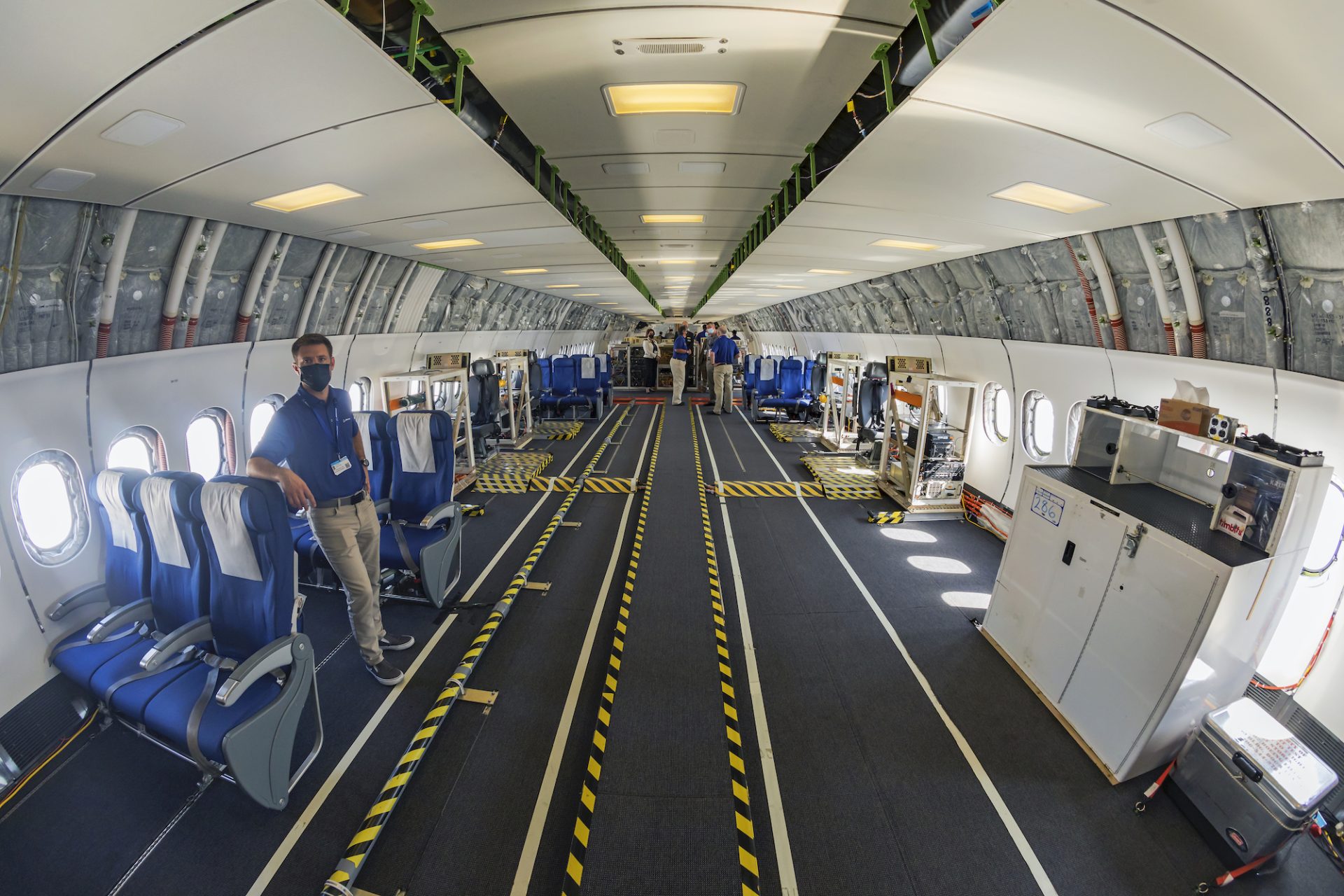 Inside the Boeing 777X prototype at the Dubai Airshow (Photo: AirlineGeeks | William Derrickson)

Airbus also landed a pair of headline orders on Tuesday, with the first coming from the Kuwaiti carrier Jazeera Airlines. The company was founded in 2004 and, according to planespotters.net, operates a fleet exclusively of Airbus A320 aircraft, including both the A320neo, short for new engine option, and the traditional variant.

The order confirmed on Tuesday includes 28 A320neo aircraft, affirming the airline’s commitment to a single type as it expands its route network beyond its current slate of regional and European destinations.

Another relative market newcomer, Uyo, Nigeria-based Ibom Air said it had firmed up an agreement to purchase 10 Airbus A220 aircraft from the European manufacturer.

The airline currently has two of the type in service, which it took over from Air Sinai after it folded, according to planespotters.net. That is in addition to five Bombardier CRJ900s that currently operate throughout the airline’s all-Nigerian route network.

The order for the A220 will be added to the end of an already massive backlog Airbus is currently looking at for the aircraft type, which it took control of from Canadian manufacturer Bombardier in mid-2018. Still officially a joint partnership with the government of the Canadian province of Quebec, with over 600 orders currently on the books, the investment looks slated to yield a solid return for the French conglomerate.

Another African carrier to place orders on Tuesday was Air Tanzania. The flag carrier of the East African nation said it would add one Boeing 787-8 Dreamliner, one Boeing 767-300 freighter and two 737 MAX aircraft to its fleet. According to the airline, this will supplement its current fleet of four Bombardier Dash 8-Q400s, two A220s and two 787-8s. 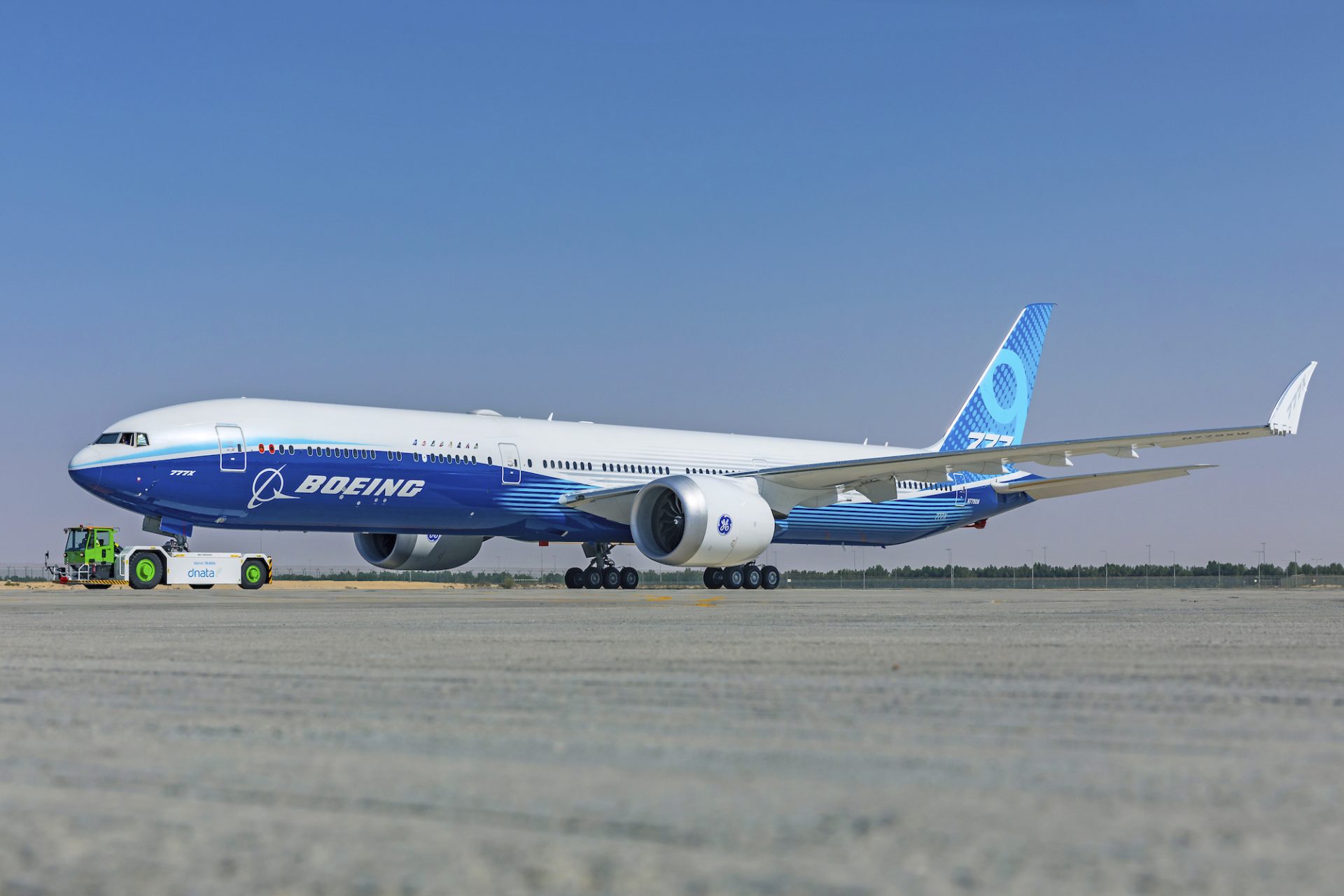 Away from new orders, there was also a set of cabin interior announcements Tuesday, as Singapore Airlines unveiled lie-flat seats for its Boeing 737 MAX first class cabins and Emirates Airline said it would bring its Premium Economy class to over 100 aircraft for its nearly 200-strong fleet

Finally, the flying and static demonstrations continued for companies from across the industry as each looked to leave the week with a heavier order book than when they arrived.

In the wake of the standoff at the Poland-Belarus border, the national airline of Belarus is looking for an alternative…

The U.S. Border Preclearance program is about to add a new airport to the list of facilities where passengers can clear U.S. Immigration and Customs before departure. Billy Bishop Toronto City Airport announced last week that it is on track to open its own U.S. CBP Preclearance facility by 2023…

On Monday, U.S.-based startup Breeze Airways announced the addition of two destinations to its route network, boosting its route portfolio…