Southern Airways Express — a Palm Beach, Fla. based commuter airline — operates an impressive fleet of over 35 Cessna 208s and over 200 daily flights across 37 destinations on the U.S. Mainland and Hawaii. The airline merged with Hawai’i-based Mokulele Airlines and operates the Hawaiian flights under the Mokulele brand.

During the early days of the pandemic, Ohana by Hawaiian ceased operations due to decreasing demand for inter-island travel. In June 2021, AirlineGeeks had a chance to interview Stan Little, chairman and CEO of the airline, who said the carrier would be receiving 19-seat Beech-1900’s to fill in the gaps left by Hawaiian Airlines. Now, nine months later the new aircraft is finally out of the paint shop, but not the Beech-1900 like originally planned, but a Saab340.

A rendering of the Beech-1900D with the Southern livery, the originally planned newest addition (Photo: Southern Airways Express)

AirlineGeeks once again had the chance to interview the carriers Chief Market Officer, Keith Sisson, about the newest addition to the Southern Airways Express family.

AirlineGeeks (AG): In an interview with SAE last summer, it was discussed that Mokulele/Southern would be getting Beech-1900s. Why did the airline make the switch to the Saab340?

Keith Sisson (KS): In the months following that interview, we determined that the Beech-1900 would not be the optimal aircraft for the mission. Instead, we decided to go with Saab 340s. These aircraft are equipped with 30 seats and will operate scheduled service under DOT 380 rules. In addition to scheduled flying, they will provide needed lift for local sports charters. (It may be hard for people to understand, but when Molokai High School has a football game, they can’t get on a bus…they have to fly to another island for the competition.) There is not enough demand on the smaller islands for large aircraft on a daily basis. There are only about two peak travel times during the week. These aircraft will supplement our Caravan schedule during those times. The extra 10 or so seats (relative to the Beech-1900) were a driving factor, but also aircraft quality and availability were important factors, as well. We looked at a dozen available 1900s and we just couldn’t locate any that were up to our standards. On the contrary, the Saabs we acquired are in “flagship condition.”  People will really enjoy flying on these planes! We expect the first one to arrive in late April of this year.

(AG): When might we be seeing the first of those emerge from the paint shop and be put into service?

(KS): The first one is completing its new livery at the paint shop (which has since been completed). From there it goes to our DuBois, Pennsylvania maintenance base to undergo conformity and begin its proving runs. We are hoping to bring it across the ocean (to Hawai’i) in late April. 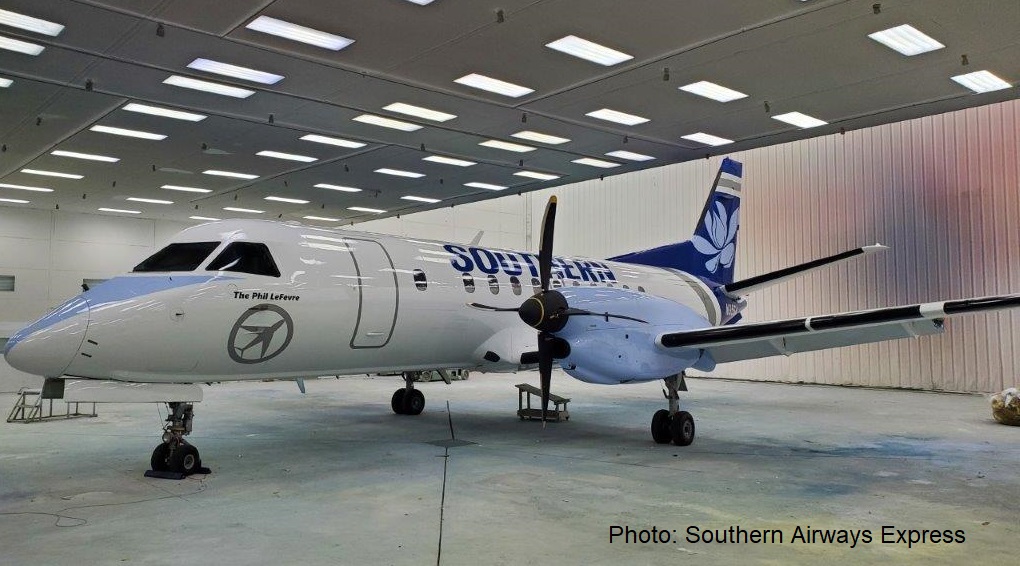 (KS): Great question! The Mokulele brand is nearing its 30th anniversary in Hawaii. We are going to keep the legacy of that brand alive for the 9-seat operation (Cessna 208’s). As a way for people to easily identify which aircraft type they will be buying seats on, we are going to operate the Saabs under the Southern Airways brand. The livery between the two brands is similar. So, on a ramp, the average person will be able to notice that the aircraft livery, while different, is similar enough to show that the brands are related.

(AG): How many Saab340s will be based in Hawai’i for inter-island flying?

(KS): We will be starting with two Saabs. We think that it will give us plenty of lift to meet the demand. As international visitors return, we are prepared to increase this investment, if needed.

(AG): Kaua’i is the only major Hawaiian island you don’t currently fly to, do you see the airline adding flights to this island with the Saab340?

(KS): We are limited by single-engine (Cessna 208) rules from flying to Kauai with the Caravan. We fully intend on serving that island, though not with the Saab. Instead of the main city of Lihue, we are hoping to provide scheduled flights to an unserved airport on the other side of the island, Princeville. For this, we have looked at a few different options, including the King Air Super 200. We have also taken a close look at the Tecnam Traveler and even took a demo flight near our Palm Beach, Florida headquarters. The Traveler may be a good solution for this service. No decision is made, but hopefully, we may be able to make an announcement this fall. 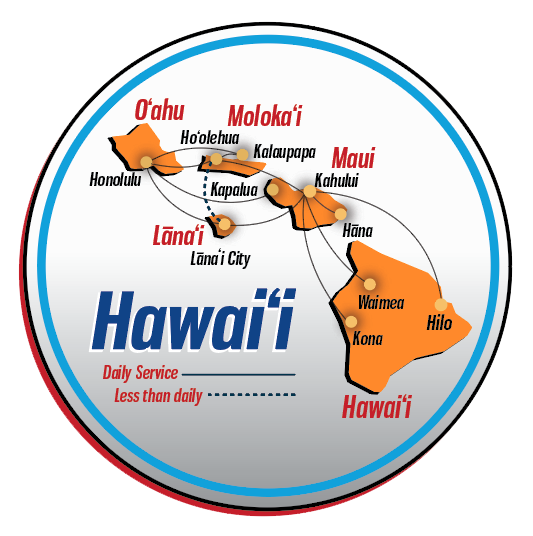 (AG): The Cessna208 that you currently fly are 8/9 seats so they fall under a different PART of the FAA regulations, not requiring them to have a TSA check-point. The Saab is significantly larger than that at 34 seats, does this mean Saab340 flights will operate out of the main terminal as they require security screening? or will you operate them as ‘public charter flights’?

(KS): We will operate these as public charter flights under DOT 380. We will remove four seats to comply with the regulation. These flights will operate non-sterile, just as the Caravans.

(KS): At this point, the initial Saabs are designated only for Hawaii.  We’ll make future plans as market conditions dictate.  Having hired over 200 new pilots in the last 12 months, we certainly have the crews to support them.

(AG): What will be the registrations of these new Saab340s?

(AG): Who are the individuals you’ve named the aircraft’s in honor of and why are they significant?

(KS): Phil LeFevre was our long-time Chief Operating Officer who earlier this year lost his battle with cancer at the age of 49.  Phil had been in aviation his entire life, with long stints at Gulf Stream and Silver, where he developed their Saab program.  Phil was very well-liked and respected in the airline community.  We felt it was only fitting to name our first Saab in his memory since he spent so much of his career growing Silver’s Saab network. Phil served Southern Airways as Director of Operations and Chief Operating Officer for the last six years and worked full-time at our Palm Beach headquarters until the week before his death in January.  He was a close personal friend of both of Southern’s founders.

The other Saab (N79SA) that is going to Hawaii is also named for a “Phil”, Phil Trenary. Phil was the founder of Lone Star Airlines in 1984 and was the CEO of Pinnacle Airlines in Memphis at the time of the Northwest merger with Delta in 2012.  As we were starting Southern Airways in Memphis in 2013, Phil was extremely supportive and became a great friend.  His life also ended prematurely when he was murdered in a street robbery in downtown Memphis in 2018 at the age of 64.  At the time of his death, he was the Executive Director of the Memphis Chamber of Commerce and is known as one of the most respected business leaders in the history of that city.  Before flying The Phil Trenary to Hawaii, we plan on commissioning it in Memphis and inviting his friends, family, and various community leaders to the event.

Both of “The Phil’s” had a significant impact on aviation and the success of Southern Airways. We are proud to offer this lasting tribute to each of them.

Thank you Keith Sisson for talking to AirlineGeeks about Southern Airways Express’ brand new aircraft type to its fleet. Stay tuned later this week as I have an interview with him regarding the airline’s unique inter-island operations with Mokulele.