Analysis of the U.K. Aviation Industry

The impact of the COVID-19 pandemic was monumental for the aviation industry across the globe.

It only took a matter of a few weeks for a proclamation to be accurate with airlines across the globe shredding their operational flying programs. While most aircraft were mothballed in anticipation, airline executive boards attempted to mothball their own finances for the sake of preservation, expecting not only their aircraft but also their company to be in hibernation for quite some time.

It did not take long for airlines to look to shore up their finances by cutting down on their biggest expense – their workforce. In China, the airlines began making crew redundant as early as February 2020 when the levels of traffic fell off a cliff once the virus brought about significant lockdowns. In response to the rapid reduction in flying across the world, airlines globally followed suit by announcing their own redundancy programs to reduce headcount and outgoing expenses.

Impacts on Carriers Across the U.K.

Over in the United Kingdom, the same can be said regarding the cost-saving measure of cutting crew. The process itself naturally takes longer than in other parts of the world due to employment law requiring consultations to be held between labor representatives and employers prior to any jobs being cut, but the effort by airlines was there.

In a brief summary, British Airways cut a third of its workforce including approximately 250 pilots, after initially threatening the union with a figure north of 1,000 if crew working conditions were not made inferior. Low-cost carrier easyJet closed down three hubs and was due to remove 700 pilots before an agreement of using part-time was accepted by both parties to “save” pilot jobs. Its cabin crew who were on the line were effectively ushered into taking voluntary redundancy in the end, both moves that so far seem to have bitten easyJet hard going into this summer season.

Norwegian Air Shuttle — which had a large presence in the U.K. — effectively closed down both its short and long-haul operations. The airline was already fighting its own financial demons prior to the pandemic with MAX groundings and Boeing 787 engine issues. In total, approximately 1,100 aircrews lost their jobs without compensation. Jet2 — a U.K. holiday carrier — laid off 100 pilots.

Meanwhile, Virgin Atlantic — another airline that went into the pandemic, not in the best financial state — laid off around 320 pilots and hundreds of crew. Furthermore, Ryanair accepted a number of cuts to workers’ terms and conditions across its subsidiary airlines in return for no redundancies. TUI also went against the grain after managing to evade any aircraft job losses in the U.K. — thanks to using the government furlough scheme effectively. 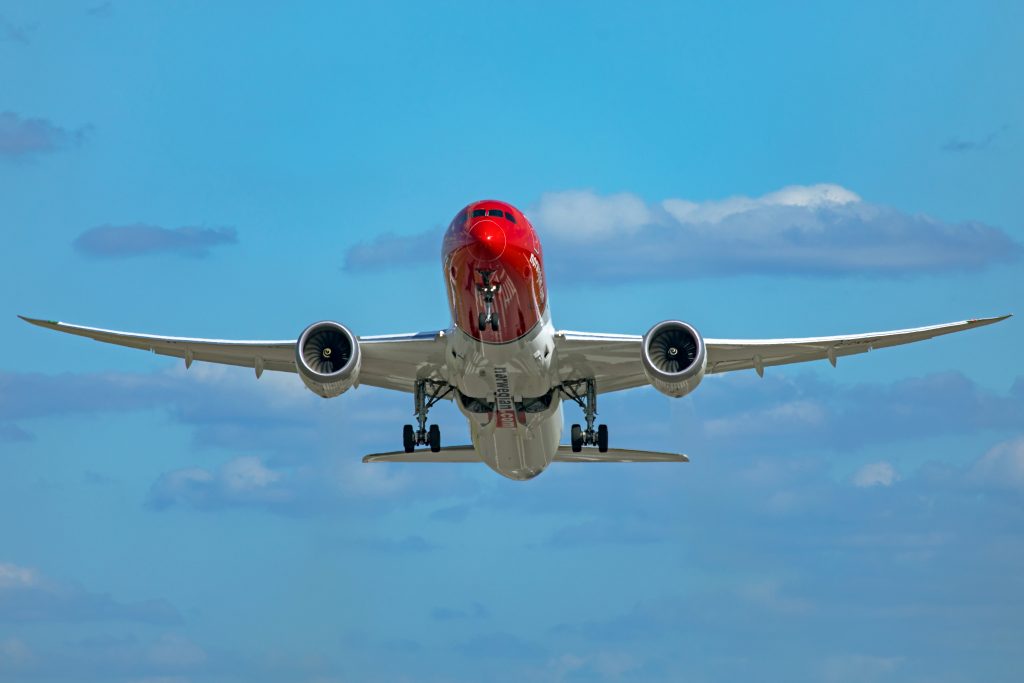 The shutdown of Norwegian Air Shuttle led to over 1,100 crew losing their jobs during the pandemic.
(Photo: AirlineGeeks | William Derrickson)

Looking back two years later, it is clear where the two safest havens for pilots were during the global shutdown. The first was cargo — which has seen a significant rise in demand — mostly thanks to the lack of passenger aircraft belly freight being available owing to a large drop in capacity. Secondly, the U.S. initially would have hosted a bloodbath of redundancies, but the federal government intervened and spent at least $25 billion on an aviation bailout package intended to keep jobs across the industry. This was a move that U.S. carriers can now look back on with relief, as they all clamor over pilots in the largest hiring spree ever seen.

By the end of 2020, the aviation industries on each side of the Atlantic painted a very contrasting picture. Jobs in the U.S. were saved, and a large domestic flying program still continued. Across Europe, thousands of pilots and crew lost their jobs — on top of the hundreds that already returned home from Asia and the Middle East.

For summer 2022, the rebound of air travel has well and truly gone away. Most, if not all, countries have lifted most restrictions previously seen during the last two years, enabling more of society to freely travel. And to meet the demand, airlines have rapidly returned destinations to their flying programs.

Looking at the United Kingdom’s aviation sector specifically, the same can be said. You no longer need to take any pre-departure or post-arrival Covid-19 test – vaccinated or not – and no locator form needs to be submitted. Meaning the British public is welcome to arrive back to their homeland hassle-free. But how prepared is the infrastructure of the industry to cope with this expected rise in passenger numbers?

We start by looking at the nation’s flag carrier, British Airways, which has continued its two-year streak of bad publicity. The pandemic was tough on its employees — either accept new terms and conditions of working contracts, or you were effectively out. Cabin crew who were specifically long-haul only, a legacy contract with could pay up to 80,000 Pounds Sterling ($104,000), were made to transfer to the mixed-fleet contract paying initially 16,000 Pounds Sterling, operating both long and short-haul flights or accept voluntary redundancy. Just over one year later, British Airways announced its plan to recruit 3,000 cabin crew for summer 2022.

The carrier’s pilot situation follows a similar pattern, with 250 made redundant. Another 300 pilots were put into a “non-operational” CRS pool of employed pilots, who were mostly pilots that were left “fleet-less” after the airline’s decision to instantly remove its Boeing 747 fleet from operations. So far, most of the 300 have been returned to one of the remaining fleets, except a handful who may have asked for a specific fleet and are still waiting. 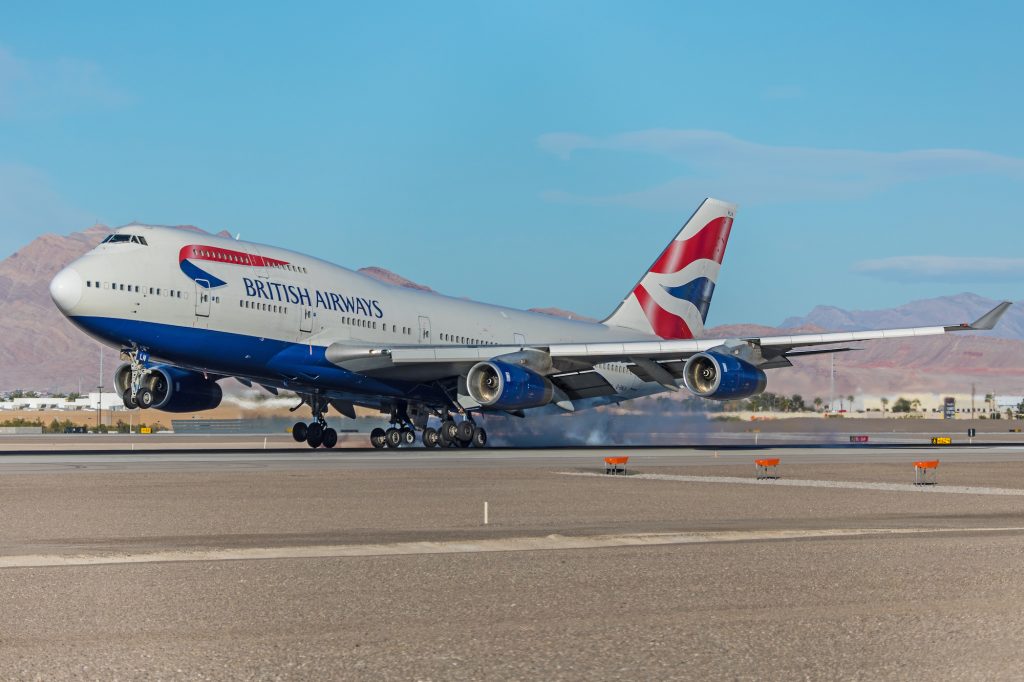 Additionally, British Airways replaced its base at London’s Gatwick Airport with a new company, known as EuroFlyer, with an inferior contract — in an effort to conserve costs. Those in the CRS and redundancy pools were offered a chance to accept a spot at the new subsidiary or hold out of a position on the mainline. Much back-and-forth has happened since the original decision was made, but the airline is now on a positive trajectory to recall those pilots who were made redundant and not yet offered or taken the first option to go to EuroFlyer.

Some things never seem to change, and whenever British Airways and I.T. are enclosed in the same sentence, it is never for good reasons. The airline has already suffered three I.T. failures of some kind, causing a detrimental impact on the flying program. At the end of March, a three-hour outage created a situation where hundreds of BA flights were either canceled or delayed, with the knock-on effect lasting for almost a week.

Sean Doyle returned to British Airways as CEO to take over from Alex Cruz, who immediately left the airline last year following years of negativity both from within and outside the airline. It was Cruz’s decision one year into his tenure in 2016 to sack 700 BA I.T. employees before subsequently outsourcing the department to India’s TATA Consultancy services. A move that has since then been labeled as to why the airline has since suffered dozens of outages.