The second quarter of 2022 brought with it all the murkiness and uncertainty that have become standard in the airline industry since March 2020. The three-month period from April to June was headlined by JetBlue Airways and Frontier Airlines staging a public battle to purchase Miramar, Fla.-based Spirit Airlines, which after months of higher bids and canceled shareholder votes, JetBlue finally won at the end of July.

Underlying the stress and excitement of the fight to become the fifth largest airline in the U.S., however, was an industry-wide struggle to overcome the turmoil the broader economy is leaving airlines and passengers to deal with.

Airlines including United Airlines and Frontier Airlines reported their first quarterly profits since the Covid-19 pandemic took hold of the industry in 2020, while others like Spirit and JetBlue posted losses as costs continued to outweigh increased revenues.

Even with a mixed bag of results, some clear trends have emerged, ones that will shape the industry into the third quarter and beyond.

Losses At the Hands of High Gas Prices

Spirit rounded out second-quarter earnings announcements for major U.S. airlines on Tuesday when the airline reported a net loss of $52.4 million on revenues that were 35% higher than the same period in 2019, a clear sign of the growth that has come to the airline as the industry emerges from the pandemic.

However, the airline’s bottom line took a hit as it saw expenses go up by 66%. That includes fuel expenses which more than doubled compared to the second quarter of 2019, despite only flying 9.9% more capacity on an available seat mile basis.

Breaking it down further, the airline paid an average of $4.30 per gallon of jet fuel during the three months ended June 30, a massive jump from the $2.16 the company paid in the same period three years ago.

That story is not a unique one. Looking just at the big three U.S. carriers in United Airlines, American Airlines and Delta Air Lines, only Delta managed to pay below $4 per gallon of jet fuel during the quarter, but that was only as a result of the airline’s own refinery operations, which it said brought its adjusted fuel costs down by 31 cents per gallon. 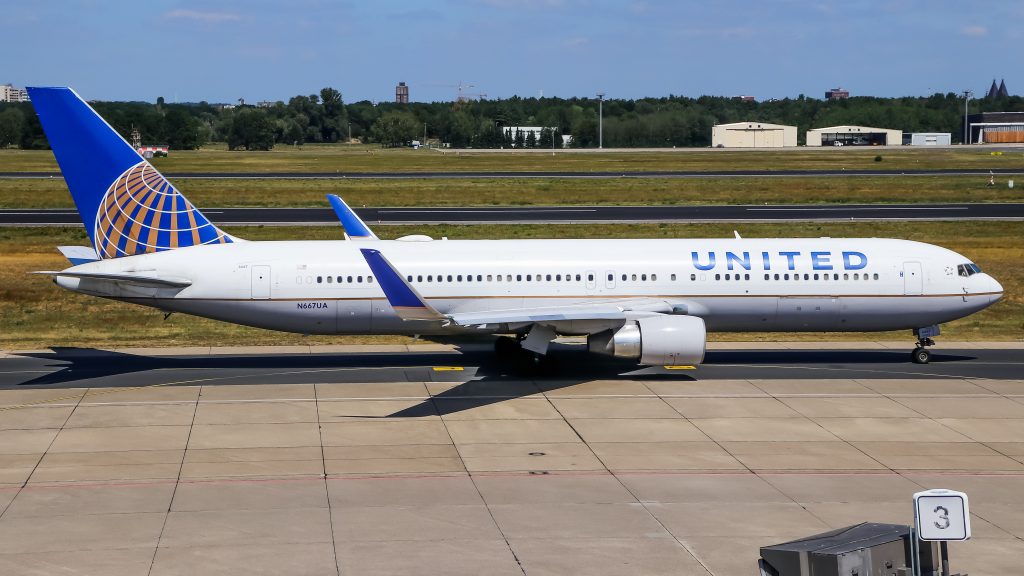 Airlines are looking to a sort of reprieve in the third quarter, as Spirit said it is expecting to face an average fuel cost of $3.55-$3.60 in the third quarter, approximately a 17% drop versus the prior quarter. (Those prices would represent an increase of more than 70% over the per-gallon costs the airline faced in 2019).

Other airlines are projecting similar decreases, but bottom lines across the industry are likely going to see the effects of higher fuel prices for quarters to come as carriers continue to put out schedules as robust as they can reliably operate.

Analysts and industry insiders often look beyond fuel to understand how efficiently airlines are operating. By stripping out fuel prices, which are beholden to market-driven commodity price swings, it becomes easier to make comparisons with regard to how costs are changing from quarter to quarter and from year to year.

Though fuel has been a key player in the eye-popping cost figures airlines have posted in recent weeks, they have also shown they are succumbing to similar pressures elsewhere.

Delta’s troubles perhaps played out most publicly, as staffing shortages throughout the early summer months (which would then spill into July) forced the airline to invest heavily in rebooking passengers and shuffling bags to make up for accompanying operational struggles.

But even for airlines that saw the quarter go by without such flareups, the troubles were much the same. Even Southwest, which has long put intense focus on its operational efficiency, saw its cost per available seat mile excluding fuel (CASM ex-fuel) climb 13.1% compared to the second quarter of 2019 as a result of what CEO Bob Jordan called, “inflationary pressures and headwinds from operating at suboptimal productivity levels.” 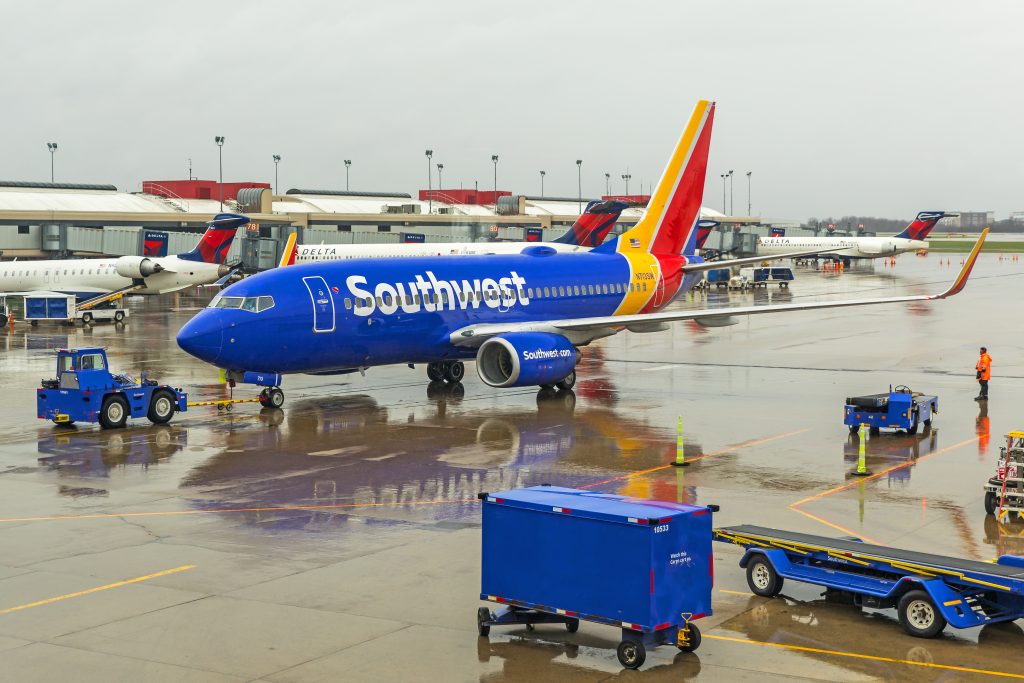 Looking forward, carriers are not seeing much of a reprieve. American is projecting costs excluding fuel for the third quarter will be 12-14% above where they stood in late 2019, a result of shelling out money for labor, parts and nearly every other good the airline needs to operate on a daily basis.

In an airline with the Associated Press this week, American Airlines Chief Financial Officer Derek Kerr qualified that figure, saying it would be closer to a 2% increase if the airline was operating at full capacity, but he said low training capacity has prevented the airline from getting the pilots its needs ready to put together a full schedule for the coming months.

A Saving Grace in Higher Fares

Despite all the difficulties rising costs brought airlines in the second quarter, many carriers were able to produce a decent financial performance at the hands of their customers.

Throughout the period, customers seemed to deliver the message that they wanted to travel at nearly any cost, and airlines capitalized. Emblematic of that was Delta, which partially as a result of staffing shortages flew 18% less capacity than it did in the second quarter of 2019. But the airline still managed to bring in 10% more revenue than in the same period, a difference that is largely attributable to higher average fares paid by passengers in nearly every market the carrier served.

Those dynamics pushed Delta to a second-quarter profit, joined by competitors American and United on the backs of their customers, too. The Chicago-based behemoth said it saw its CASM ex-fuel jump by 17% over 2019, but it more than made up for that with unit revenue that rose by an even more massive 24%, enough to counter the additional costs brought on by fuel price increases.

The same has been true outside the sphere of full-service carriers. Even ultra-low-cost provider Spirit said its revenue per passenger increased 24% compared to 2019. That figure is inclusive of ticket prices as well as fees paid for ancillary services like baggage and seat selection but is emblematic of the same trend. 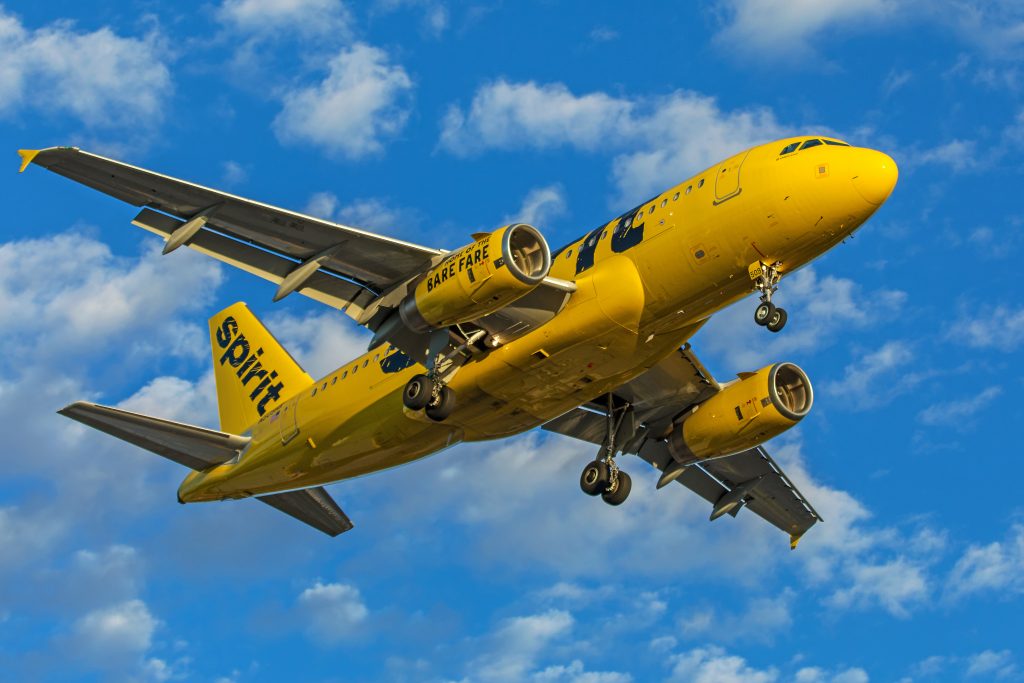 A Spirit A319 in Las Vegas (Photo: AirlineGeeks | William Derrickson)

Those dynamics may not be sticking around for the long term. Bloomberg reported in mid-July that average fares in the U.S. had fallen by $70 from their mid-May peak, relieving some of the pressure that had been put on consumers but also putting airlines on notice.

How those dynamics will interplay with lower fuel prices and similarly high costs for labor and other goods in the third quarter and beyond remains to be seen, but there will be an intense focus on whether airlines can continue to hold the same pricing power they have displayed this year.

All the while, carriers will need to continue to navigate self-imposed capacity constraints, limits airlines have put on themselves to avoid the over-scheduling issues that have plagued Delta, American, United and others in recent years.