When reviewing an airline, it’s easy to focus on what appears to the eyes. Obviously, it includes presentation, comfort and that all-important reliability. After all, airlines exist for the simple reason of rapid transportation at an affordable price. However, as the informed reader is surely aware, airline performance is inseparably dependent on something deeper than what is seen – the inner structure that props up the smiling faces of the flight crew.

As previously highlighted by the preceding article, Hawaiian Airlines scores high in its visible performance. This time around, Airline Geeks wanted to see what is behind the obvious; the clockwork inside that makes Hawaiian Airlines tick. The answer reveals a culture that is crafted with its own people in mind and offers clear evidence that a happy workforce is key to a happy customer. Sounds similar to that age-old adage about a happy life…

To leave Hawaii is to leave paradise behind, but thankfully one can cling to the last strands of the holiday state as they depart home. After checking in at Honolulu’s Daniel K. Inouye International Airport, Airline Geeks was granted access to Hawaiian Airlines’ ‘Plumeria Lounge’. The premium lounge, located above the main terminal, offers guests an easy place to relax before departure. 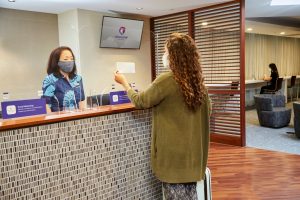 Upon entry, we were met with a warm ‘aloha’ from extremely friendly staff who quickly found our names and led us to the seating of our choice. With a warm atmosphere, the quiet lounge is well suited to the business traveler, with great internet speed and ample power points for charging electrical devices. The tinted windows mean that while there is clear visibility of the sky above, glare is not a bother for the passenger, although the view is best suited to those who prefer to look at what flies above. There is no view of the apron, instead replacing the scenery with a carpark, air conditioning systems, plant rooms and a cute green golf cart.

The acoustics within the lounge are well insulated, with commercial carpet tiles and acoustic ceiling tiles to minimize excessive echoing. Added to this comfort are some plush lounge chairs and coffee tables, but these are also complemented with dining settings. Speaking of dining, the buffet menu was simple yet varied. The corn chowder was hot and ready to go, but for this sweet-toothed writer, the raspberry pastry proved to be a delightful choice. Along with some fruit, chicken kaarage and yakisoba broadened the horizon for the traveler who prefers a fuller belly before the flight. 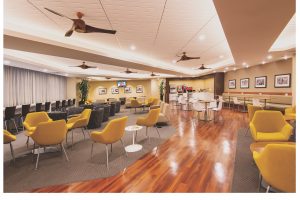 Drinks were not forgotten; the usual soft drinks were available (the reader most likely knows it as soda, but it will always be a soft drink to me), along with a selection of Maui beers and Californian wine. For those yet to fully awaken from their slumber, there is an endless supply of Lion Coffee from the urns located next to the food. For those wanting a fancier option, or who are Australian coffee snobs (ie. this guy), there is an automated espresso machine offering all the comforts that a cappuccino can bring.

Hygiene scores extremely high at the Plumeria Lounge, with restrooms and the lounge under the constant scrutiny of cleaners. Like first responders, they are extremely quick to remove mess, disinfect, and ensure a comfortable toilet experience. The importance of hygiene is certainly not lost on the guest. Staff, while incredibly caring, display Hawaiian hospitality all the while ensuring adequate social distancing and capacity limits are respected. The latter was most appreciated and kept the claustrophobia at bay.

The Culture Behind the Comfort

Friendly welcomes aboard Hawaiian Airlines’ flights are standard, but that warmth was particularly noticeable on the flight to Sydney. Flight attendants demonstrated exceptional care and patience, despite the fact that one passenger (there’s always one) demanded they access their stored bags in the locker during taxi for takeoff. In both conflict resolution and general comfort, the crew of attendants demonstrated impeccable – and genuinely sincere – customer care. That led this inquisitive writer to wonder: what was behind this service?

Despite the rather late departure, another symptom of a global staff shortage, AirlineGeeks was impressed with the lack of outwardly visible frustration from both the pilots and attendants. The cheerful chirpiness of the crew is clear evidence of a company culture that focuses on more than just profit.

During the flight, this avid coffee drinker took the chance to get a caffeine top-up, as well as the opportunity to get a better understanding of the airline’s culture. After spilling half a cup of coffee (definitely proof I needed a coffee), I met Cal, a long-time flight attendant for Hawaiian Airlines. During our chat, I was pleasantly surprised to hear just how much Hawaii’s flag carrier values its staff. Hawaiian truly has a focus on employee satisfaction, offering a great deal of flexibility for their workforce, and as such ensuring a fair balance of work and life.

These views, not unique among the many airline employees, highlight the value of prioritizing employee satisfaction. It’s little wonder that, despite the delays and headaches caused by staff shortages, Hawaiian Airlines is able to deliver such genuine customer care to its passengers – regardless of class in flight.

While there is a heavy load on those attendants who deal with a variety of passengers, each with their own diverse backgrounds, it’s obvious that the people flying the ship have an even greater responsibility. I wanted to know how the demand for pilots affected this airline.

After speaking to Captain Bob Scott, I was able to gain further appreciation for the culture within the airline. While there are notable occasions when barriers between captains and first and second officers have resulted in serious safety concerns, Captain Scott revealed that many pilots within Hawaiian play an active role in instructing and evaluating. Those instructors, not necessarily determined by seniority alone, can at times be younger than the ones being evaluated.

For this writer, there was an immediate benefit here alone. This culture means a breaking down of the barriers that sometimes exist between senior and junior pilots, and in turn, a safer cockpit where communication can freely flow.

A spokesperson for Hawaiian Airlines told Airline Geeks, “Nearly 20 percent of our 950-plus pilot force (which continues to grow) help us in various training capacities. Instructing or evaluating is entirely optional for pilots who meet our qualifications”, adding that “we strive to provide a positive, supportive and safe work environment that is reflective of Hawaiian Airlines’ purpose and values – mālama (to care), lōkahi (unity), poʻokela (excellence) and hoʻokipa (hospitality). Forbes recently named Hawaiian Airlines the Top Employer in the State of Hawaiʻi, and we attribute that success to each of our 7,000-plus employees, who consistently demonstrate a high level of care and dedication to their teammates and our guests.”

Beyond the Call of Duty

On landing in Sydney, this incredible team –an isolated element of a great airline – demonstrated just how impressive Hawaiian is. On departure from the aircraft, we were awarded the chance to further chat through Sydney’s duty-free shops, and they even helped us navigate better through our home airport. Impressive indeed: end of their shift, they still extended their assistance and care.

Reviewing Hawaiian Airlines, it is clear that the secret to a great airline lies beneath the uniform. It is not the fleet that defines customer experience, but the people. Those employees – the airline’s spirit and core – can only truly shine if the culture creates positivity. That, indeed, is what makes Hawaiian great.

True, Hawaiian may be limited in destination for this Australian writer, but it deserves a place among the world’s best airlines. If ever in need of a touch of Hawaiian paradise, this writer is convinced it can be tasted from the moment he boards Hawaiian Airlines. 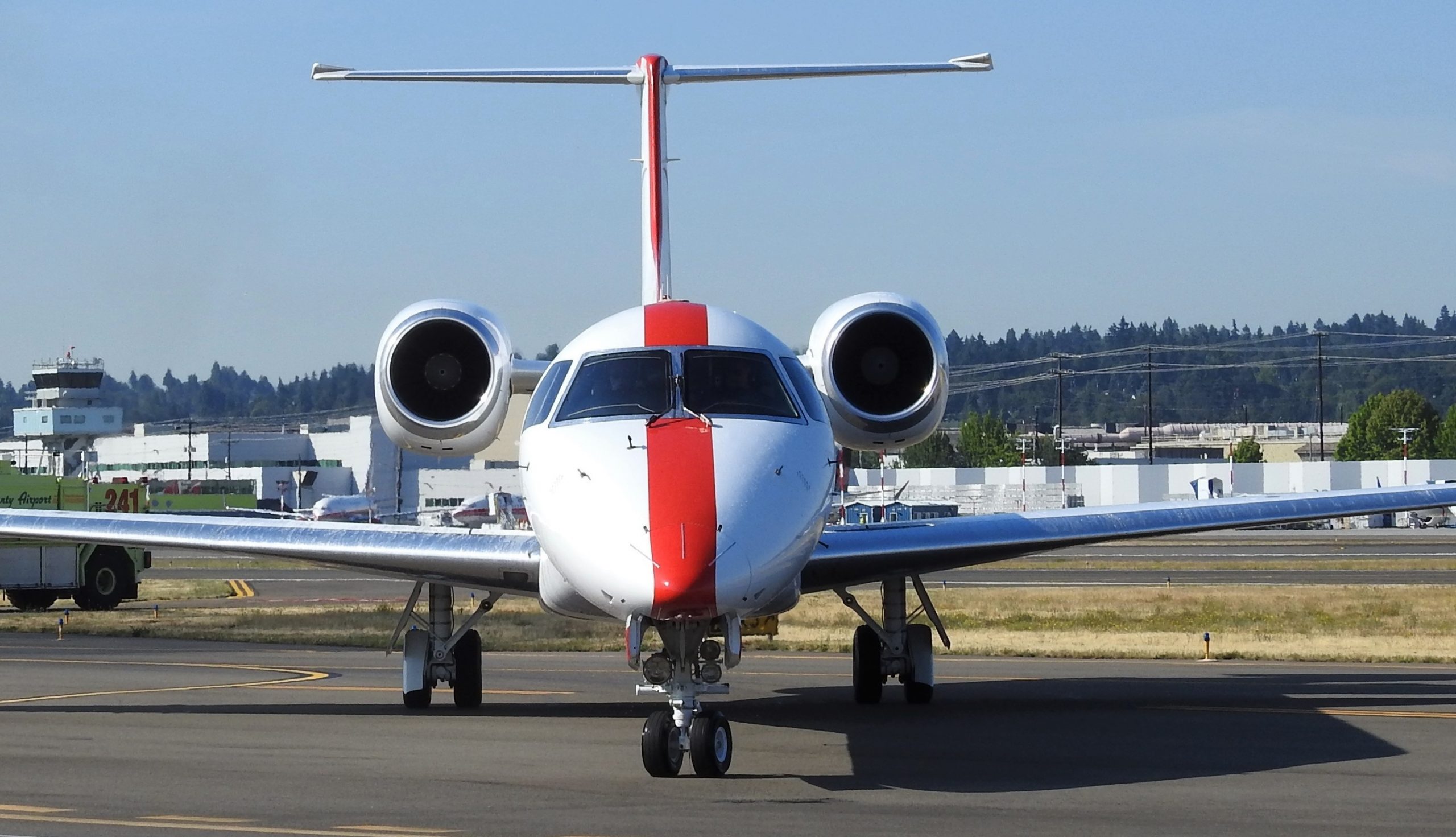 Dallas-Based JSX has announced via social media that it will be adding some new routes, and increasing some of the… 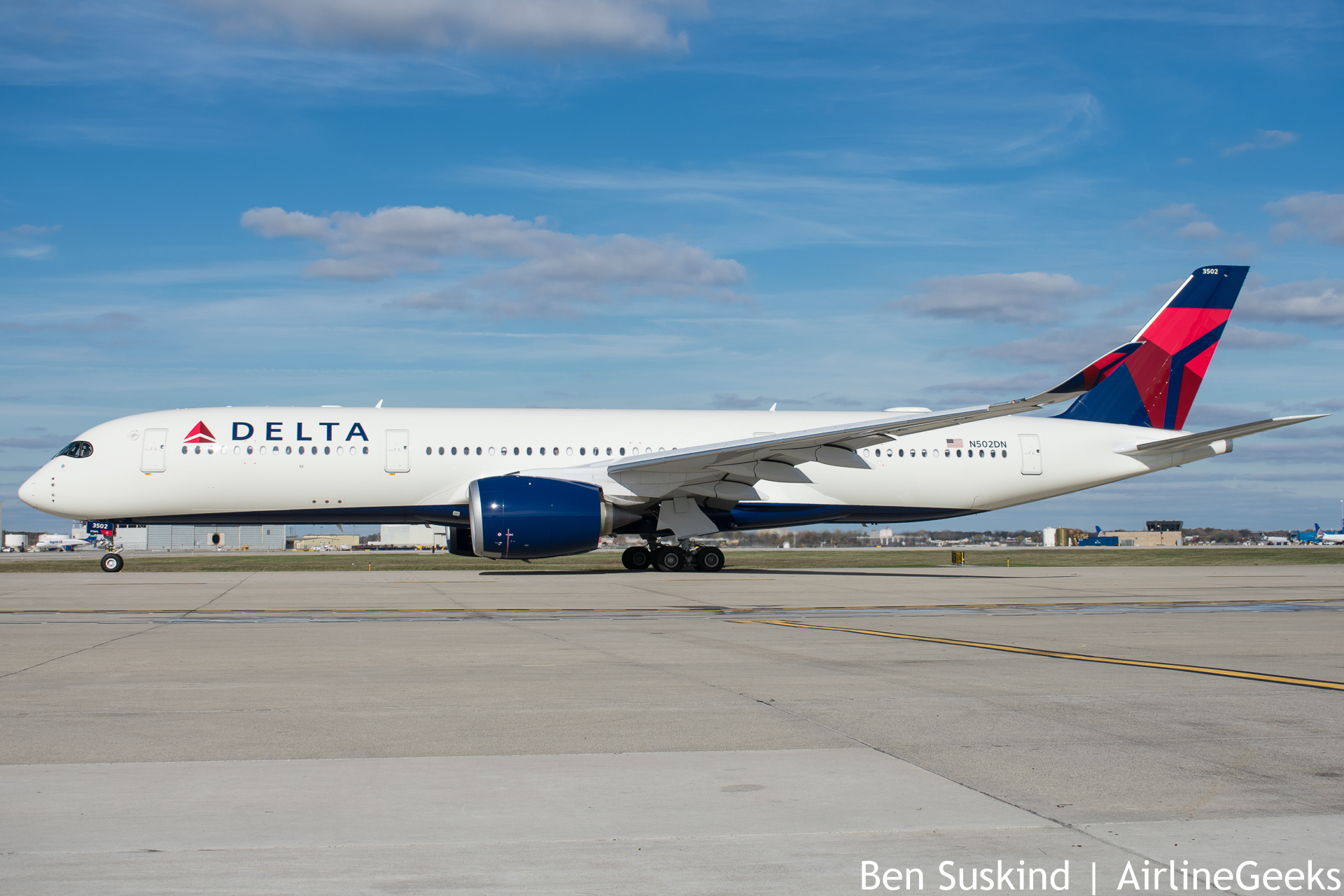 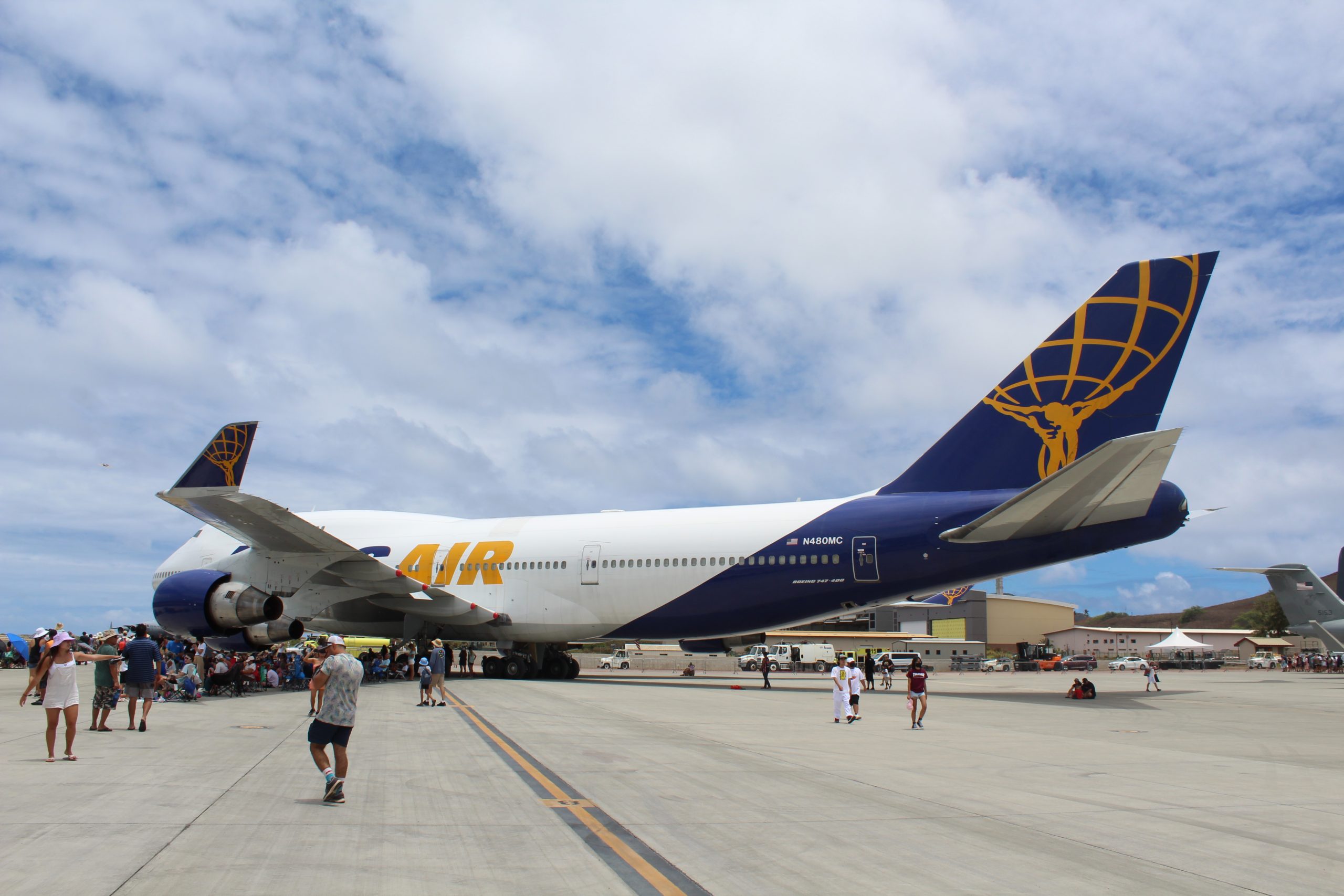 Echoing off the Jurassic mountains of Hawaii's Kaneohe Bay, the sound of jet engines filled the skies at last month's…

When reviewing an airline, it's easy to focus on what appears to the eyes. Obviously, it includes presentation, comfort and that all-important reliability. After all, airlines exist for the simple reason of rapid transportation at an affordable price. However, as the informed reader is surely aware, airline performance is inseparably…

In recent days, consultants from the Italian government's ministry have been sorting out draft contracts for the final sale of…