Passengers will see planes in a special FIFA livery and will be able to stream many of the games directly on their flights. In addition, there will be limited edition amenity kits, football jersey-styled loungewear and more for FIFA fans traveling on Qatar Airways.

Most importantly though, Qatar Airways is introduced special FIFA-themed menu items that feature a variety of meal and snack options including typical game day snacks like burgers and chicken wings along with the standard types of dishes offered on Qatar Airways.

AirlineGeeks had the opportunity to sample a few of these dishes and discuss the inspiration behind some of these dishes with Mary-Jane Bonnaud, Qatar Airways’ Culinary Development Manager.

Things started off with an amuse-bouche of lobster cocktail with poached prawn topped with caviar. 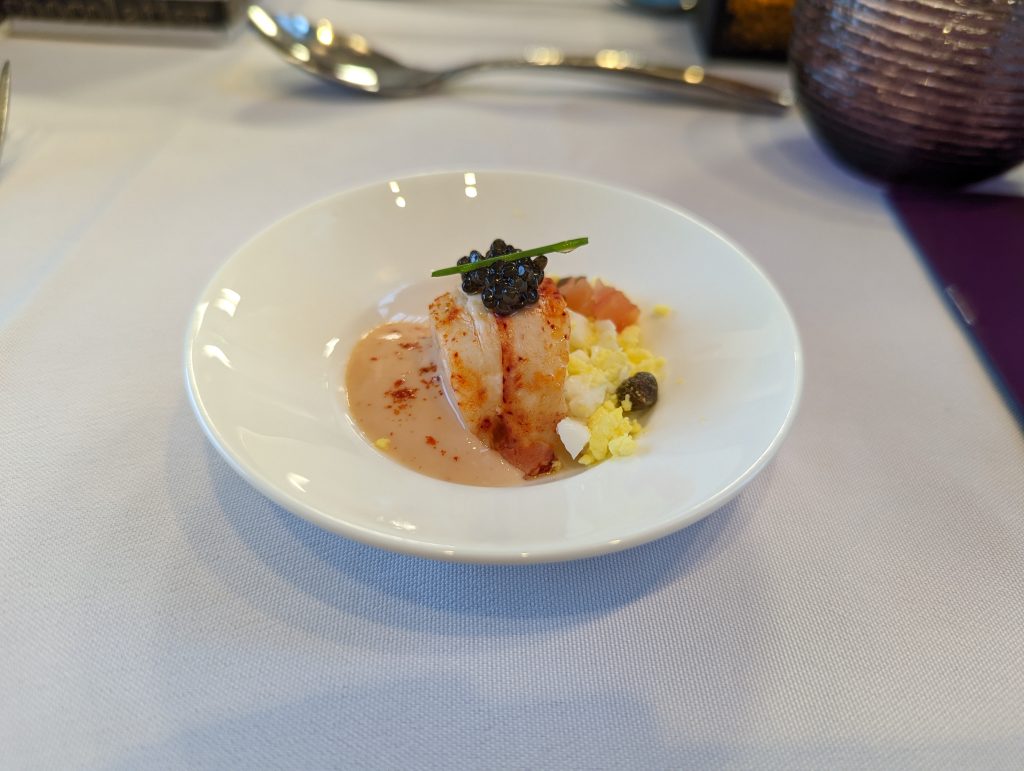 This was followed by a wholesome soup, corn and jalapeno soup topped with Crème Fraiche. 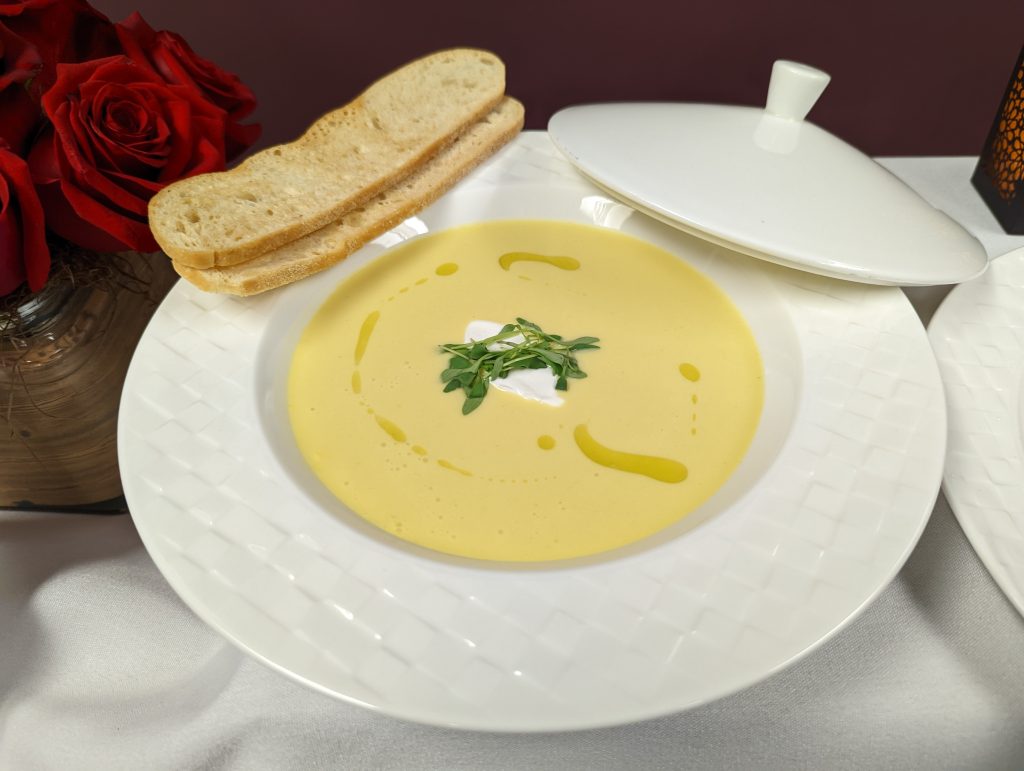 Things got better when the sampler was brought out. 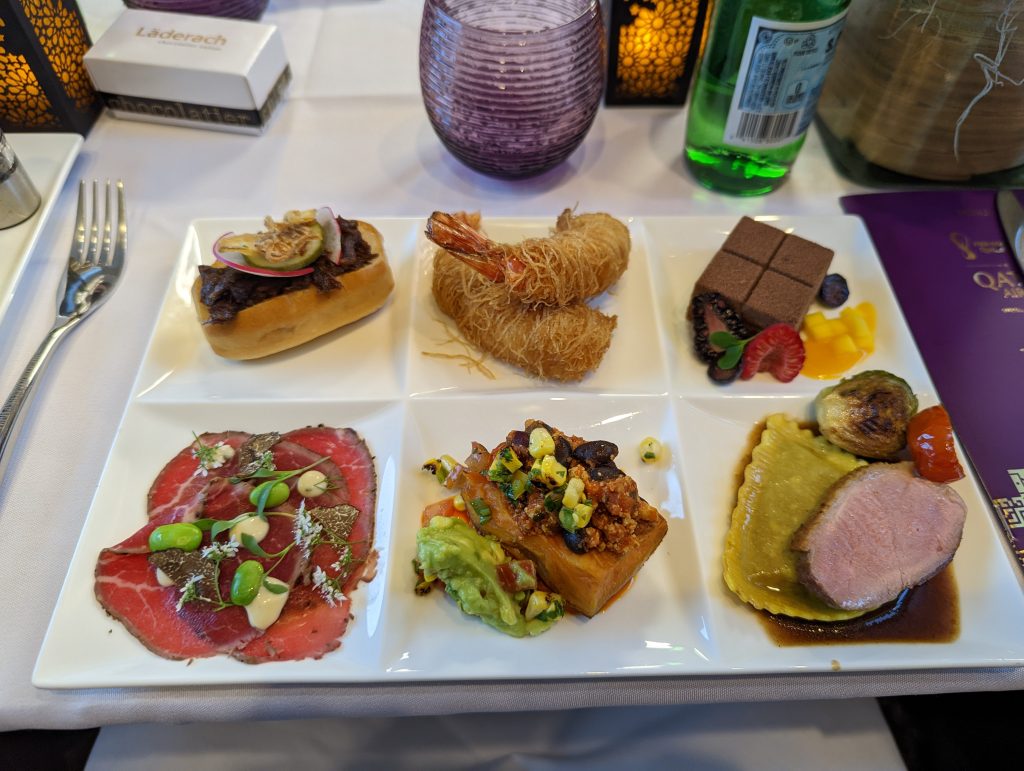 A lot of the FIFA menu items are specifically geared around snack foods that people would typically have while watching sporting events. Below is how the steak nachos would look if served on a Qatar Airways flight departing the U.S. 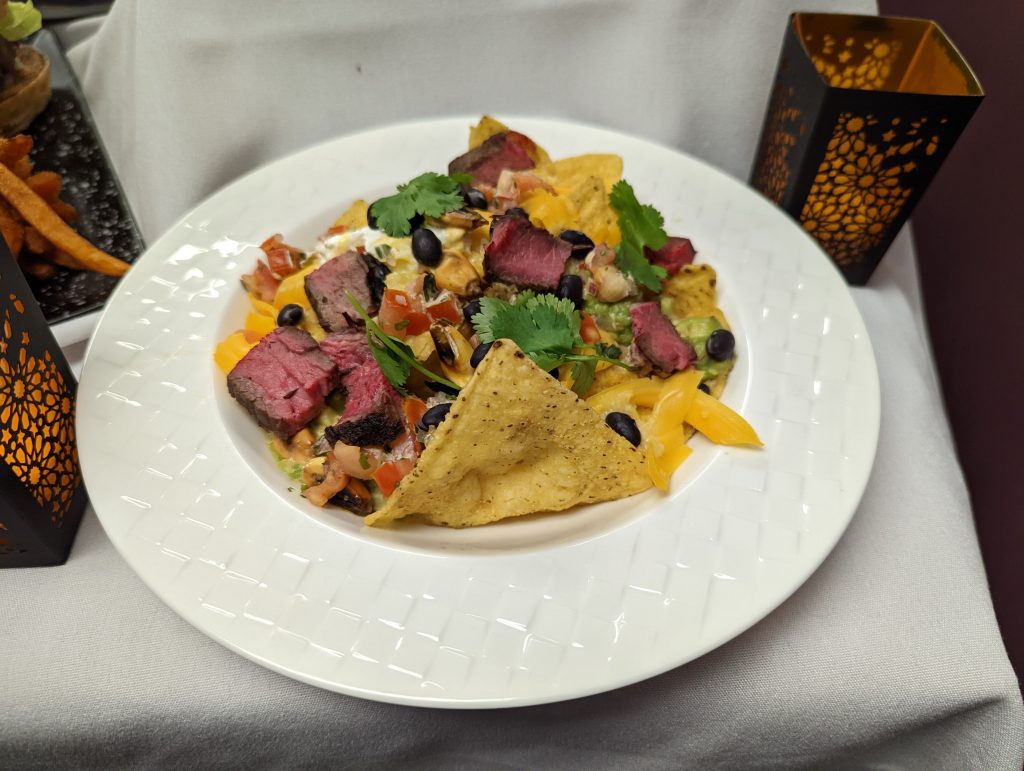 Things got fun with the burger. The exact type of burger will vary based on the route. On flights from the United States there will be a burger with the typical fixings of an American cheeseburger.

Flights from Australia, for example, will have uniquely Australian fixings like beetroot on their burgers. 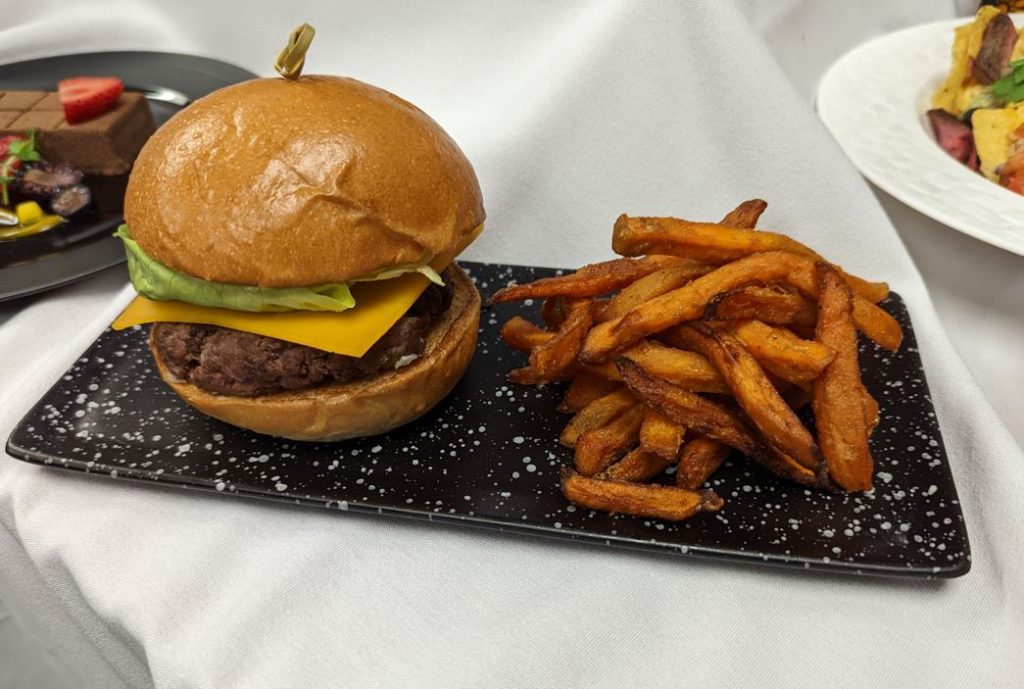 Qatar Airways primarily uses Do&Co for catering in the United States where available, alternatively, Gate Gourmet and Sky Chefs are used. Do&Co has a reputation within the industry as being one of the better caterers, however, Qatar Airways’ culinary director has assured AirlineGeeks that the offerings will be consistent across all North American departures in terms of taste, appearance and quality.

Airline catering is something that’s frequently overlooked so it’s always refreshing to see airlines take a fun approach to cater flights. Airline catering kitchens clearly have the capability to make good food as evidenced by airlines like Qatar Airways and Turkish Airlines. It is just a matter of the airline caring enough to make the necessary investments to offer good food on flights for its passengers.

Dallas-based JSX has announced the addition of two more destinations to its route map. This comes just a month after…