Review: Wings Over Illawarra Was All About Aviation History

The chance to visit any air show is, of course, a delight. The opportunity to attend an air show based at an aviation museum, however, is extraordinary. That’s what makes Wings Over Illawarra so distinctly unique. With pristine blue skies and open hangars packed full of aircraft, we found ourselves detached from reality in the netherworld of aviation.

While it is a tremendous sight to behold the array of warbirds from all eras take to the sky, Wings Over Illawarra always promises to highlight the equally historical and elegant – historical airliners. It’s this unique – and often forgotten – genre toward which AirlineGeeks gravitated, specifically two Australian icons.

“Set your course by the stars, not by the lights of every passing ship.” – so said the legendary Omar Bradley. It is a profound statement and one that this writer understood in its most literal sense. And so, in true AvGeek fashion, we set our sights on a Constellation – the Lockheed C-121C Super Constellation.

The Historical Aircraft Restoration Society’s Super Constellation, or ‘Connie’ as she is better known, is the last flying example anywhere in the world. Representing a bygone era of air travel, its vintage Qantas livery immediately transports the observer to a time of well-groomed travelers and, for Qantas, better times (the reader knows this to be true). 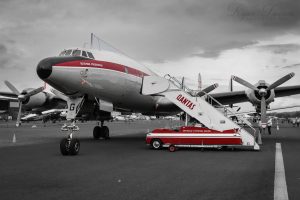 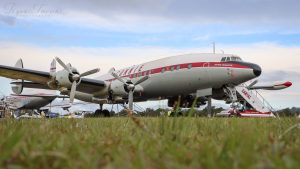 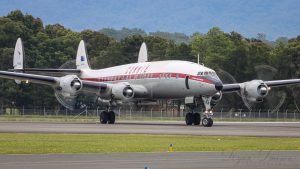 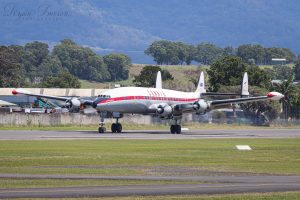 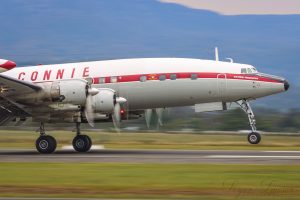 Despite its reputation as the best three-engine airliner, the dolphin-shaped Connie graces the skies with smooth elegance untapped by most modern airliners. Staff and engineers at HARS told a tale of this beauty’s oceanic crossings concerning its engine reliability. It seems that at one point in every flight, one engine decided to call it quits. Using this formula, the Super Constellation could expect an overhaul of all engines every four stops.

The fuselage itself represents another remarkable design from Lockheed. Imagine if the fuselage could assist with the generation of lift. The shape does just that, generating a degree of lift that puts the Constellation up in that starry sky. When props ruled the sky, the Super Constellation was king.

As if the theme centered around the starry, starry night, it is another group of celestial bodies we turn our eyes to – the Southern Cross. Having been awarded the status of immortality in this affectionately named Fokker F.VIIB, Australian aviator Charles Kingsford Smith and his crew made the first ever trans-Pacific flight from mainland USA to Australia in 1928.

While the original is no longer airworthy, a dedicated crew painstakingly built a replica which we were privileged to board. Originally built between 1980 and 1987, the machine suffered a mishap in 2002 when the main wheel fell during take-off, finally nearing airworthiness today.

This new Southern Cross is a faithful replica of the old, manufactured with steel tubes and timber, a doped Irish Linen fuselage, and a spruce and plywood wing. It was about three meters of this wing that broke off during the failed take-off of 2002.

Of course, the eagle-eyed observer or historian will note some significant differences between the original and the replica, most notably the cabin. In 1928, the three 220 horsepower engines (joked to this writer that these “ran on oil, and cooled with fuel”) were supplied fuel from tanks in both the wing and cabin, with Smith having crammed as much fuel as possible for his historic flight. Today, those engines have been replaced with 300 horsepower models, with the cabin refitted with seats and a timber interior trim.

Boarding the plane, the cabin and cockpit feel true to the era – cramped but cozy. While the windows are larger than the original (which was converted to an airliner in its later years), the interior is still unmistakably a trip back in time, and one could be assured that in flight, it would certainly sound just as heritage.

One major question was, for this writer, how true is the cockpit? The answer is this: as true as possible. Given the fact that this aircraft does fly in the modern era, it is a given that the instrumentation installed must meet modern standards. Yet, despite the modern edge, the controls definitely hit the mark. Wire pulley systems are clearly visible on the beautiful timber wheel (yes, not a yoke or stick-wheel), and the rudder pedals are a close fit for the age (although they are Piper pedals). At the time of viewing, the radio was not installed, and this was a key reason for its inability to fly. 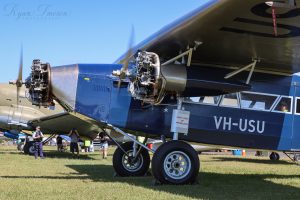 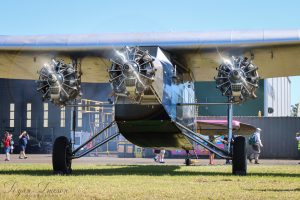 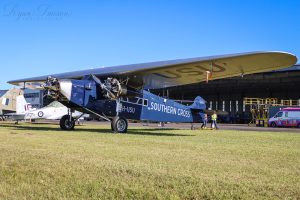 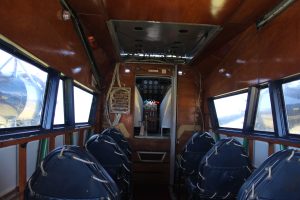 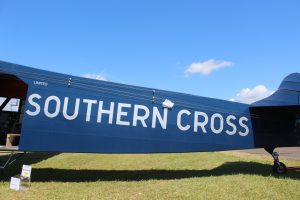 As we viewed this extraordinary and pioneering aircraft, it just so happened that another Australian aviation pioneer came by. As the first aviator to fly a helicopter solo around the world, Dick Smith – a huge supporter of the volunteer HARS – popped by to visit the Southern Cross. To shake hands with this iconic aviator beneath the wing of an iconic aircraft was, well, iconic.

A Fine Tribute to Aviation

This year’s Wings Over Illawarra was a fine tribute to aviation and its history. The collection of both static and flying aircraft from the Historical Aircraft Restoration Society, as well as others around Australia, was extensive. In fact, two days really doesn’t seem enough to thoroughly examine this extraordinary collection.

While this writer merely – and briefly – covers just two of the many machines, it is highly recommended that any AvGeek in the Sydney region visit Shellharbour Airport and the attached museum. AirlineGeeks would like to thank fellow AvGeek Ryan Imeson for the incredible photography. Enjoy the photos! 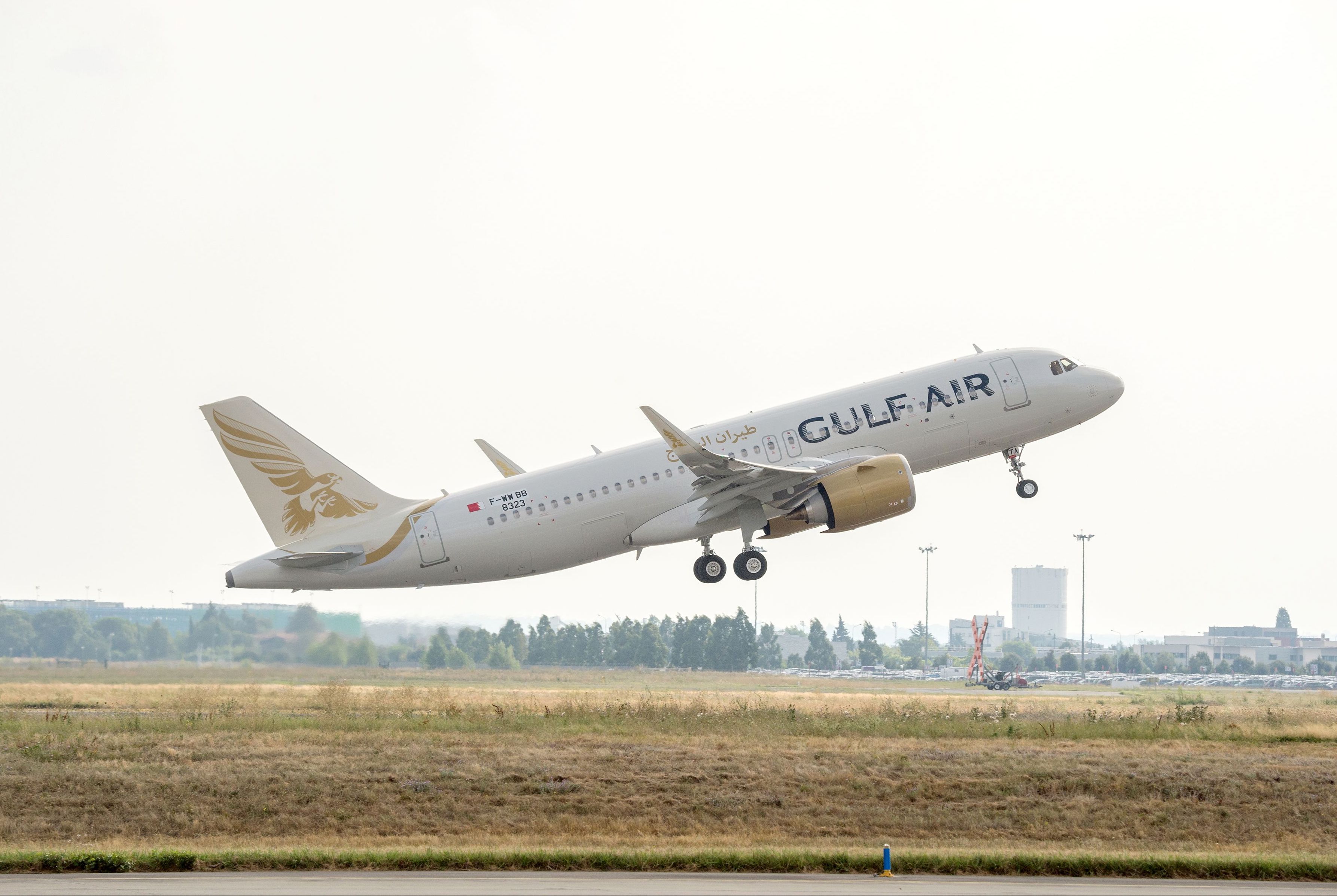 Emirates and Gulf Air today signed a new codeshare agreement on the first day of the Bahrain International Airshow. The… 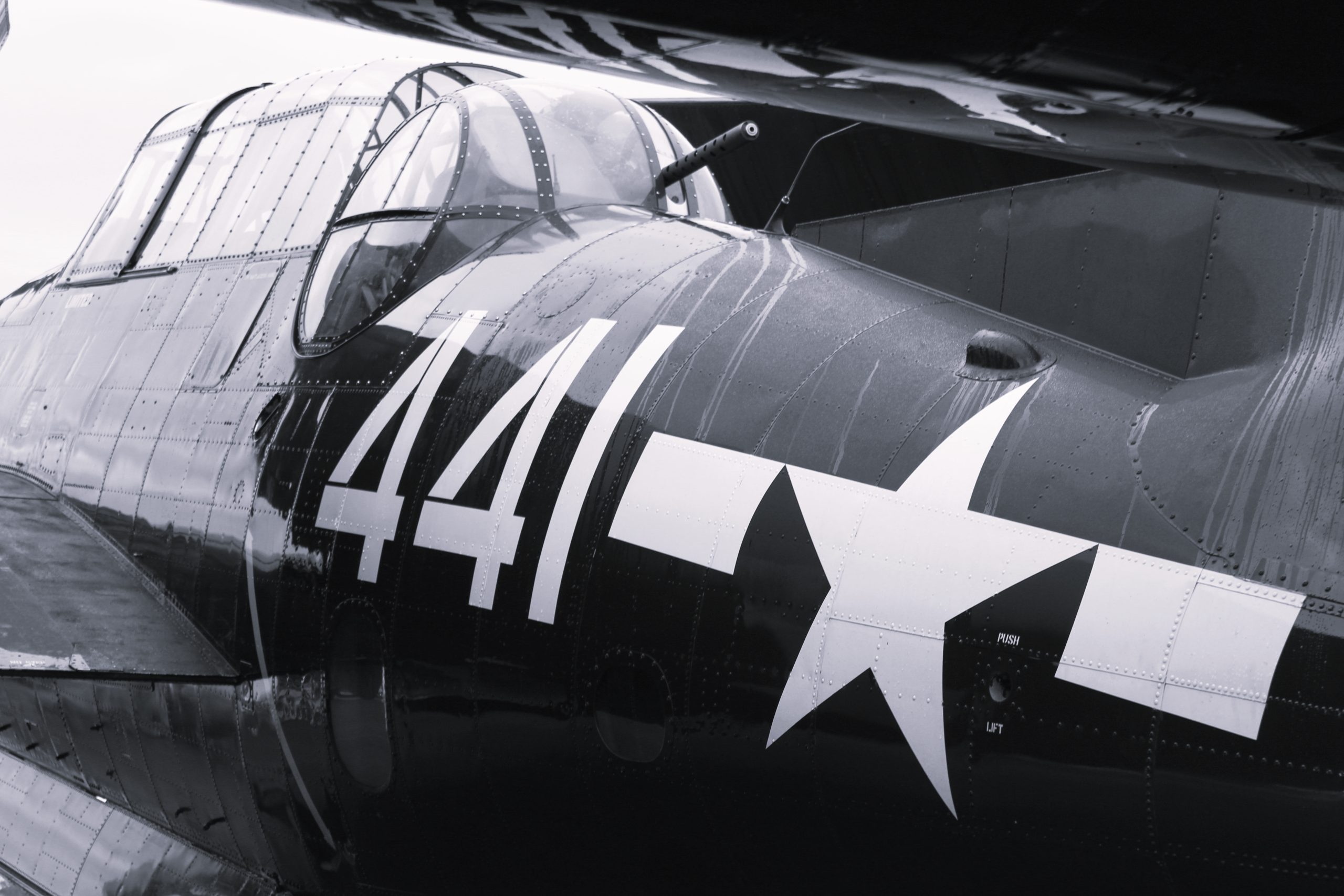 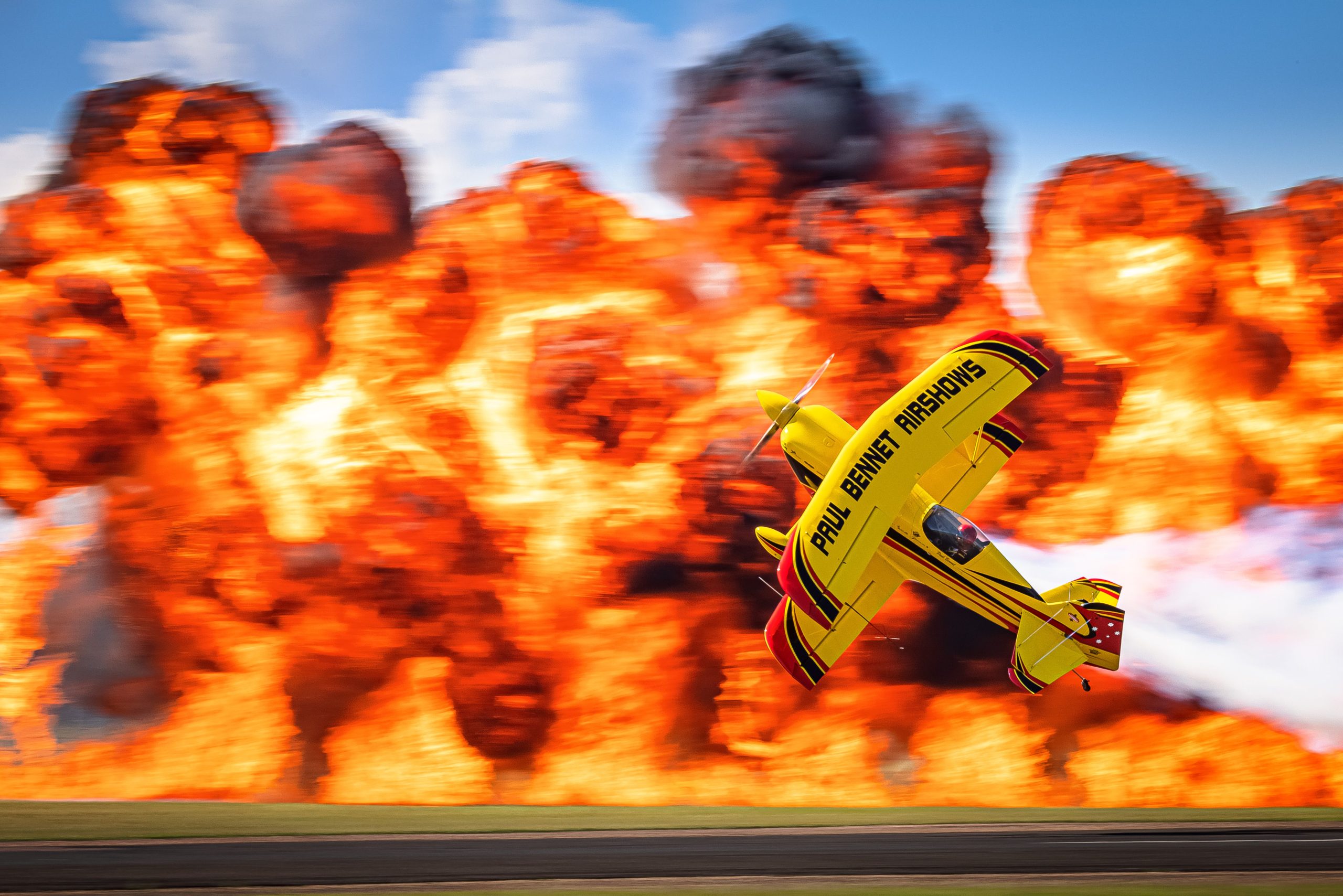 Across the globe, AirlineGeeks and you – our community – are joined by one love: the love of flight. That…