This Year in Commercial Aviation: 2014

Wow, what a year for commercial aviation! This year was an action packed year for the airline industry and it carried with it highs and lows. In 2014, we lost airlines and certain aircraft, but also gave birth to new ones. Unlike 2013, 2014 carried with it devastating aviation incidents that will be in the history books for years to come. On a more positive note, 2014 also will mark the aviation history books with new aircraft and airlines that will hopefully last for years to come. With this story, let us remind you what occurred in 2014 and how these events have the potential to shape the industry for many years to come.

Airlines That Were Born in 2014

On February 14th, Ethiopian Airlines flight 702 was hijacked enroute from Addis Ababa, Ethiopia to Rome, Italy. The hijacker was the first officer of the flight and he forced the plane to be flown to Geneva, Switzerland. He took control of the aircraft over Sudan by locking the cockpit door when the captain left the flightdeck and went to use the lavatory. He circled Geneva airport for some time and then was forced to land with 10 minutes of fuel remaining and only one working engine. The co-pilot claimed he was seeking political asylum.

On March 8th, Malaysia Airlines flight 370 disappeared and has not been found since. The airplane, a Boeing 777-200ER, was flying from Kuala Lumpur, Malaysia to Beijing, China. The last voice contact heard from the airplane was at 1:19 am Malaysian time. The 777, registered 9M-MRO, was carrying 239 people when it lost contact over the Andaman Sea. Many theories have been released on what might have happened, but none have been proven because nothing has been found. A large search effort was allocated to help located the plane and is still ongoing.

On June 10th, Emirates Airlines announced that they would be cancelling their order for 70 Airbus A350 widebody jets. It is believed that the orders were cancelled as part of a fleet reevaluation program which included an order for 50 Airbus A380 jets.  Emirates may be looking to move towards a fleet consisting of just A380s and Boeing 777s.  Even after the cancellation, Airbus still has over 800 orders for the airplane.

On July 11, Air New Zealand’s first 787-9 Dreamliner made its arrival into Auckland.  This marked a milestone in the 787 project as two of the three planned variants of the 787 were now flying for airlines.  This was the first 787-9 delivery for Boeing.   Other 787-9 deliveries in 2014 included Japan’s All Nippon Airways and United Airlines.  Etihad Airways also contractually took delivery of their first 787-9 on the last day of 2014, but the date it flies back to Abu Dhabi will be sometime in early 2015. 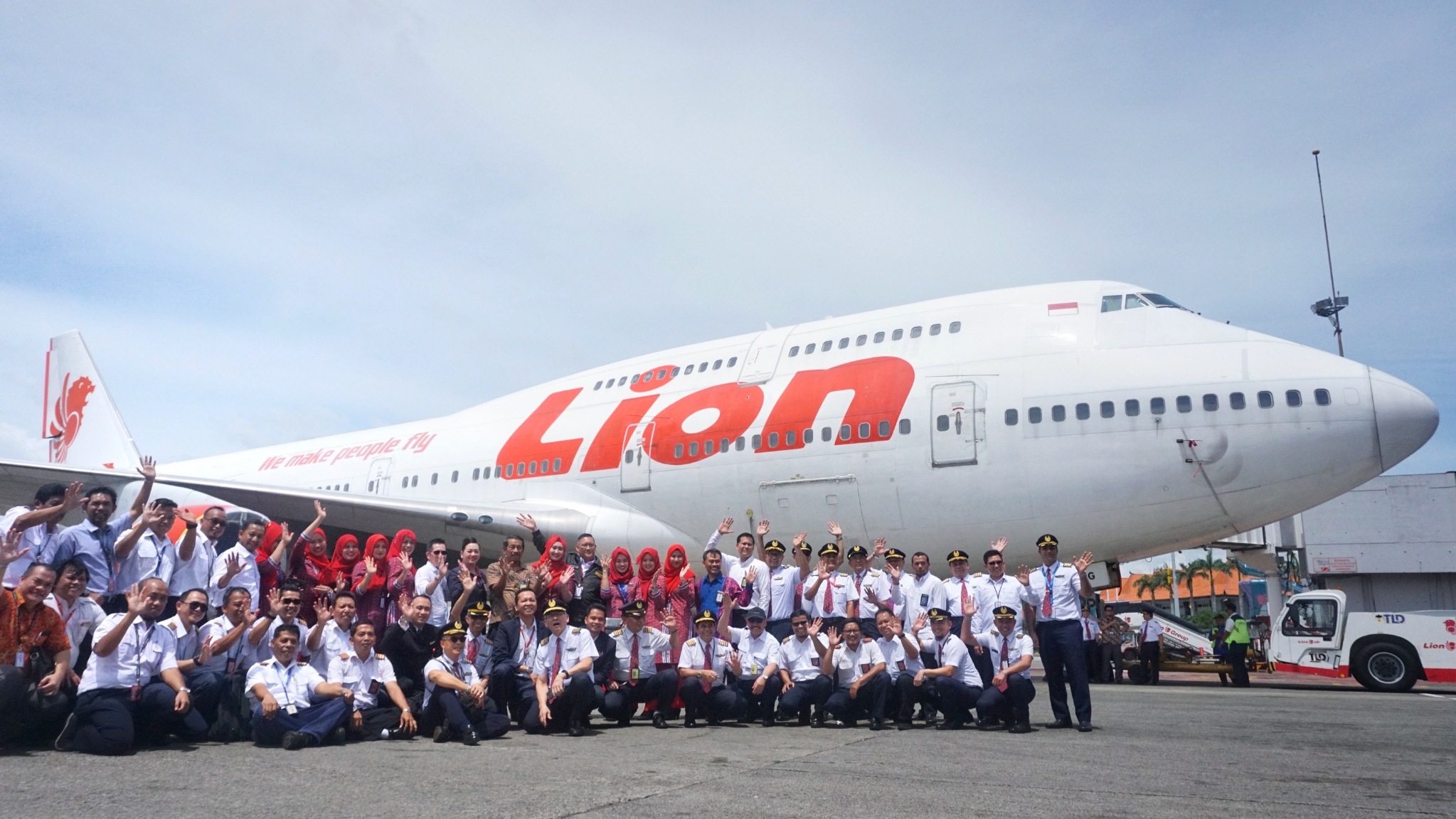 On July 14th, Airbus announced the launch of the newest member to-be in their widebody family. The A330neo will be based on the current A330 but will have improved engines and new aerodynamic improvements.  There will be two variants of the A330 NEO, the -800 and the -900.  To date, the program has 120 orders and the first flight is expected to be sometime in 2016.

On July 17, Malaysian Airlines flight 17 flying from Amsterdam and Kuala Lumpur was shot down over the skies of Eastern Ukraine.  This tragedy, costing 298 lives, marked the second one in 2014 for Malaysia’s Boeing 777 fleet, the other being flight 370.  Although not confirmed, it is highly suspected that a group of pro-Russian separatists took the airliner down with a BUK missile system.  A full report will be released by Dutch authorities in 2015, possibly saying who was responsible for this horrific accident.

On July 24th, Air Algérie flight 5017 from Ouagadougou, Burkina Faso to Algiers, Algeria disappeared off radar about 50 minutes after departure. It was found to have crashed in Mail killing all 116 people on board. The cause of the crash is still unknown to this point and not much is known about the accident. The aircraft, a McDonnell Douglas MD-83, was being operated by Air Algéire but was owned by Swiftair of Spain.

Southwest Shows Off Its New Livery

On September 8th, Southwest Airlines rolled out its new branding and livery in Dallas.  The new livery features similar colors as the old one, but with a whole new look.  The new livery, called “Heart,” features a new setup of colors and different lettering.  Southwest has done a good job repainting aircraft as a large amount of aircraft have already paid their visit to the paint shop.  The new livery includes more vibrant colors and a modernized touch.  The new Southwest livery really stands out in an age of the “euro-white” liveries.

On September 9th, low cost carrier Frontier airlines announced a new branding that included a new livery.  The Denver based carrier decided to keep the iconic animal tails.  The first aircraft in the new livery, N227FR, is named Grizwald the Bear and is currently the only aircraft in the fleet with the redesigned livery.  The name of each aircraft can be found on the front, towards the nose, just below the cockpit.  The new livery features green lettering with flashes of previous liveries.  The engine nacelles are primarily green with a blue ring on the back.  The green represents Earth, meanwhile the blue represents water.  Including two elements of the Earth incorporated into the paint scheme fits perfectly into the nature theme Frontier’s branding portrays.

On September 25th, Etihad Airways of Abu Dhabi unveiled its new branding in a big way.  The new colors were shown off on the carrier’s first A380 aircraft.  Two days later, the new livery was unveiled on the airline’s first 787-9 aircraft.  The new colors feature a mix of desert inspired browns and golds arranged in differently shaped polygons; the shapes are inspired by Abu Dhabi’s architecture.  Eventually, the colors will be rolled out on other aircraft throughout the fleet.

The Wright Amendment is Lifted

On October 13th, a 35 year-old rule was put to bed. Since 1979, Dallas Love Field (DAL) was restricted to flights to states that bordered Texas along with Mississippi, Kansas, Alabama, and Missouri. With the lifting of the rule, airlines may fly to 41 states and the District of Columbia. The first flight to arrive at DAL after the amendment was lifted was Southwest Airlines flight 1013 from Denver. Southwest was not the only carrier to increase operations with the lifting of the amendment, Virgin America also started flights to various popular destinations throughout the U.S. from DAL. 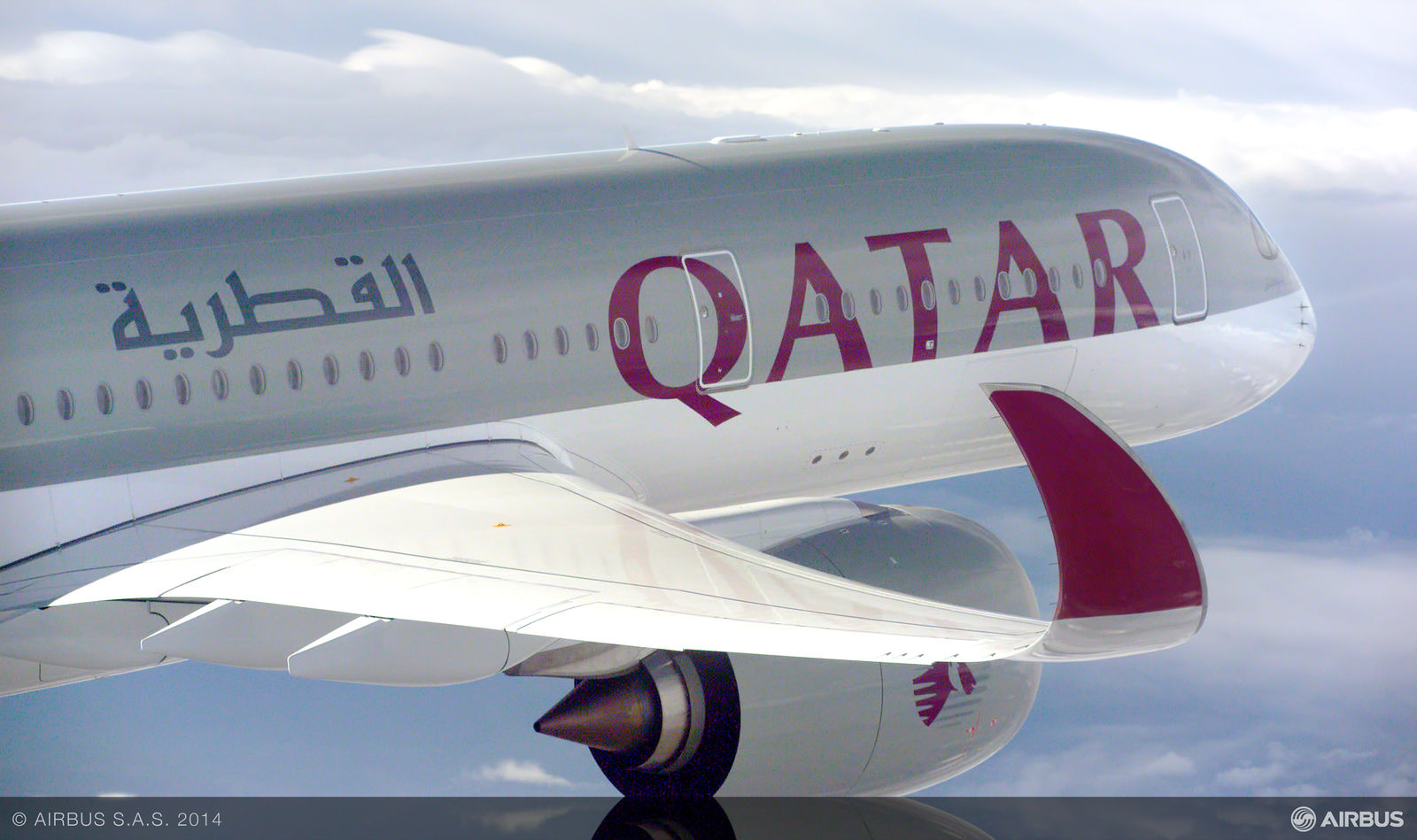 On December 22nd, the Airbus Company made history by completing the first delivery of the newest Airbus widebody, the A350 XWB. The aircraft was handed over to Qatar Airways at a ceremony held at the company’s widebody facility in Toulouse, France. The airplane, the A350-900, is the smallest confirmed type of the A350 family. Qatar Airways plans to use the aircraft on the Doha to Frankfurt route starting in January of 2015.

On December 28th, AirAsia Indonesia flight 8501, and Airbus A320, departed Surabaya, Indonesia for Singapore only to lose contact with air traffic control and disappearing off radar over the Java Sea.  Flight 8501 was flying through intense thunderstorms at the time.  The crew requested a climb to 38,000 feet, but the crew was denied and given 34,000 feet instead.  The reason for the climb was presumed to be for weather.  Despite an air and water search effort from multiple countries, the wreckage was not spotted until December 30.  Weather has been hampering search efforts.  Seven out of the 162 victims have been recovered so far.  There are conflicting reports as to whether or not the fuselage has been spotted by Sonar on the ocean floor.

Of course we may have missed some events, but in the hearts of many, they will not be forgotten.