The Near Future of the Airbus A350 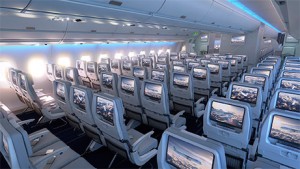 Finnair: Finnair will take delivery of its first A350-900 XWB this fall.  Finnair has a total of 19 A350-900XWB on order after just firming up an order for eight more. Before branching out to Asia, the A350 will be deployed throughout Europe from October 5th to the 15th.  Beginning Oct. 25, the first A350 route to Asia will begin with a once daily service to Shanghai Pudong (PVG).  On November 21st, the A350 will be deployed daily to Bejing Capital (PEK).  On December 4th, the A350 will be begin a daily flight to Bangkok (BKK).  February first of next year, the A350 will fly daily to Hong Kong (HKG).  On May 5th, the A350 will be sent daily to Singapore Changi (SIN).  Finnair’s A350 will feature a total of 297 seats.  There will be 46 business class seats, 43 economy comfort seats, and 208 normal economy class seats.  Each seat will come equipped with an 11 inch seat back monitor. 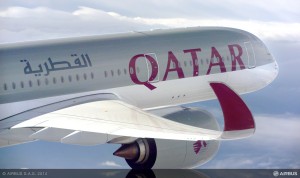 Qatar Airways: Qatar Airways has already deployed its A350 twice daily to Frankfurt.  The next major route for Qatar’s A350 is to Singapore.  Beginning May 11th, Qatar’s A350 will operate flight 938/939 to Singapore.  Then on July 16th, a second daily flight to Singapore will be operated by Qatar’s A350.   Qatar was the launch customer of the A350 XWB and has a total 78 more A350’s on order in addition to the two they already operate.  There will be a total of 43 A350-900s and 37 A350-1000s in Qatar’s fleet by the time the order is fulfilled.  Qatar operates its A350-900 is a two class configuration.  There are 36 flat-bed business class seats and 247 economy class seats.  Every seat has its own seat back monitor with a personal entertainment system. 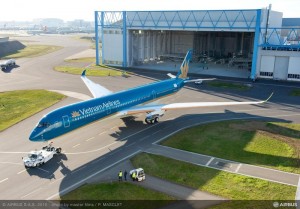 Vietnam Airlines: Vietnam Airlines will welcome a total of 14 A350-900 XWBs into its fleet, four of them leased from AerCap.  Currently, Vietnam airlines will fly their A350 domestically between Hanoi and Ho Chi Minh City beginning July first.  The A350 will operate two flights each direction each day.  On September 30th, Vietnam Airlines plans to operate its A350 to Paris Charles De Gaulle (CDG) six times a week.  A day later, Vietnam Airlines will initiate daily A350 service to Seoul Incheon airport.  Interior details for Vietnam’s A350 are unavailable at this time.