The U.K.’s Busiest Airport in Limbo: What’s Next?

The United Kingdom’s largest airport, London Heathrow, has been running at almost full capacity since the ability for cheap air travel was created back in the 1960s. While many plans have been drawn up, scrapped and revised, few solutions have truly come together to create an efficient system for providing air service to the 15th largest city in the world by population.

Established back in 1930, the 150-acre piece of land was built to serve as a private airport for test aircraft under the name of Fairey’s Great West Aerodrome. Along came World War II, and the U.K. parliament took possession of the aerodrome and the land surrounding the hamlet of Heath Row. This was all a part of a plan to clear land in order to make way for Royal Air Force (RAF) Heston, a military airfield famous for its “Star of David” pattern of runways that would soon house long-range transport aircraft.

The airfield found itself completed shortly after the war had ended, and with there being no need for another military aerodrome in the area, the land was handed back over to the government’s air ministry to go on to serve under the name London Heathrow, London’s newest civil airport. Over the years numerous government bodies have juggled with the idea of expanding Heathrow Airport, with all wanting a reasonable solution that doesn’t displace its political party from power. Expansion itself is a delicate topic, as many locals do not want to have more aircraft noise in their area, while others want more international flights and therefore more business to arrive at their doorstep. 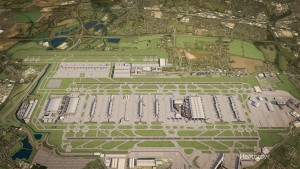 An aerial view of LHR (Photo provided by Heathrow Airport)

Back in 2003, the labor government started the procedure to lobby a bill that would allow for the expansion of Heathrow. This was swiftly removed by the Conservative-Liberal Democrat Coalition who entered the new term together, vowing to their voters that there will be no expansion. However, they knew this would not be the end of the issue, and so the airports commission was set up in 2012 to independently consider how the U.K. can “maintain its status as an international hub for aviation and immediate actions to improve the use of existing runway capacity in the next 5 years.” In other words, to find out which airport, London’s Heathrow or Gatwick should be expanded; or for a new airport to be built altogether in the Thames Estuary.

Three years later, Sir Howard Davies released his eagerly anticipated final report on the 1st of July, which after summarizing all three potential options, backed the idea of expanding Heathrow Airport with a third runway to the north-west of the main site. The reasoning behind the decision was to create the most jobs and serve as a economic hotspot for making the most revenue for the country.

With expansions of Paris’ Charles De Gaulle and Amsterdam’s Schiphol Airport having already been completed, the idea of expanding Heathrow is seen as the best option to keep the U.K. competitive with its European rivals.

The Commission has been received with mixed responses, as many residents around Heathrow continue to strongly oppose the expansion, citing the increase in noise and air pollution as major issues, as well as those who could potentially lose their home to allow for the runway to be built. 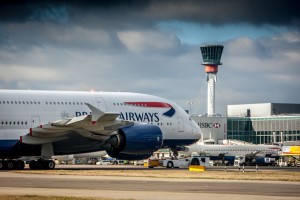 Willie Walsh, the CEO of British Airways’ parent company International Airline Group (IAG) has also expressed his disapproval for expanding the airport, which primarily houses his airline, because of the funding that would be required for the expansion. He claims the idea of expansion is “outrageous” and that his company will not be footing the bill for it. The comments were made at the same time as IAG, who also owns Iberia and European budget airline, Veuling, announced a $6.32 billion rise in revenue, increasing the company’s profits by 40%.

Prior to the release of this report, the three main political parties welcomed the commission, but no party confirmed that it will accept or implement the report’s outcome if they were to win the May 2015 general election. Since the Conservative Party won the election and took overall majority to form the government, it has formally welcomed the report, barring an inter-party divide on the matter, and will decide the next steps towards the end of this year.

Whatever happens next will be no easy decision for the local government to make. Whether politicians choose to expand Heathrow, turn its back against the report and decide to expand Gatwick, or build a new airport altogether, upcoming decisions will drastically effect the international travel market and its desire to continue to expand in London.