Over the years, airlines have come and gone from the British skyline. While some have been more famous than others, they all have left an impact on the cities they once served. Both West England and Wales have been a particular battle ground for new airlines, as some airlines such as FlyBe have firmly cemented themselves in cities such as Exeter and Cardiff. Some upstarts have attempted to dethrone the airlines already there, but most have collapsed into a history book. However, these three airlines’ short legacies have left a lasting legacy within the United Kingdom.

BA Connect originally started in 1970 as Brymon Airways. After multiple years of success, the airline slowly grew until British Airways bought the carrier in 1993, effectively renaming it British Airways CitiExpress in 2002. The airline, now under new ownership, quickly set up routes from Birmingham and Manchester to establish a feeder system toward British Airways routes. This also served as a way to keep British Airways passengers from always transferring to London Heathrow or London Gatwick. Routes to Bristol, Southampton, and London City Airport on CitiExpress were also added shortly after the creation of CitiExpress. 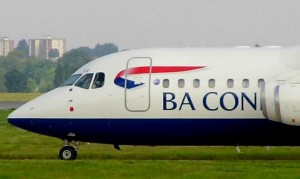 CitiExpress suffered mixed results, and soon after starting new routes the airline rebranded itself to BA Connect. It also started offering lower fares to combat the massive expansion of EasyJet, RyanAir, and especially FlyBe in the United Kingdom’s market. The airline also slowly started replacing its fleet of BAe 146s with Embraer ERJ-145s. In addition, CitiExpress stopped offering complementary drinks and food, but kept most other extra costs equal to the parent airline.

BA Connect was unfortunately short lived, as within a year British Airways made an agreement with fellow British carrier FlyBe to transfer the low cost arm of British Airways to the budget carrier, as well as offering to pay to help transition BA Connect to FlyBe. FlyBe also had to promise not to cut any Scotland routes. The transition occurred quickly, and BA Connect’s fleet now is operated by FlyBe. The only planes that weren’t transferred were a few BAe 146, which were phased out later for newer Embraer E-jets.

Air Southwest started in 2003 as a way to grow service to southwest England after British Airways pulled large amounts of service from this area. The airline started with Bombardier DHC-8-300s between Plymouth Airport and London-Gatwick with a stop in Cornwall. They also quickly added service between Plymouth and Manchester with a stop in Bristol. The airline started service the day after British Airways disconnected those routes. 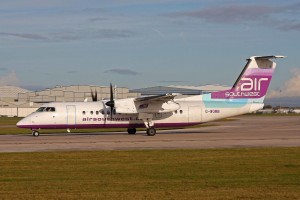 New routes were added, and the airline totaled 5 Bombardier DHC-8-300s with a route map based mostly out of Plymouth, Bristol, and Cornwall. Norwich and Cardiff joined the route map in 2005, however, both routes were quickly removed in 2007. In return, the airline started flights to Jersey on behalf of a local travel agency in 2009, as well as a flight to London City Airport in 2010. The airline struggled to find suitable year round routes, and soon suspended service to London Gatwick.

The airline attempted to form a strategic alliance with Eastern Airways but with less than a year into their relationship, Air Southwest was looking for a buyer. Eastern purchased the airline on December 1, 2010 after Air Southwest announced that its was officially bankrupt. It would go on to slowly close down flights over the next few months, with the last flights taking place in September of 2011. After this, the remainder of Air Southwest’s fleet was transferred to Eastern Airways. The closure of Air Southwest also lead to the end of Plymouth Airport, which couldn’t find a replacement air service provider and shut down operations on December 23, 2011.

Air Wales was another small airline that attempted to start operations in the 21st century, with flight starting in 2000 on Dornier 228s. The airline started with flights to and from Swansea Airport, but after four years and no profit, the airline switched cities and moved its operations to Cardiff. Air Wales also started a partnership with Bmibaby which allowed for Bmibaby passengers to get to Glasgow and Belfast on Air Wales. Soon after Air Wales moved to Cardiff, the airline had a fallout with the company and cancelled their contract with bmibaby. 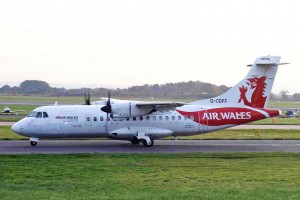 Air Wales quickly expanded at Cardiff, with flights to Brussels, Paris, Cork and Dublin being introduced. Small focus cities were also formed at both Plymouth and Swansea. With new routes came new planes, as the Dornier 228s were replaced with five ATR 42s only a few weeks prior to the move to Cardiff. However, overexpansion hurt Air Wales, and after reaching the height of their route map in February 2006, the carrier started to rapidly collapse. Plymouth and Irish routes were cut as the airline faced monetary problems. The airline claimed that high operating costs and intense competition from low cost carriers led to the majority of their problems, and would eventually result in Air Wales suspending all operations in April of 2006. Since the collapse of Air Wales, Swansea Airport has not seen any commercial air service. However, FlyBe as formed a hub at the former Air Wales headquarters in Cardiff.

Each of these airlines tells a unique story into the often forgotten British airline history. While each would go on to meet their own unique demise, their impact on the industry is still seen to this day.