The Inauspicious “Curse” of Flight 191

What’s in a flight number? Most flight numbers are assigned based on one of two factors; the route of the flight, such as short haul and long haul, or based on the operator of the flight, for example “American Eagle operated by Republic Airways.” When the worst happens and a flight is involved in an accident, the airline will often retire that flight number from their system.

However, there is one, slightly ominous flight number that appears to have a higher than normal amount of crashes, and it is flight 191. There have been four commercial flights with the flight number 191 that have crashed, as well as one flight that had an onboard incident resulting in a diversion. The stigma of flight 191 has lead many airlines to not schedule a flight 191. 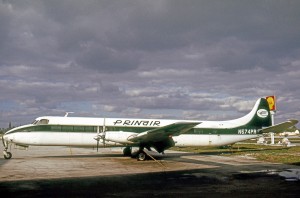 The curse of flight 191 began in Puerto Rico in 1972. Prinair was the flag carrier for Puerto Rico, and operated numerous flights around the island and beyond. On the night of June 24th, 1972, a Prinair de Havilland Heron was operating flight 191 between Luis Muñoz Marín International Airport in San Juan and Mercedita Airport in Ponce on the South end of the island. Due to the flight’s poor punctuality, the control tower at Mercedita was closed, and the pilots had to declare their intentions on the uncontrolled frequency. As the airplane was approaching the airport, the pilots believed they saw an airport vehicle on the runway. The pilots then executed a missed approach and ended up stalling the aircraft above the runway. The flight proceeded to drop and suddenly crashed into the runway.

Of the 20 people onboard, five were killed including the two crewmembers. The NTSB initially ruled that the presence of an unauthorized vehicle on the runway caused the pilots to go around and stall. However, three years after the accident, the NTSB reopened the investigation when it was revealed the person believed to be the driver of the vehicle had left the airport 15 minutes before the crash. The investigation could not conclude on what had caused the pilots to abort the landing and go around. 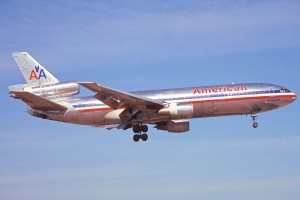 The next flight to fall victim to the curse was one of the most publicized aircraft crashes of the time. In 1979, on a clear May day at Chicago O’Hare International Airport, an American Airlines Douglas DC-10 pushed back from gate K5. The DC-10 was operating flight 191 with nonstop service to Los Angeles International Airport. The flight taxied out to runway 32R and begun its takeoff roll shortly after reaching the runway. However, during the takeoff roll things began to go wrong; as the airplane reached V1, the pilots in the cockpit heard a loud thump. As they scanned their instruments, they saw that the number one engine on the left hand side had failed. They also saw that hydraulic pressure in system number one, powered by the number one engine had also failed. To the passengers sitting along the left-hand side of the aircraft, and to the people on the ground, the sight was much more terrifying. The number one engine had not just failed; it completely separated from the aircraft. Both the engine and the pylon assembly attaching the engine to the wing had flipped over the top of the wing. The assembly also ripped off a 3 ft. section of the leading edge of the wing.

The pilots were able to still get the aircraft off the ground and up to a height of 325 feet. Unaware the engine had physically separated from the aircraft, they followed standard engine failure procedure that called for a reduction in speed. However because of the failure of the hydraulic system, the slats retracted on the wing, raising the stall speed of the wing. The plane was unable to maintain lift and crashed into a trailer park 4,600 feet from the end of the runway. All 271 passengers and crew onboard, as well as two people on the ground, were killed when the aircraft crashed. The NTSB investigation was immediately launched in Chicago to begin their discovery process. One of the major clues the NTSB had was a photograph taken by amateur photographer and pilot Michael Laughlin. He had taken an infamous photo showing the DC-10 on its side and the number 1 engine missing.

The third victim to the flight 191 stigma occurred in 1985 in Dallas. Delta Air Lines flight 191 was flying from Ft. Lauderdale-Hollywood International Airport to LAX with a stop in Dallas. A Lockheed L-1011 operated the flight with an experienced flight crew at the helm. While halfway to Dallas over Louisiana, thunderstorms began to form in the path of flight 191. These storms were common for the hot Dallas summers and pilots were experienced with their strength.

The flight proceeded normally to Dallas and they begun their descent into DFW in the late afternoon, just as the storms were hitting their peak. They descended through the thunderstorms surrounding the Dallas area and lined up for landing on runway 17L (which is now 17C). As they were on approach, a severe thunderstorm lay between them and the runway. As the flight entered the storm, they experienced a microburst. A microburst is a weather phenomenon that causes an increase in headwind, slowing an aircraft down, severe downdraft, which pushes the aircraft towards the ground, then, a strong tailwind pushing the aircraft forward. The L-1011 hit the ground in a field short of the runway and bounced back up in the air. It then crossed a Texas highway on the end of the runway, where an engine hit a car, killing its sole occupant. The aircraft then bounced into the air again before veering out of control into water tanks on the airport’s perimeter. At this time the tail section spun off and ended up in the grass next to the runway. The entire forward section of the aircraft from row 34 to the nose was destroyed in the collision. In total, 137 people of the 163 onboard died in this tragedy. The NTSB was dispatched to investigate the crash. With so much of the aircraft destroyed in the collision with the water tanks and the post-crash fire, the investigators were left with very little to base their investigation.

Furthermore, the stormy weather in the area gave the investigators their first clue. Using radar images from the time of the crash, they were able to see that at the moment that the airplane began its final descent, they passed through a severe thunderstorm with strong varying winds creating rough wind shear conditions. This created the strong microburst conditions that caused the flight to lose lift and slam into the ground. Although the flight ended in tragedy, a lot was learned from this crash. Shortly after, NASA had begun research on technology to detect wind shear and microburst, and in 1994, the first wind shear detection device was installed on aircraft and made mandatory by the FAA.

The final victim to the flight 191 curse was a Delta Connection flight from Lexington, Kentucky to Delta’s hub in Atlanta, in late August of 2006. Delta Connection flight 5191 was operated by Comair as flight 191. The flight was an early morning flight to bring passengers to connections in Atlanta. The flight, operated by a CRJ-200, was nearly fully loaded for the early morning departure with only 3 empty seats. The light traffic at Lexington that morning meant flight 191 was quick to start up and taxi to the runway. 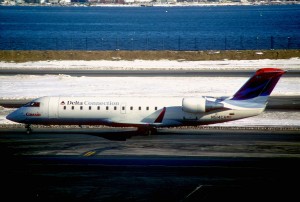 Once lined up on the runway,the pilots began their takeoff roll and noticed an oddity in front of them as the runway lights were not on. The pilots dismissed this and continued with their takeoff. Just as the pilots called for rotation, the aircraft ran off the end of the runway. The flight became momentarily airborne before slamming into the ground 1000 ft. from the end of the runway. The impact separated the tail from the rest of the aircraft: killing 49 of the 50 people on board. As the sun rose over the Kentucky bluegrass, the reason for the crash was quite obvious; Comair 191 had taken off from the wrong runway. Lexington has two runways; runway 22, used by most commercial traffic, and runway 26, used mostly by general aviation aircraft. The pilots had accidentally taxied onto the significantly shorter runway 26. The shorter runway meant that there was not enough room for flight 191 to takeoff.

The NTSB descended on northern Kentucky, and was able to quickly recover the CVR and FDR. Using these black boxes, the NTSB was able to determine the cause of the accident was pilot error. There was also unnecessary talk between the pilots, violting the FAA’s “sterile cockpit” procedure. Secondary blame was placed on the FAA for only having one air traffic controller on duty, as well as Lexington Airport for having poor signage and runway markings. The only survivor, the first officer, was left with severe injuries including losing a leg and being bound to a wheelchair.

Throughout history many cultures have unlucky numbers, and for the aviation industry it appears that unlucky number is 191. The amount of accidents with this specific flight number is unprecedented and has caused most airlines to retire the flight number from use. A check of Flightaware revealed only United and Spirit are still using that flight number, of the major U.S. carriers. The legacy of flight 191 still remains, but the numerous crashes have lead to changes and innovations in the industry that has made flying increasingly safer.