Photo provided by By Oyoyoy (Own work) [CC BY-SA 3.0 (http://creativecommons.org/licenses/by-sa/3.0)], via Wikimedia Commons

Following the sudden and climatic end to Russian airline Transaero, the airline’s fleet has begun positioning to storage locations. At the start of the month, Transaero announced it would be shutting down, expecting final flights in the middle of December. However, this process was quickly brought forward, and on October 26th, Transaero’s Operations Certificate was revoked by Russia’s Federal Air Transport Agency, Rosaviatsia.

The agency performed an unscheduled audit between Oct. 6 and Oct. 20, finding that the airline is “unable to service and repay its debt, as well as fund its operations,” according to the Russian Federal Aviation Regulations (FAR).

Since the announcement that Aeroflot’s attempt at taking over the debt-troubled airline fell through, S7 Airlines reportedly signed an agreement to acquire 51% of the airline. However, this last ditch attempt fell through as well, leaving Transaero with aircraft it had no funds to operate. 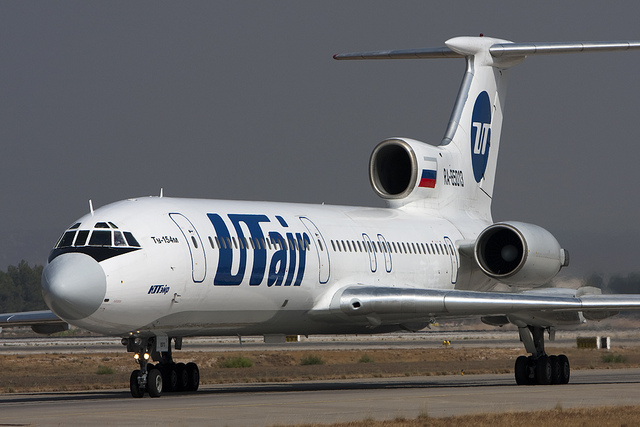 A UTAir Tu154 (Photo provided by Maarten Visser, Flickr. CC License: https://creativecommons.org/licenses/by-sa/2.0/. No changes were made.)

On October 25th, the airline began ferrying some of its fleet to its storage facilities. Around 25 aircraft under the callsign TSO87XX have already been positioned to Teruel Airport, Spain, joining stored aircraft from fellow Russian airline UTAir. Transaero’s two special livery 747s, EI-XLN  “Tiger Flight” and EI-XLO “Flights of Hope” are among those that have been sent into storage.

On the same day while other aircraft were being ferried into storage, a Transaero 767-200 operated the company’s last flight, flying as UN160 from Magadan to Moscow with a flight time of just over 7 hours.

Russian air transport is experiencing one of the worst crisis in its history as the market has been hit by the slump in oil prices, spiking a strong drop in purchasing power in recent years. These factors along with a weak local currency, continues to make it difficult for an airline such as Transaero to survive. Many of its leased aircraft will be returned to its creditors, and nearly 10,000 jobs will disappear shortly thereafter.