The Shortest Flight…In the World

Recently Qatar Airways and Emirates Airlines have recently duked out for the title of longest flight in the world. Currently held by Emirates for their route between Dubai and Auckland, but will soon be overtaken by Qatar on their own route to Auckland from their hub in Doha. On the other end of the spectrum, the shortest flight in the world has been on the same route since 1967. For some a flight between Ft. Lauderdale and Orlando, at 55 minutes flight time, may seem to some to be in contention for shortest flight, however, it is far from the shortest.

In the north of Scotland lie the Orkney Islands. The area is made up of 70 islands with the largest being 202 square miles. Lying within this expansive archipelago lay two islands, Westray and Papa Westray. Separated by just an approximately one mile cut of water, there is no bridge to the island and a ferry is available. However, these two islands, separated by just a mile of ocean, are connected by air.

Since 1967, Westray and Papa Westray have had air service. The service is a public subsidized obligation awarded by the Orkney Islands Council. This is similar to EAS routes in the United States awarded by the United States Government. Since the route’s inception, it has been operated by the Scottish airline Loganair. The flight covers 1.7 nautical miles and is scheduled to take two minutes, however, the flight time is closer to one minute and the record for shortest flight is 53 seconds. The flights distance is shorter than most runways at major international airports.

Some have questioned the viability of such a short flight, however, the flight continues to remain popular with both locals and tourists. For any AvGeek, the flight should be on their bucket list as it provides a unique experience and a chance to visit a beautiful part of Scotland. For someone in the United States, who loves airplanes, the two-minute flight on the Islander should be well worth the six-hour flight from the East Coast.

On March 28, 2014, a Fokker 100 operated by Avianca Brasil executed an emergency landing in Brasilia, Brazil, after a…

In this exclusive interview with Brian Kondrad, the assistant general manager of Boutique Air, we discuss the carrier's plan to… 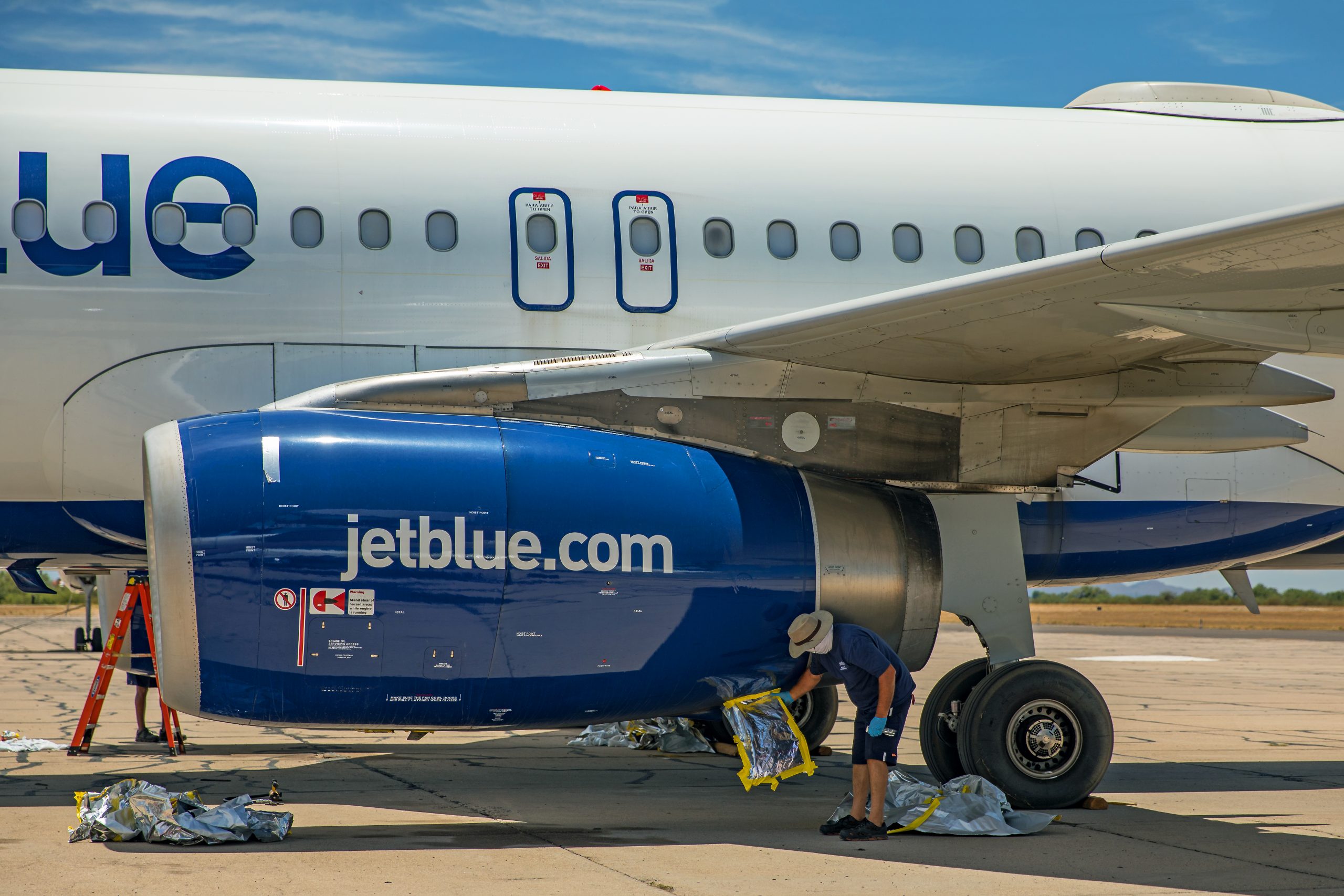 Inside Look: How an Airliner is Returned to Service After Being in Storage

Aviation is an ever-evolving industry, more so now than ever. Airlines are changing schedules by the day and placing aircraft…

Aeroméxico To Increase Its Operations in October

The month of October will see Aeroméxico operate about 30% more international flights compared to September. With this increase in its operations, the carrier will be operating to 28 destinations in the United States, Canada, Central and South America, the Caribbean, Europe and Asia. The Mexican airline made public an announcement,…