Set Your DVRs: New PBS Show Looks Inside the Daily Operations of the Commercial Aviation industry

Have you ever wondered how your luggage is sorted and sent to the correct aircraft after you drop it off at the counter? Have you ever considered the amount of thought and effort that is put in to keep airliners safe? PBS and BBC have joined forces to create CITY IN THE SKY, a three-part series that gives viewers a behind the scenes look at the daily operations of commercial aviation and shows the effort needed to keep passengers safe.

CITY IN THE SKY reveals the truth behind commercial aviation in three different episodes titled “Departure,” “Airborne,”  and “Arrival”, set to cover every detail from gate to gate. The show takes viewers across the world from Yakutsk, Russia, to Hong Kong, to the Himalayas, to show different approaches within the world of flight.

Beth Hoppe, Chief Programming Executive and General Manager for PBS described the show saying. “Anyone who flies, from annual vacationers to daily business travelers, will be amazed [by] what it really takes to get them from place to place safely and efficiently. This is an extraordinary series that jet-sets around the world to show the inner-workings of a fascination global industry many of take for granted.”

AirlineGeeks.com sat down for a video interview with Series Producer, Jobim Sampson, who shed light on the inspiration behind the series. “It was very straight forward,” Sampson stated. He mentioned a picture, similar to the one used for the cover of the show, which shows a multitude of airliners lifting off one single runway. “It was such a striking image that just really brought home to you, the scale, the volume, that aviation has grown to.”

Coinciding with that image, the development team stumbled upon a statistic that stated at one single moment, there are one million people in the sky, at numbers that equals the population size of a large city. It was from these two factors that CITY IN THE SKY was born.

From the producer’s eyes, the depth of CITY IN THE SKY, has “changed my perception of the world. You look up there and see a single plane crossing the sky and it looks like it’s crossing an empty sky but what making this series has let me imagine is all of the planes all around the world and the fact that there is a huge, huge network [of airplanes].”

For Jobim, who previously worked on an aviation accident series, the show re-opened his eyes to safety of aviation that he claims we all take for granted. “The lengths that major airlines go to maintain and service and the layers of redundancy that builds into the aircraft is just mind-blowing, and that’s what really changed my perception, I feel so relaxed again flying which is great.” Along with the safety of aviation, the scale of the industry and the fact that there are thousands of airplanes carrying millions of people in the sky, was hard for Mr. Sampson’s to grasp.

The show, which aired on BBC last June, was set on “celebrating the achievement [of aviation] rather than just concentrating on the accidents.” The film team had a goal to examine the safety of aviation and to find the truth of the industry in sort of a story telling way. With their research and exclusive access to various airports and airlines, the result was that “safety is just phenomenal!”

In the first episode of CITY IN THE SKY, the idea of thrust and lift is explained. The documentary series uses superb visualization to show how the massive engines on a Lufthansa Airbus A380 and creates thrust. The episode also goes on to cover the passenger flow at the busiest airports in the world.

Episode two goes over air traffic control, and all the other entities, that keeps airliners safe while traveling at high speeds across the globe. In this episode, viewers will learn how air travel has become one of the safest methods of travel and the improvements that continue to take place every day.

In episode three, the show goes to the ‘World’s Most Dangerous Landing Strip’ in Paro, Bhutan, an airport nestled in the Himalayas. CITY IN THE SKY explains the reasoning behind the difficulty of flying into Paro and the precision it takes from the pilots.

The series also touches down at vital airports situated in the United States such as Atlanta’s Hartsfield-Jackson International Airport, Seattle’s Boeing Field, Phoenix’s MedAire, Inc., and Bangor International Airport. At these airports, viewers will get a look at the different functions that each airport offers and the people required to get flights in and out safely, and in a timely manner.

CITY IN THE SKY will air on PBS on Wednesday, Feb. 8, at 10:00 PM Eastern Time in the United States.

Latest posts by Matthew Garcia (see all)
airlinescity in the skyFeaturedpbs 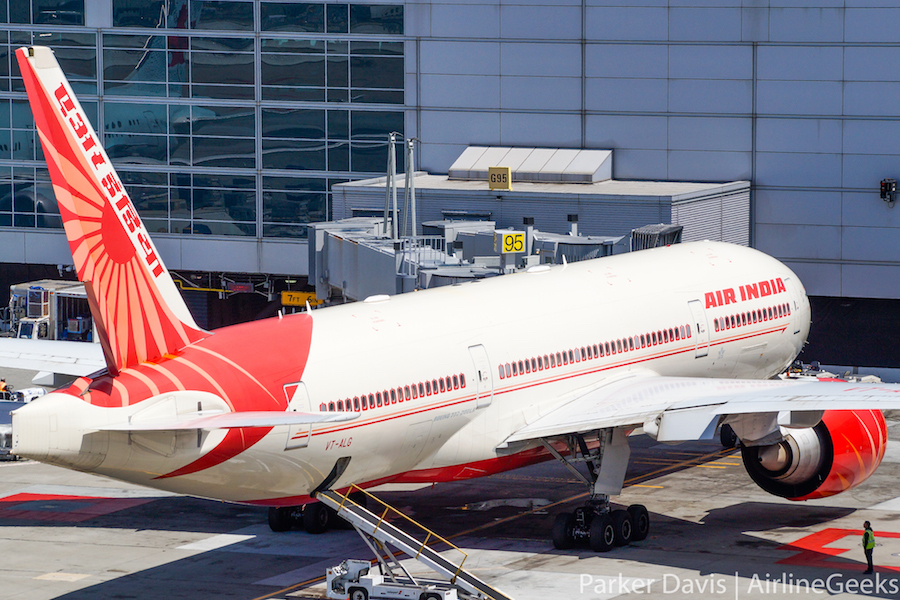 After halting international services into and out of the country, the Indian government announced Monday that it would suspend domestic…

United Airlines is to provide free round-trip flights for medical volunteers wishing to help the frontline fight against the COVID-19 crisis to help treat patients in New York City. The airline is working with the city's Mayor's Fund to Advance New York City, as well as some medical volunteer organizations,…

Traffic movements at London’s main airports have significantly reduced as a result of the worldwide downturn in air passenger traffic.…