N661US, the first 747-400, is pulled to its final resting place at the Delta Flight Museum (Photo: Hisham Qadri | AirlineGeeks)

“It was the best of times, it was the worst of times,” reads a historic quote stemming from Charles Dickens’ famous novel, A Tale of Two Cities, that applies in many respects to the fate of Boeing’s iconic 747.

While the aircraft’s retirement will serve as a milestone for both Delta and United by opening new doors to more streamlined and modern aircraft for both aviation enthusiasts and 747 lovers alike, 2017 will serve as a saddening year as they say goodbye to America’s “Queen of the Skies.”

Rolling the Retirement Clock Back to 2017

In March 2016, United announced its plans to retire the Chicago-based carrier’s 747-400 fleet of 18 aircraft in 2018. But, on January 11, President Scott Kirby sent an internal message to employees stating this plan would instead be accelerated, and that the fleet will be retired in the fourth-quarter of 2017. 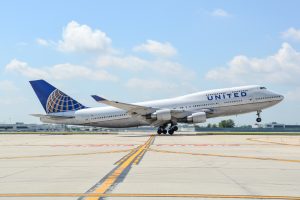 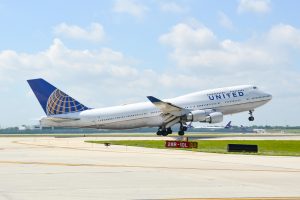 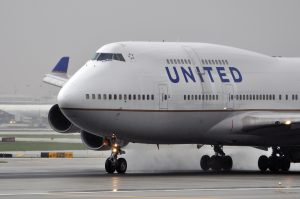 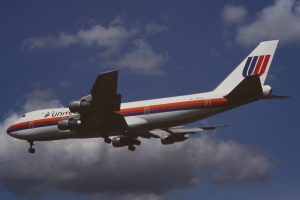 The 747 started service with United in August 1970, coined as the “Friend Ship,” on flights from San Francisco and Los Angeles to Hawaii. The first 747 in United’s fleet was N4703U which was delivered in June 1970 from Boeing’s manufacturing facility in Everett, Washington. Through the years, the airline has operated most of the 747 variants, including the 747-100, 747-200, 747-400, and the 747SP with a total of 88 in the airline’s current and historic fleet, according to data from Planespotters.net.

Kirby added, “It’s a bittersweet milestone — this jumbo jet with its unmistakable silhouette once represented the state-of-the-art in air travel. Today, there are more fuel-efficient, cost-effective and reliable widebody aircraft that provide an updated inflight experience for our customers traveling on long-haul flights.”

United will be replacing the 747 fleet, which has an average age of approximately 21 years, with the new 777-300ER. The airline expects to take delivery of 14 of the extended 777 aircraft in 2017, with two already delivered.

The 747s were also used on the Delta/Pan Am Interchange which allowed for the Delta livery to appear in cities such as London and Frankfurt with many of the interchange flights being operated from Washington-Dulles in the mid-1970s.

In an employee magazine, one Delta employees said, “[the 747] caused something of a sensation when it first appeared in London and Frankfurt, on the Delta-Pan American Interchange…the first Delta 747 ever seen in Europe.”

Due to issues with lower load factors on short domestic routes, Delta’s 747 met an offbeat fate. On April 23, 1977, the last of the five 747-100s were returned to Boeing. Piloted by Capt. Beverly Dickerson, who had also flown the first scheduled Delta 747 flight, ship 105 returned to Washington State after only seven years of operation. 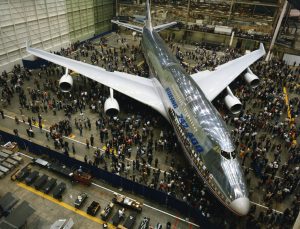 On Oct. 9, 2002, flight 85 was operating between Detroit and Tokyo-Narita when it experienced a rudder hardover event. The two pilots quickly reacted and diverted the aircraft and the 404 passengers onboard to Anchorage with limited communication and control over the crippled 747.

This event not only highlighted the recovery capabilities of the 747-400 but also crew resource management and exemplary communications between the flight crew. In 2004, the Air Lines Pilots Association awarded the “Superior Airmanship Award” to the pilots onboard the flight.

In a story for Jalopnik, Capt. John Hansen wrote about the incident and use of communication in the flight deck saying, “The exchange of information among the four of us was really good. It’s like the old phrase, ‘Love finds a way.’ And when you know you’ve got to communicate about something it’s amazing how quickly those ideas flow back and forth, and I encouraged it. I said, if anyone has any ideas about anything, please speak up. It was obvious that the two things that were going to get this airplane on the ground were teamwork and good old-fashioned hand-flying, seat-of-the-pants flying.”

Ship 6301 is currently on display at the Delta Flight Museum in Atlanta. 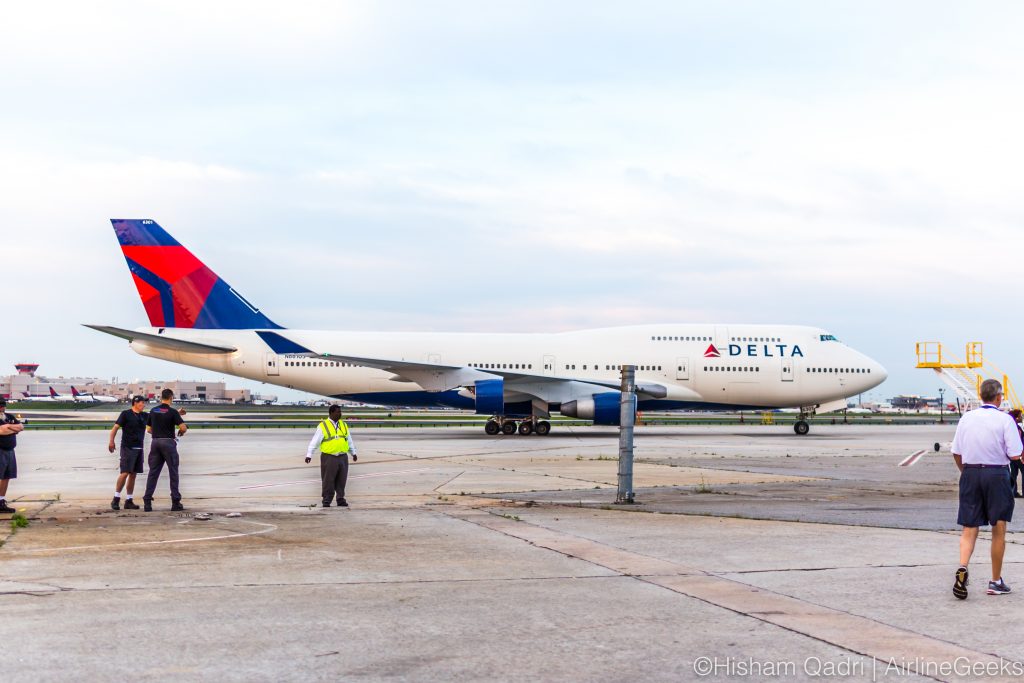 Why Does the 747 Continue to Be So Admired Nearly a Half-Century Later?

In an introduction brochure published in 1970, Delta noted the 747 as a “superjet” calling it one of the “great advances in all the realm of flight.” This would continue to remain true, nearly 50 years later.

The 747 is not just a typical aircraft, but rather is a byproduct of increased American ingenuity and dominance prior to its rollout on Sep. 30, 1968. It was the first twin-aisle, wide-body, and twin deck aircraft, which collectively puts the 747 into a separate and completely unique category. The aircraft is not only an airliner but is nothing short of a modern marvel during its time period. The jets, as stated by the ‘father’ of the Boeing 747 Joe Sutter, “carry ideas, human energy, and cultural perspectives that broaden our horizons and enrich us all.” 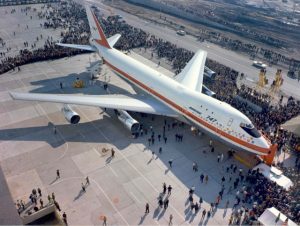 A signature photo of the first Boeing 747 rolling out of the Everett facility in the late 1960s (Photo: Boeing)

In many regards, the 747 was and still continues as an “aerial ambassador” to the human engineering capacity and its powerful capabilities to connect with other humans from offbeat places, cultures, and societies. It served as a staple of American design and ingenuity and continues to do so today.

“It’s the one aircraft that even casual travelers can easily identify. And we know that the experience of traveling on one, or flying one, is unforgettable,” added Scott Kirby.

The Boeing 747 will continue to play a significant role as not only the backbone of cargo fleets around the world, but also for carriers such as British Airways and Lufthansa. Despite this, the U.S. without commercial 747s will take some getting used to for many in the airline industry. After all, Pan American Airways was the launch customer for the 747-100 in 1969.

While United and Delta will no longer have 747s by the end of 2017, Atlanta-based UPS continues to operate 13 Boeing 747-400Fs across the globe. In addition, European carriers, including British Airways, Lufthansa, and KLM, continue to operate a combined number of approximately 88 aircraft. 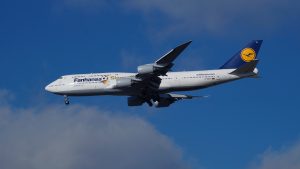 Most significantly, KLM is one of the only operators of the 747-400M (Combi), which combines 268 maximum passengers and freight within the aft section of the main deck. The first 747-400 Combi entered service with KLM in 1989 with the last being delivered in 2002.

Furthermore, Lufthansa is one of the few operators of the 747-8i, the latest 747 variant. The carrier currently has 19 in their fleet.

For many, there is simply no replacement for the 747. The aircraft’s unique design and history place it in a separate category. For many airlines, including United and Delta, replacing the 747 fleets is positive for overall operations and airline economics.

With its size and four engines, the 747 undoubtedly burns hefty amounts of fuel which lowers profitability. Many of the older aircraft are showing their age by offering a less-modern long haul passenger experience. While these are just a few reasons for the retirement of America’s 747 passenger fleet, there are many others too, including age and maintenance costs. 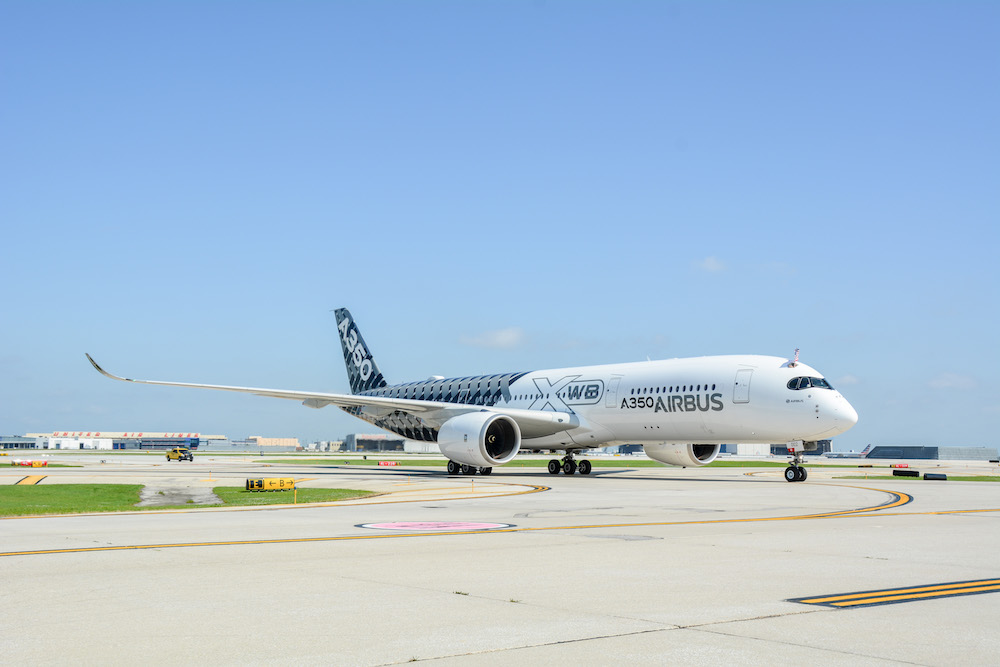 For United and Delta, saying goodbye to the 747 will come with new and modern replacements. United will be replacing its 747-400 aircraft with the newer and more efficient Boeing 777-300ER. This replacement process is already noticeable with the 777-300ER taking over for the 747 on the carrier’s San Francisco to Hong Kong route starting in late March. Boeing 777 aircraft operates on only two engines, reducing fuel costs and maintenance expenses.

Delta is slated to replace its 747 fleet with the Airbus A350XWB, particularly on Asian routes. The new A350s will be the first to be operated by a U.S. carrier and will debut the airline’s new Delta One Suites.

While the 747 will continue to fly for several cargo and commercial carriers, the U.S. without regularly scheduled Boeing 747s is an unpleasant reality for many. As newer aircraft become available, the “Queen of the Skies” is slowly becoming less popular for airlines.

February 9 marks 48 years since the first 747 took flight in Everett, Wash., and the legacy continues today with approximately 500 in regular operation, despite a few disappearing from America’s skies.

Follow Ryan
Ryan Ewing
Ryan founded AirlineGeeks.com back in February 2013 and has amassed considerable experience in the aviation sector. His work has been featured in several publications and news outlets, including CNN, WJLA, CNET, and Business Insider. During his time in the industry, he's worked in roles pertaining to airport operations and customer service while holding a B.S. in Air Transportation Management from Arizona State University along with pursuing a concurrent MBA and law program. Ryan has experience in several facets of the industry from behind the yoke of a Cessna 172 to interviewing airline industry executives. In addition to supporting AirlineGeeks, Ryan works full-time in the aviation industry.
Follow Ryan
Latest posts by Ryan Ewing (see all)
BoeingBoeing 747DeltaFeaturedUnited
Related Stories
[ Related Stories ]July 26, 2022 8:17 pm ET
By Mike Mangano