While we all admire the success and fame that has come with aircraft like the Boeing 747 or Airbus A320, not every design is successful. In this multi-part series, we will be looking into some of aviation’s designs that had huge potential and didn’t live up to the hype or could have potentially reshaped the aviation landscape but didn’t.

We will not be looking into aircraft that have gained over 100 orders or are still being made in large quantities (i.e. Bombardier CSeries) or branches of successful aircraft (i.e. Boeing 747-8), so from supersonics to cargo aircraft, here are some of the designs that failed to launch.

Before the Bombardier CSeries and Embraer E-Series came to be, Fairchild-Dornier had attempted to become the go-to jet for the 50 to 100-seat market. Initial designs were brought forward at the Dubai Airshow in 1997 and immediately attracted interest from carriers such as Lufthansa and Crossair, who ordered a combined 125 aircraft at $20 million per frame.

However, the aircraft was slow to get going. Fairchild-Dornier had recently merged and the aviation builder was not familiar with low wing jet aircraft. As a result, testing on the aircraft did not begin until 2000. Design changes to the aircraft allowed it to be more aerodynamic but drove away Crossair, who opted for the Embraer ERJ-170 instead. 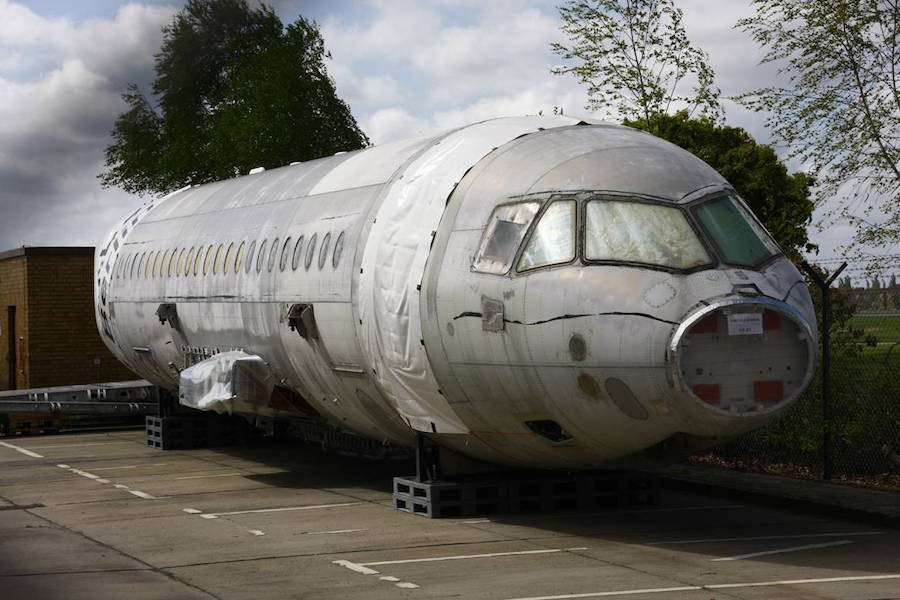 Despite the delays, the first design for the 728 was started in March 2001 as a result, the jet gained interest from GECAS, CSA Czech Airlines, Atlantic Coast Airlines and a few smaller companies. At its peak, Fairchild-Dornier had over 300 orders for the 728 family of aircraft.

By the end of the year, Fairchild had successfully finished structural testing and had finished production on the first test jet. However, just two weeks after rolling the first test aircraft out of the hangar, Fairchild-Dornier filed for bankruptcy. As a result, buyers fled as Fairchild planned to head for insolvency. The bankruptcy of Fairchild put massive delays on the 728, which was expected to start service with Lufthansa in March 2003.

Fairchild-Dornier was sold to an investment firm in China in 2003, who decided to restart structural tests on the 728. The new buyer lacked the financial support to get the 728 through the testing phase and as a result, the new firm also filed for bankruptcy in 2004.

Although Fairchild had three fuselages of the 728 built, none ever flew. Fuselages TAC2 and TAC3 were built solely for structural testing and received their wings or General Electric CF34 engines before the collapse of the program. There are two remaining examples of the 728, TAC1 who is owned by the Deutsches Zentrum fuer Luft, who clipped the wings off of it and use it for cabin testing, and TAC3 which is parked next to a shed on what remains of Berlin Tempelhof. The aircraft is in pieces, with the “yet to be applied” wings lying under the fuselage.

Dassault built the aircraft very similar to the other popular models at the time, utilizing the swept back low wing design and choosing the Pratt & Whitney JT8D engine for use. The aerospace company saw early interest, with many consumers considering using the Mercure to replace the older versions of the Douglas DC-9.

The Mercure, while striking to look at and great in passenger carry potential, lacked in one key component: range. The aircraft’s range was just over 1,200 miles and that deterred carriers who had intended to use the aircraft on longer routes. In total ten aircraft were ordered by French company Air Inter but all other potential orders chose different aircraft.

In 1973, Dassault was desperate to save the Mercure and went back to the drawing board to create the Mercure 200. The new model would reduce cabin space from 162 passengers to 140 passengers and increase the range from 1200 miles to 1350 miles. However, the cost of a rebuild was high. 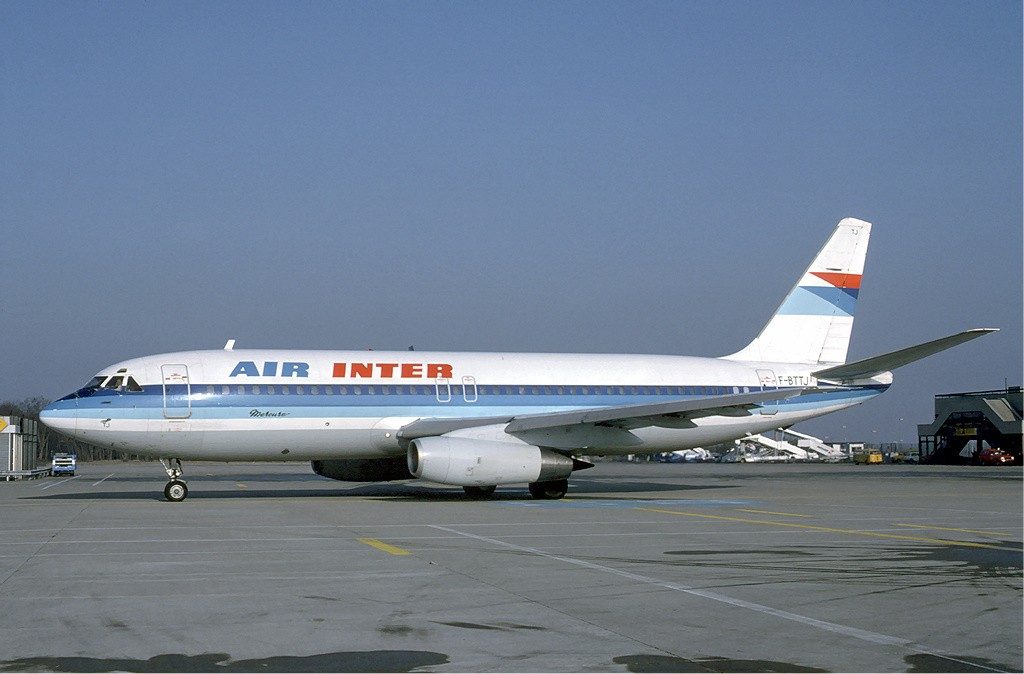 To reduce costs, Dassault wanted to pay Douglas Aircraft to market the plane to American carriers in hopes of attracting sales. Unfortunately, Douglas was just a few weeks away from launching the longer Douglas DC-9-50, which held the same number of passengers as the Mercure 200.

In the end, Dassault abandoned the Mercure 200 and the commercial aircraft business altogether. Air Inter flew the ten Mercures until 1995, when they were withdrawn for newer Airbus A320 aircraft. Despite the massive lack in popularity, seven of the ten Mercures ended up in museums across France and Germany.

With the Chinese economy starting to stretch its wings, the Civil Aviation Administration of China (CAAC) wanted an aircraft that it could prove to the west was a viable design and improve Chinese production of larger products.

Designing the aircraft started in 1970 and was originally a pride of China. Unfortunately, politics quickly became an issue for the Y-10. The 1970s saw large sweeping changes in Chinese politics and the previous administrations who had backed the Y-10 were called into question. The Y-10, which was at one point a symbol for advancement, was now being called a symbol for Maoism.

The project was delayed for ten years before a model of the Y-10 was brought forward for the public to see. The aerospace corporation was quickly brought under scrutiny as the design was very similar to the Boeing 707. Shanghai Aviation strongly denied the claims that they copied the Boeing 707 and continued to test the Shanghai Y-10 in hopes for a first flight by 1980.

The aircraft started its testing phase on Sep. 26, 1980 and performing flight testing in nine different Chinese cities. But politics continued to plague the aircraft. By 1984 the Y-10 was still being called a symbol of Maoism and that the Chinese companies should embrace Airbus and Boeing products.

The other main issue for the Y-10 was age; the aircraft would have to be marketed against the Boeing 767, which featured vastly superior avionics, design, range, and durability. For these reasons, the Y-10 program was canceled.

Before the Airbus A380, there was the McDonnell-Douglas MD-12. Following the recent release of the MD-11, McDonnell-Douglas wanted to create a longer trijet, a project originally titled the MD-12X. The company set aside over $4 billion in profits to help develop the possible trijet. However, early on in development it was determined that a quad-jet similar to the Boeing 747 would be the best option.

After four years of designing, McDonnell-Douglas revealed plans for the MD-12 in 1994, a 208-foot long double decker aircraft with a potential for 511 passengers. The aircraft would be ready for service in 1997 with the first flight in late 1995.

McDonnell-Douglas barraged the American and European airlines with tons of marketing, attempting to bring in potential buyers for the jet. After a few months and no buyers, the MD-12 was removed from the board.

McDonnell-Douglas went back to the drawing board, once again looking at expanding the MD-11 to create a 300 to 400-passenger model. A final model was brought forward in late 1996 with similar length and wingspan to that of the MD-12 but featured the trijet design and seating for 300 people.

While the design had potential, McDonnell-Douglas was cash strapped from a consistently delayed C-17 program and looking to sell itself to Boeing. The aircraft concept of a high density 500+ seat aircraft was abandoned until Airbus brought forward plans for the A3XX in 2000, which would later become the Airbus A380.

Editor’s Note: This is a continuing series. Stay tuned for future updates.