The A380plus includes many new aerodynamic improvements with its brand new larger winglets. Other refinements to the wing have also allowed the aircraft to reach up to 4 percent fuel burn savings.

The new winglets that will be used on the A380plus measure approximately 4.7 meters (about 15 feet) in height. The top part of the wing tip device measures 3.5 meters and the bottom part measures 1.2 meters. While improving aerodynamics, the new winglet will also help reduce drag. 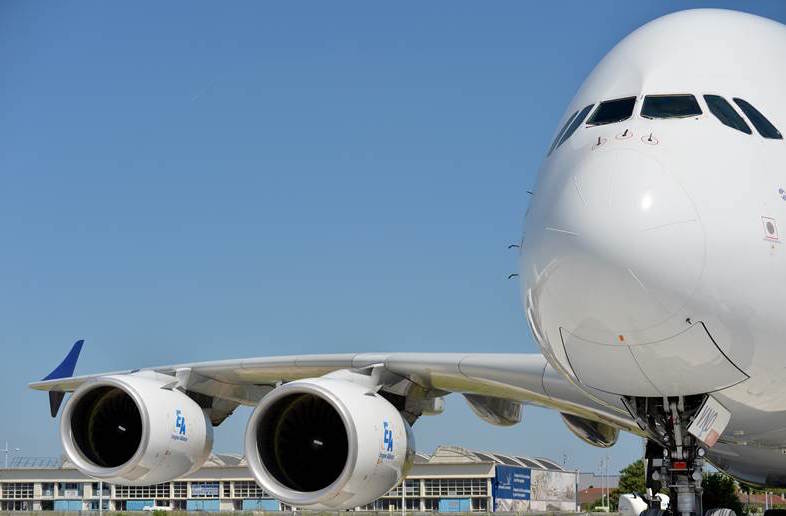 A look at the A380plus winglets (Photo: Airbus)

John Leahy, Airbus COO of Customers, stated: “The A380plus is an efficient way to offer even better economics and improved operational performance at the same time.”

In addition to new winglets, the aircraft will have an increased maximum takeoff weight (MTOW) of 578 tons, up three tons from the current MTOW of the aircraft. This increase in the takeoff weight will allow the flexibility of carrying up to 80 more passengers or flying 300 nautical miles (nm) further. Airlines can also expect increased aircraft availability as the A380plus features longer maintenance check intervals, a reduced six-year check downtime, and system improvements.

While the only visible change on the outside is the new winglets, customers flying the aircraft will notice many new changes once they have boarded the aircraft. The biggest change is 11-abreast seating on the main deck in a 3-5-3 configuration. 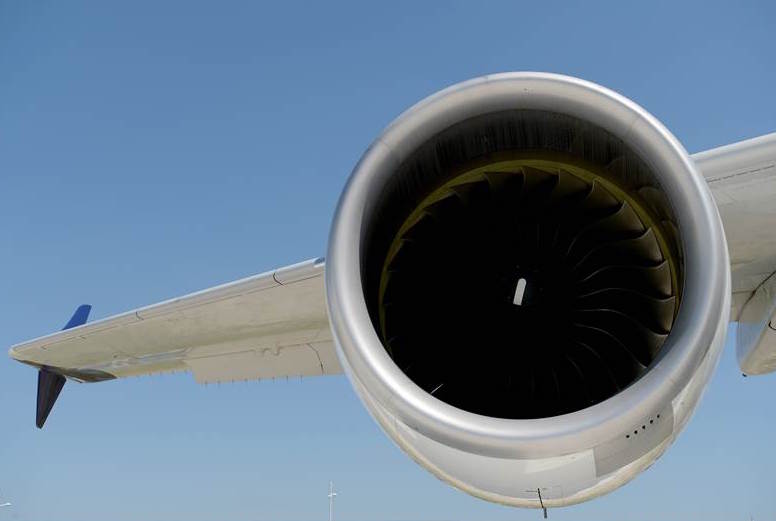 The new A380plus winglets are a split design (Photo: Airbus)

This will add 23 more passenger seats and significant potential for increased revenue to be generated. Options to increase premium economy to nine-abreast on the main deck will also allow for 11 more passengers.

The A380 is also known for its convenient side wall storage compartments that it has on the upper deck. However, airlines will now have the opportunity to opt out of having the compartments installed. This will allow airlines to instead add 10 more business class seats when an angled herringbone arrangement is used.

Most notably, the forward “grand” staircase on the A380 will be abandoned in favor of a new staircase that will be located at door two. The new square staircase design will also be incorporated in the aft-galley, replacing the current spiral stairs. Together, the reconfigured stairs will offer space for 34 additional economy seats.

With more seats onboard and increased efficiency, Airbus states that there will be a 13 percent cost reduction per seat versus the current A380. As the Paris Air Show begins on June 19, it will be interesting to see if any carriers place orders for the new aircraft. Emirates has made it very clear in its interest in the continued production of the A380, but few other carriers have jumped at the opportunity to purchase the massive, wide body aircraft.