A Dive Into the U.S. Airlines’ Latest Report Card

U.S airlines are involuntarily bumping passengers from flights at the lowest levels since 1995, according to the U.S. Department of Transportation’s most recent Air Travel Consumer Report, released Tuesday by the agency.

The report, which includes data such as on time percentage and mishandled baggage complaints, also contains information regarding overselling of flights. It showed a sharp decrease in passengers being kicked off flights due to overbooking since high profile incidents in recent months that brought the practice under scrutiny.

JetBlue Airways’ reported a rate of only 0.04 per 10,000 passengers involuntarily denied boarding, down from 0.91 in the same time frame last year. The airline, however, blames the inflated numbers in 2016 and the few instances this year on equipment swaps.

“JetBlue has a longstanding customer-friendly policy to not oversell flights and we have remained committed to that policy since we launched our first flight in 2000,” the statement said. “The numbers in the D.O.T. reports reflect rare instances when our larger A321 aircraft were changed to smaller aircraft to accommodate unplanned operational needs.”

Southwest Airlines also saw a decreased rate of bumped passengers after the airline rolled out a new reservation system in early May which does not allow the airline to oversell flights.

The report also saw figures for on-time arrivals released, with Honolulu-based Hawaiian Airlines topping the chart after posting a figure of 90.4 percent on-time arrivals in June. At the bottom of the list were JetBlue, Virgin America, and Spirit Airlines, with the worst percentage coming from JetBlue with 60.6 percent of flights arriving on time.

For the three legacy carriers, Delta fared the best with an on-time figure of 82.8 percent, placing them solidly in third place overall. American Airlines’ number of 73.2 percent placed them in last of the three largest contenders, with United holding firmly in the middle at 79.2 percent on-time arrivals.

Delta, however, reported the lowest cancellation percentage, with only 0.1 percent of flights cancelled in June. Spirit Airlines was at the other end of the spectrum with a figure of 4.1 percent.

The report added that, in the month of June, the twelve airlines included in the report combined for 494,266 scheduled “flight operations,” and an average cancellation percentage of just 1.1 percent, which yielded a total of just over 5,000 flights cancelled for the month.

Additionally, American Airlines also earned the title for the longest non-diversion tarmac delay in the month of June, with flight 1310 from New Orleans to Chicago June 14 sitting on the ground in Chicago for 214 minutes before making its way to a gate. 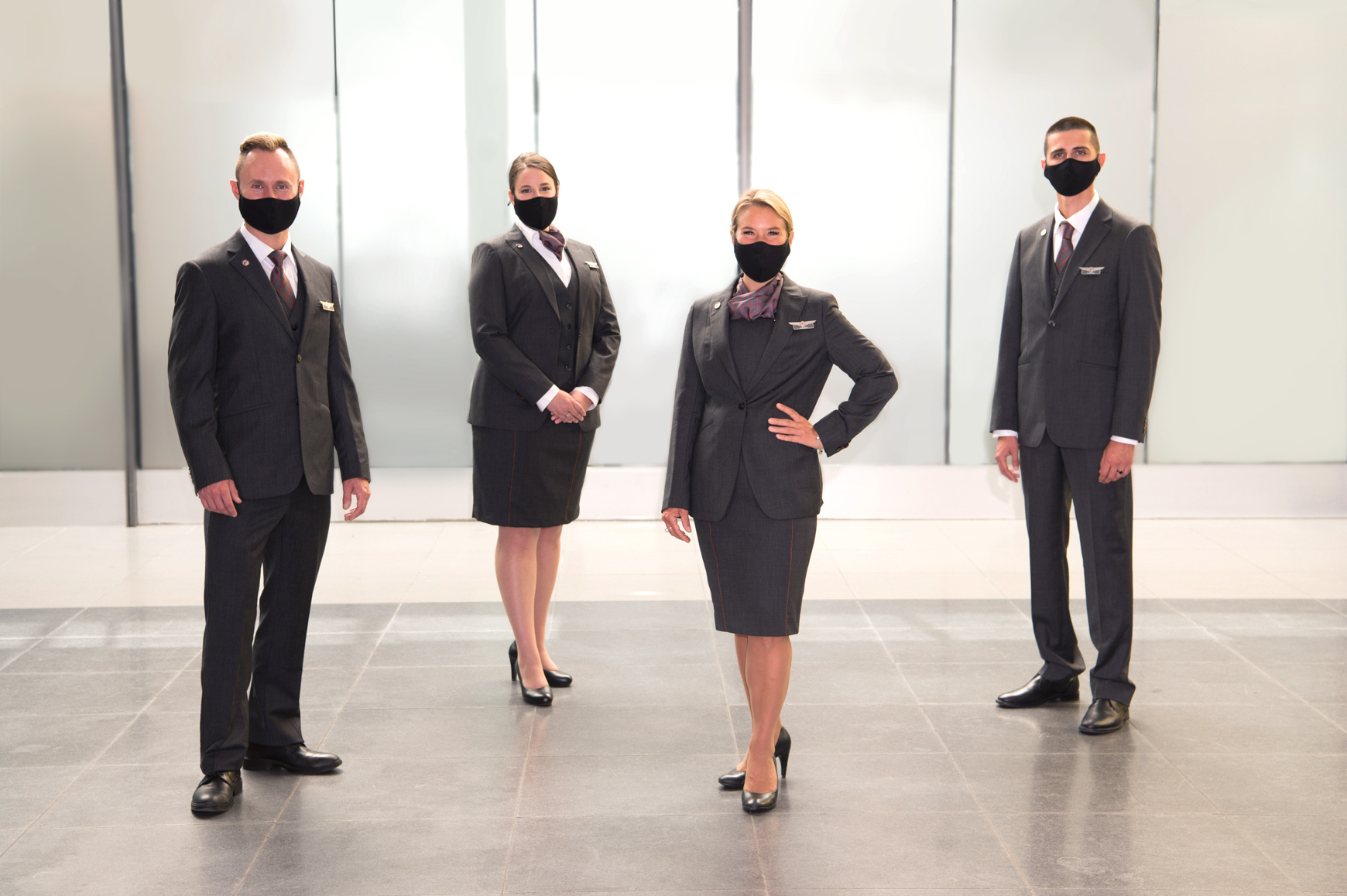 The Importance Of Airline Uniforms