Seaplanes are critical in some spots for various types of transport (Photo: AirlineGeeks | Daniel Morley)

Learning to Fly a Seaplane: A Personal Reflection

In the world of aviation, enthusiasts are often seen discussing aircraft that land on concrete runways rather than those that land over water. However, living in a state that has a large coastline, as well as needing to obtain my rating for my job, I wanted to share my story highlighting the process and experience of learning to fly a seaplane. This is part one of the experience, with the second part to be released the following week.

Earlier this year, I needed to get my seaplane rating for work. Being in Florida, I packed up my flight bag and headed up to Jack Brown’s Seaplane Base. Brown’s Base has been in operation since 1963 and has claimed to have trained over 17,000 pilots from around the world. The family run business is well known as being one of the best seaplane flight schools in the world.

Based in Winter Haven, Florida, the flight school was founded by World War Two veteran Jack Brown, who flew seaplanes during the war. Establishing his school on the shore of Lake Jessie on the Southwest corner of Winter Havens’ Gilbert Field, Brown succeeded with working on numerous lakes in Central Florida, providing ample room to train pilots. 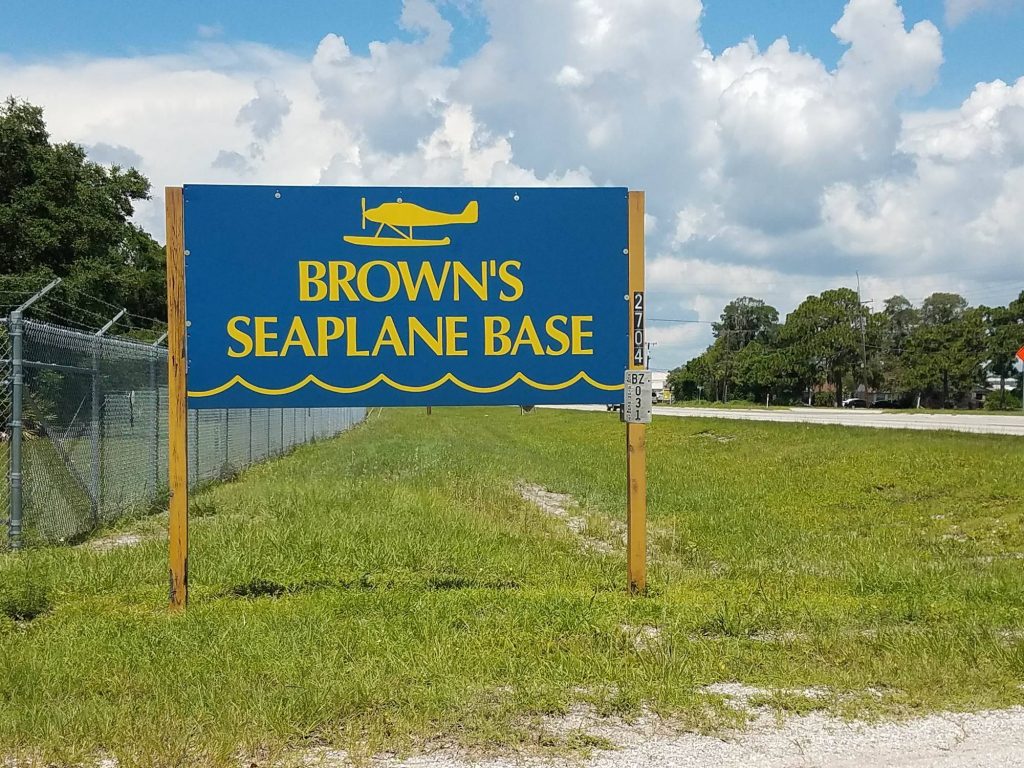 Jack Brown passed away in 1975, and passed on the flight school to his sons John and Chuck Brown who continue to run the school today. The flight school uses the Piper J3 Cub, Piper Super Cub, and Maule M-7 to train pilots. The Cub aircraft are from the 1940s and 1950s, and test a pilot’s stick and rudder skill, as well as their ability to operate outside of the cockpit.

I arrived on Monday for my Commercial Airplane Single Engine Sea, and quickly checked in with only basic paperwork to fill out. Brown’s only accepts two starts a day for the two day course, which helps provide intimacy and a personal feeling at the school. After paperwork was done, ground school started at 9:00am.

Ground school takes no more than an hour and a half and includes the basics of flying, including expected viewpoints, talking through the takeoffs and landings, and basic laws of the sea. As Brown’s only offers add-ons to current certificates, the majority of the course is spent learning how take-off and land on water, as well as taxi on water, sail, dock, and beach.

After ground school finished up, our class had the opportunity to get our feet wet. I would be flying a 1958 Piper Super Cub. The vintage Cub aircraft had a fabric body rather than the modern metal bodies you see on aircraft manufactured today.

My instructor and I went through the preflight for the aircraft, including checking the water rudders on the Aqua floats. After ensuring the aircraft was airworthy for flight, my instructor and a mechanic pushed the 59 year old aircraft down the ramp and into Lake Jessie.

My instructor taxied us to the far end of the lake and pointed us towards the takeoff lane he had chosen. Out here on the water, there are no runways. Pilots can choose their own takeoff lanes based on winds and distance available. After lining up with his lane, my instructor pushed the throttle forward and demonstrated a takeoff, with myself controlling the stick as he talked me through it.

We were soon up on the step, and then lifted off out of the water and into the blue Central Florida skies.