A First-Hand Perspective: Onboard KLM’s Final Fokker 70 Flight from London to Amsterdam

On Saturday, I was privileged enough to be a passenger on the final Fokker flight by KLM Royal Dutch Airlines. The first Fokker 70 flight flown by KLM was on Sep. 30, 1920, from Amsterdam to London. KLM chose the return from London to be the final flight for the Fokker fleet.

Prior to the flight, there were plenty of media at the aircraft when I arrived at the remote stand by bus. I then boarded the first leg of the final trip for the Fokker 70, flown by aircraft PH-KZU, which featured a special paint commemorating Anthony Fokker, one of the most important entrepreneurs in Dutch history, who founded the Fokker aircraft manufacturing company.

Once on the aircraft, fanfare filled the cabin as the captain made a special announcement about this being the final flight to London on this type of aircraft.  The chief pilot was also in attendance, sitting in the jump seat for this special trip across the Channel. KLM flight 1079 then departed Amsterdam Schiphol Airport for the journey to London Heathrow for the final time.

Upon our arrival at Heathrow, we were greeted by a small media contingent covering the event. After a quick 40-minute turn in London, the return flight, KLM flight 1070, was ready to depart Heathrow as the final revenue flight of the Fokker 70, but more importantly, the final Fokker aircraft operated by KLM. After this flight, it would be the first time in almost 100 years that KLM would operate without a Fokker in its fleet.

Once more, the captain came out of the flight deck prior to pushing back to inform the few passengers who were not AvGeeks about the significance of this flight. The captain also informed us that this would be his last flight, as he would be retiring from KLM after 25 years and 5 months flying the Fokker for Dutch airline. The captain’s announcement was followed by the rest of the cabin crew making some emotional remarks. 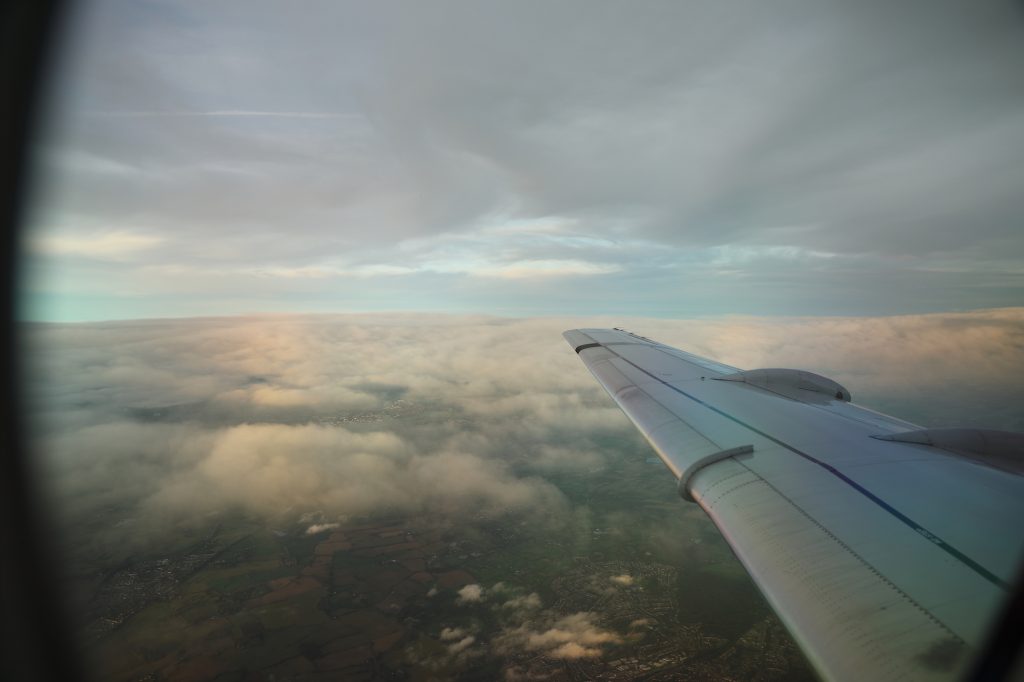 A stunning view while inflight on the Fokker 70

Finally, we pushed back from our stand and began our journey to Amsterdam, where KLM would bid farewell to the Fokker.

The flight to Amsterdam was slightly longer than normal. Air traffic control wanted us to arrive at an exact time so that we could be greeted by an armada of airport service vehicles and media who would give us an escorted parade to our remote stand. On board, KLM provided passengers with a “swag bag,” containing some commemorative memorabilia from the flight, including a piece of cake.

The approach into Amsterdam was pretty choppy. Unfortunately, the captain’s final landing at Schiphol was, admittedly, the worst landing of his career. However, he was a good sport about it, as he joked several times over the P.A. about how hard of a landing it was. On the ground, we were met by a parade of airport vehicles that escorted us to the stand.

Inside the flight deck of the Fokker 70

After the flight, the crew invited all of the passengers to stop in the flight deck on their way out to meet the captain and take photos. The chief pilot met each passenger as they disembarked, concluding the final flight.

After all the passengers boarded the bus to the arrivals area, the aircraft taxied to KLM’s Hangar 73, aptly named after Anthony Fokker. The aircraft was met with a water cannon salute, signifying the end of its long career with KLM, and was greeted by even more members of the press, as well as KLM executives. 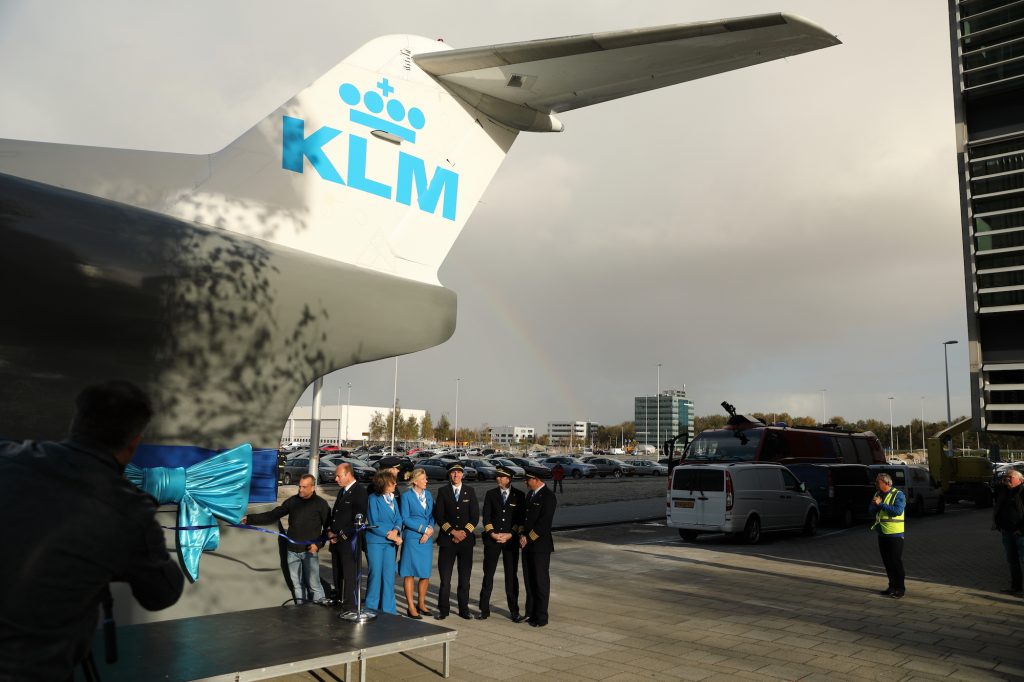 KLM teams celebrate the legacy of the Fokker 70

All photos in the body of this story were taken by William Derrickson.