Mobile lounges work to get passengers off of an Aeroflot flight (Photo: Andrew Trull)

As the first blizzard of 2018, also known as a ‘bomb cyclone,’ bore down on the Northeast, flights to major airports, including Boston Logan, Philadelphia, and New York, were disrupted.

American Airlines canceled more than 1,300 flights on Thursday and 360 on Friday, while Delta canceled approximately 750 mainline and regional flights on Wednesday and Thursday for airports stretching from the southeast to Maine. The carrier also says they’ve canceled roughly 300 flights on Friday as a result of the storm.

New York’s John F. Kennedy International Airport (JFK) announced it would suspend flights around 8 a.m. on Thursday morning leaving dozens of international flights without a place to land. This prompted many airports along the East Coast, including Washington Dulles, to spring into action and begin accommodating these extra flights.

For planespotters, these diversions were a sight to behold with many trying to pinpoint a flight’s diversion point as soon as it passed over Newfoundland. 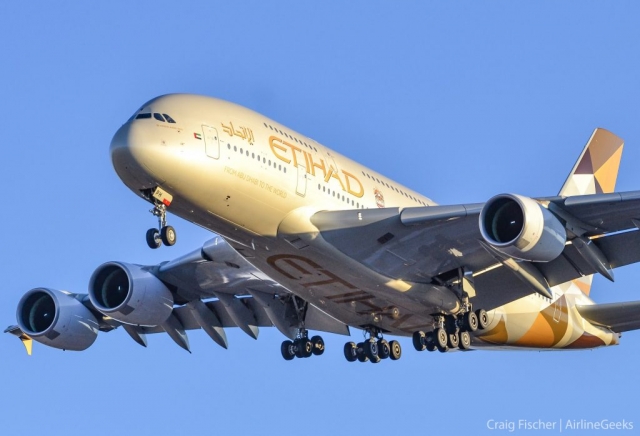 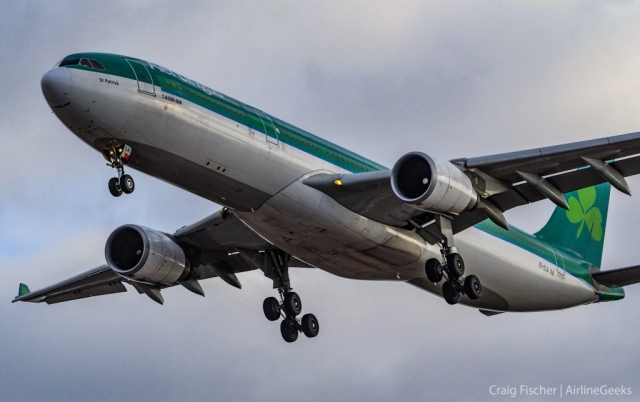 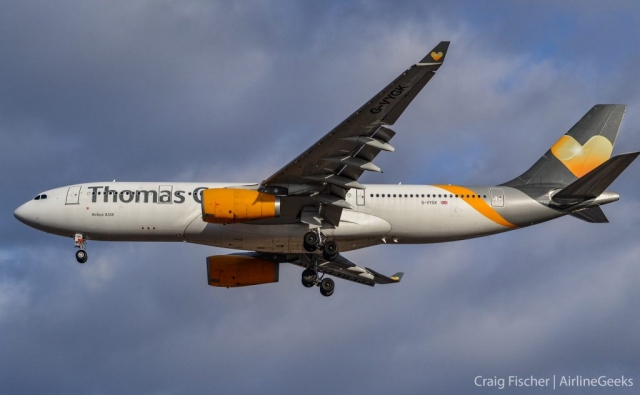 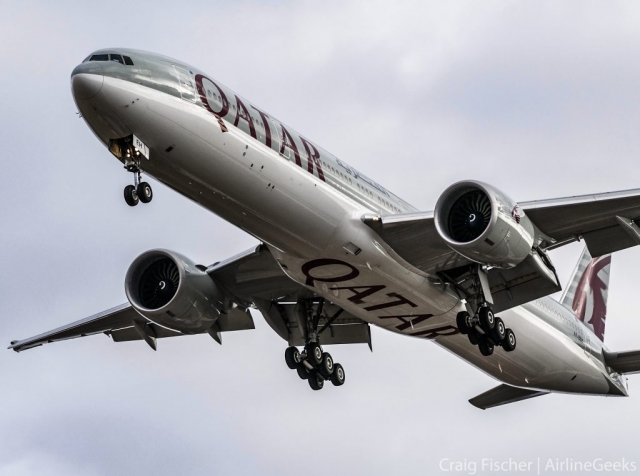 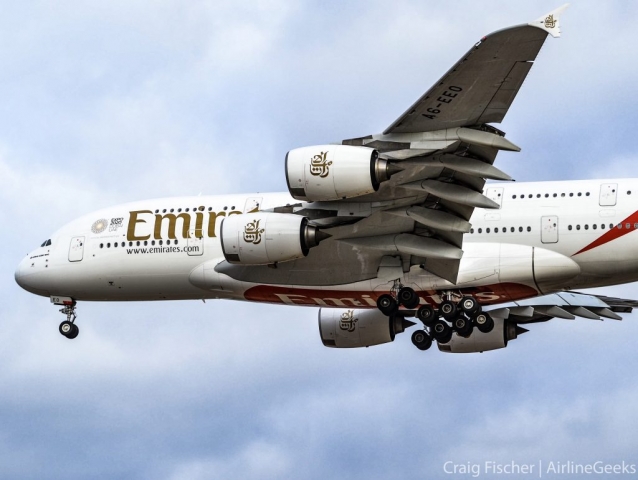 Dulles took 24 international and seven domestic diversions. These flights came from places as far as Abu Dhabi to as close as Atlanta. 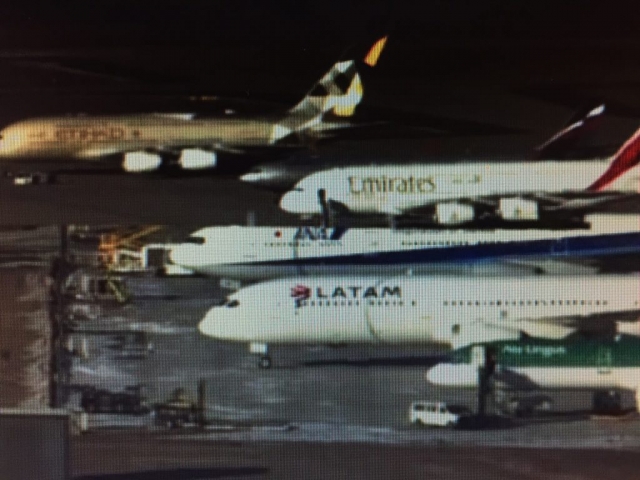 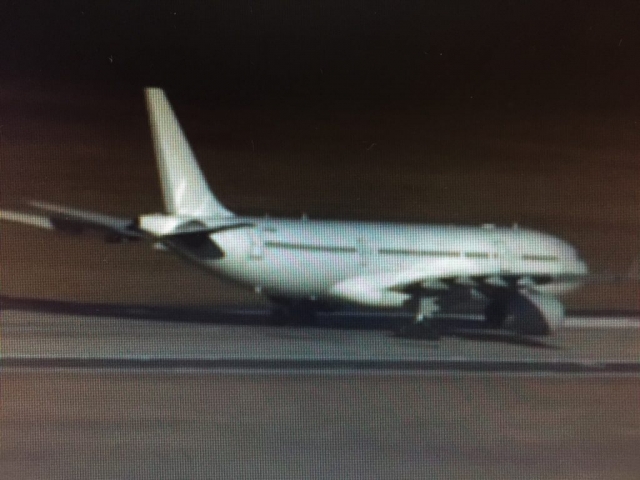 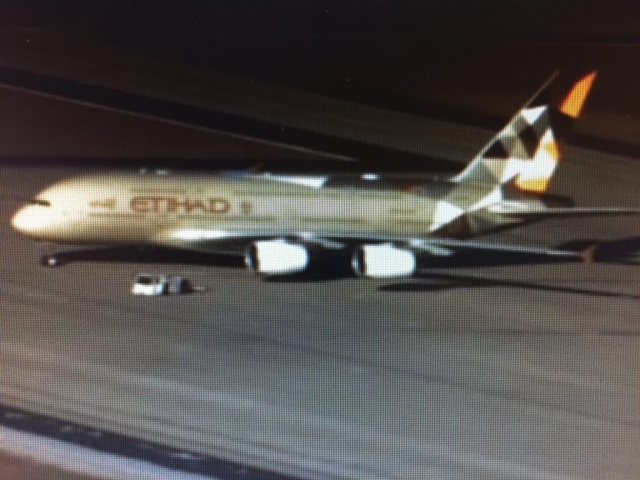 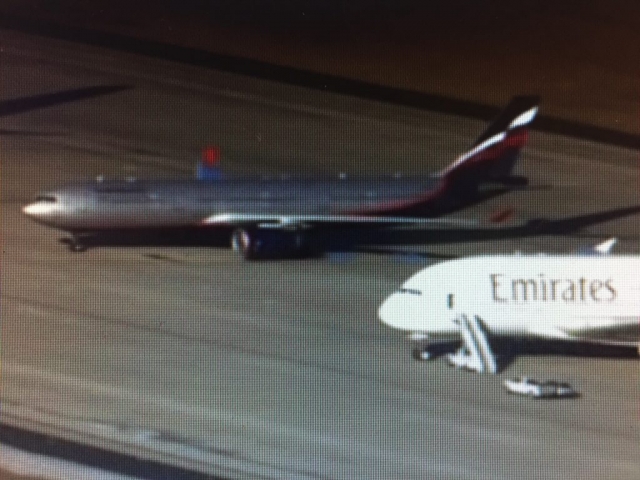 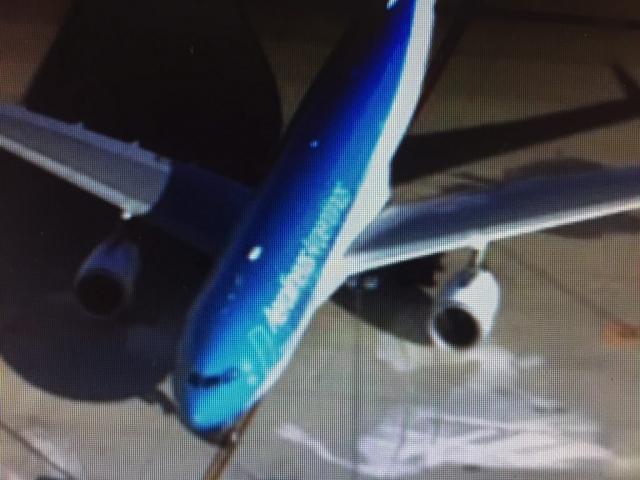 Both Etihad Airways and Emirates brought in Airbus A380 aircraft. Russian flag carrier Aeroflot landed three aircraft: a Boeing 777-300ER, an Airbus A330-300, and another A330-300 later in the evening on Thursday.

There were plenty of rare sights from carriers that do not serve the airport regularly, including a Thomas Cook A330-200, a XL Airways A330-200, and Norwegian 787-9 aircraft.

Diversions aren’t uncommon at Dulles. In fact, the airport is a primary diversion point when New York and Philadelphia are down for the count. However, Thursday was different. The airport had to continually stretch itself to accommodate the influx of traffic, including the more than 1,200 passengers that needed to be processed at Dulles’ International Arrivals Building (IAB). 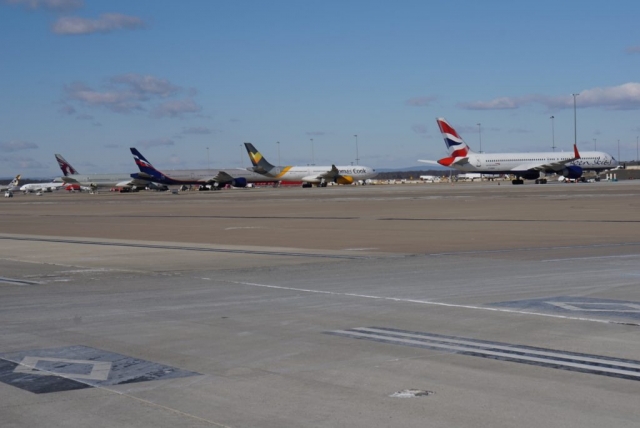 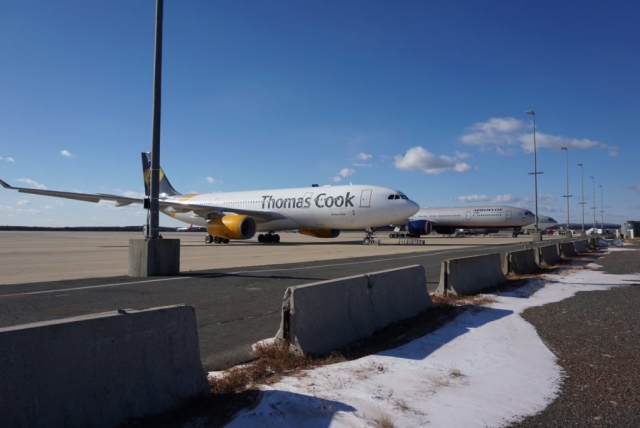 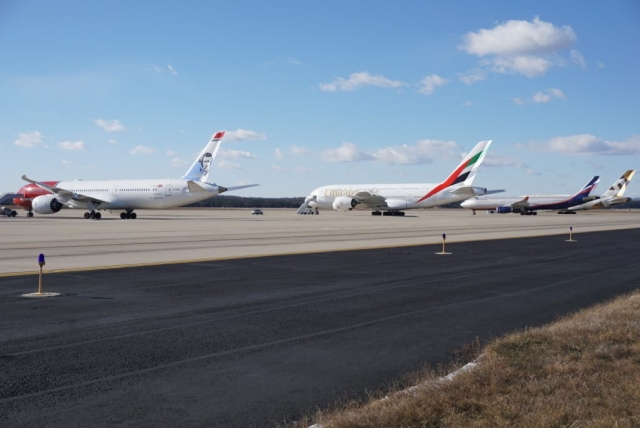 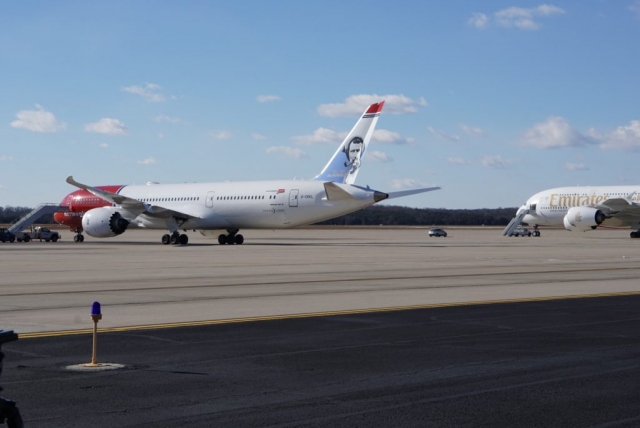 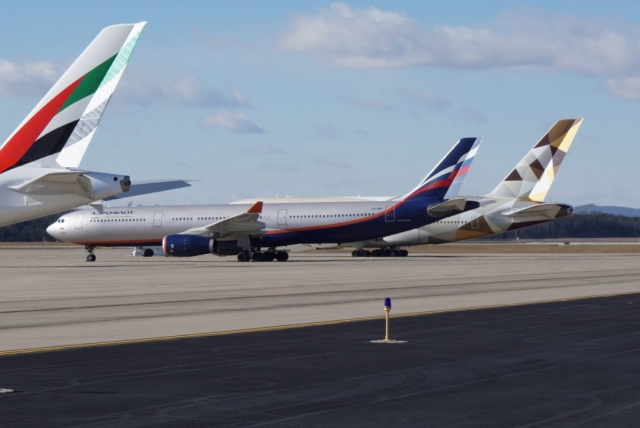 Each airline had their own way of dealing with the fiasco, which continued well into Friday, even though some did not have service staff at the airport. Emirates chartered buses to move passengers to JFK, while approximately 500 people slept in the airport overnight.

Passengers onboard an Aerolineas Argentinas flight bound for New York-JFK arrived at Dulles around noon on Thursday, only to wait four more hours to deplane while on the ground. The airline has no service staff at Dulles, so the airport decided to deplane passengers and move them to the terminal.

While the airport filled up quick, a 1960s-era design was put to the test: the mobile lounges. A staple of Dulles Airport, some of these bus-like people movers can attach to aircraft, like a jetway, and deplane passengers, bringing them straight to the customs facility. These proved vital on Thursday due to the vast number of people that needed to be safely transported across the airport. 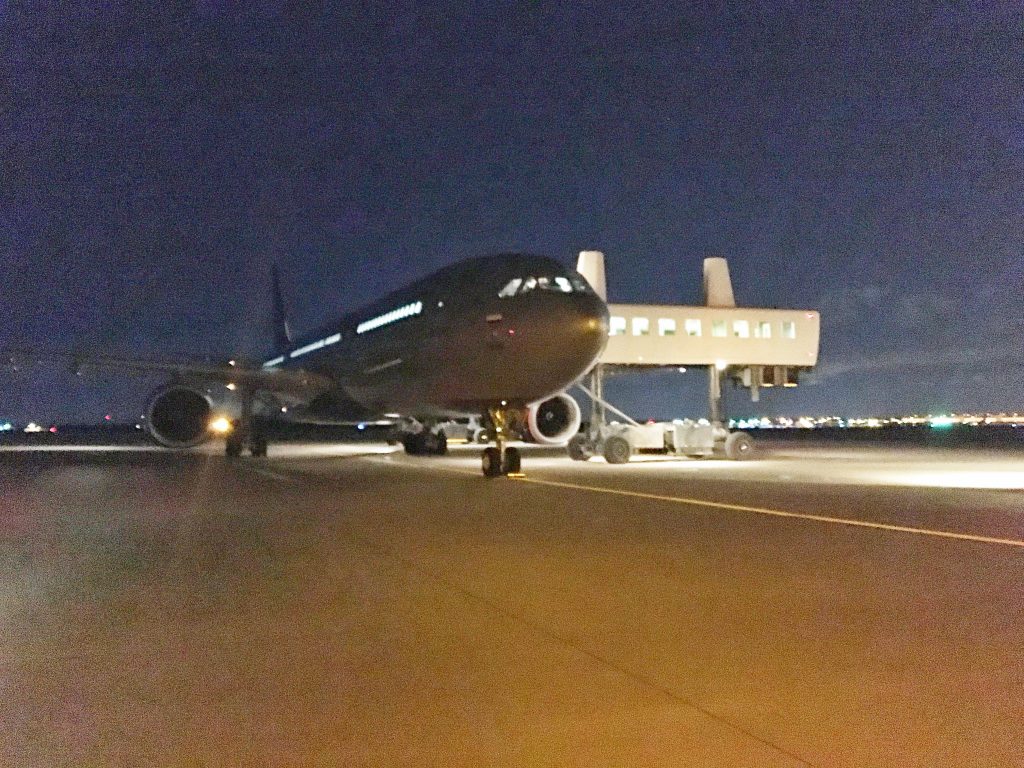 Mobile lounges work to get passengers off an Aeroflot A330 (Photo: Andrew Trull)

Even though Dulles took a majority of the diversions, many other airports accommodated these flights, such as Chicago O’Hare and even Stewart International Airport, which took Singapore Airlines flight 26, an Airbus A380, from Frankfurt. JetTip, a site that tracks unique flights, created a list of flights that were forced to divert on Thursday in light of the storm.

JFK reopened at approximately 7:00 a.m. Eastern time on Friday morning, meaning many of these flights made the short trip from their diversion point to the Big Apple.

Follow Ryan
Ryan Ewing
Ryan founded AirlineGeeks.com back in February 2013 and has amassed considerable experience in the aviation sector. His work has been featured in several publications and news outlets, including CNN, WJLA, CNET, and Business Insider. During his time in the industry, he's worked in roles pertaining to airport operations and customer service while pursuing a bachelor's degree in Air Transportation Management from Arizona State University. Ryan has experience in several facets of the industry from behind the yoke of a Cessna 172 to interviewing airline industry executives.
Follow Ryan
Latest posts by Ryan Ewing (see all)
A380airport operationsairportsBlizzard 2018delaysdiversionsDullesFeaturedFlightsstorm
Related Stories
[ Related Stories ]December 7, 2021 7:00 am ET
By Vanni Gibertini

The U.S. Border Preclearance program is about to add a new airport to the list of facilities where passengers can…

The U.S. Border Preclearance program is about to add a new airport to the list of facilities where passengers can clear U.S. Immigration and Customs before departure. Billy Bishop Toronto City Airport announced last week that it is on track to open its own U.S. CBP Preclearance facility by 2023…

On Monday, U.S.-based startup Breeze Airways announced the addition of two destinations to its route network, boosting its route portfolio…