Shuttle America spent most of its life as a regional carrier for a variety of major carriers in the United States. However it began life in 1995 as a low cost carrier. The airline began operations on Nov. 12, 1998, based at Bradley International Airport in Windsor Locks, Conn. The first route was between Bradley and Buffalo, New York utilizing the Bombardier Dash 8-300.

The airline found success in the beginning with special $29 fares for the first flights. These fares provided good publicity for the airline, allowing them to expand and add new aircraft. A central hub in Trenton, New Jersey was established and flights were operated across the Northeast. Destinations at the time stretched from Greensboro, North Carolina to Buffalo.

In 1999, the airline decided to enter the Boston market. However, instead of serving the larger Boston Logan International Airport, Shuttle America chose to fly to Hanscom Field in Bedford, Massachusetts, adding flights to Buffalo, Trenton, and LaGuardia. The airport gave Shuttle America passengers multiple benefits. The airport had easy access to Interstate 95, free parking, and less congestion than Logan.

After the turn of the century, the airline was purchased by Wexford Holding. Wexford also owned Chautauqua Airlines, and Shuttle America began a codeshare agreement with US Airways, adding service to Pittsburgh and Philadelphia. At its peak as an independent carrier the airline operated six Dash 8-300 and flew 3,000 passengers a day. With the new ownership came new aircraft, with the Dash 8-100 and Saab 340 beginning to be added to the fleet.

In addition to US Airways, a codeshare partnership was added with United Airlines and independent flights were phased out. The route network was adjusted during this time to serve the needs of US Airways and United Airlines. In 2002 the airline moved headquarters from Connecticut to Fort Wayne, Indiana. Three years later the airline was again sold, this time to Republic Airways Holdings. Shortly after the purchase, the headquarters was moved down I-69 to Indianapolis.

With the purchase, the Saab 340s were phased out from the fleet, with the aircraft being replaced by the Embraer 170 jet. The new jets were operated for United Express and Delta Connection. For both carriers, the aircraft were operated with a two-class configuration. During this time the airline went through a change of callsign from Shuttlecraft, to Crossroads, and finally, Mercury which it kept till it ended operations. 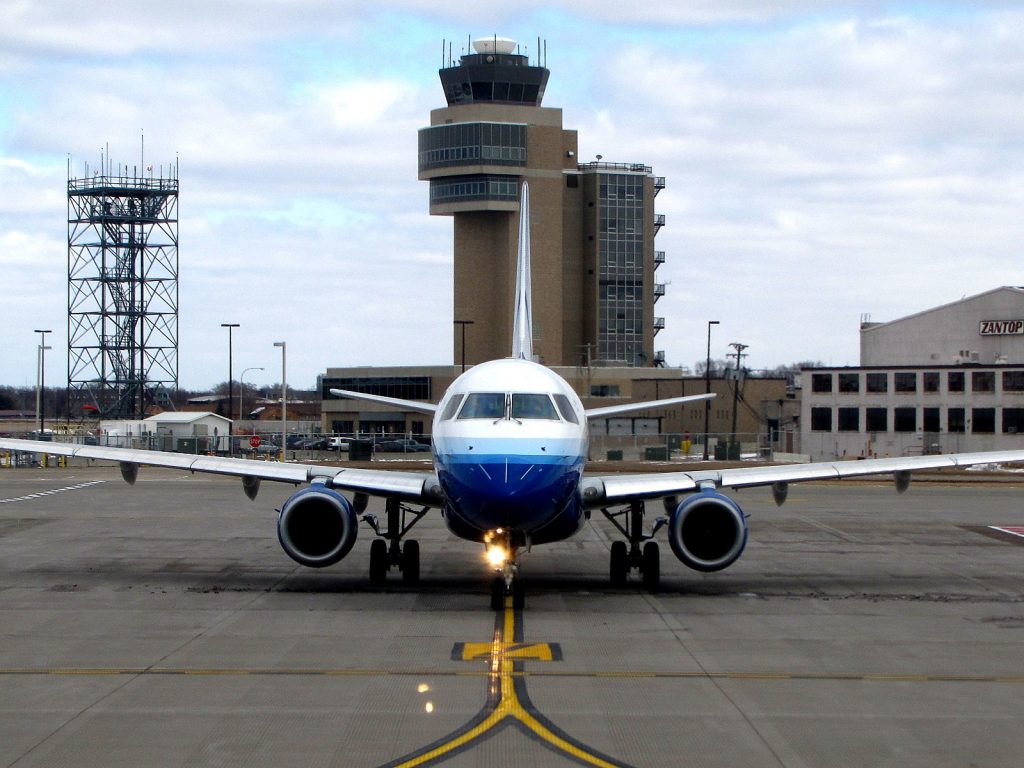 In 2008, the airline began operations in Hawaii in cooperation with Mokulele. The airline stationed three Embraer 170s in Honolulu to supplement Mokulele’s Caravan service. The operations only lasted a year, however, when owner Republic entered into an agreement with Mesa to operate the routes with CRJs. The operation changed to operate under the Go! brand.

During the same year, the slightly larger Embraer 175 was added for service under the Delta Connection brand. These aircraft were eventually chosen to replace Delta’s mainline service on its shuttle routes between LaGuardia and Reagan National Airport. Eventually, this extended to shuttle service between Chicago O’Hare and LaGuardia. However, the fortunes for Shuttle America would change with that of Republic Airways.

The combined airline resulted in a carrier operating the Embraer 170 and 175, with codeshare partnerships with Delta, American, and United Airlines. The merger helped Republic Airways Holding to reduce costs and exit bankruptcy. However, it brought the end to a diverse history of the 22-year-old airline.