Royal Air Maroc inducted its newest aircraft, the Boeing 787-9 Dreamliner, into long-haul flying on Friday when the aircraft flew the Casablanca to New York route, its first transatlantic revenue flight. The Moroccan flag carrier only took delivery of the aircraft, registration CN-RAM, from Boeing 10 days prior in Seattle, flying it back to Casablanca and then on short-haul domestic runs within the country before making its New York debut. 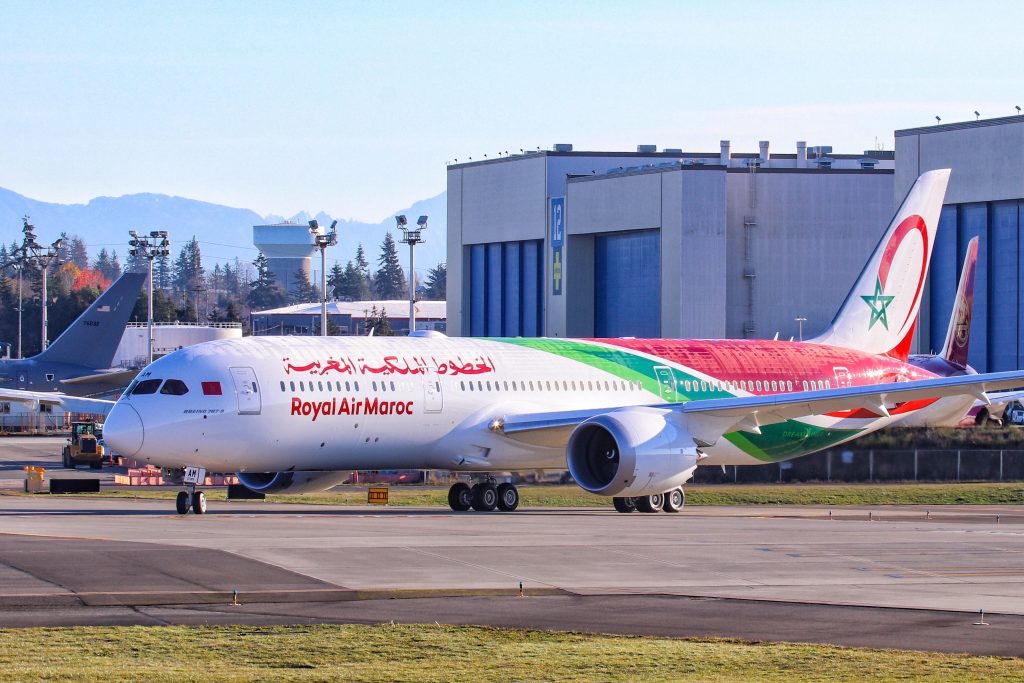 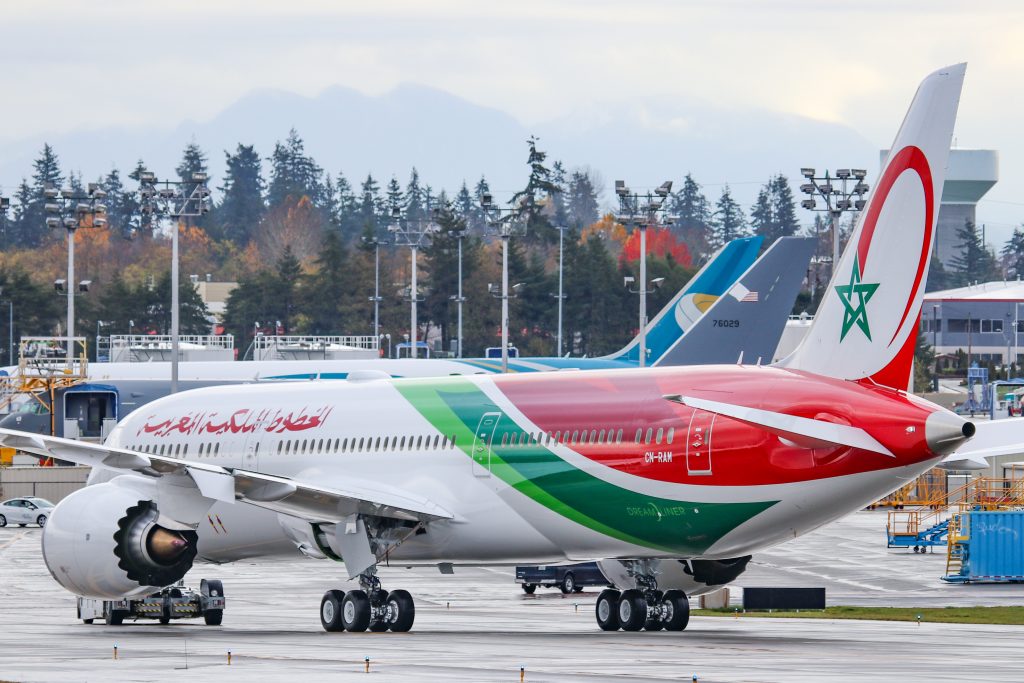 This year has seen New York’s JFK Airport receive more of the 787-9 variant of the Dreamliner. To name a few, Qantas began operating its Boeing 787-9 Dreamliners on the Brisbane-Los Angeles-New York route in September, replacing the Boeing 747-400 that previously operated the route, and El Al Israel Airlines began flying the aircraft, similarly new to its fleet, on the Tel Aviv to New York route over the summer.

One of the highlights of the new aircraft is its restyled interior, especially in the premium cabin. Royal Air Maroc’s current business class product on the 787-8 Dreamliner consists of 18 lie-flat seats across three rows in a 2-2-2 configuration. The seats are paired, meaning no direct aisle access for window seats, and angled towards each other, not unlike Lufthansa’s business class seats. However, an interesting quirk is that the two seats are at different heights when in lie-flat position to allow for more privacy.

The updated business class on the 787-9 Dreamliner, however, is a 1-2-1 reverse herringbone configuration, allowing for maximum privacy and direct aisle access at all seats. Although details on the product are still scarce, an Instagram post from the airline indicates that there will be at least 5 rows in the cabin making for at least 20 business class seats. The seats are B/E Super Diamond lie-flat seats updated with traditional Moroccan styling.

While few details are known about the economy cabin, Royal Air Maroc has posted pictures of the cabin to its Instagram page. According to the airline, economy seats will feature 32-inches of pitch, up to a two-inch upgrade to the seats found on the Boeing 787-8 Dreamliner, based on data from SeatGuru. All in all, the 787-9 will feature 28 additional seats than its 787-8 counterpart for a total of 302 seats.

Additionally, the exterior of this aircraft specifically will be sure to catch the attention of frequent Royal Air Maroc passengers as it features a special livery specific to the first delivered Boeing 787-9 Dreamliner and 737 MAX 8. While the tail of the aircraft remains the same, the rear fuselage features the red and green colors of the Morrocan flag sprawled across the side and top, giving the aircraft more color as compared to the mostly-white standard livery. 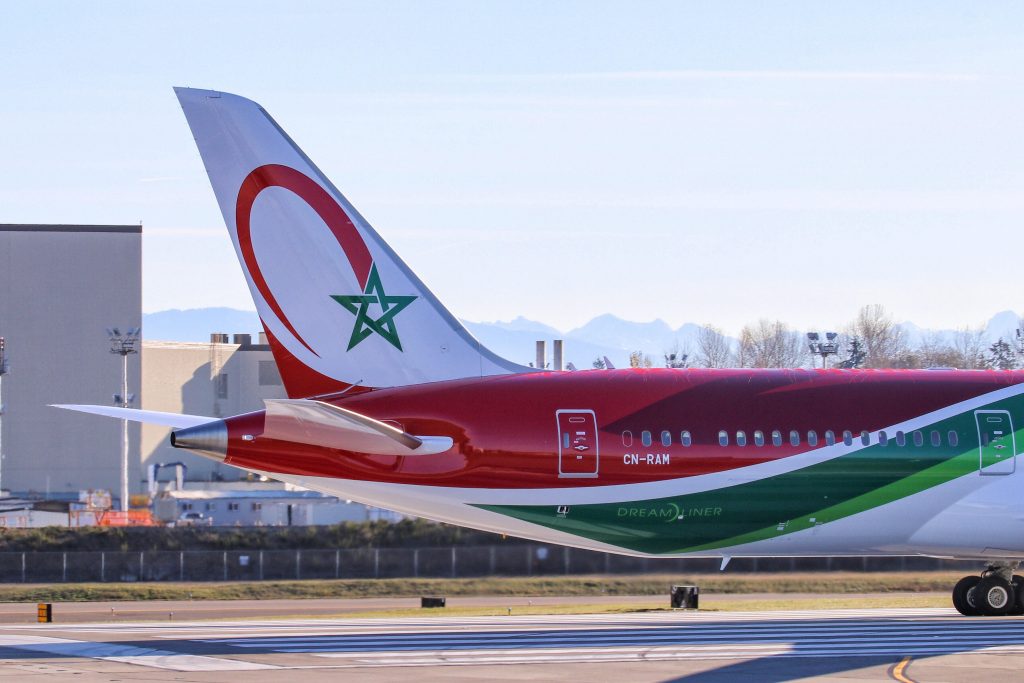 Towards the front of the aircraft, the English spelling of the Royal Air Maroc name is more prominently featured with the Arabic spelling of the name located below the window line, and vice versa on the opposite side of the fuselage. The livery can be seen in this video featuring the majestic Dreamliner flying with no dialogue featured or words, just the Dreamliner and background music. 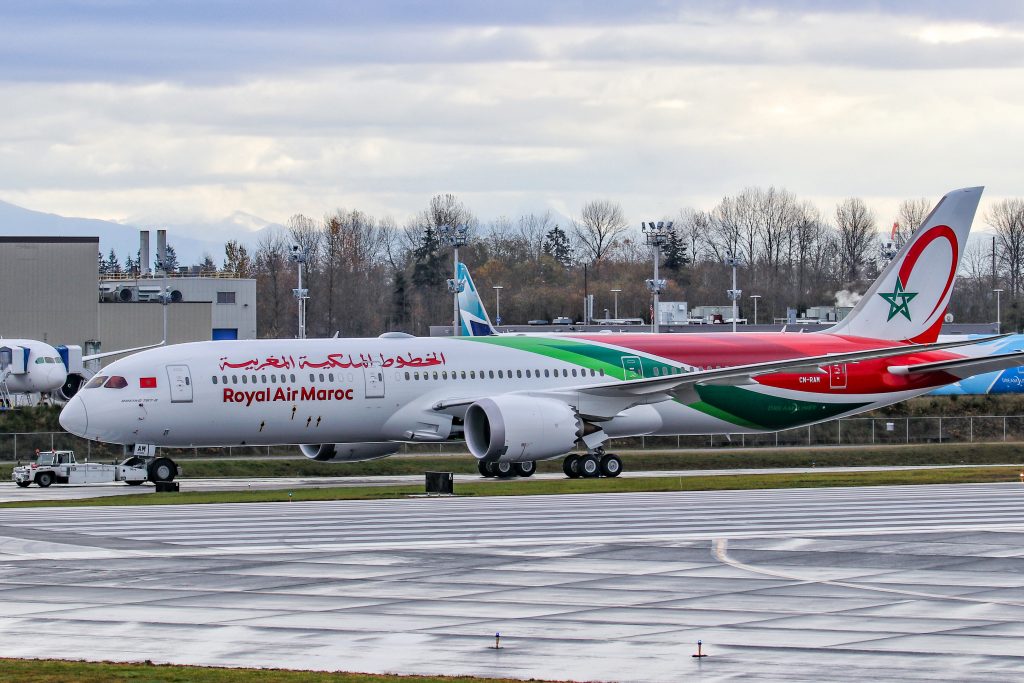 The aircraft’s entry into service with Royal Air Maroc is just another milestone in an interesting two-month period for the airline. In addition to taking delivery of both the Boeing 787-9 Dreamliner and 737 MAX 8 aircraft — the latter being delivered the same day as the 787-9’s debut on the New York flight —and showcasing a new special livery, the airline also joined the oneworld airline alliance.

Operating a Boeing-dominated fleet, the acquisition of both the Boeing 787-9 and 737 MAX 8 were the logical next step for the airline. From its base in Casablanca, the airline operates a short-haul fleet comprised primarily of next-generation Boeing 737 aircraft throughout Africa, Europe and the Middle East and a long-haul fleet of Boeing 767-300ERs and Boeing 787-8 Dreamliners.

The addition of four more Dreamliners to its existing fleet of five 787-8 Dreamliners will quickly dwarf the three Boeing 767-300ERs currently in the fleet, further establishing the Dreamliner as the airline’s flagship long-haul aircraft. With 2020 and Royal Air Maroc’s official entry into oneworld nearing, the carrier is priming itself to be a worthy and modern partner in the alliance. 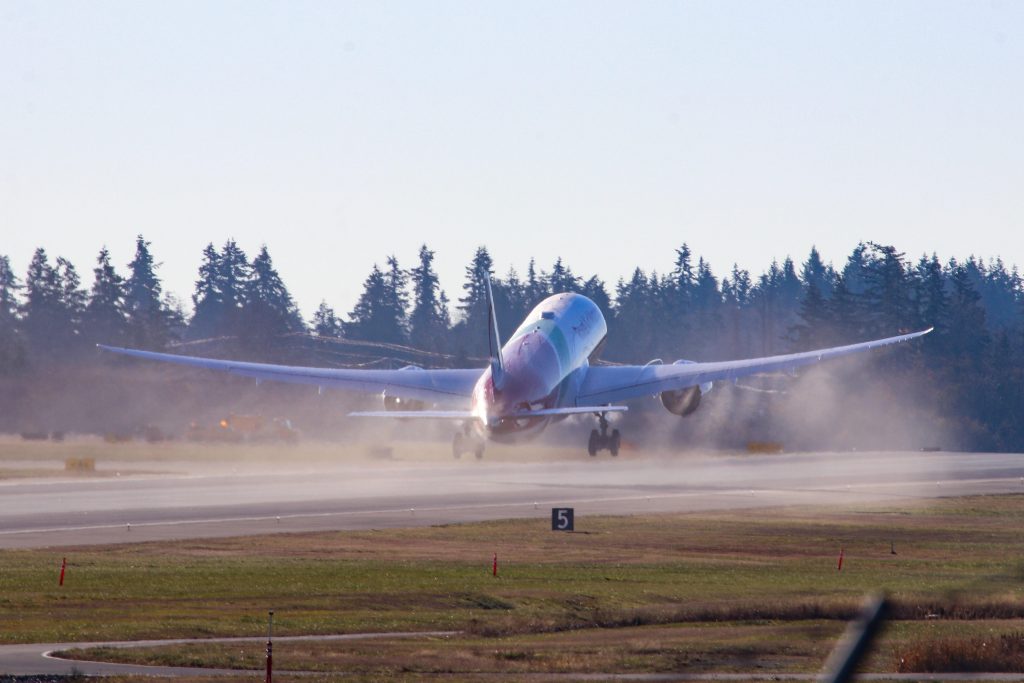 The arrival of the 787-9 Dreamliner and its entry into service marks the arrival of a new era for Royal Air Maroc as it continues to grow and modernize. Although information is still scarce regarding the aircraft’s future plans, its expected to also join the Casablanca to Sao Paulo route and the Casablanca to Miami route when it opens in April 2019.