The days of the iconic Boeing 747 have become numbered as numerous airlines prepare to phase them out in favor of newer and more efficient wide-body aircraft such as the Airbus A350 and Boeing 777X. AirlineGeeks recently obtained data from a source close to British Airways, with details of the airline’s retirement plans for 13 of its 747s. The flag carrier of the U.K., the airline currently flies 34 747s, more than any of its European competitors.

British Airways will remove 13 of its 747s that did not receive a cabin retrofit from its fleet over the next four years, the last exiting the fleet in Nov. 2022. 18 aircraft have been retrofitted with fresh seat covers and new inflight entertainment systems and will continue to fly for the next few years, with the airline aiming to accelerate the retirement once the older aircraft depart the fleet by the end of 2022. According to the carrier, the goal is to have the last Boeing 747-400 exit the fleet by Feb. 2024.

While the airline continues to review its plans for the Queen of the Skies, they have cemented the schedule for the 13 unrefurbished aircraft.

Below is a schedule of the carrier’s current plans for those aircraft: 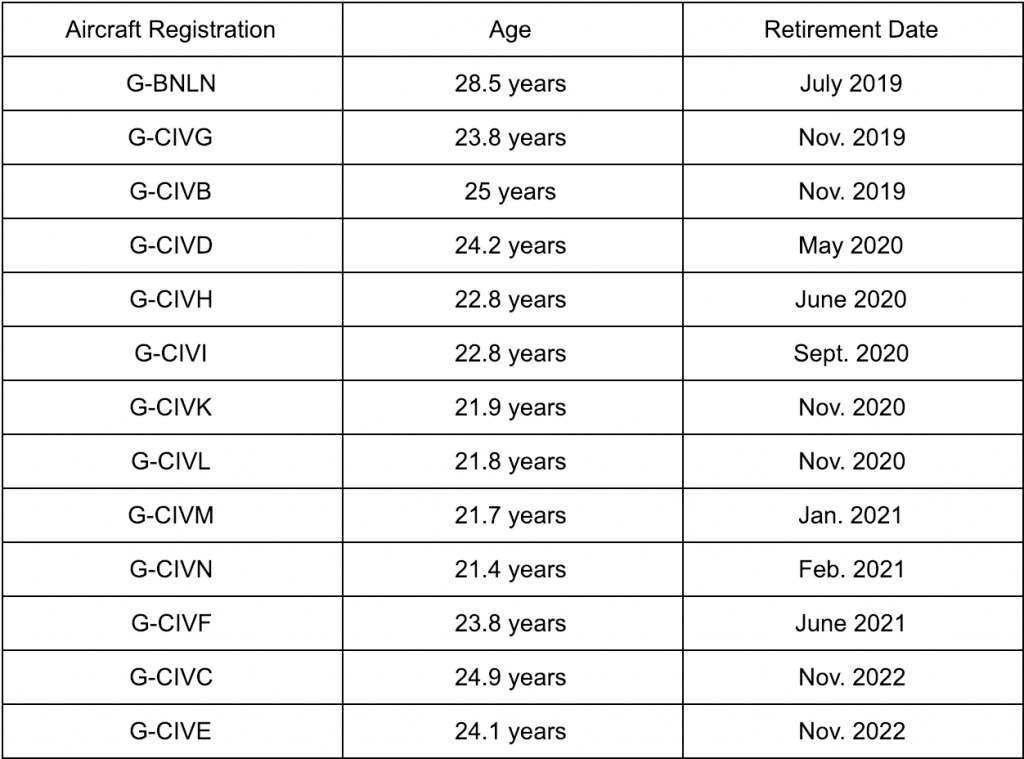 The carrier has firm plans to remove the 13 aircraft not retrofitted over the next few years, but it is likely that a few recently refitted planes will also exit the fleet prior to Nov. 2022. including G-CIVA and G-BNLY, two of the oldest jets.

Recently, British Airways announced its intentions to paint four aircraft in heritage liveries as the carrier prepares to celebrate its 100th anniversary next year. G-BYGC will emerge from the paint shop on Fe. 18 sporting a livery commemorating British Overseas Airways Corporation (BOAC), which merged with three other airlines to create British Airways. This aircraft is not scheduled to be retired until 2023 and will most likely sport the retro colors until then. 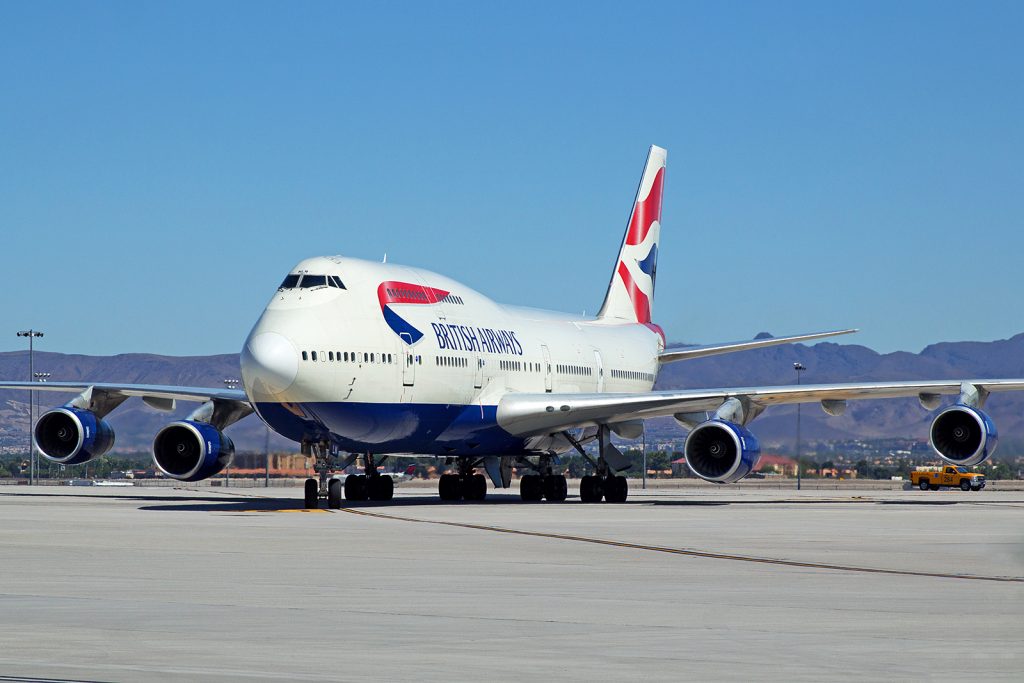 G-BYGC and G-CIVB will also receive special liveries commemorating airlines which merged over the years and created British Airways. G-CIVB will be retired this November and will only wear its heritage livery for a couple of months. G-BYGC, however, does not currently have a known set retirement date. The fourth heritage livery will be on an Airbus A319, though not on one of the 17 the airline plans to retire before Dec. 2020. 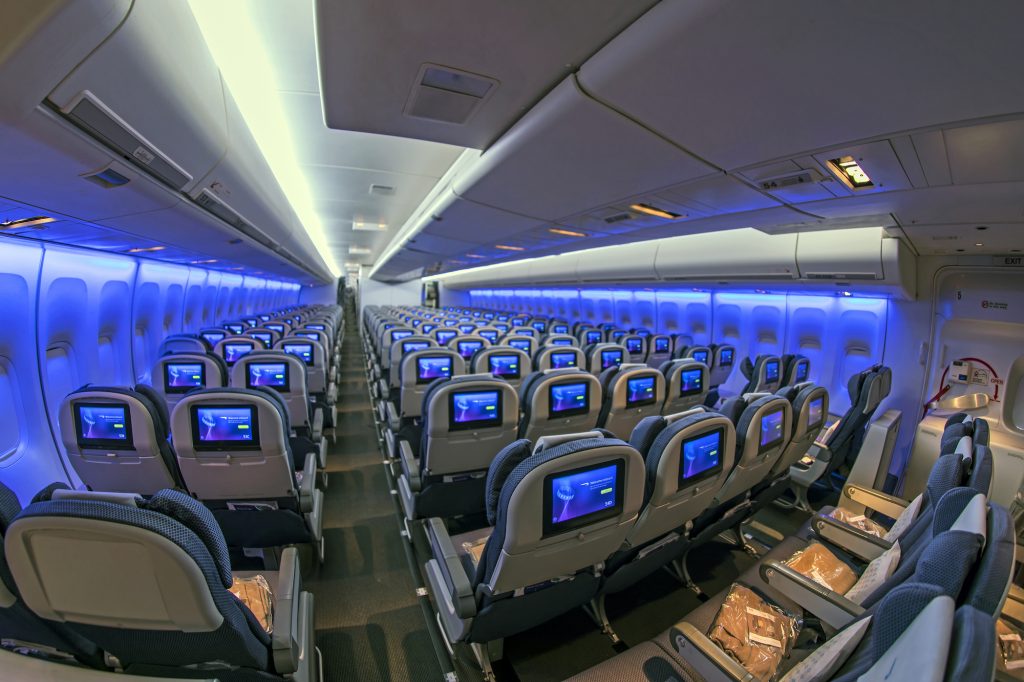 Onboard a British Airways 747-400 that recently received a retrofit to freshen up the cabin. (Photo: AirlineGeeks | William Derrickson) 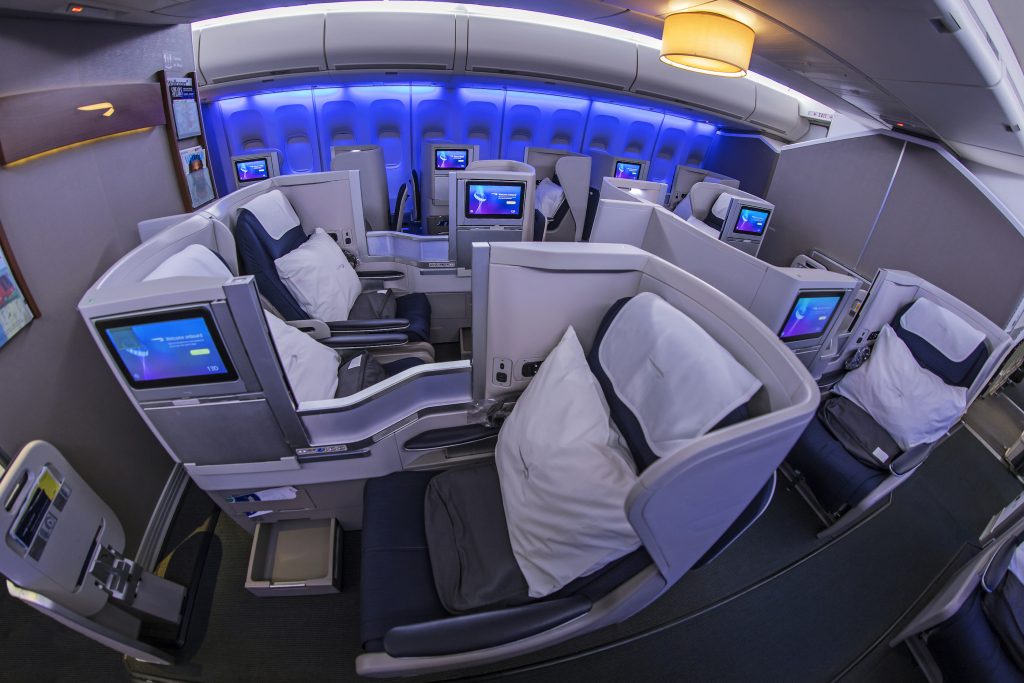 With British Airways removing an entire aircraft type from its fleet, it will also be welcoming multiple new wide-body aircraft in the fleet, including the Boeing 787, 777, and Airbus A350 family within the next few years. The airline will welcome six stretched Boeing 787-10s in 2020, with a further six scheduled for delivery prior to the end of 2023.

The carrier will also add two 777-300ERs to its fleet of 12 this year and one more next year. The Airbus A350-1000 will make its debut in the British Airways fleet when the first of 12 is delivered this July. The airline expects to take delivery of four A350s by the end of 2019. The first A350 will have the registration G-XWBA.

As the British Airways fleet evolves, the next few years will be crucial to ensure a smooth transition from the Boeing 747 to its next-generation wide-body airplanes. European competitor KLM recently delayed its retirement of the 747 by one year with current plans to retire the aircraft fleet in 2021. Lufthansa also operates a 747-400 and 747-8i fleet, but the airline has not disclosed any retirement plans yet. The airline, however, is expected to retire its newer 747-8is earlier than expected at some point in the 2020s.