The only two major airlines currently operating that bear the name of American states, Alaska Airlines and Hawaiian Airlines are the de facto flag carriers of their states. Hawaiian and Alaska are not only unique in that they represent the two newest states to join the union but also feature unique branding and schemes that set them apart from the rest.

While both logos are important, their similar timings and careful branding decisions made alongside locals with small evolutions over the years are very critical in how they are viewed by the markets they serve.

We will start with the older state and the larger airline where an Eskimo named Chester has made himself well known not only in Alaska but as far away as New York, Costa Rica and Hawaii.

For Chester, the Eskimo first came to be used by Alaska Airlines in 1972 as part of a new marketing direction for the airline that would replace the ‘The Golden Nugget Jets’ livery and logo of the 1960s. The airline would introduce not one, but four new tails centered around four unique Alaskan themes to connect better with the 49th state.

The four tails, featuring the Eskimo, the totem pole, the Russian Alaska onion domes and the Prospector, took hold of Alaska’s Boeing 727 fleet with color schemes ranging from sky blue and green to maroon and gold. The Eskimo would be nicknamed ‘Chester’ after Chester Seveck, who was well known for his smiling face as he greeted tourists in Kotzebue, Alaska when they stepped off an Alaska Airlines airplane.

In time, the other tails would be retired as Alaska found that locals gravitated towards the Eskimo tail more than the others. Due to how airlines would hand painted aircraft in the past, it was common for Alaska Airlines to add small tweaks to each Eskimo so that the keen eye could tell each apart and give each an original feel.

In 1988, questions were raised that Chester would be removed in favor of a more mainstream brand that would connect more with the Continental United States, causing an uproar of support for the Eskimo logo.

Then-State Senator Tim Kelly mentioned that the logo “may not be the best representation of an Eskimo, but it’s our Eskimo. Alaskans feel an affinity with the airline. Alaskans feel it’s their airline.”

Although then-Chairman Bruce Kennedy wanted a new logo, petitions begging that the Alaska themed logo be kept changed his mind and the Eskimo stayed.

As a result of Kennedy’s decision, the Eskimo would not be changed and the logo itself would remain in its original iteration from launch in 1972 to 2016 with only small color changes being made. Chester would go from blue to black to navy in the 44-year period as Alaska cemented the logo well into its history. 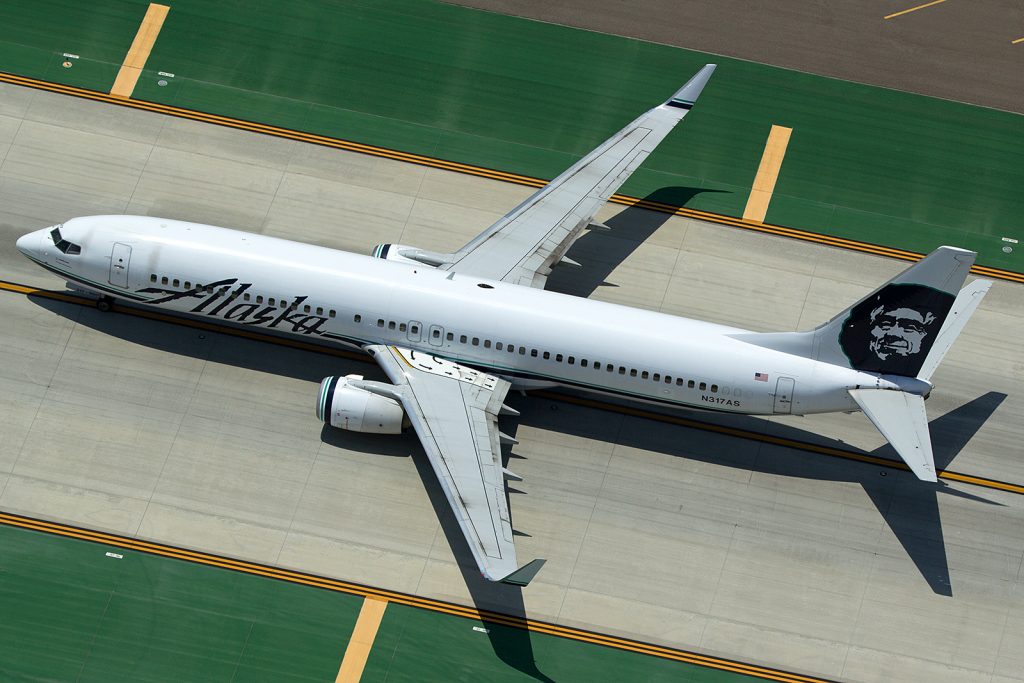 The latest design change, which was performed by Seattle-based Hornall Anderson in 2016, saw Chester move into the next era of Alaska Airlines. For the first time, the Eskimo would no longer be bordering any white backdrop in both branding and aircraft livery, instead being placed on a navy backdrop for both.

To make sure the four-decade-old Eskimo design still stood out, an outline of tropical green and breeze blue would be added while Chester would remain in a navy color scheme. The airline noted that the addition of the two new colors was also to highlight the airline’s warm weather routes to Hawaii and Central America. 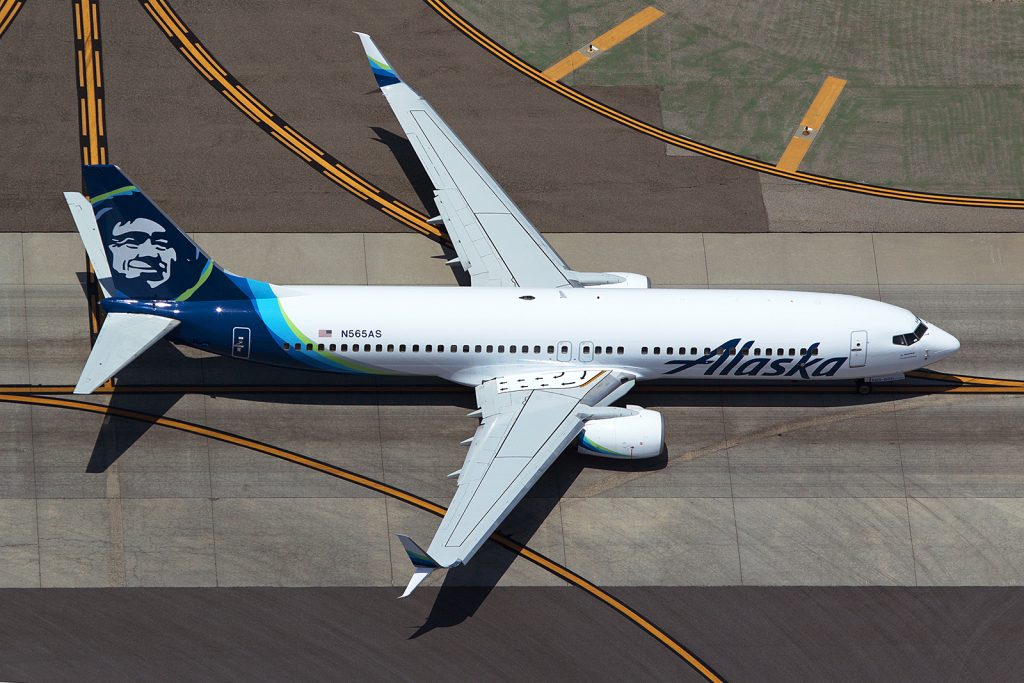 In response to the rebranding, Alaska Vice President of Marketing Sangita Woerner noted, “Our goal in modernizing our Eskimo was to optimize his facial expression so it was clear to our newest customers that he represents warmth and kindness. It was critically important that we approached his redesign with sensitivity, which is why we sought out and received input of Alaska native leaders in the Arctic region and Alaska.”

While Alaska was bringing its local liveries to the scene in the 1970s, Hawaiian Airlines was simultaneously creating its own locally inspired tail for the new age of Hawaiian Airlines. In the beginning, the airline lacked a regional flare as it entered the all-jet age with the airline’s 1960s logo featuring a bird in flight that would be used occasionally in the airline’s livery and branding.

As a result, Hawaiian would turn to Landor Associates to create a new logo for the carrier. The airline would eventually earn its logo with the addition of the Pualani in 1973. Pualani, meaning flower of the sky, originally showed the face of a Hawaiian woman with a hibiscus in her hair against the backdrop of another flower. The new logo would appear on Hawaiian tails and across its 1970s marketing platforms.

Over time, the logo would slowly be altered as the Pualani would become larger on the tail of the aircraft and become the core symbol of Hawaiian Airlines and providing the spirit of aloha to its customers. The logo would also see small changes such as added detail to the facial structure and the flower’s petals.

The biggest change for Pualani came in 2001 when a new purple, fuchsia and coral livery that featured a revitalized logo would make its first appearance as Hawaiian prepared to start Boeing 717 service. A change of logo was offered to the airline’s marketing employees with most opting to keep the ‘flower of the sky’ over a new brand identity. The revitalized logo and subsequent branding would be done in a joint effort by Starr Seigle Communications, Addison Branding and Communications and Hawaiian Airlines’ own advertising department. 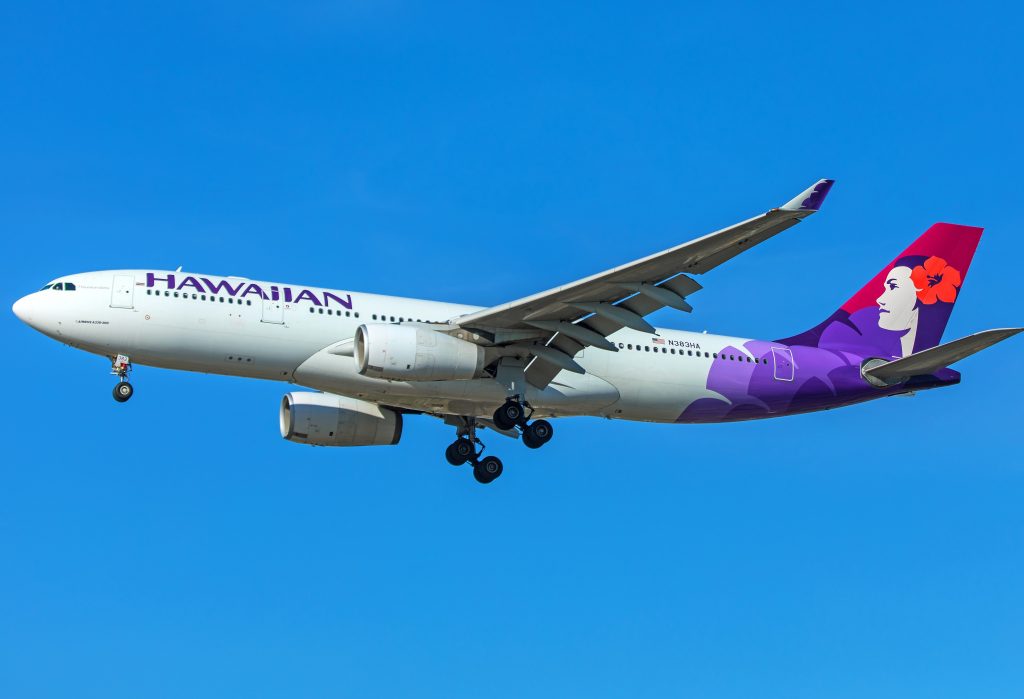 In response to the demand to keep the Pualani as the logo during the 2001 rebranding, Hawaiian Airlines’ Senior Director of Advertising and Promotion Hattie Dixon commented, “It’s evident that there is a deep emotional bond between the people of Hawaiian Airlines and Pualani. Pualani is more than an abstract image, she’s a persona. She’s not representative of any one individual. We each identity with her in different ways.”

That iteration of Pualani would last for 16 years until the airline would tap Lippincott to design a new livery for Hawaiian. Lippincott would focus the campaign around ‘modernizing an icon’ with the idea of a new logo not even being considered, unlike the 2001 change. The redesign would remove the background flower in favor of creating a ‘Hawaiian sunset’ backdrop while still remaining with the three vibrant colors from the previous livery. The new logo would be revealed to Hawaiian employees on May 1st, 2017, also known as Lei Day in Hawaii. 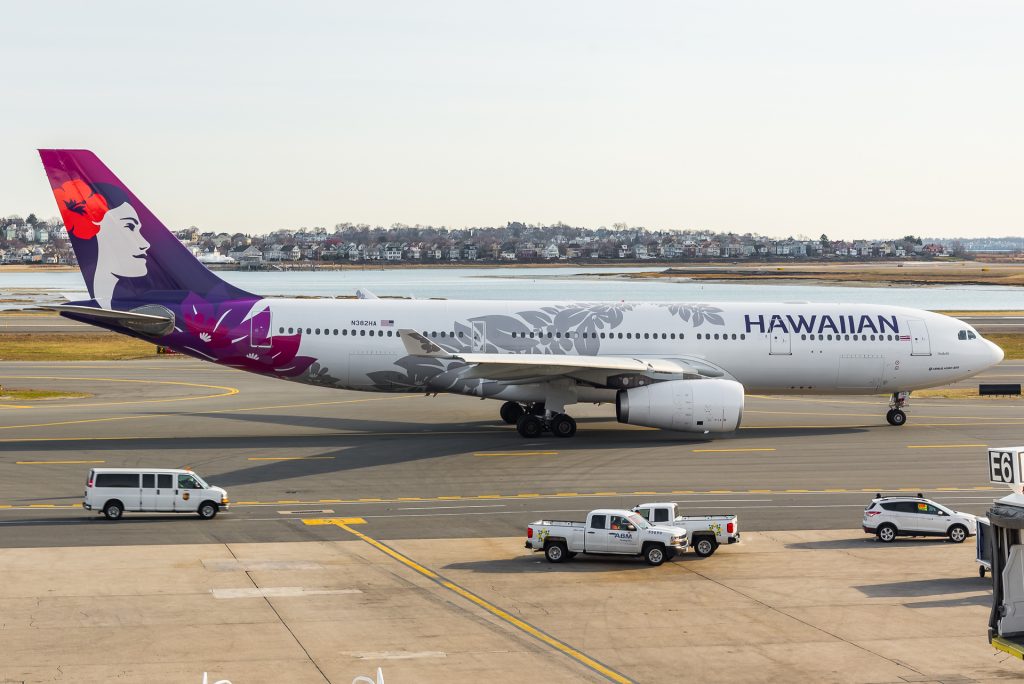 Lippincott noted that “Our approach depended on the guidance and buy-in of a particular constituency: long-standing employees who were heavily invested in the Hawaiian Airlines brand. After all, Hawaiian Airlines’ people are the cultural ambassadors who make the company unique, their connection with guests differentiate the airline in a highly competitive market.”

On top of appearing as the logo for the airline’s livery and branding, the Pualani name also is used as part of the HawaiianMiles Mileage Program with the top tier memberships being Pualani Gold and Pualani Platinum.