In a continent of over 50 countries, Africa has its fair share of airlines, each with its own unique branding and logos.  In this week’s installment of the Logo Lineage series, we turn to our first of three parts on African carriers and how political revolutions have seen airlines change their logos to clear their names of previous regimes or troubled past.

Although Libyan Airlines had been the government’s main carrier for the better part of 37 years, 2001 saw the Libyan government move toward a new airline to offer an alternative to travelers. The new carrier, named Afriqiyah Airways, would be created and branded directly by the Libyan government, starting operations in 2001.

For its first livery, the airline was influenced by long-standing leader Muammar Gaddafi and wanted a brand that promoted the newly created African Union. The airline’s main logo would feature a multicolored base with the colors red, green, yellow and sky blue all being used in the carrier’s first identity. 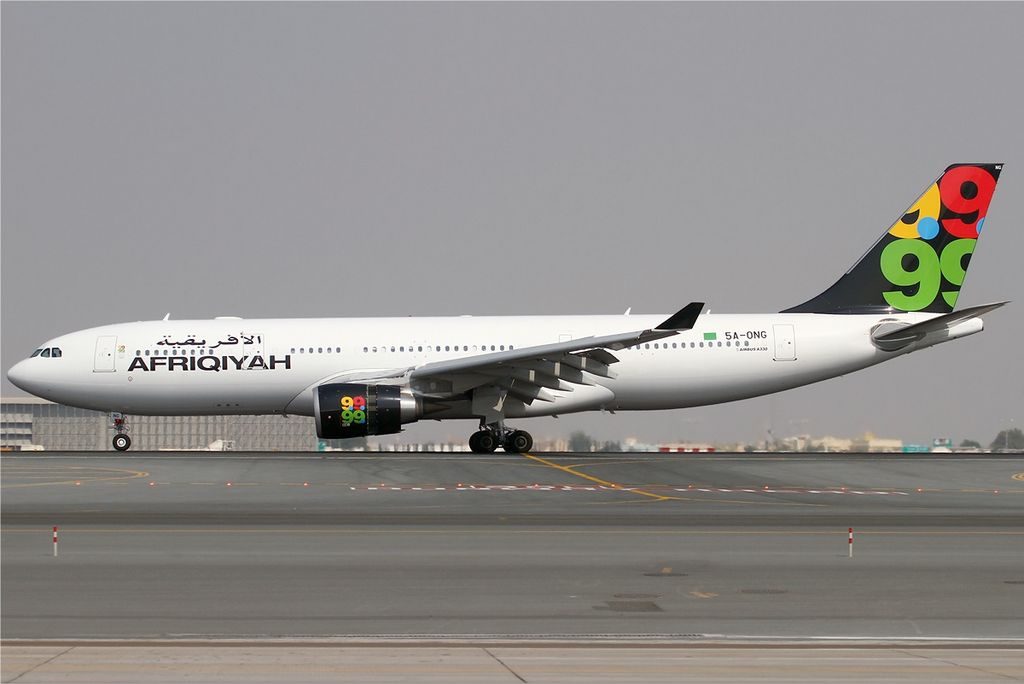 Being Afriqiyah Airways first logo, the 9.9.99 branding would appear across every aspect of the airline as the new carrier was looking to find solid footing in the post-9/11 commercial world. All aircraft would see the 9.9.99 branding appear on the aircraft engines and tail with the only exceptions being the two government VIP aircraft, which would be differentiable by having a fuselage running-black top that would lead to yet again the 9.9.99 logo on the forward fuselage.

However, the fall of the Gaddafi regime in 2011 would see Afriqiyah race to rebrand and to put behind it any connections to the previous government. In a time of war, the airline would turn to a symbol of peace and love for its new logo. The green, red and yellow would be dumped in favor of a new sky blue, black and white logo of a turtle dove’s neck markings. The airline chose the turtle dove for its message of love as well as the bird’s history of crossing through Northern Africa during migration periods.

As for the government VIP aircraft, Afriqiyah would lose one Airbus A300 to crossfire during the war while the remaining Airbus A340 would be sold off to the government. The government then removed the 9.9.99 branding and Afriqiyah name in favor of a new color scheme and updated national flag.

While the road to recovery has not been easy, the airline has committed to keeping the turtle dove themed livery despite the continuous fighting in Libya in the years following the ousting of Colonel Gaddafi. As of this writing, all Afriqiyah branding and almost all of the Afriqiyah fleet have been rebranded, with the only traces of the original livery being on aircraft that were severely damaged or destroyed at Tripoli International Airport.

During its founding and early years of operations, South African Airways had made it a habit to name as many parts of the airline as it could after springbok, the national animal. The carrier had been acquired by the South African government in 1934, leaving the branding centered around logos and colors of the old Union of South Africa.

For starters, the government opted to use the colors of the union’s flag with the airline seeing orange and blue dominating the livery. The Union of South Africa’s flag would appear on the forward fuselage while the springbok would appear on the tail. 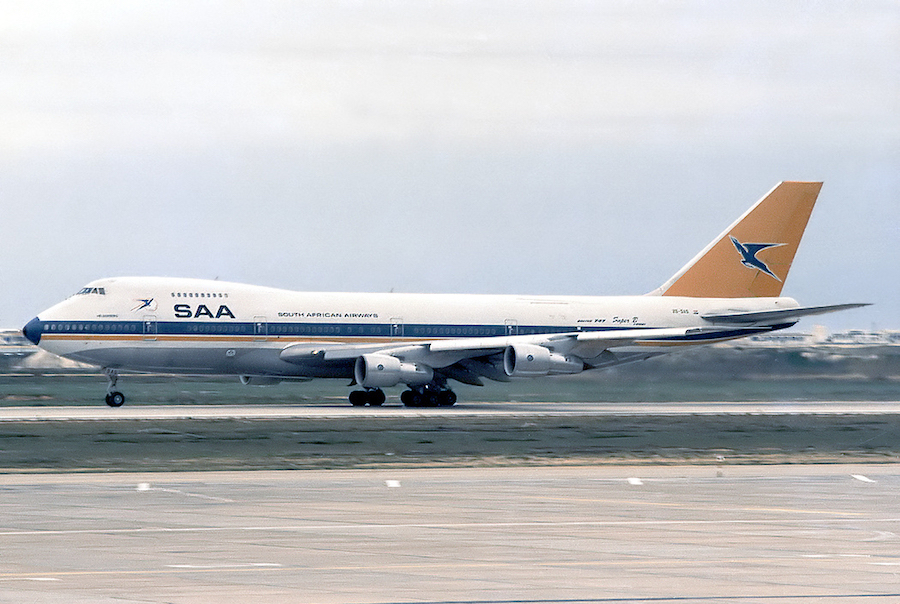 The springbok, native to the areas of South Africa and Namibia, would also appear as the airline’s callsign and take up the name of long-haul routes, branded as “Springbok Services.” The springbok would go through three different iterations in its time in being used with South African Airways, with all three giving the horned animal a set of wings.

Alongside the airline’s logo and livery, the presently known South African Airways also went by its Afrikaans name, Suid-Afrikaanse Lugdiens, which would be abbreviated as “SAL” on the fuselage. By incorporating the livery, logo and name, the airline hoped to create a strong influence with locals and bring a South African flare to the world.

However, due to political challenges, South African would not be welcomed to most of the world. Many countries were directly opposed to supporting the government’s apartheid system, which had plagued the nation’s history since separating from the United Kingdom. This meant some countries would effectively ban the airline from using airspace or landing at airports, including the U.S.

This, coupled with a tarnished aircraft accident record, would severely limit what routes and countries South African could operate to and through. A frequent routing for South African to get to parts north in Europe was flying offshore around West Africa and refueling in the Canary Islands to avoid flying over certain airspace whereas now, flights can just fly straight north.

But change eventually came, and the anti-apartheid push lead by Nelson Mandela saw a new age for South Africa. As the country’s flag, politics and acceptance in the world changed, Suid-Afrikaanse Lugdiens also felt the need to change. The airline would begin a rebranding process in 1997 that would see the springbok and the orange and blue color scheme removed from all of the airline’s branding, instead opting to adopt the new flag.

All branding for the airline would revolve around the aircraft’s flag tail as no individual animal or designed logo would replace the old winged springbok design. It was also during this time that the airline would change its name into the present day South African Airways.

As a result of the rebranding and joining the Star Alliance in 2006, South African saw an influx of new routes across the west including service to the United States. Despite the springbok disappearing from the face of the airline, there is still one place it can still be found: through the airline’s radio calls. To this day, South African aircraft still identity as ‘Springbok’ when talking to air traffic control.