Brussels Airlines has once again begun to provide journies to the magical, fist-pumping city of Boom, Belgium for Tomorrowland, one of the largest Electronic Dance Music (EDM) festivals in the world. Since 2012, the airline has been helping to bring festivalgoers from all over the world together for the iconic event. Its mission, to help unite, “the People of Tomorrow” in an effort to create lasting friendships and memories for all festival attendees. 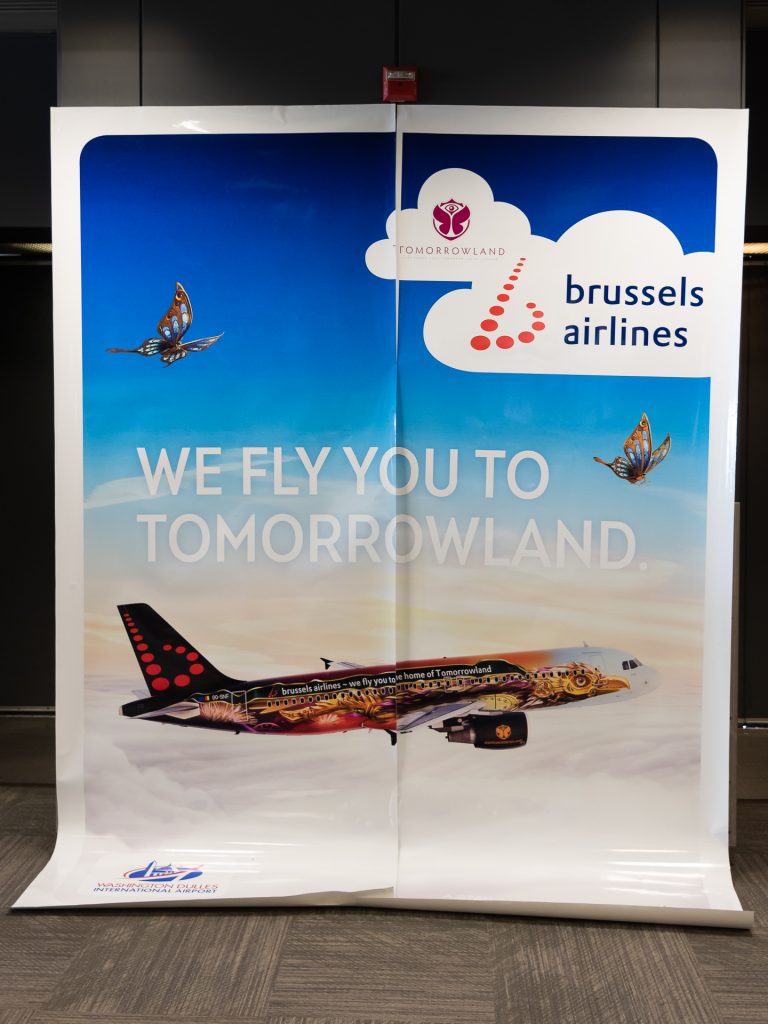 Brussels Airlines and Tomorrowland have been partners since 2012. (Photo: AirlineGeeks | Ben Suskind)

With such a massive festival, Brussels Airlines has quite the logistical endeavor on its hands, one that it has been pulling off now for eight of the past 15 years Tomorrowland that has been a festival. This year’s festival saw Brussels Airlines and Tomorrowland sell over 37,500 packages. Though an airline and musical festivals do not seem like a match made in heaven, Belgium’s flag carrier has gone all-in with Tomorrowland, even giving the festival its own special livery on one of the carrier’s Airbus A320s.

Tomorrowland emerged on Aug. 14, 2005, as a brand new music festival turning the town of Boom, Belgium into a whimsical, EDM musical gathering. The People of Tomorrow believe in a “commitment to create a reality that relates positively with Mother Nature and contributes to the well-being of the next generations.”

Brussels Airlines saw the success of this festival and wanted to aid its commitment even further. Since Feb. 23, 2017, the airline has been using “Amare”, a special liveried Airbus A320 symbolizing unity, love and friendship, to help make the festival journey that much more special. 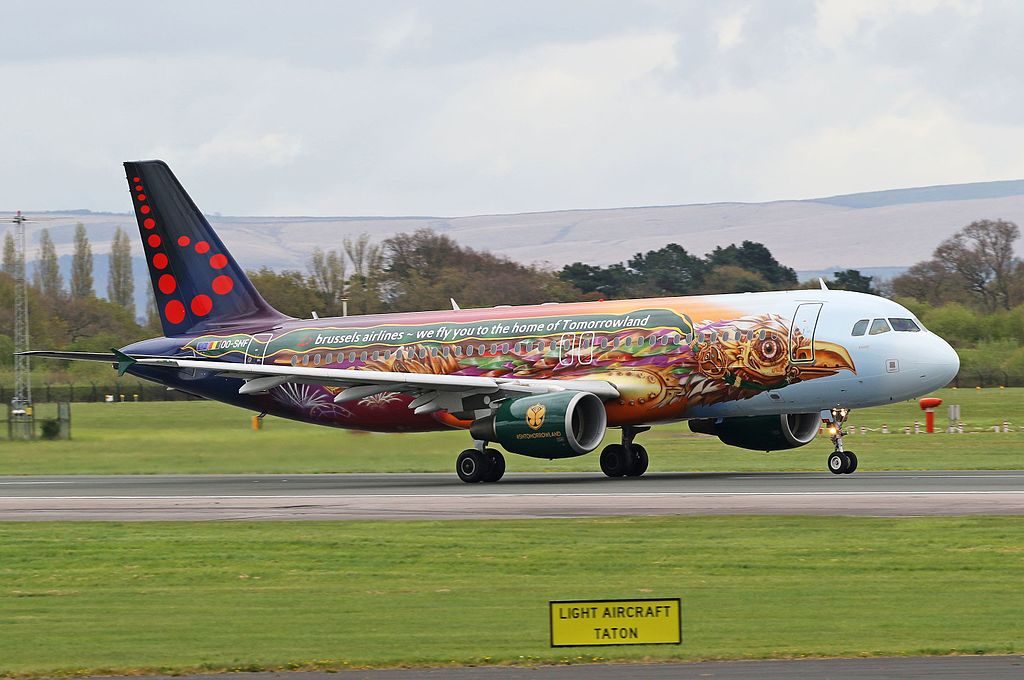 In addition to Amare, the airline provides 11 “#TMLPartyFlight” services from global destinations with a live DJ on the flight and another 56 flights with festival-themed music options. The aircraft are specially equipped with an enhanced sound system, decals on the windows and even some of the cabin crew dressed for the occasion. 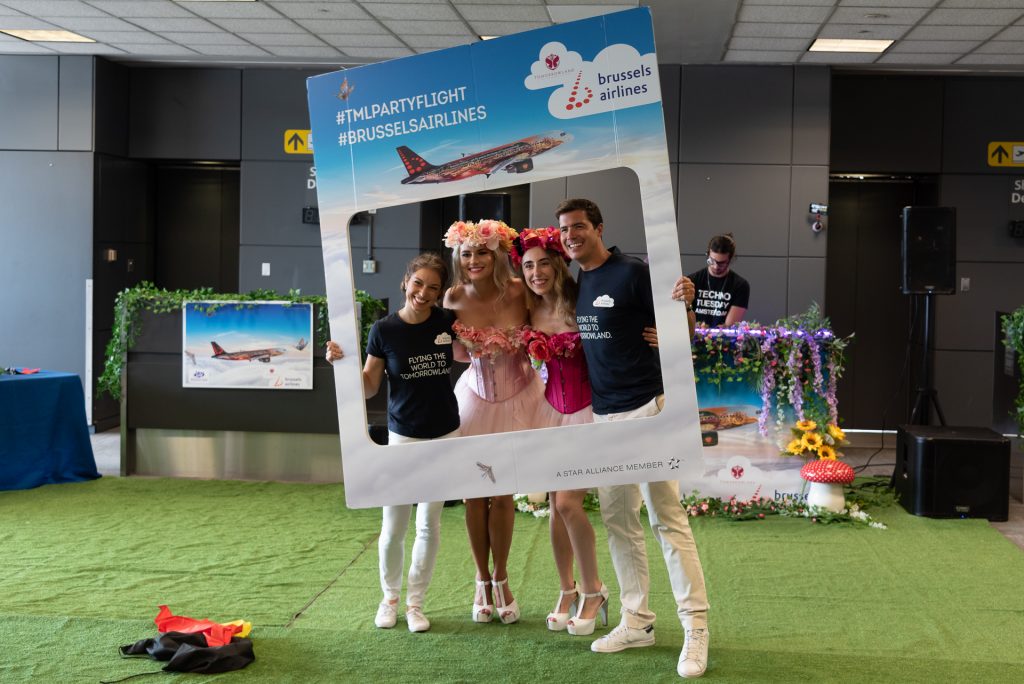 In total, 293 flights will take 25,290 passengers to the festival across 77 departure airports worldwide. This year, Brussels Airlines will operate its first two transatlantic party flights with 288 passengers onboard from Washington Dulles International Airport, one of the airline’s two U.S. destinations.

The first of two flights began operating on Tuesday ahead of the first festival weekend with the airline’s flagship Airbus A330-300. The second flight is scheduled to depart on July 23. In total, three flights will be operating on the A330 for the festival complementing eight flights on Amare. 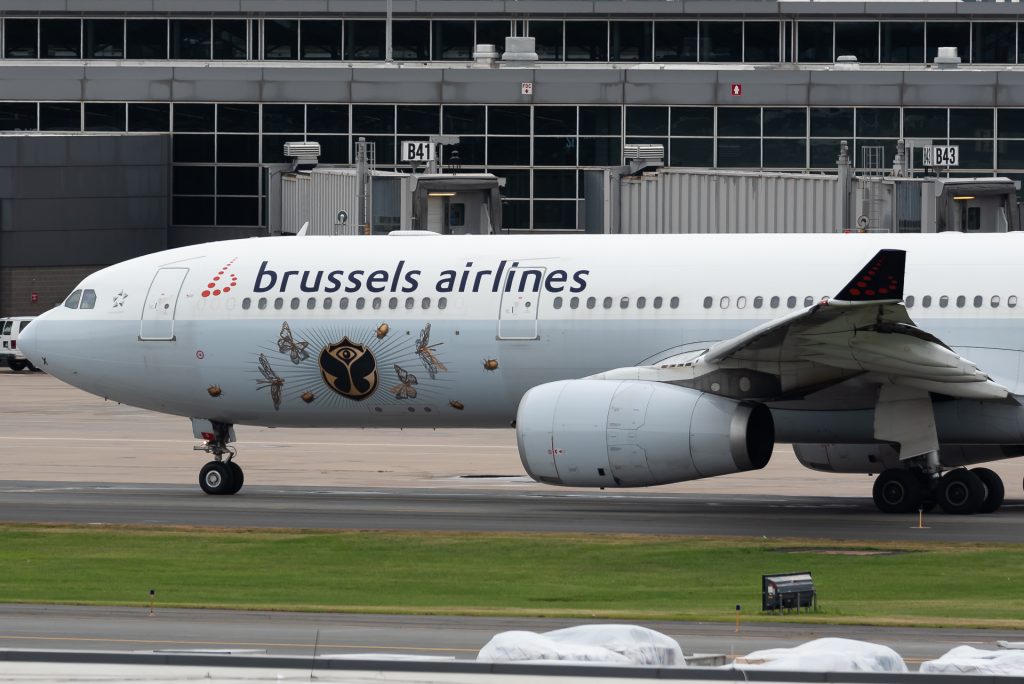 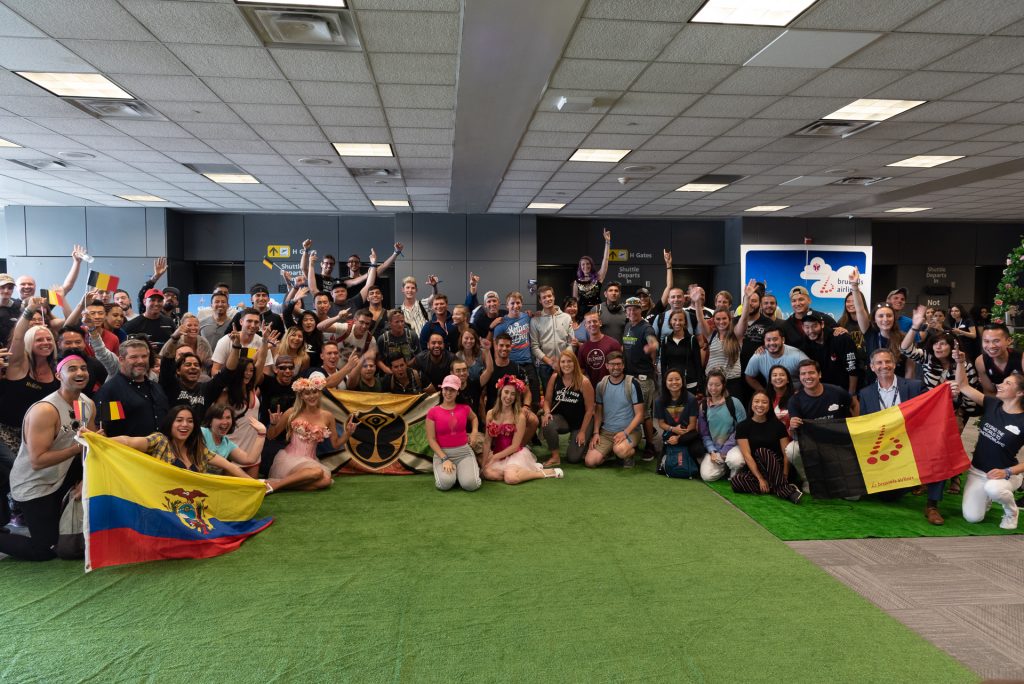 Joining in on the fun, Dulles Airport hosted a gate party before the first departure on Tuesday. While Brussels Airlines would have an onboard DJ, the airport also had the DJ, who would also be performing at the festival, perform at the gate to get travelers in the festival spirit before even stepping foot on the plane. 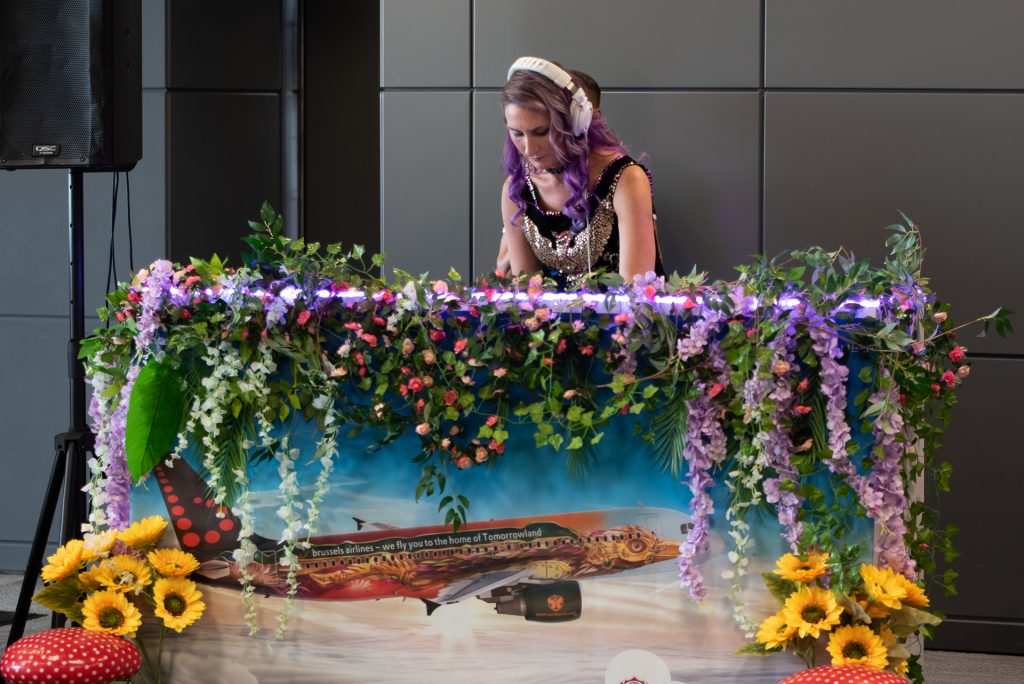 Brussels Airlines and Washington Dulles Airport hosted a DJ to perform at the gate and onboard the aircraft before ultimately performing at Tomorrowland. (Photo: AirlineGeeks | Ben Suskind)

Stretched across two fun-filled weekends, Tomorrowland is expected house some 400,000 people with an incredible show of music. The festival this year takes place July 19 through July 21 and again July 26 through July 28.

Andrew Burnham
Andrew joined AirlineGeeks in 2019 as a writer. From dispatching aircraft at Delta Private Jets, to flying a Cessna 172S, Andrew has seen his fair share of the industry already. His favorite flying moment was riding in the jump seat in a Challenger 604 into iconic Aspen, Colorado. In his spare time, he enjoys flying to the next $100 hamburger restaurant and reading the latest AOPA magazine. Aviation isn’t just an industry, it’s a lifestyle.