As airlines reduce schedules and flying hours, yet another airline has followed the suit of Alaska Airlines and JetBlue: United Airlines.

The main condition of airlines being eligible to receive money from the federal government under the CARES Act is that they are required to maintain a minimum level of service to cities the carriers served before the COVID-19 pandemic broke out.

Airlines are taking very unusual approaches to this requirement, one such way is creating new or ‘tag’ routes that under normal circumstances the airline wouldn’t normally fly.

Alaska Airlines was one of the first in the country to begin these tag routes, and since then they have even implemented more of them. This past week JetBlue also began these types of routes.

United Airlines is the latest carrier to implement such routes, but they are the first major airline to do so.

Being such a large carrier with an expansive city listing, there are many routes that were added between smaller cities that the U.S. Department of Transportation (DOT) denied the carrier an exemption. Around 35 cities are being affected by this change with more likely to follow in the future. The first group of ‘tag’ routes ranges from just under 270-miles to only 30.

It is unclear how often each flight will operate, but for the airline to be eligible for CARES Act funding United is required to operate at least five flights a week to each city.

The first route to be added is Key West, Fla. to Fort Myers, Fla. via the Southwest Florida International Airport with a flight distance of just under 140-miles. This route will begin at the carriers Chicago hub and the aircraft to fly this route is the Embraer E170.

This route was previously served by Continental Connection via regional affiliate Gulfstream International Airlines on a Beechcraft 1900 until the carrier’s demise in 2010. Most recently it was flown until 2013 on Cape Air using one of its Cessna 402s.

This route will be flown using the carrier’s Embraer E-175 aircraft and will operate from its Washington Dulles hub.

This route is the shortest of the new tag flights at only 30-miles and will become the shortest route in the United Airlines network. For the time being, it will overtake the carrier’s current shortest flight from Santa Rosa, Calif. to San Francisco that sits at 66-miles.

It will also take the title for the shortest scheduled flight operated by a major U.S. carrier, overtaking the current titleholder Alaska Airlines with their Petersburg, Alaska to Wrangell, Alaska flight that sits at 31-miles, just one mile longer than the new tag flight.

The next route is an intra-state route and will be the only commercial passenger flight to operate within the state of South Carolina.

This route will sit at just under 85-miles and will be flown using the Embraer E-175 also from the Chicago hub.

The next two cities on the list for tag flights aren’t unfamiliar with each other. The cities in this tag flight are both part of the government’s Essential Air Service (EAS) program and were briefly part of a joint bid for the carrier’s route to Chicago a couple year back before they split to make their own individual flight.

The link between the cities sits at only 45-miles and will be flown using the CRJ-200 aircraft and will operate to the carrier’s Chicago hub.

Another recently started route for the carrier is being effected. United Express via regional affiliate SkyWest won the EAS contract for Decatur, Ill. back in Winter 2019 beating out former carrier Cape Air on the route to Chicago.

United Express operated by SkyWest began flying to Decatur only four months ago, at the beginning of February.

The Springfield to Decatur sector sits at 43-miles and will be flown on the Canadair CRJ-200 aircraft weekly from the carrier’s Chicago O’Hare hub.

Yet another intra-state route for the carrier this time between Muskegon, Mich. and Saginaw.

This is another EAS city being affected as the Lake Michigan coastal city of Muskegon is part of the program, although Saginaw is not.

The intra-Michigan route sits at 111-miles and will operate using a Canadair CRJ-200 again from the carrier’s Midwestern hub at O’Hare. 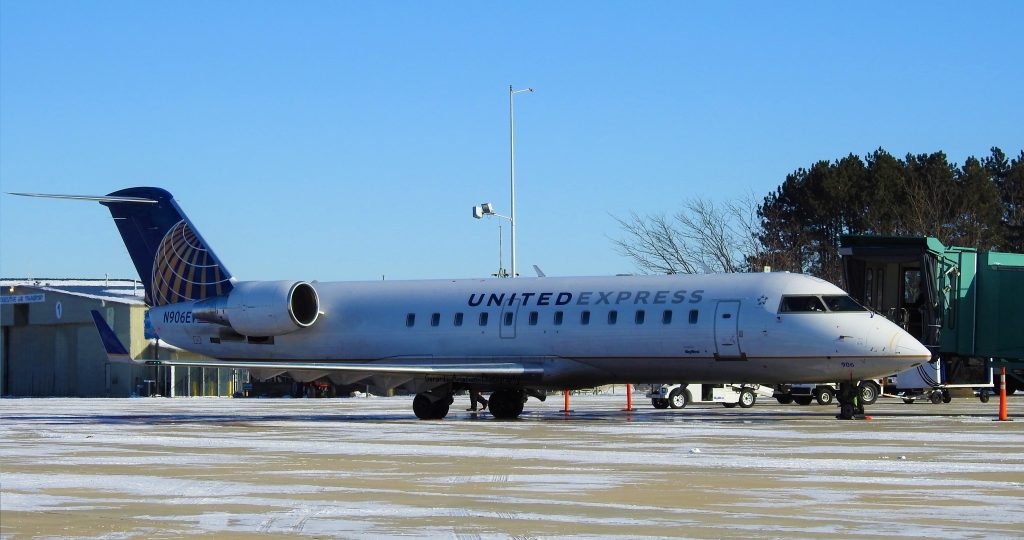 These are the first cities to be connected in a group of three. Hancock, Mich. via Houghton County Memorial, Eau Claire, Wis. via Chippewa Valley Regional and Duluth, Minn.

Houghton County and Chippewa Valley are both part of the EAS program while the Minnesotan city is not.

It is unclear how often each flight will operate, but all the flights will fly from the Chicago hub to the Michigan city pair first before going to either Eau Claire or Duluth.

Hancock to Eau Claire sits at 215-miles, while Hancock to Duluth sits at 176-miles and will both be flown on the CRJ-200 aircraft.

United via their regional carrier United Express will operate nine new tag flights to 17 cities from their Denver hub and will all be flown on either the Canadair CRJ200 or Embraer E145 depending on what regional carrier currently holds the EAS contract in the respective cities.

Every new tag flight from their Denver hub operates to an EAS city with the exception of the destinations in Colorado and Montana.

It is currently unclear if the flight will stop in all three cities along the way or just two at a time.

Whatever the route combination is of the three cities, the routes will all be flown on the Canadair CRJ-200.

This tag flight will be the longest by distance of the new tag routes and sits at 241-miles.

The aircraft will first fly to Scottsbluff via the Western Nebraska Regional airport before continuing onto the South Dakota and then back to the hub.

Screenshot of a flight booking sample with the new Scottsbluff – Pierre tag (Photo: AirlineGeeks | Screenshot from united.com by Joey Gerardi)

Another intra-state tag route for the carrier, this new flight sits at 92-miles and will be the only passenger route within the state of Nebraska.

The flight begins by flying to the further Nebraskan city of Kearney before heading to North Platte and finally back to Denver.

Although this is another intra-state route, flying within the state of Colorado isn’t out of the ordinary for the carrier as they fly to many ski-friendly destinations from their Denver hub throughout the year.

This route will fly from their hub to Grand Junction near the western border of the state, then southeast for about 55-miles to the Montrose Regional airport before heading back to their Colorado hub.

Yet another intra-state route, and again virtually unheard of that the carrier operates within the state of Utah as that is more the territory of Delta as they operate a hub in the state.

The flight will originate at their Colorado hub, then it’s first off to Moab via Canyonlands Field. After a stop in Canyonlands, the aircraft makes a 117-mile hop almost directly north to Vernal Regional before heading back to Denver.

This is the first of two intra-Wyoming routes the carrier will operate. Although intra-Wyoming passenger flights are unheard of now, it was common back when Great Lakes Airlines ruled the skies of the Rocky Mountains until their demise in early 2018.

The flight first fly’s to the Riverton Regional airport in the center of the state. From there the flight heads south 106-miles to Rock Springs via the Southwest Wyoming Regional airport near where the borders of Utah-Colorado and Wyoming all meet followed by the flight back to their Rocky Mountain hub.

The second of the intra-Wyoming routes will operate between two cities near the northern border of the state.

The flight will first make a stop in Gillette via the Gillette-Campbell County airport before heading to the Sheridan County airport just under 80-miles west of the previously mentioned city. 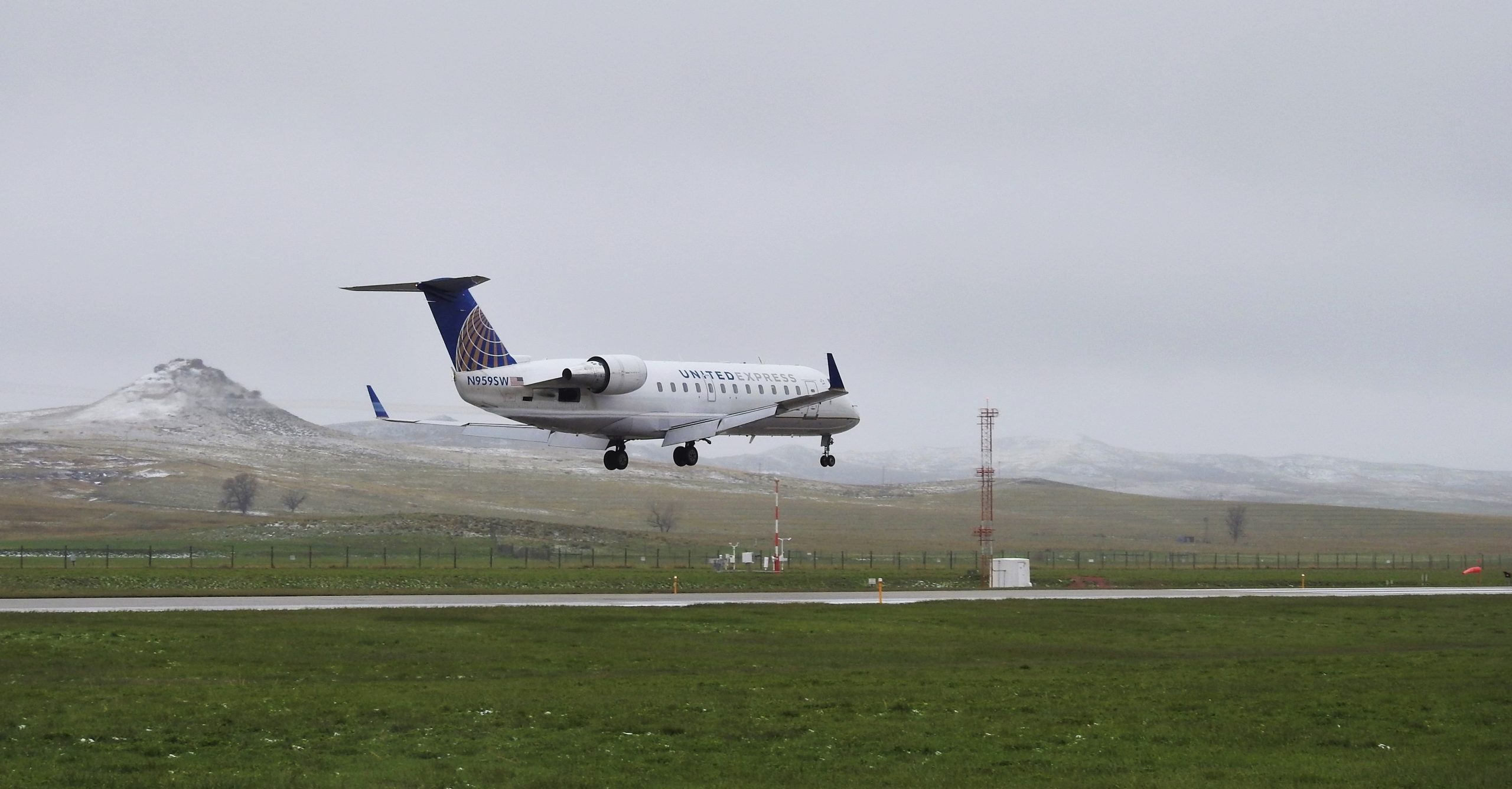 Cape Air operates a hub in Billings, Mont in the eastern part of the state to several EAS communities. The other intra-Montana flight was announced when Alaska reviled plans of a tag flights within the state.

The flight will stop at the Great Falls International airport before heading 67-miles to the Helena Regional airport.

All of these routes are unusual, to say the least, and the direction of the new tag flights could be reversed depending on the day of the week. Unfortunately, this is not the time to be adventuring out to fly on these new and odd flights.

Although the flight booking page does show “plane change,” it is expected that you will re-board the same aircraft and continue onto your destination.

The new tag routes begin on May 4 and will continue until at least mid-June but may be extended if the situation calls for it. The public is now able to book flights containing a tag, but are unable to book a nonstop flight solely between two non-hub cities without first stopping at a hub.

These routes are likely to evolve over the next few weeks and it’s likely that more tag routes could be added in the near future.

AirlineGeeks reached out to United for comment, but did not receive a response by time of publication. 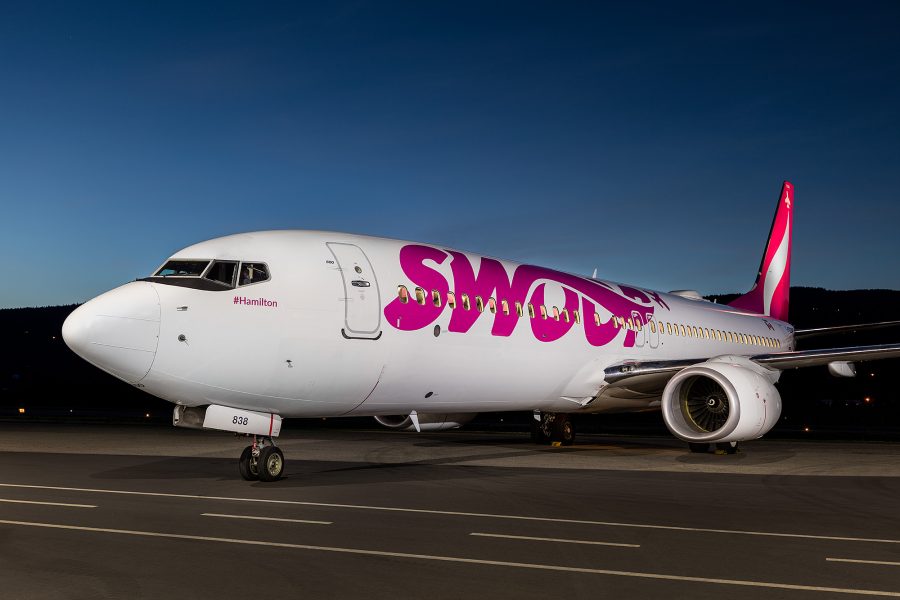 On Friday, Canadian ultra-low-cost carrier Swoop announced its second destination in the Caribbean from Toronto Pearson International Airport, growing its… 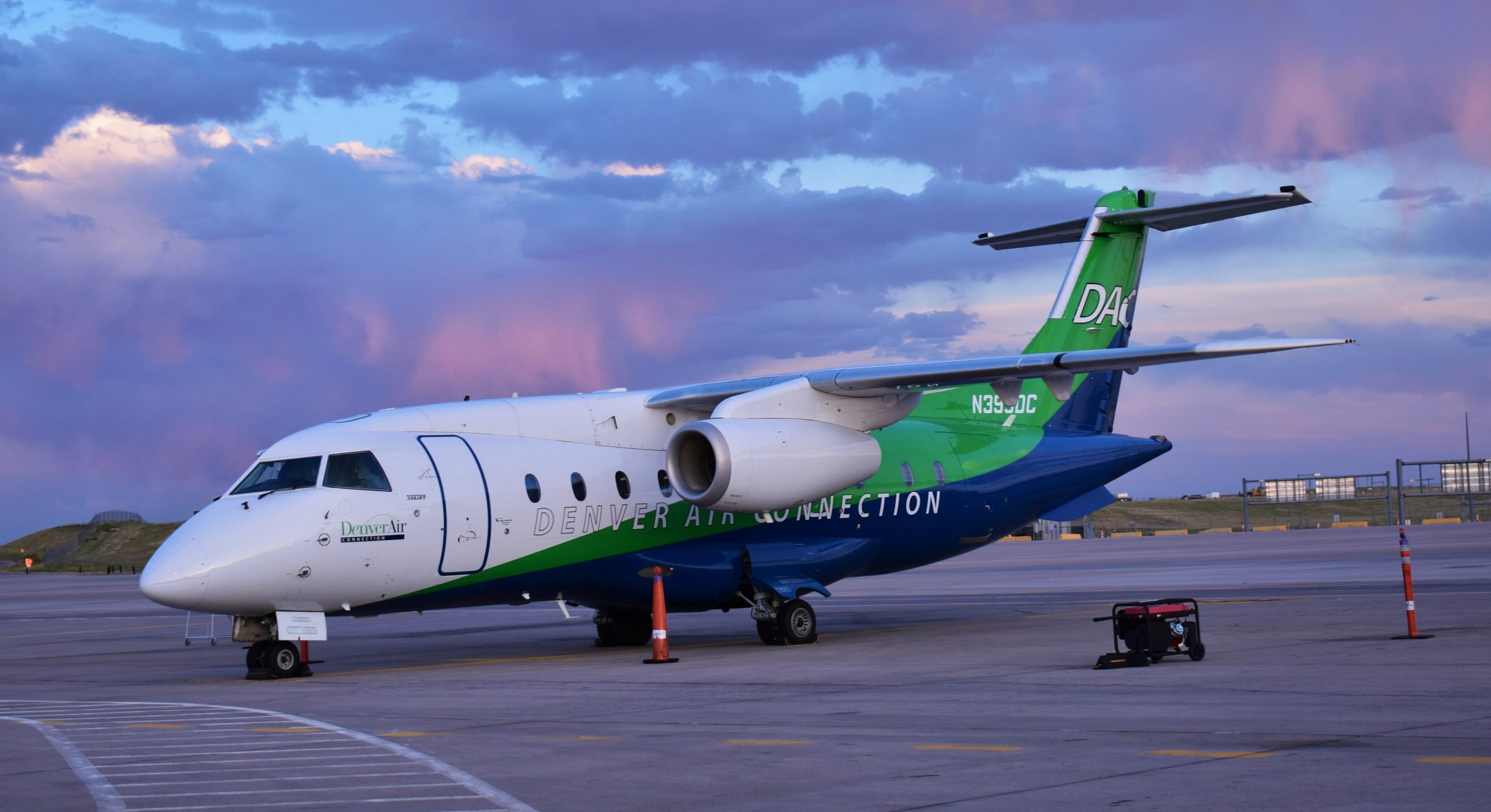 Not two weeks after announcing Phoenix and Ironwood, Mich. as destinations to be added to its route map, Denver Air…