The McDonnell Douglas MD-88 and MD-90 have officially exited Delta’s fleet after flying their last scheduled flights on Tuesday after being part of the active fleet and a steady workhorse for Delta for 33 years and 25 years respectively. The MD-88 and MD-90 will be replaced with newer, more efficient aircraft such as the Airbus A220s, A321s and A321neos.

However, the historical effects that played significant roles during some of Delta’s most challenging as well as successful moments for the airline will never be forgotten. The MD-88 and MD-90 were a major technological advancement of its time for the aviation industry.

Developed from its predecessor, the McDonnell Douglas MD-82, the MD-88 was encompassed with a cabin able to hold twice as many passengers, modernized engines and cutting-edge avionics. The aircraft also featured aerodynamic improvements including a redesigned nose cone. The MD-88 enhanced the passenger experience by offering a wider 22-inch aisle and handrails along the edge of the overhead bins for comfort and safety, respectively.

Its impactful and historical beginnings, which eventually paved the path to its memorable and well-deserved retirement, began in January 1986 when Delta placed its initial order for 30 MD-88s with the airline expecting 50 more. Eight of the airplanes were delivered as its predecessor before being modified to the MD-88’s more advanced flight deck in 1988.

The Atlanta-based carrier’s initial service commenced with four MD-82s in April 1987 serving 10 cities across the South, eventually leading to the arrival of the newly-assembled MD-88 in December 1987. Delta placed its first MD-88 into service on Jan. 5, 1988. The final MD-88 being delivered in December 1993, successfully completing the first part of the airline’s goal to provide the traveling public, with the latest and finest aircraft of the time period, which ultimately led to the MD-90. 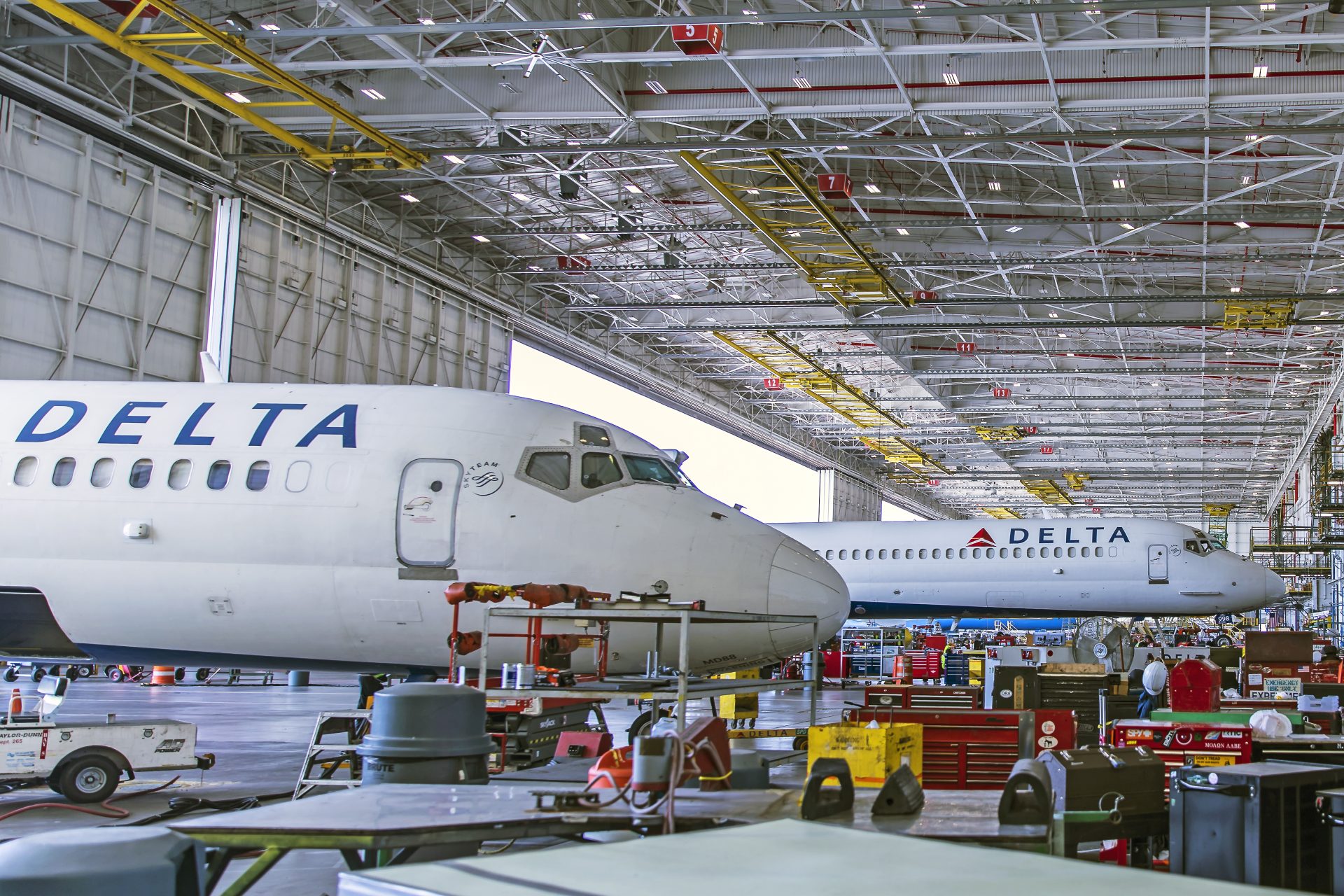 Delta was determined to be the launch customer for MD-90 in November 1989, after placing an order for 50 aircraft. The first MD-90 was delivered to the carrier on Feb. 24, 1995, eventually allowing them to be the first airline to fly the MD-90 on Apr. 2, 1995.  Dallas, Houston, Salt Lake City and San Diego are just a few among the many cities that Delta scheduled MD-90 service to/from Atlanta between April and September 1995. Furthermore, the bond between Delta and McDonnell Douglas grew with the agreement to create a new modification line for the MD-90 at Delta’s maintenance center in Dallas/Ft. Worth.

However, after the Recovery and Modification Services department staff worked on the line from Apr. 6-May 31, eventually McDonnell Douglas was bought by Boeing in August 1997. This ultimately led Delta to cancel the rest of its MD-90s and purchase the Boeing 737-800. Despite the cancellation, between 2009-2014, Delta expanded its current fleet by buying and refurbishing 49 MD-90s in an effort to cut costs to save at least $1 million, compared to buying new planes. The MD-90 was notable for saving fuel and carrying a larger load while minimizing environmental impacts through less noise and reduced emissions.

In addition, the thrust rating panel allowed the option to make the flight more economical or use more power for high altitude airports—the less power used the longer the engines would last between overhauls. The thrust for the MD-90 was 56,000 pounds, and 43,400 pounds for the MD-88. As a result, the MD-90 offered flexibility to perform exceptionally well at hot and high-altitude airports, which was crucial in the dynamic, aviation industry. 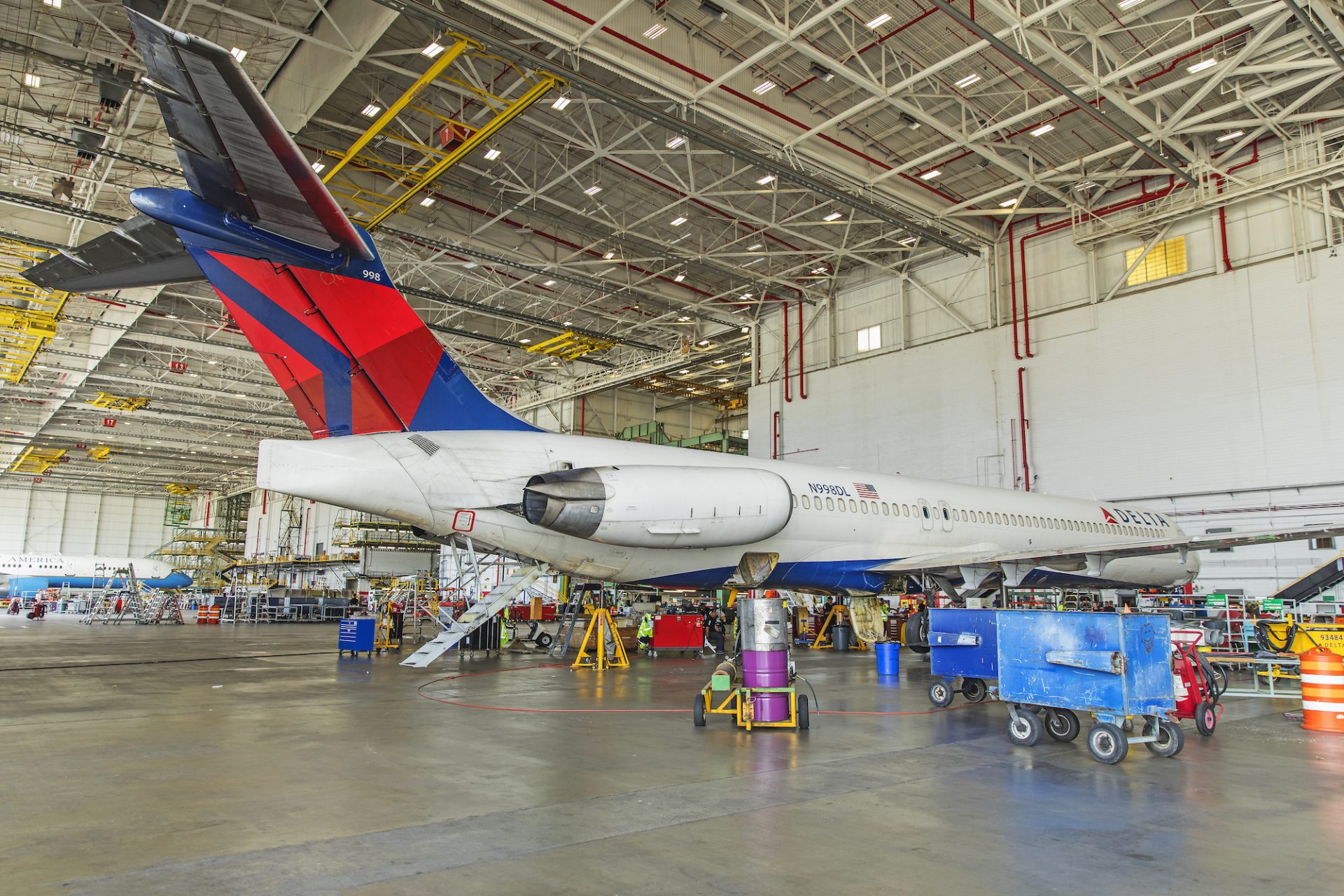 A Delta MD-80 in the hangar (Photo: AirlineGeeks | William Derrickson)

In the end, Delta owned 120 MD-88s and 65 MD-90s which flew a total of roughly 900 flights out of 3,000 per day. In Atlanta, the fleet accounted for almost half of all departures and arrivals. Now, as the airline continues to evaluate its fleet plan for the future, the MD-90 will be retired for the same reason it was brought into service, along with the MD-88 a couple of years earlier.

Onboard Delta Flight 88 from Washington Dulles to Atlanta

Delta’s last MD-88 flight was festively numbered 88 from Washington Dulles to Atlanta. The flight departed at 8:15 a.m., arriving an hour or so later into the airline’s hub. Less than 100 people, mostly aviation enthusiasts, filled the seats on the flight. 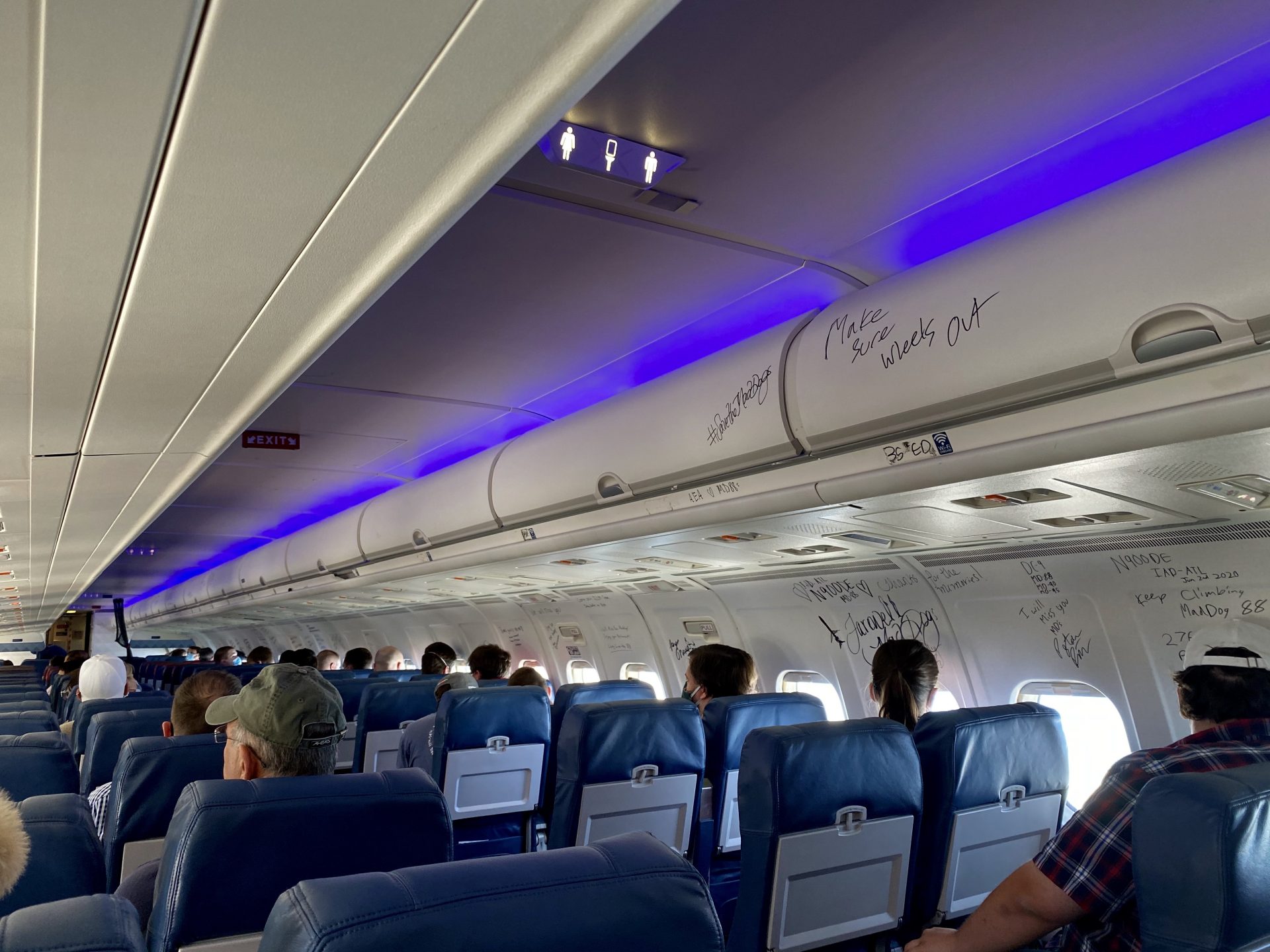 Inside the cabin on the final Delta MD-88 flight (Photo: AirlineGeeks | Ryan Ewing)

Delta flight 88 coupled with flight 90, from Houston to Atlanta, which was the last flight for the carrier’s MD-90 aircraft.

A whole contingent of aviation enthusiasts lined the windows in Atlanta to greet both flights. Onboard the crew gave heartfelt farewells to the airliner while passengers signed a safety card and parts of the aircraft’s interior.

“I love my job. I can’t imagine doing anything else,” said Delta Captain Carl Nordin after the flight, who is the carrier’s chief MD-80 pilot. Nordin discussed the unique characteristics of the MD-80 in his over 20-year tenure flying the jet. 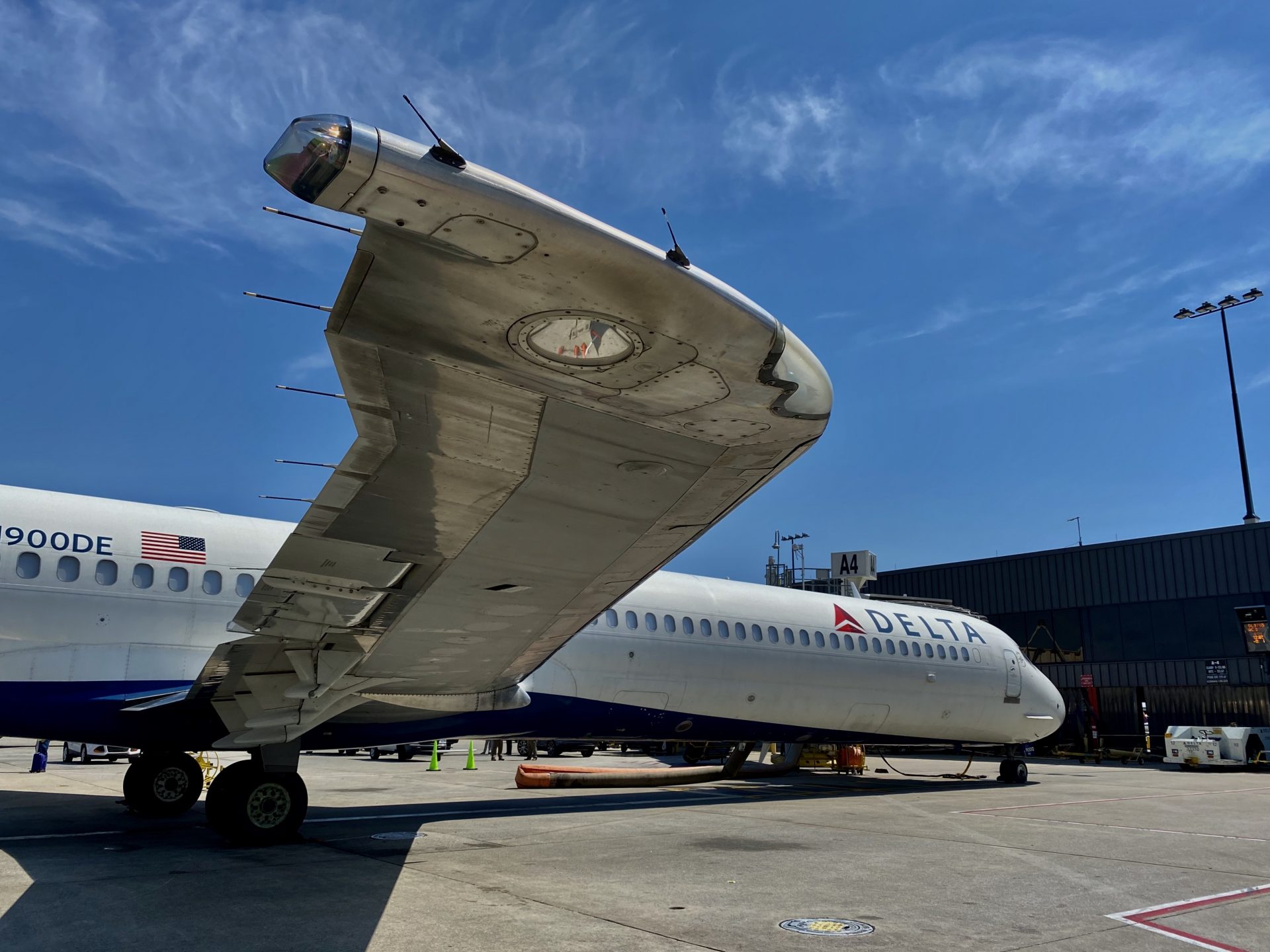 N900DE rests on the ground in Atlanta after the final flight (Photo: AirlineGeeks | Ryan Ewing)

Delta’s McDonnell Douglas fleet retirements come on the heels of the airline’s announcement to retire the Boeing 777 due to a downturn in travel demand.

Benjamin Pham
Benjamin has had a love for aviation since a young age, growing up in Tampa with a strong interest in airplane models and playing with them. When he moved to the Washington, D.C. area, Benjamin took part in aviation photography for a couple of years at Gravelly Point and Dulles Airport, before dedicating planespotting to only when he traveled to the other airports. He is an avid, world traveler, having been able to reach 32 countries, yearning to explore and understand more cultures soon. Currently, Benjamin is an Air Transporation Management student at Arizona State University. He hopes to enter the airline industry to improve the passenger experience and loyalty programs while keeping up to how technology is being integrated into airports. 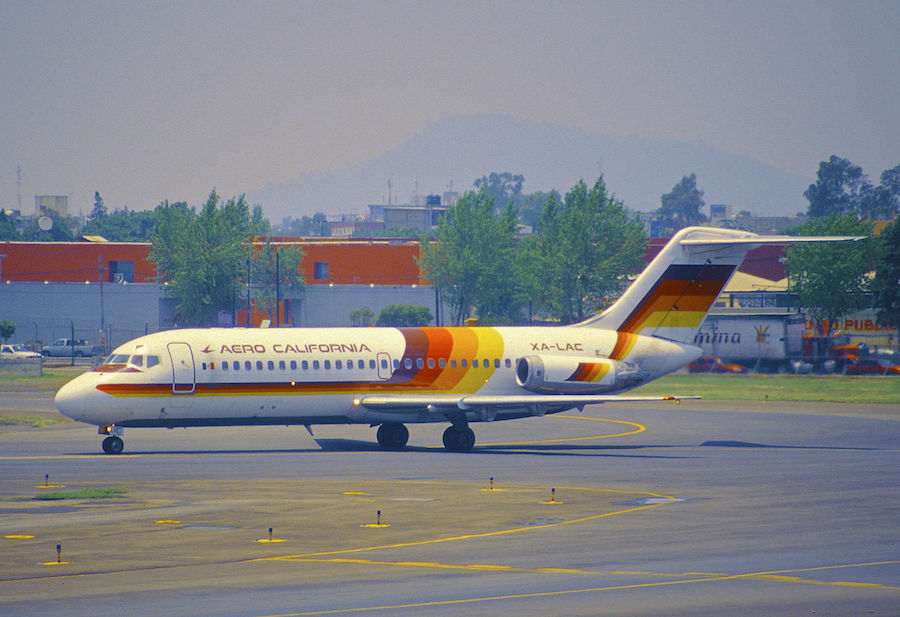 Aero California’s McDonnell Douglas DC-9s, Where Are They Now?

Aero California — an iconic low-cost Mexican airline — has been missing from the skies since 2008. Its yellow, orange…