The Big Three legacy carriers in the United States, including American Airlines, Delta Air Lines and United Airlines, will place substantial numbers of aircraft back into service in the coming months as demand for air travel continues to rise in the U.S.

American Airlines Group will take over 200 aircraft out of storage in June and July. It has reactivated 64 airplanes this month and has plans to add an additional 141 jets in July.

In addition to a number of narrowbody planes, June’s resumptions include 10 Boeing 777s and eight Boeing 787 Dreamliners. In July, American will add 58 Boeing 737s and 83 Airbus A320 family aircraft.

“Over the past few weeks, we reactivated 64 aircraft for June flying – 56 to support airline operations and eight to support cargo operations – 34 737 NGs, 12 A320 Family, 10 777s and eight 787s,” Brian Metham, a spokesperson for American, told AirlineGeeks. “On top of that, we’re excited to bring an additional 141 aircraft out of storage – 83 Airbus A320 Family and 58 737s – to support the increased domestic summer flying announced last week.” 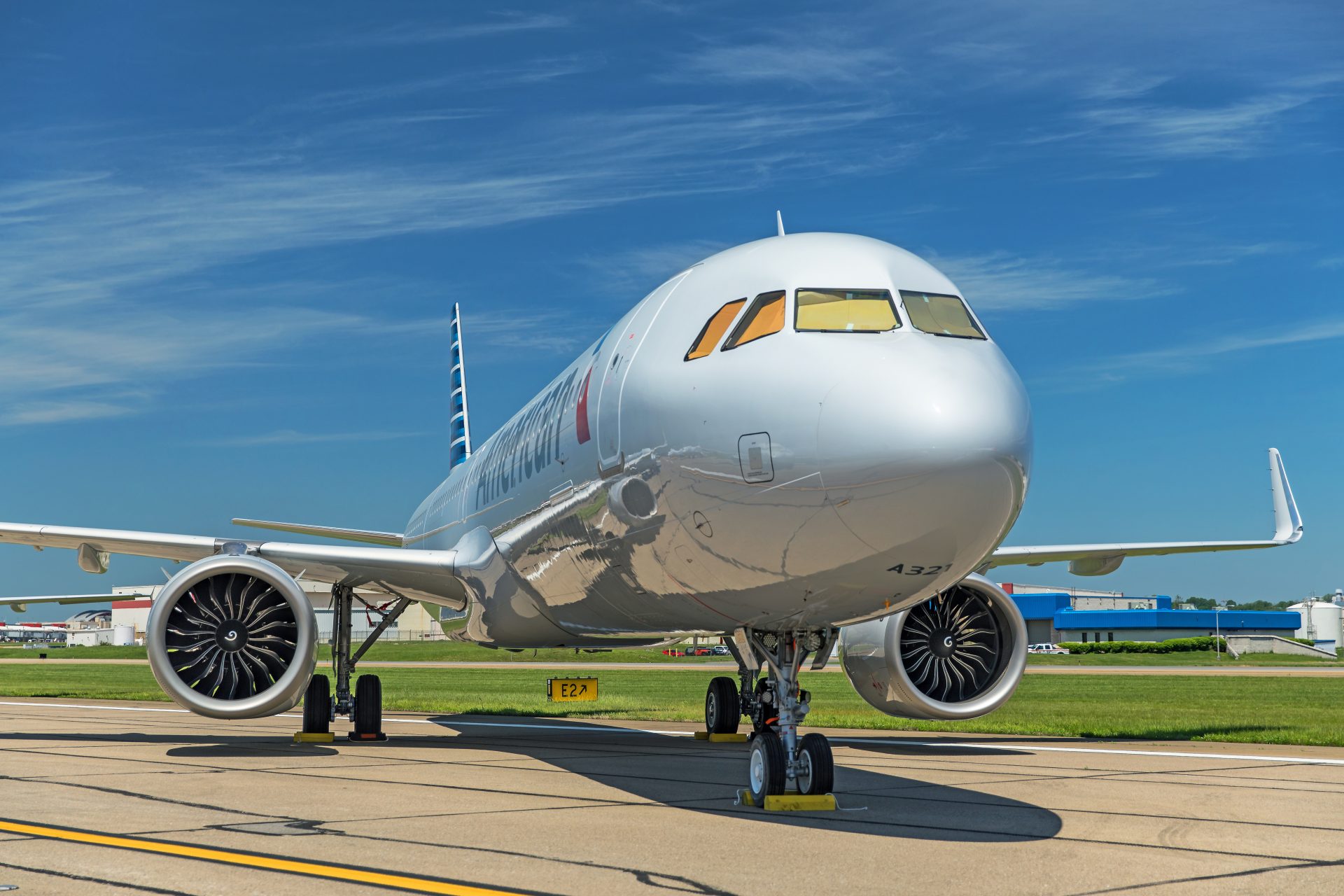 Last week, American announced significant schedule increases that will bring it to 40% of pre-pandemic levels, including a 55% revival of domestic services and a significant increase in international flights.

These resumptions represent almost half of the 435 aircraft that American had parked at the start of June, though the airline has also retired an additional 100 airplanes from its fleet since the coronavirus crisis began. The carrier plans to operate 4,000 flights on peak travel days in July, up from 2,300 in June. But these frequencies are still only half of what American flew on peak days pre-pandemic.

Meanwhile, Delta is bringing back an unspecified number of aircraft throughout the summer as demand increases. Additional aircraft will be needed to compensate for mandatory spacing rules the airlines has mandated; no aircraft will fly at more than about two-thirds full as a safety measure to inhibit the spread of the coronavirus.

“Delta has, and will continue to return aircraft to our active fleet throughout the summer months,” said Drake Castañeda, a Delta spokesperson, in an email to AirlineGeeks. “As air travel demands continues to pick [up], Delta is continually evaluating the number of aircraft being used to support the strengthened schedule and demand.”

“We are also mindful of our firm commitment to cap load factors on our flights which will continue on through the end of September,” Castañeda added. “As more and more flights begin to reach that load factor cap, additional aircraft will be brought online. These decisions are being made in real time.” 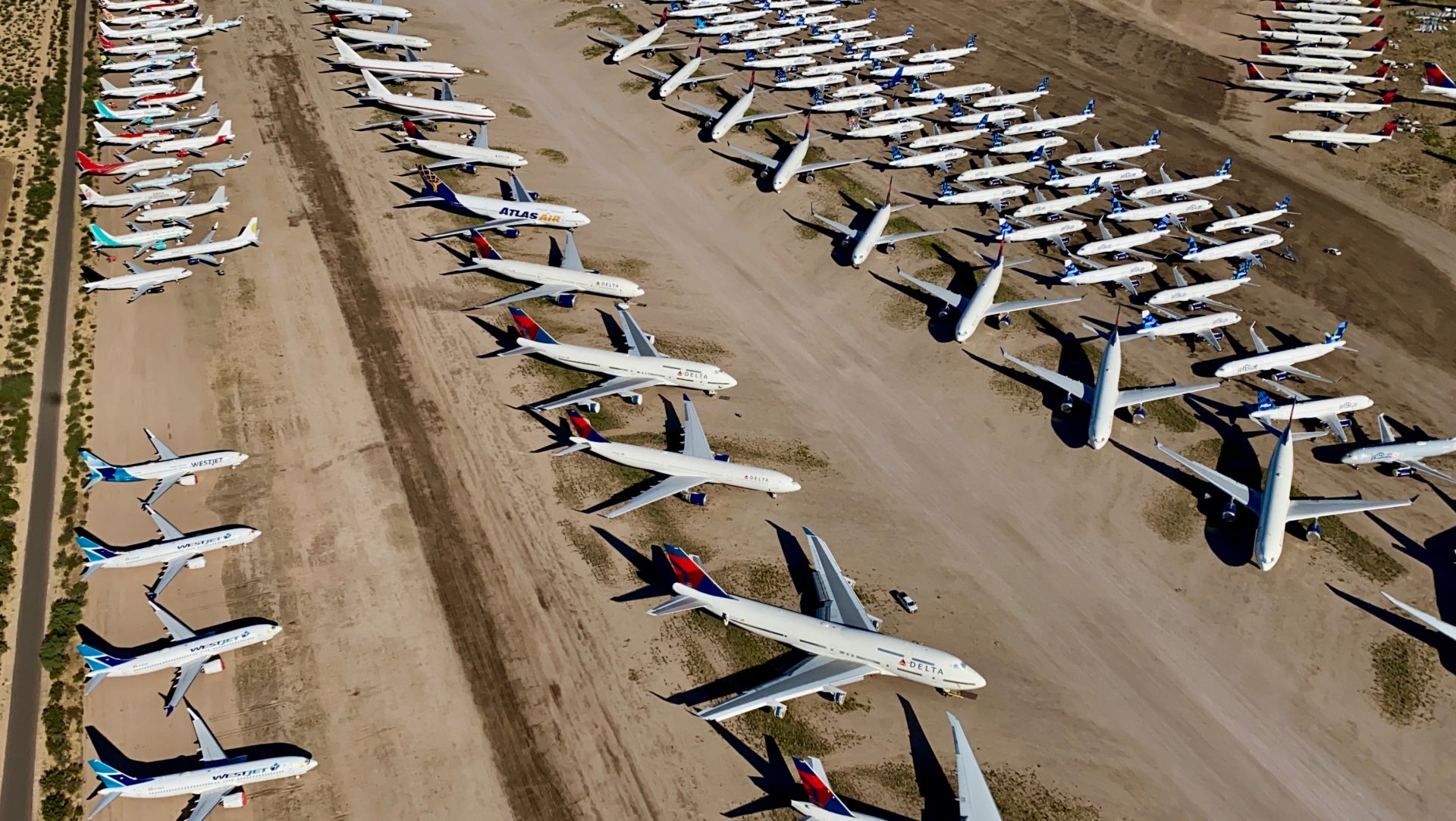 Delta will operate twice as many domestic flights in July as it did in May, an increase in frequencies similar to what American expects.

United is restoring 140 nonstop routes across the U.S. and to Canada in July. Domestic capacity will still be 30% of last year’s capacity at this time, but it’s up 13% from its lowest points. It will undoubtedly need more aircraft to fly those services, but it has not yet released a specific play for the aircraft it hopes to return.

“We’re evaluating our fleet mix to ensure we’re using the right aircraft for the routes we have planned in the summer months,” a United spokesperson told AirlineGeeks.

Other U.S. airlines besides these three are seeing significant passenger increases. Southwest Airlines has seen “modest improvements” in capacity so far in June. The airline expects that capacity and load factor will be between 45% and 55% and between 35% and 45% respectively, though such figures are a stark improvement from figures in April, which load factor bottomed out at 8%, and May, Barrons reports.

Southwest is also burning cash at a lower rate than other large carriers in the U.S. While American, Delta and United are burning as much as $40 to $70 million a day, Southwest said that its second-quarter daily burn rate averaged $25 million. The airline said it expects that to drop further to the low $20 million range in June. Southwest also has an estimated 20 months of cash and liquidity, allowing it to survive into 2022 if no improvements are made between now and then.

Southwest is also optimistic about the troubled Boeing 737 MAX’s return to service this year. Should the airline be able to fly the aircraft this year, it could have a significant advantage over other airlines still flying less-efficient aircraft, giving Southwest a slight competitive edge by offering it slightly-lower operating costs as it continues its recovery.

Meanwhile, Frontier Airlines last week announced the inauguration of 18 new nonstop routes, most of which originate in Florida, to be launched in June and July, a major vote of confidence in summer travel figures. It hopes to have its entire fleet operating in July 2020, and it says it can have most of its network restored over the summer, per CAPA Centre for Aviation.

Airlines like Southwest, Frontier, and Spirit, a third low-cost carrier in the U.S., could have a notable advantage over legacy airlines as the American market rebounds. Their simplistic aircraft and unified fleets make resuming services cheap since any pilots, cabin crew, and mechanics will only need to be up-to-date on one aircraft type, streamlining recency training and even potentially allowing a greater number of employees to return to work, albeit at reduced hours.

While other airlines are reintroducing aircraft, JetBlue is taking delivery of a whole new aircraft type this year. The carrier is taking delivery of its first Airbus A220 in December. While it isn’t as immediate as other airlines’ resumptions, it is still notable that an airline is taking new deliveries, no less of a completely new type for which crews and mechanics will need to be trained, during the coronavirus crisis. The airplanes will serve to replace the aging Embraer E190 fleet.

Airlines will undoubtedly continue to use planes for cargo-only services in the coming months. If additional supplies are needed in association with an expected increase in Coronavirus cases in the fall and winter months, a standard occurrence for the coronavirus family, aircraft may continue to be brought out of parking.

Carriers across the United States are beginning to capitalize on what seems like a faster-than-expected recovery in passenger counts. While international demand is still remarkably low, domestic travel has seen relatively substantial recovery since the coronavirus crisis exploded in the country in early 2020. The Transportation Security Administration screened 430,414 passengers on Sunday, the highest number since March 22. But current figures are still between five and eight times lower than what TSA screened a year ago.