One Unique 747 Retires While Another Flies Again

In an aviation world, where the number of large-capacity aircraft are becoming fewer and fewer, it is always a somber day to see even more retired. Unfortunately, another operator of the 747 has retired its final so-called Queen of the Skies. After nearly 30 years of operating variants of the Boeing 747 family, Corsair International retired its final 747-400. The final aircraft left Paris’ Orly Airport on June 15.

Paris-based Corsair has operated every variant of the 747 family, except the 747-8 since it took delivery of its first 747-100 in 1991. The airline operated 23 different 747s across its history and had three active in its fleet until the aviation industry was ground to halt due to COVID-19. The airline had originally planned to retire its remaining 747s by mid-2021, however, the decision was made to speed up the retirements due to its poor financial situation during the crisis.

The retirement will also mark Corsair’s transition to an all-Airbus fleet. The airline is left operating a single Airbus A330-200 and 3 Airbus A330-300 aircraft. It also has plans to lease a handful of A330-900neos. Before the onset of the coronavirus epidemic, the carrier had planned on operating a fleet of 13 Airbus A330s by 2023.

To some, Corsair’s 747s may have no special meaning, considering the airline is a small, French leisure airline however, they were arguably some of the most interesting 747s in the world. The final 747 in Corsair’s fleet, F-GTUI, was originally delivered to United Airlines in August of 1992. Corsair acquired the aircraft in April of 2005. 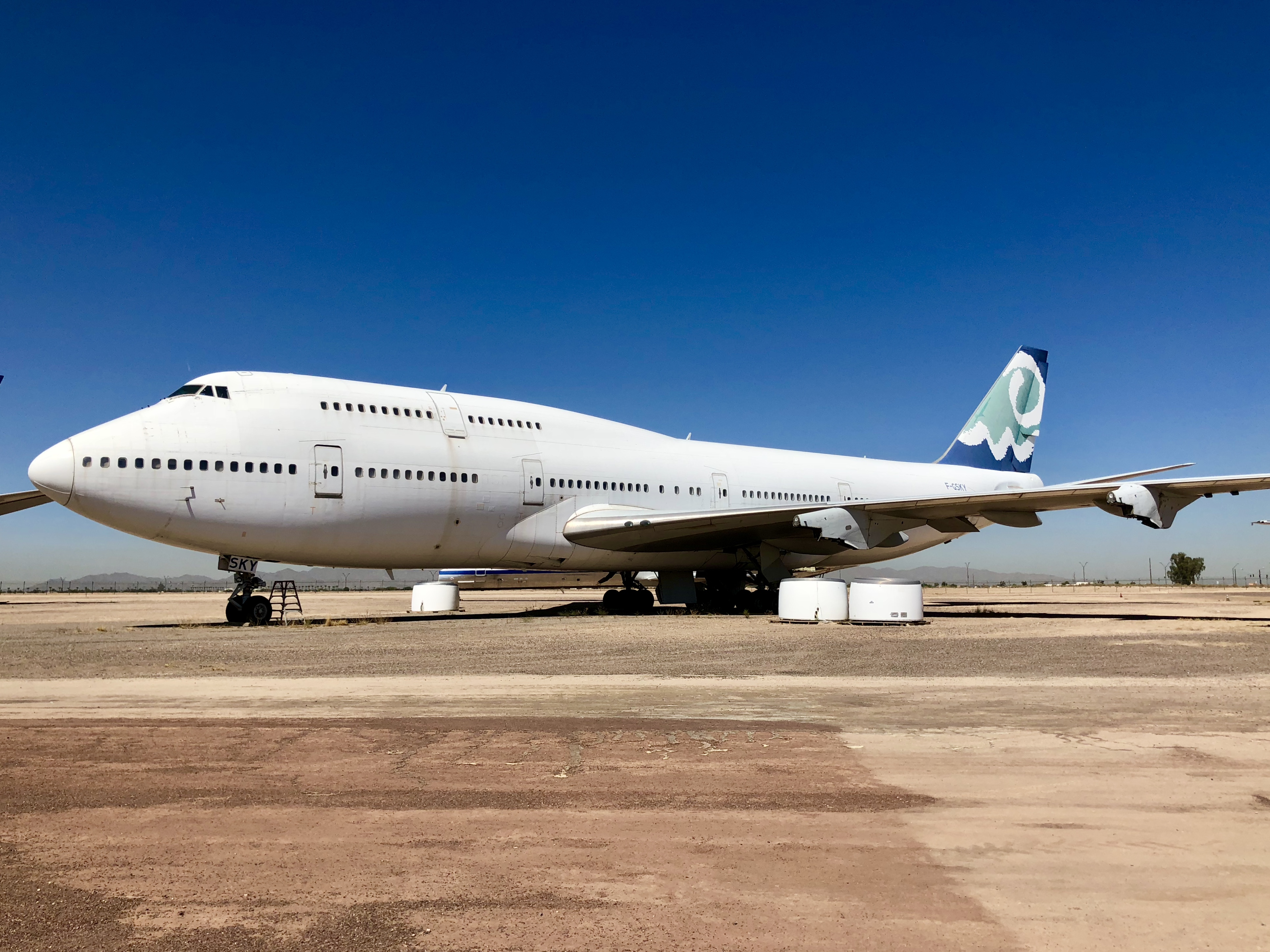 Upon retirement, the fleet of three 747-400s stayed in the 521 seat configuration which included 12 business class seats, 18 premium seats, 46 economy plus seats and 445 regular economy seats. The business and premium seats were on the top floor of the aircraft with all of the economy seats featuring on the main deck. The airline marketed its business seats as fully-flat; however, according to its own fleet specifications, the seats maximum recline was 164 degrees, which is short of the traditional 180 degrees that is considered a flat-bed.

While June 15 marked the end of the era for one 747-400, it also saw the reactivation of another 747-400. British Airways who had stored all of its 28 747-400s due to reduced demand, flew a flight with the 747-400. While not a passenger flight, the airline moved G-BNLY, famously painted in the airline’s Landor Retro Livery, from Bournemouth, England to Cardiff, Wales. 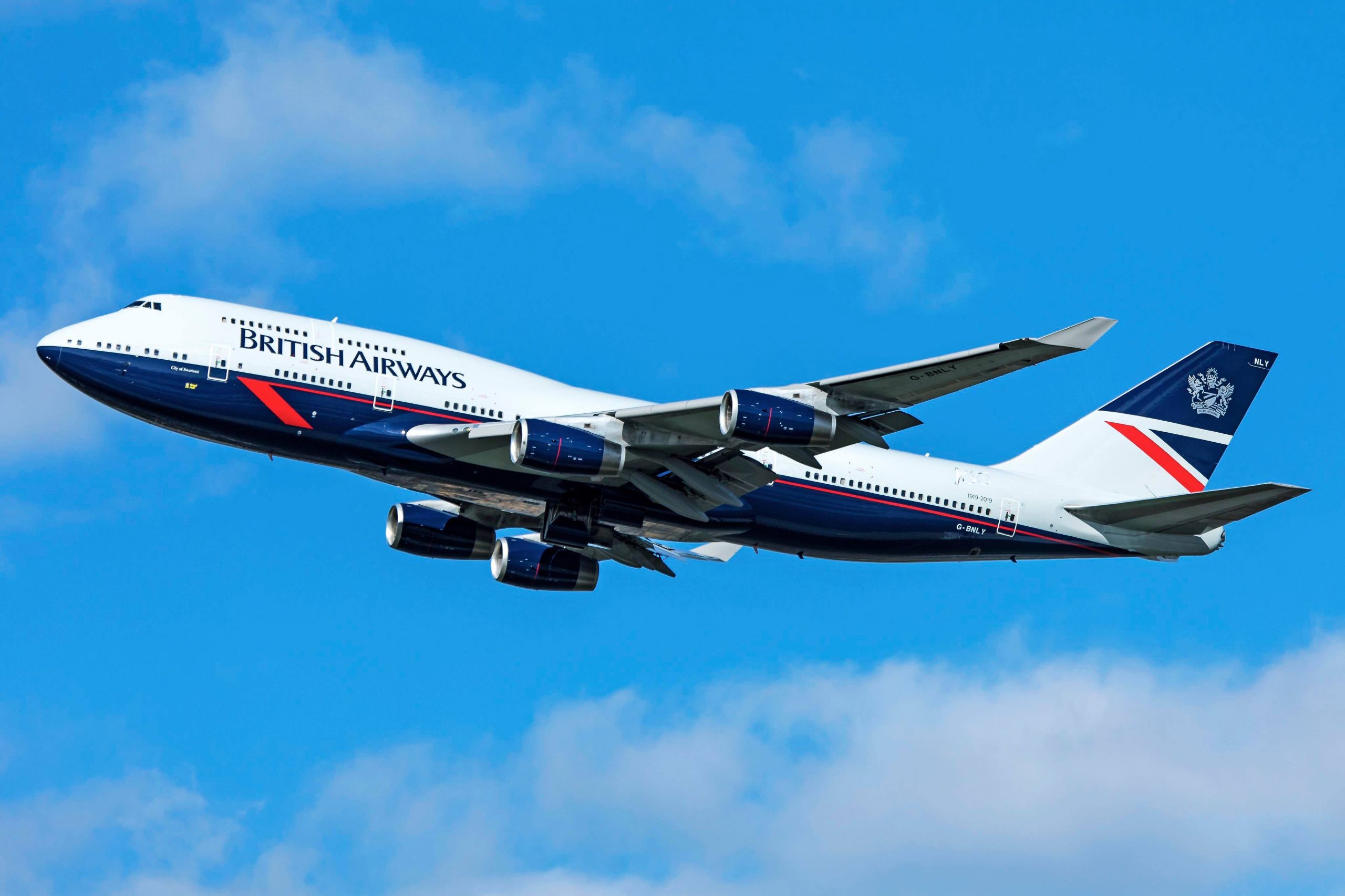 The British Airways Negus 747 seen inflight prior to being grounded as a result of the COVID-19 crisis. (Photo: AirlineGeeks | William Derrickson)

The specific aircraft had been stored in Bournemouth since March 31st. Although the reason for the short ferry flight is unknown, Cardiff is home to British Airways Maintenance Cardiff, one of the main bases for maintenance for the airline’s long-haul fleet. The movement of aircraft from storage locations to maintenance bases has been a common theme for airlines as they prepare to return them to service as demand continues to rise.