A Virgin Australia 777-300 rests at LAX before its next flight. As part of its restructuring, the airline is retiring its 777 fleet and halting long-haul routes.(Photo: AirlineGeeks | William Derrickson)

On Wednesday Virgin Australia announced its restructuring plan after filing for voluntary administration in April, the airline revealed in a press release.

The carrier is resetting itself to meet the drop in demand both in Australia and around the world. Through its review, the airline has anchored its recovery plan around six key points: overhauling the cost-based and simplifying operations; focusing on customer value; harnessing culture; investing in new digital and data technologies; building a strong balance sheet and focusing on jobs and future growth.

In the short-term, the airline is cutting its workforce down to 6,000 people with hopes to increase to 8,000 when the aviation industry recovers; 3,000 jobs will be immediately impacted across its operational and corporate departments. But the airline also says that it hopes to preserve as many jobs as possible while building a viable airline for the future.

Employees that are on standby until demand returns or who take leave without pay will continue to receive government JobKeeper payments until March 2021. Redundant employees will have entitlements honored and will receive a two-year extension of employee travel benefits. The airline has begun negotiations with unions to discuss plans to retain as many jobs as possible including options such as include voluntary redundancy, redeployment, leave without pay and flexible work arrangements.

Still, the carrier couldn’t guarantee that there won’t be further job cuts in the future if demand dictates. But unions have celebrated that Virgin is committed to remaining a full-service airline.

“This has not been an easy process and Virgin workers have worked hard to ensure that instead of going down the route of a low-cost model where more jobs might have gone, Virgin will be able to retain its place in the market and hold onto the vital experience and skills of many of its workers,” Michael Kaine, Transport Workers’ Union’s (TWU) national secretary, said in a statement.

“The TWU and other unions have made the case for the maximum number of jobs at the airline and to ensure that it retains the elements that make it competitive and an important option for the traveling public, such as its maximizing jobs, retaining regional operation Vara, tiered cabin classes, airport lounges and the airline’s international arm,” he continued.

“Today is the day Virgin workers are processing the news about job losses which will be devastating for some and their families,” a TWU statement read. “We will be supporting them over the coming days and weeks.” 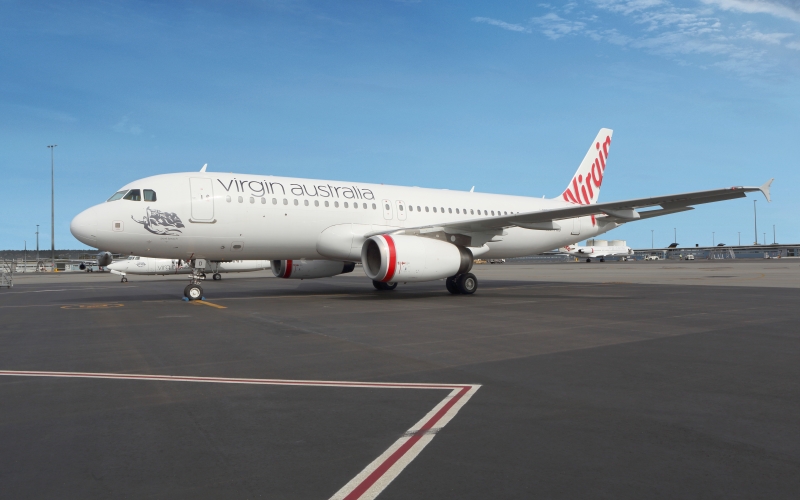 Virgin Australia will focus more on maintaining and growing its domestic route network as well as select short-haul international routes. Although its network is currently depressed, the carrier says it will continue adding destinations and frequencies as demand and national economic output recovers from the worst of the coronavirus crisis.

Virgin Australia is also simplifying its fleet to operate with only a Boeing 737 aircraft. While it says it aims to retain its regional and charter fleets, it will review options at Virgin Australia Regional Airlines. It is also cutting the ATR, 777, Airbus A330 and A320 aircraft from its fleet, the latter of which was operated by the Tigerair brand. With the announcement, the airline also said it is suspending long-haul international operations until the global travel market recovers.

“We’ll continue to service 18 of the top 20 regional ports through 737 coverage,” Scurrah said on a conference call with reporters, per ABC. “But it does mean, because we’re exiting the ATR, there’s quite a few routes that we will not be continuing with. We are currently reviewing options to continue servicing those routes previously flown through a number of different mechanisms.”

Virgin Australia’s ATR’s currently fly to Canberra, Tamworth, Port Macquarie and Albury. Canberra is the most likely to get 737 services, but the other destinations will either be contracted to other airlines or cut by Virgin Australia altogether.

“Our initial focus will be on investing in the core Virgin Australia domestic and short-haul international operation alongside our 10-million-member strong Velocity Frequent Flyer program, continuing to offer an extensive network of destinations, a domestic lounge network and value for money for customers,” Scurrah in the airline’s statement.

The Tigerair Australia brand is also being retired. Virgin Australia says “there is not sufficient customer demand to support two carriers at this time.” Its Air Operator Certificate will be retained so Bain Capital, Virgin Australia’s new owner, can have the option to restart ultra-low-cost operations as the aviation market recovers.

Virgin Australia is emphasizing its commitment to regional and charter flying, but its statement says it needs to plan for a “stronger, more profitable and competitive” airline as it, and its market, recovers.

Virgin Australia Group as a whole has committed to investing in re-platforming its airline and frequent flyer program, enhancing both the passenger and employee experience. The Group says that will also boost its pace of return to profitability and recovery from administration “worthy of an investment-grade rating.”

“Demand for domestic and short-haul international travel is likely to take at least three years to return to pre-COVID-19 levels, with the real chance it could be longer, which means as a business we must make changes to ensure the Virgin Australia Group is successful in this new world,” Scurrah said.

“Even when we do see a return to pre-COVID-19 levels of travel, successful airlines will be influenced by demand and look very different than the way they did previously, requiring long-term capital, a lower cost base and be more focused on providing exceptional experiences through a combination of great people and world-class technologies,” he continued. 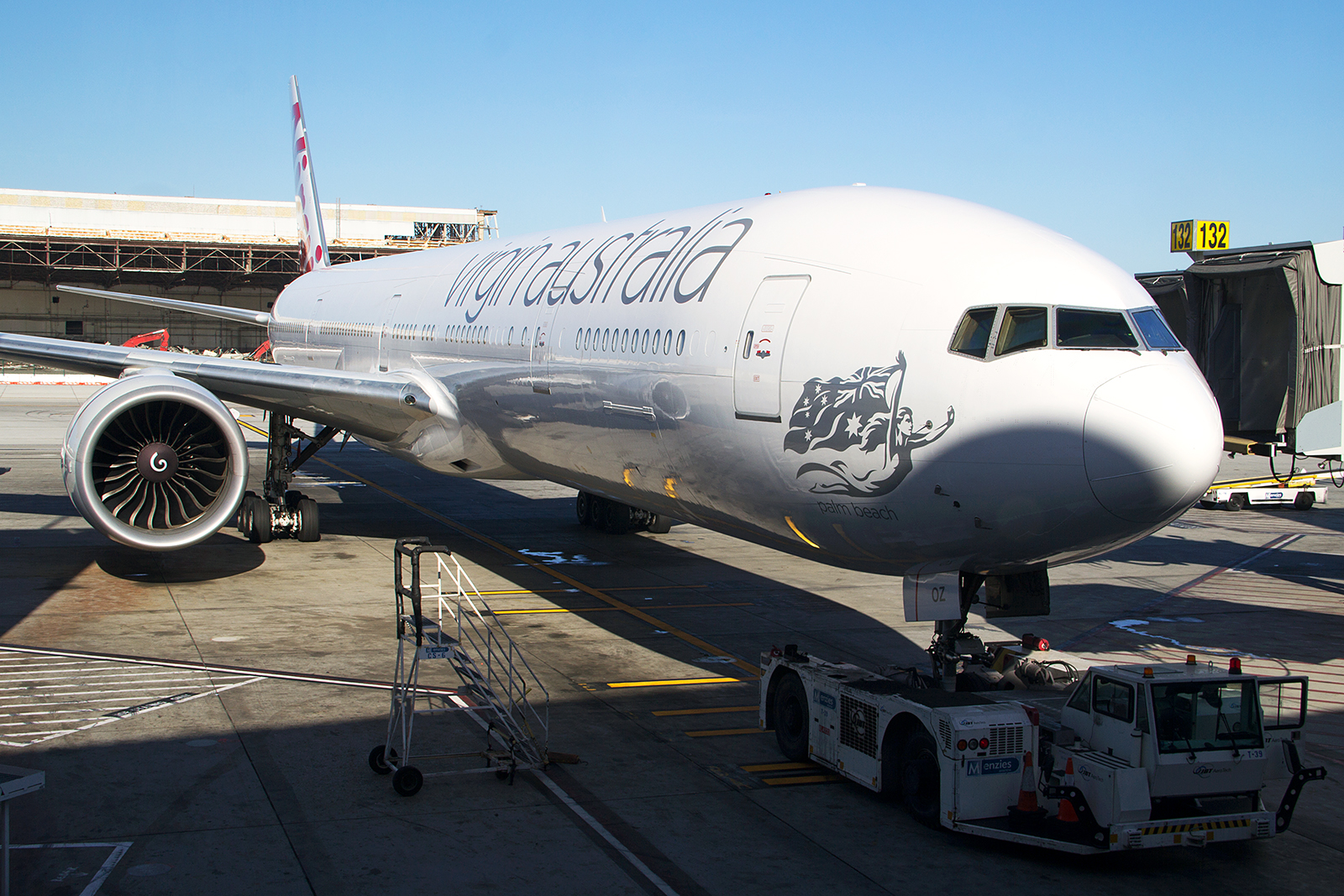 While Virgin Australia is slashing all its long-haul operations, it is retaining some short-haul international routes as coronavirus recovery continues.
(Photo: AirlineGeeks | William Derrickson)

“Our initial focus will be on investing in the core Virgin Australia domestic and short-haul international operation alongside our 10-million-member strong Velocity Frequent Flyer program, continuing to offer an extensive network of destinations, a domestic lounge network and value for money for customers,” Scurrah said. “Our [employees] have shown incredible resilience under tough circumstances. They are what set the Virgin Australia Group apart and make us so unique. We hope to welcome many of them back as we start to grow again in the future.”

Virgin Australia’s current plan will keep it alive for now, but there are still questions of if it will ever be able to truly compete with Qantas. Virgin Australia had posted years of losses even before the coronavirus pandemic with debts of several billion dollars. Bain Capital also bought Virgin Australia with borrowed money, and while its expertise can help the airline survive, it is still unclear if that could add more burdens to Virgin’s books.

Virgin Australia filed for voluntary administration in the spring after failing to receive government support. It was bought by Bain Capital in June.

Its announcement comes hours after Virgin Atlantic, another member of Virgin Group, filed for restructuring in the U.K. and Chapter 15 bankruptcy protection in the U.S. Virgin Atlantic has offers from multiple creditors and investors that will offer at least 1.2 billion pounds over the next 18 months to stay afloat.