Aircraft in storage in May. (Photo: AirlineGeeks | Ryan Ewing)

EASA Warns Against Pitot Tube Blockage Due to COVID-19 Storage

The European Union Aviation Safety Agency (EASA) issued a safety bulletin following “an alarming trend in the number of reports of unreliable speed and altitude indications during the first flights following the aircraft leaving storage,” as the agency states.

EASA warned the airline operators and maintenance organizations against pitot tube blockage causing airspeed and altitude errors after the aircraft return to service from COVID-19 storage.

According to the safety agency, pitot-static issues are caused by the accumulation of foreign objects, such as insect nests, in pitot tubes and static port orifices, leading to several rejected take-off and in-flight turn-back events.

In some contamination cases, the foreign objects accumulated in multiple air data information systems even when the protective covers were installed.

“The risk of such contamination was increased, if the aircraft storage and de-storage procedures were not completely or improperly applied at the beginning, during or at the end of the storage period,” warns the agency in the safety bulletin.

Pitot static systems provide critical air data information to the aircraft and the pilots during flights. Therefore, EASA recommended the airline operator and maintenance companies to cautiously follow the maintenance instructions designating the cleaning and inspecting of the pitot-static system as the aircraft return service after storage.

The agency has also reminded that the relevant companies and institutions should follow EASA’s guidelines defining the procedures related to the return to service of aircraft that have stayed in storage for several weeks or months due to COVID-19. 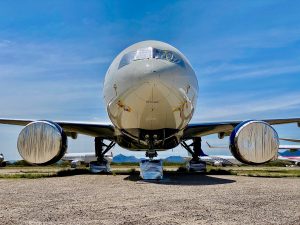 EASA says that there is an alarming trend in the number of reports of unreliable speed and altitude indications as the aircraft perform their first flights after a long storage period, giving no details as to numbers of reported events. However, there are a few pitot-static system error related incidents that were reflected in the press.

The United Kingdom’s Air Accidents Investigation Branch (AAIB) reported that on June 16 a Wizz Air UK Airbus A321, registration G-WUKJ, was departing from Doncaster Sheffield Airport to London Stansted Airport, for its first flight after long a term storage. The aircraft’s crew had to reject take-off at high speed due to unreliable airspeed indications. G-WUKJ slowed safely and returned to the apron without further incident. AAIB rated the event as a serious incident and opened an investigation, AvHerald reported.

On May 22, a Wizz Air Airbus A320-200 registered as HA-LWI was performing a scheduled flight from Romania’s capital Bucharest to Sweden’s capital Stockholm when the crew was forced to stop climb at 3,000 feet as the aircraft had issues with the airspeed indications. The pilots decided to burn fuel and return the aircraft back to Bucharest Otopeni Airport.