Qatar Airways joins Air New Zealand and Emirates in announcing that it will halt flights to Argentina. The three airlines confirmed that operations will not be resumed to the South American country even after the restrictions for commercial flights ends.

Then, earlier this month, Emirates announced that it will suspend operations between Dubai, United Arab Emirates, and Buenos Aires, Argentina. As announced by LaNacion, the Arab carrier anticipated that this route may be resumed if “it is commercially and operationally feasible.”

Finally, Qatar Airways announced this week the cancellation of its flights from Doha, Qatar to Buenos Aires, Argentina, and became the third international airline to stop flying to Argentina since the COVID-19 pandemic began. According to Infobae, The Qatari carrier operated a daily flight from Doha, Qatar to Ezeiza International Airport in Buenos Aires, Argentina, via Sao Paulo.

The International Air Transport Association (IATA) published a study on the ‘Value of Aviation in Argentina’ in October 2019, where transport has the power to connect this country with 58 international destinations around the world through its 331,200 landings and takeoffs per year. 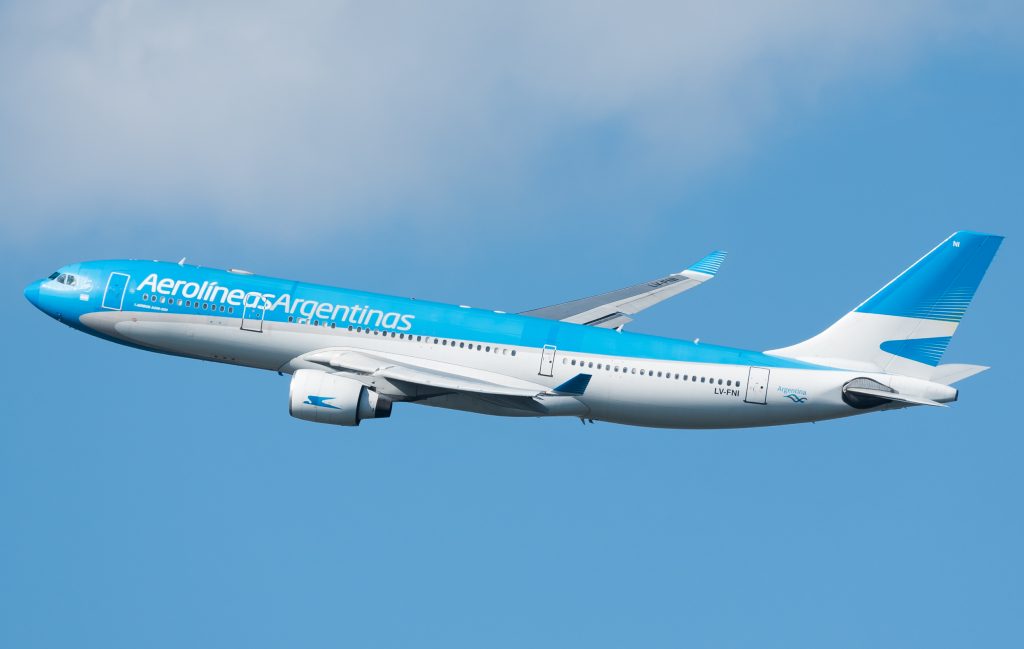 Argentine commercial aviation generates 2.1% of GDP, equivalent to about $12 billion per year of added value, also including the spending of foreign tourists in the country for about $5.1 billion per year.

The industry generated about 81,000 direct jobs and a total of 329,000 jobs adding direct and indirect ones.

Since March 20, the Argentine aviation industry stopped due to the COVID-19 pandemic, and there is no security that operations will be resumed in September as announced by the Minister of Transport, Mario Meoni, who recently put that promise on stand by and there is still no official date defined for the return of regular flights.

As announced by Infobae, Mario Meoni stated that it will be analyzed with the Minister of Health, Ginés González García, to set a date for the resumption of flights.

The first carrier to suffer this crisis was LATAM Argentina. As announced, LATAM’s Argentine branch closed leaving around 1,700 people without work. Latam Argentina was the second-largest airline in Argentina, having carried 2.5 million passengers domestically and owning 16% of the Argentine market.

According to El Cronista, carriers such as Air Europa, Air France, KLM, JetSMART, American Airlines and Aerolíneas Argentinas, submitted a request to the National Civil Aviation Administration to enable special flights with no touristic purposes, such as repatriations, expatriations or for study or work reasons, without having an answer yet.

The current situation of Argentine aviation is worrying. There is no date for the resumption of the operations, which has led to a national airline to close permanently as well as large international airlines stopping operations to the country.