Essential Air Service: What It Is and Why It’s Needed

Every year, people around the country pay their taxes and begin to complain about which government programs are necessary and which are not. And every year the same question comes up: why does the government shell out millions of dollars in federal aid to airlines in order to fly — in some cases empty aircraft — to cities nobody has ever heard of? Because it’s essential.

Essential Air Service has played an interesting role in this country since the beginning. The Airline Deregulation Act of 1978 granted airlines the ability to determine which domestic cities they wished to serve and at what price.

This caused many small communities around the country to worry about whether or not they would still have air service. Without air service, citizens of these small communities would be forced to drive many hours to a larger airport to travel or to seek medical care from facilities in bigger cities.

Congress agreed this was a problem and came up with a solution. The answer was the Essential Air Service — or EAS — program within the Airline Deregulation Act. Since then, this program has ensured continuous air service to small communities that would not normally see any commercial air service.

Of course, with the government giving out money for air service, many cities applied. But not every city that applies for EAS service receives it or is even eligible for it. All communities in the EAS Program must meet certain criteria in order to be eligible for it and must meet all requirements every time they re-apply for it. The basic three requirements are as follows:

The 70-mile rule was put into effect as part of the Department of Transportation and Related Agencies Appropriations Act of 2000. EAS communities in the states of Alaska and Hawaii are exempt from these above rules.

Each community must continue to not violate the three basic guidelines of the EAS program. Over time, some cities do lose eligibility to be in the EAS Program as they fail to meet one or multiple of the requirements to qualify. When cities fail to meet one or more of the guidelines, they can apply for a waiver to exempt them from a rule. But those are not always granted, which results in cities losing EAS funding, at which point the current carrier can continue to serve the community without funding, or stop service to the city. Nine out of 10 times the carrier ceases service.

Both communities petitioned to the Department of Transportation (DOT) to review their mileage determinations. These reviews were based on certifications from the governor saying that the “most commonly used route” is more than 70 miles from their communities. An exemption was granted and the DOT reinstated EAS eligibility for both communities in 2000. Lancaster continues to receive EAS funding under the “the most commonly used route” standard to this day. Hagerstown did lose their eligibility and lost funding in October of 2019, and EAS service was ceased that month.

In 2017, four communities failed to meet the average 10 daily enplanements. Three of the four communities were given waivers and permitted to stay in the EAS program. The community of Jamestown, N.Y. was not given a waiver, and the EAS funding service ended on Jan. 16, 2018, and airline service to the airport ended. The community hasn’t seen a commercial flight since.

Muskegon, Mich. is an interesting case. The small southwestern Michigan airport is roughly 180 miles from both Chicago airports, Midway and O’Hare International, and 190-miles from Detroit, so they definitely qualify for the time being.

The small Michigan airport is only 48 miles from much larger Grand Rapids Airport. While the city of Grand Rapids is large, it has not yet passed the number of enplanement to qualify it as a “Medium Hub.” According to the Federal Aviation Administration, to qualify as a Medium Hub, the airport must “receive 0.25 to 1.0 percent of the annual U.S. commercial enplanements.” The airport was about to reach that major milestone, but COVID-19 hit, and the enplanements all over the world plummeted.

While this was a major hit to the Grand Rapids airport, COVID-19 actually saved Muskegon from becoming ineligible for EAS funding. But as passenger numbers begin to pick up and Grand Rapids nears that status, Muskegon will once again be at risk of losing EAS eligibility. 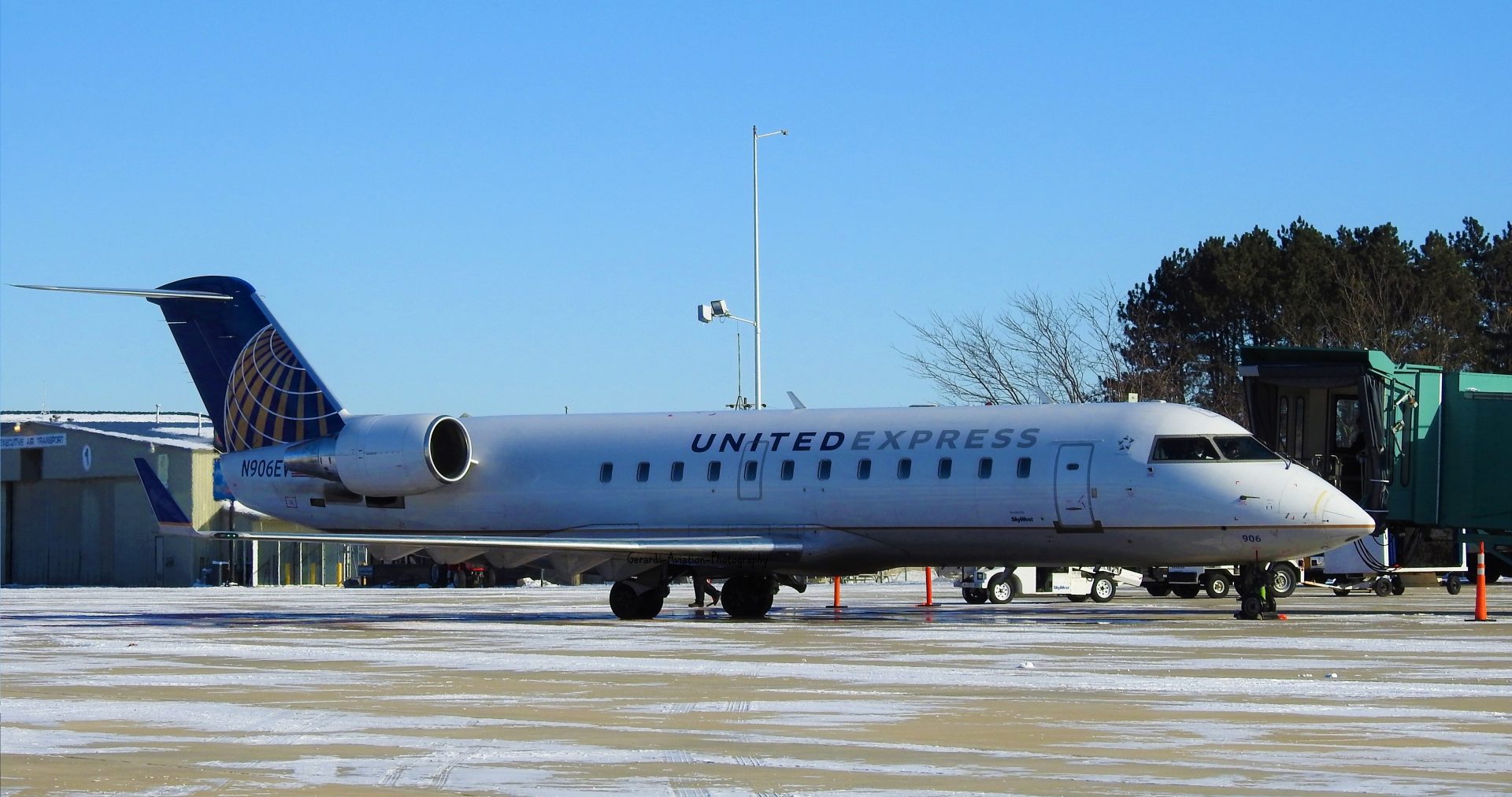 Every EAS contract goes through a specific selection process. When an EAS contract is up for renewal the Department Of Transportation issues a request for proposals (RFP) to all scheduled carriers and opens it up to the airlines to submit bids to serve the community for either the next two or four years, depending on the contract.

It is then up to the airlines whether they choose to submit a proposal to serve that community. Some EAS contracts get as many as four or five airlines bidding as seen in recent months from the EAS contract in Manistee, Mich., where the community received bids from Air Choice One, Boutique Air, Cape Air and Southern Airways Express.

While some airports will always get multiple bids, some communities will only get one airline bidding for the contract. This is a frequent occurrence in Saranac Lake, N.Y., where Cape Air has been the sole bidder for the contract for the last two rounds of rebidding and the sole carrier in the region for at least the past eight years. 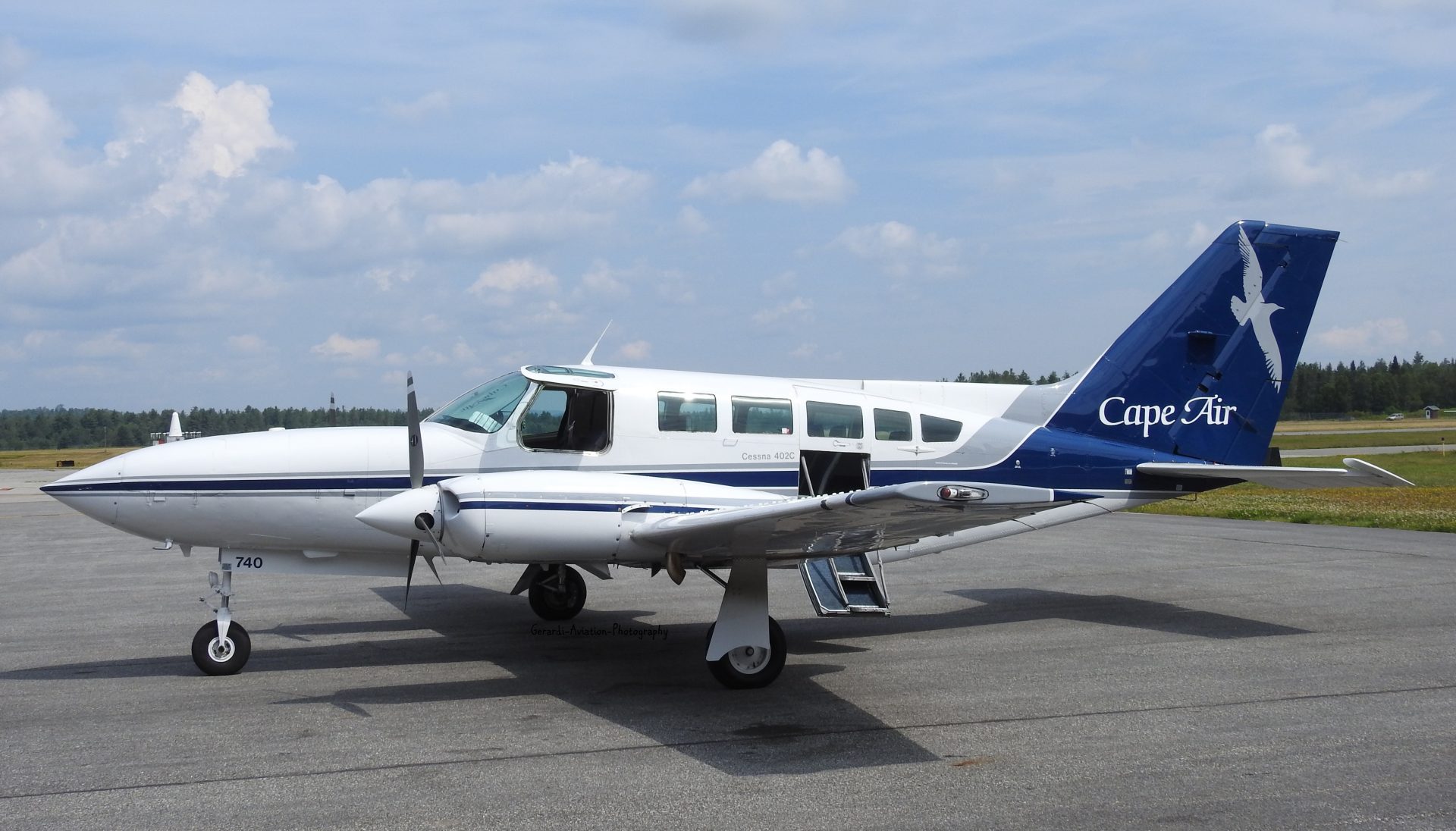 When carriers submit proposals, they must meet four criteria: service reliability, community views, interline with larger carrier(s) at the hub, and marketing arrangements with a larger carrier at the hub. That is a longer-winded way of saying the bidding carrier must have codeshares with a larger airline, the community they are bidding for must support them, and they must be reliable and not have a history of excessive delays or cancellations.

The DOT then posts the proposals the airlines submitted for public viewing on regulations.gov and the general public can make comments for a time period, which lasts usually for one or two months.

Community leaders and influential voices usually make public comments as well. Then after the community comment time window closes, the DOT makes their final decision based on the comments of the community and its leaders.

After the DOT makes a decision, they post an “Order Selecting Carrier” document on regulations.gov that explains what carrier won the bid and what service they will be required to provide for the next couple of years.

There isn’t a specific time of year that all contracts come up for renewal. Because of this, there is almost always a contract that is either open for community comments or that is waiting for a final decision from the DOT.

While most of the EAS contracts are straightforward, some are a little more complex. A few of them have different service depending on the time of year. Two of them stand out specifically in that regard

The first seasonal heavy EAS contract is Bar Harbor, Maine. This small community along the Maine coast offers many sights and activities year-round, but depending on the time of year the demand for flights to this destination fluctuates dramatically.

But during the summer months when leisure traffic picks up drastically, traffic spikes and the contract belongs to the Florida-based carrier. They fly to Maine using roughly 30-seat turboprop Saab 340s. The flights on Silver run from the end of May until the first week of September. Cape Air also serves the harbor during the summer, but without EAS subsidy. 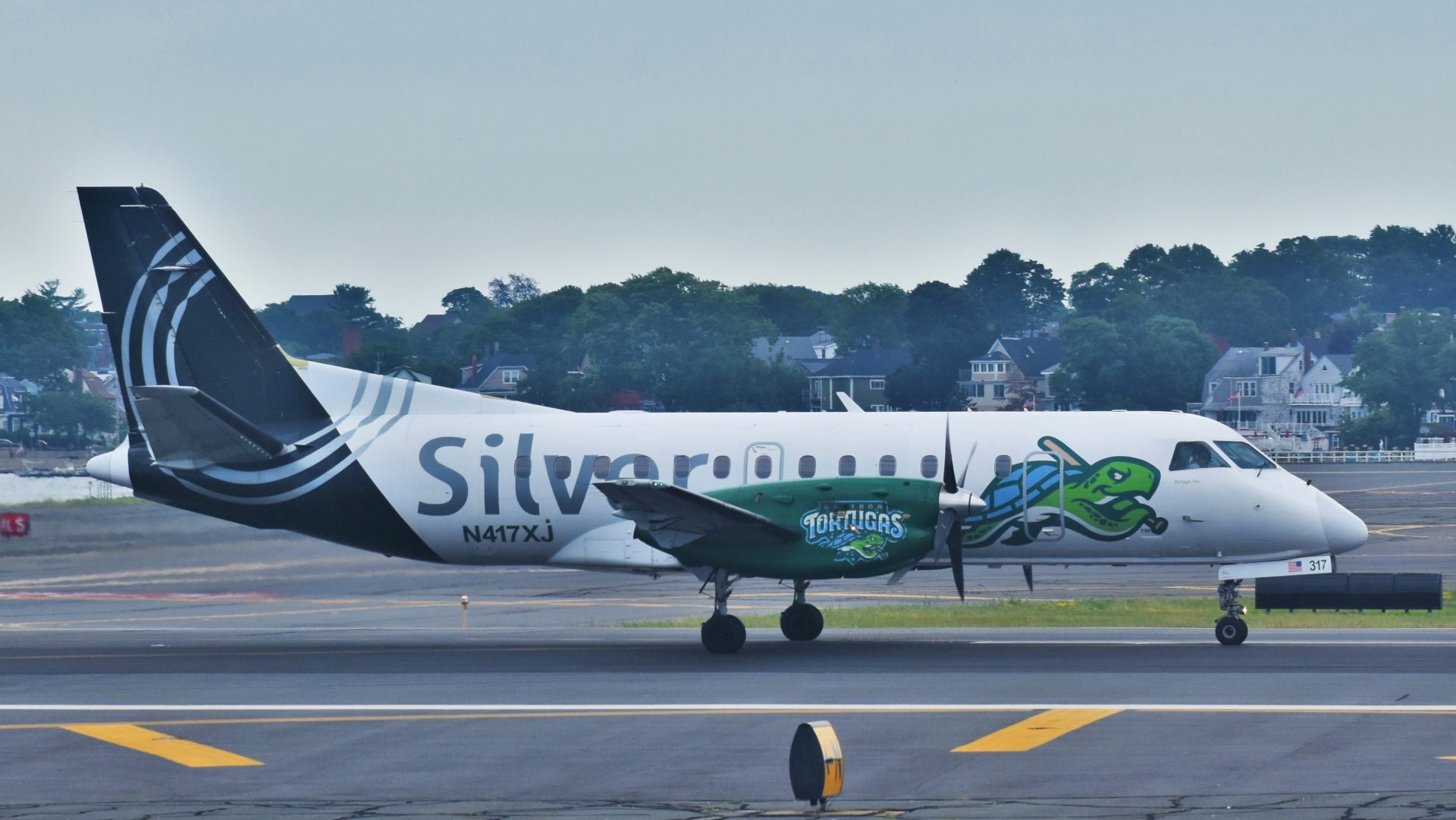 The second notable destination that has service variations depending on the season is West Yellowstone airport in Montana. This airport is located roughly two miles from the west entrance of Yellowstone National Park, which happens to be closed for roughly six months of the year, accounting for the seasonality of this contract.

From the beginning of May until mid-October, this airport receives twice-daily flights onboard Delta Airlines CRJ200s operated by SkyWest. From the beginning of November until April, the west entrance to the park is closed, making the airport obsolete for the winter months, so service comes to an end.

After the harsh Montana winter comes to an end, the air service resumes like it was never gone.

There are just over 160 Essential Air Service airports in the U.S., with about 60 of them being in the state of Alaska alone. The EAS airports in the lower 48 states and Hawaii are depicted in the map below along with the corresponding logo of the airline currently flying there. Bar Harbor has two logos next to it owing to the town being served by two airlines.

The state of Michigan has the most eligible EAS cities with nine, including Ironwood, Iron Mountain, Hancock/Houghton, Escanaba, Sault Ste. Marie, Pellston, Alpena, Manistee and Muskegon. A few states only have one EAS airport, and multiple states don’t have any eligible EAS airports. 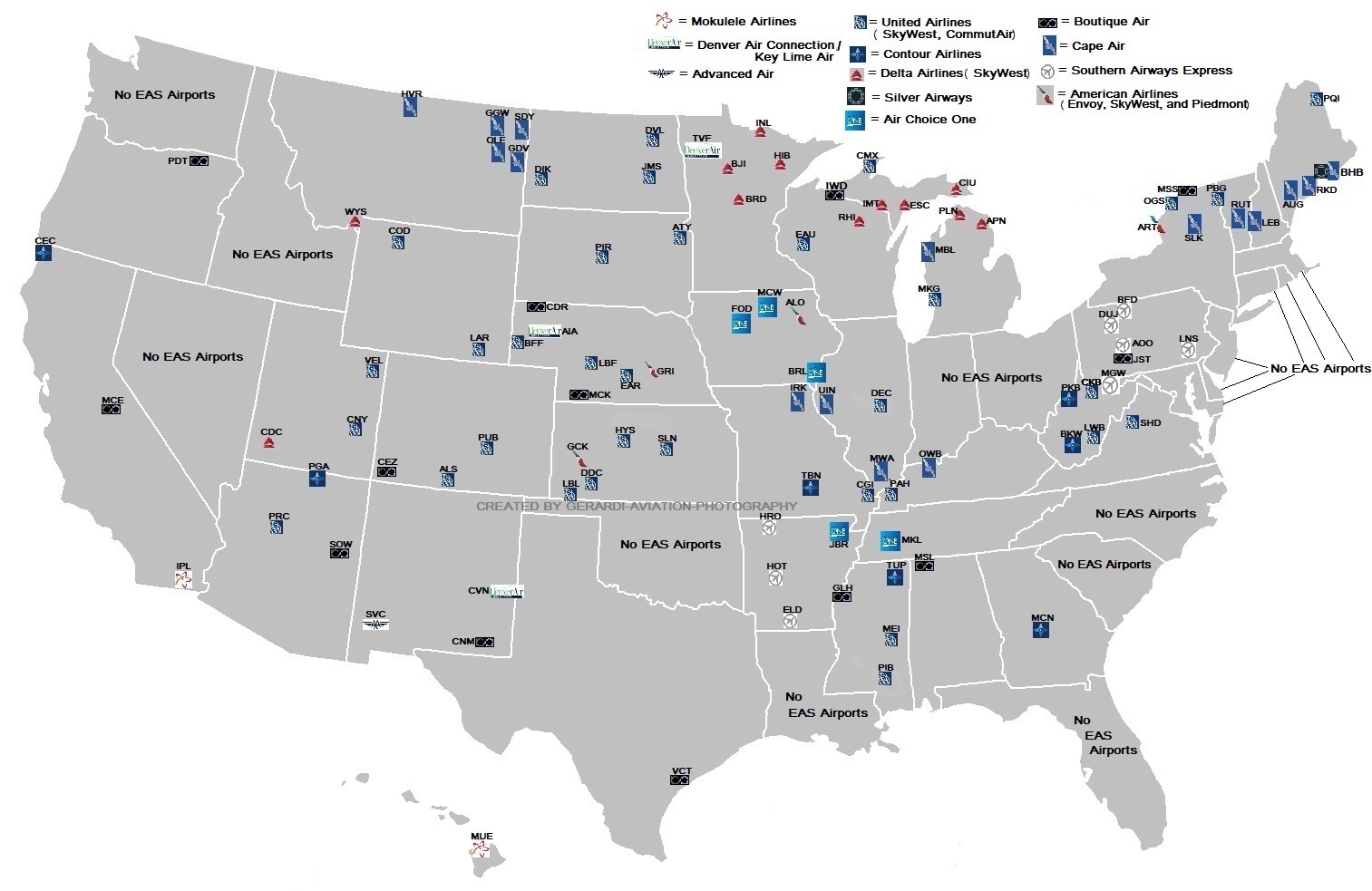 Due to the always-changing nature of EAS contracts, the carrier serving each city is correct as of Sept. 1. This map reflects the current contract or new contracts that are due to begin before or on Oct. 2. New airline contracts beyond Oct. 2 are not reflected on the map. 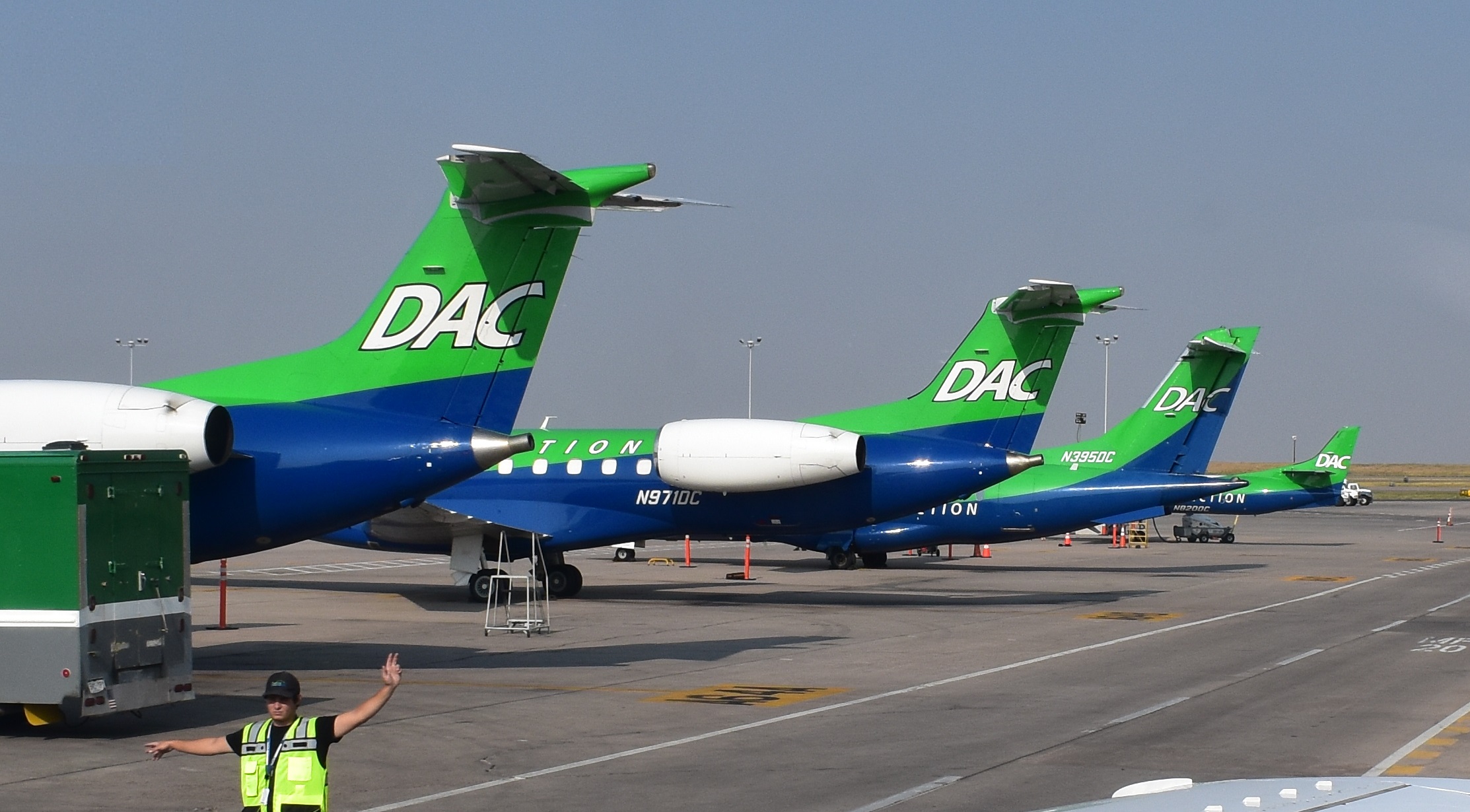 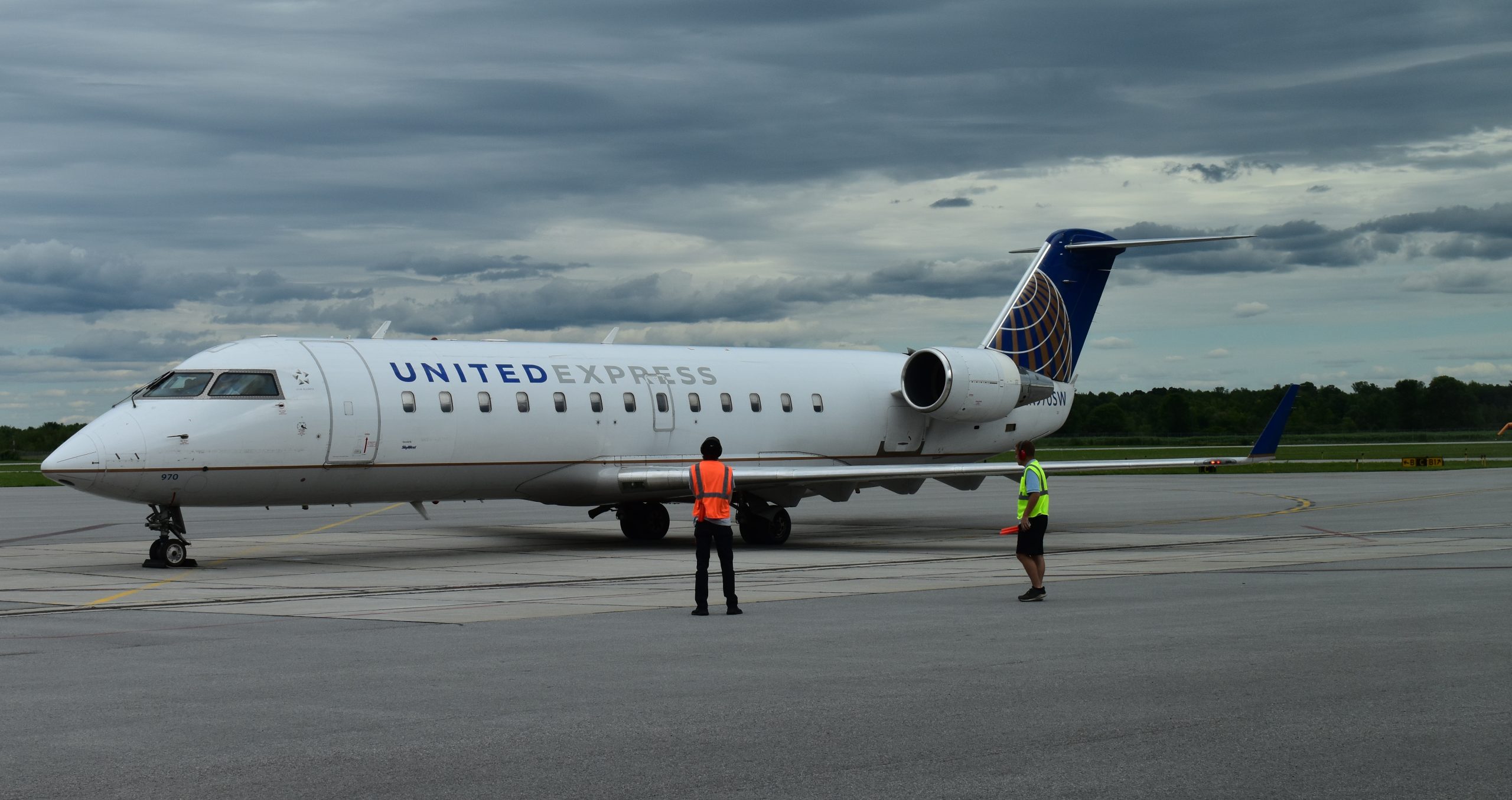