First International Flight From Colombia Will Be to U.S.

The reactivation of international flights in Colombia will begin with the first commercial flight between Cartagena and Miami on Sept. 19 to be operated by U.S. low-cost airline Spirit Airlines.

Other airlines such as Avianca and Viva Air have requested for local authorities and the Colombian government to reactivate their international routes. It is expected that over the course of the rest of September and October, these flights will be authorized, and more airlines will continue flying.

However, the inactivity at El Dorado International Airport in Bogota, which has lasted for more than 5 months, has also generated great uncertainty in the Colombian and Latin American aviation industry. This has arisen from the simple fact that Bogota’s airport is the most important hub in the country and one of the most important in Latin America.

On Sept. 7, the mayor of Cartagena William Dau stated that the city would begin to receive international flights from Sept. 21, as part of the city’s economic reopening process.

As announced, Colombian President Iván Duque ratified its tourist reopening Sept. 1, starting with the launch of a new stage in the framework of the COVID-19 pandemic. The Colombian president announced a new stage of “selective isolation” and “individual distancing”. In this framework, he ratified the resumption of domestic flights only, authorizing all the country’s airports, except those located in cities that still have a COVID-19 high impact, to operate intra-Colombia flights. 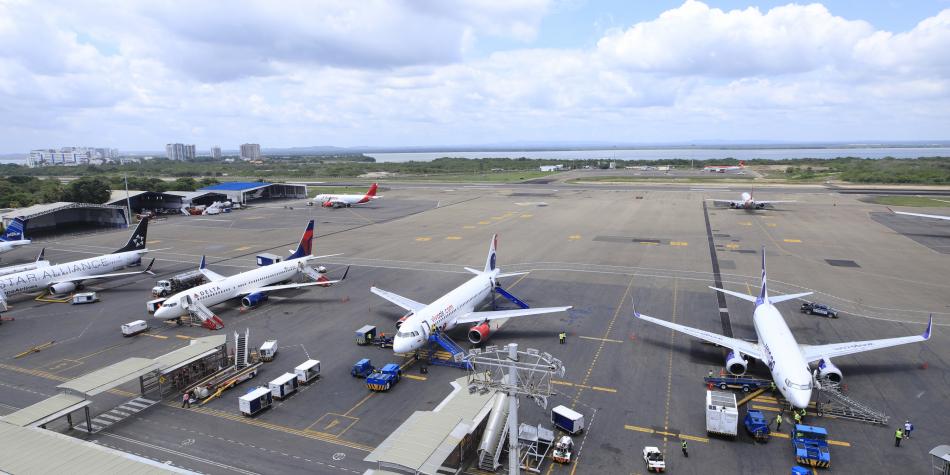 According to Dinero, Cartagena will become the first to confirm the restart of international operations since the selective isolation phase began on Sept. 1.

“National flights are already arriving and international flights will arrive from September 21,” Dau said during a cleaning day in the historic center of Cartagena. The mayor specified that the Colombian government recognized the city for its preparation.
“We are ready to receive tourists, we care about our citizens and passengers health: that they do not get infected here, and that they infect ours.”

The Ministry of Transport and the Colombian Civil Aeronautics also confirmed that Urabá Antioqueño, Las Brujas, and El Caraño de Quibdó, will be the next cities to see operations resume, in their cases on Sept. 21. With this announcement, the country will have 18 active airports for commercial flights.

General director of the Colombian Civil Aeronautics Juan Carlos Salazar highlighted the commitment of municipal authorities so this step could be made, which will help the economic reactivation of the country.

As announced, the emphasis of the aeronautical authority is placed on compliance with the recommendations of the biosecurity protocols of the Ministry of Health that must be adopted by both travelers and companies.