As airlines continue to slowly recover from the effects of the COVID-19 pandemic and the lack of demand, many airlines have turned to new routes in an attempt to reach the market of those who are still traveling. With the addition of 24 new routes from the fall of this year, JetBlue has become the latest airline to try and take advantage of newfound demand.

The addition of flights from both Palm Springs, Calif. and Bozeman, Mont. to Fort Lauderdale will make JetBlue the only airline serving Florida from the two popular leisure destinations. 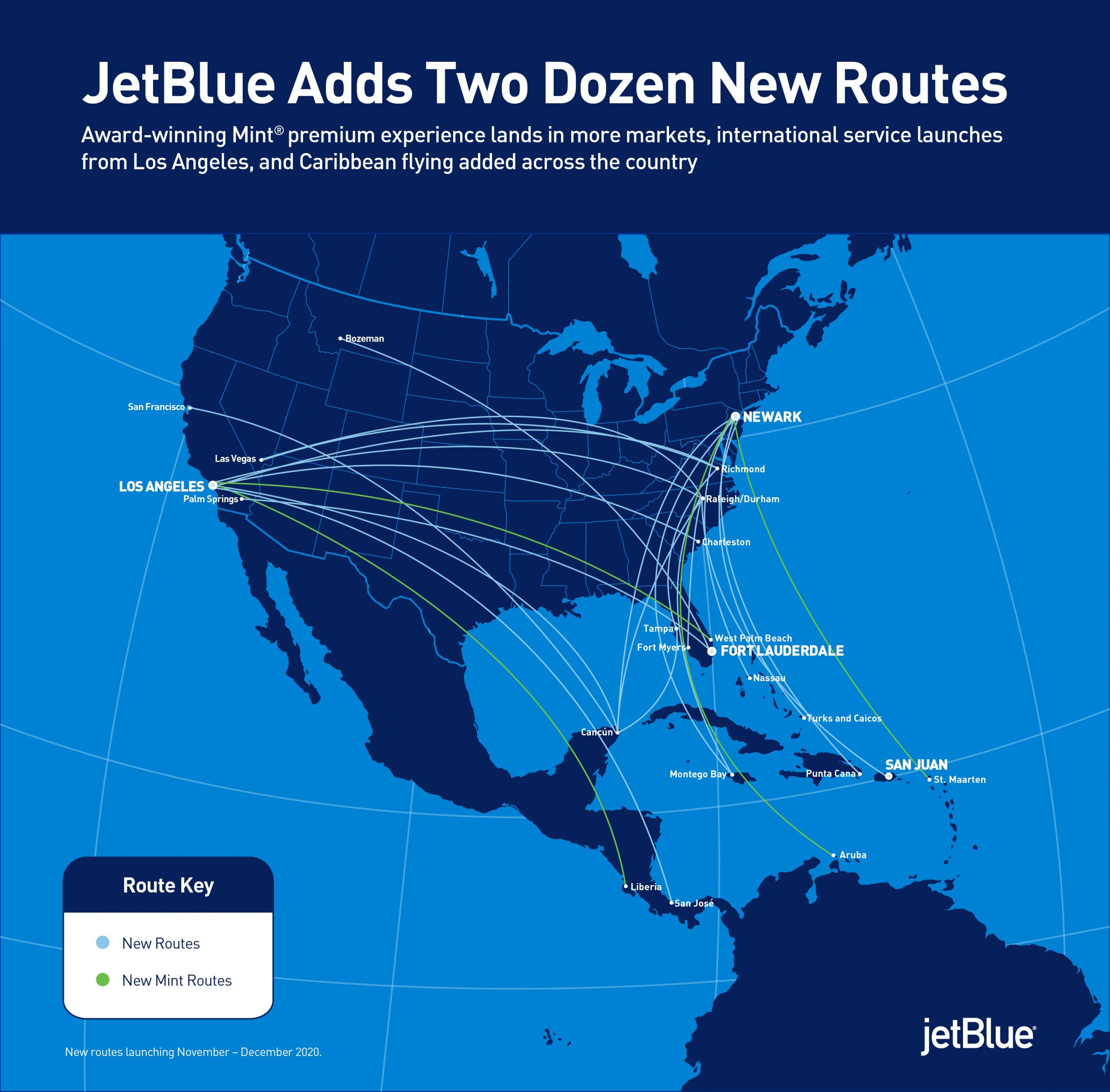 In a press release, Scott Laurence, JetBlue’s head of revenue and planning, said, “This is the latest example of JetBlue’s ability to be nimble and play offense as we quickly adjust to new customer behaviors and booking patterns.”

He continued to say, “This latest series of new routes – even in the current environment – advances our revised network strategy, returns more aircraft to the skies and doubles down on our ability to generate more cash sooner.”

All flights are scheduled to launch on Nov. 19 or Dec. 18, with tickets already on sale. All flights to international destinations from the United States are subject to government regulatory approval.